(Hint: It’s Not the Photographers) 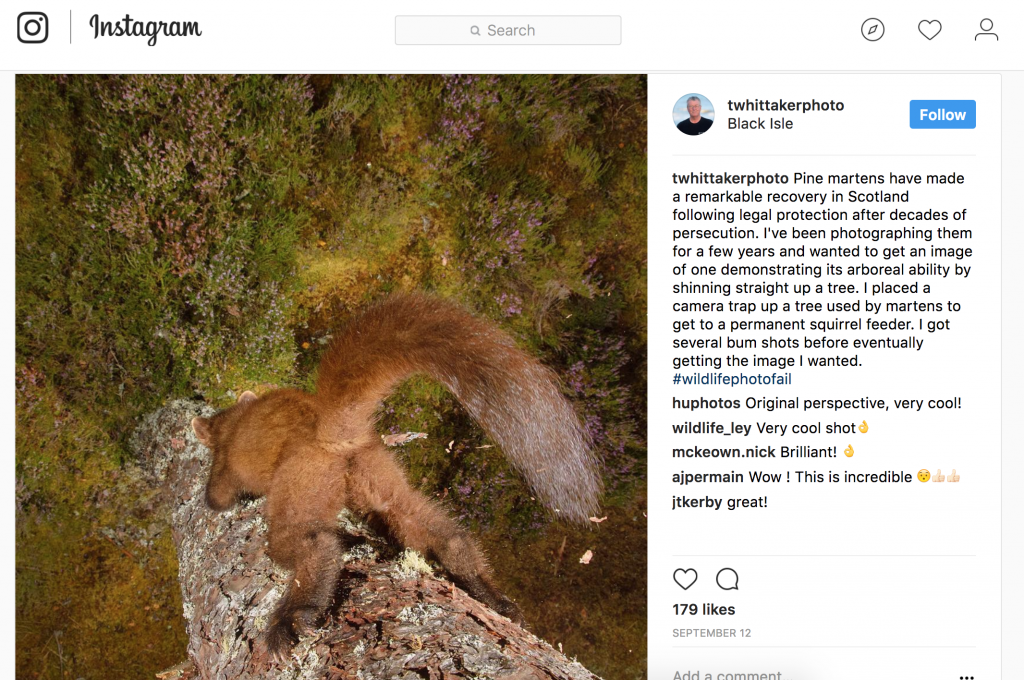 (Photo in screenshot by: Terry Whittaker)

Global Wildlife Conservation’s first annual #WildlifePhotoFail contest wrapped up Nov. 3 and an esteemed panel of nature photographers—including those from National Geographic and the International League of Conservation Photographers—has selected the winner from nearly 200 Instagram submissions: a camera trap image of a “cheeky” pine marten by professional photographer and photo tour guide Terry Whittaker.

Whittaker, who is a resident of Manchester, England, took the photo fail winner via a camera trap set about 16 feet off the ground in an attempt to show pine martens as versatile climbers in their natural pine forest habitat. Whittaker has spent the last few years photographing pine martens, which are rebounding in the UK after teetering on the brink of extinction as the result of hunting and habitat loss. For the winning shot, Whittaker set up a camera trap beside a squirrel feeder box the marten had been feasting from. It was only after a series of failed images that Whittaker got what he had originally envisioned: 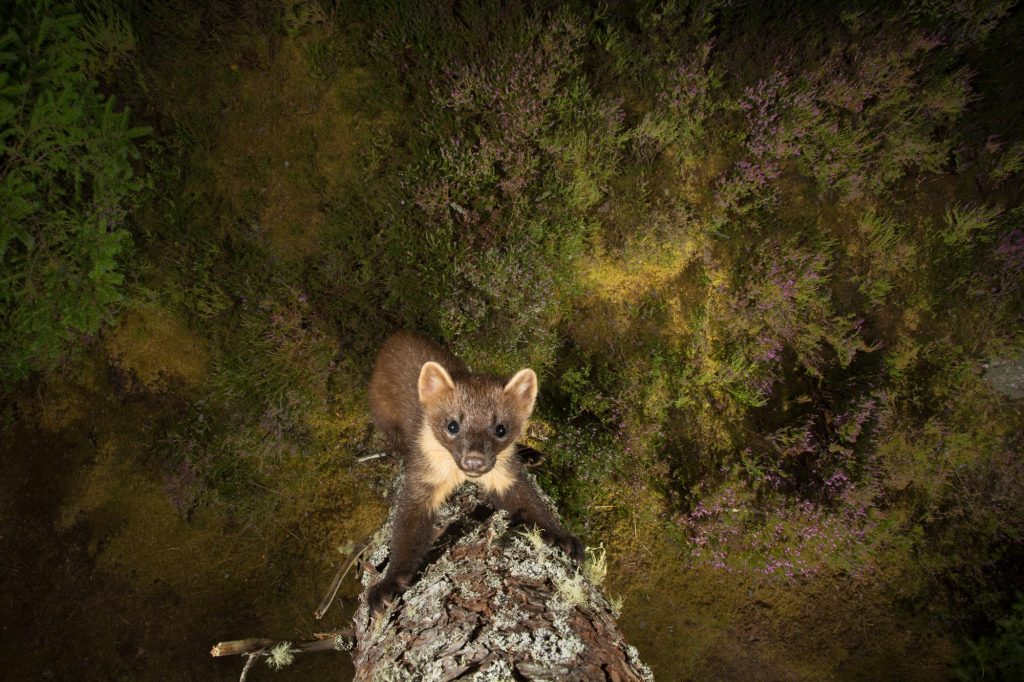 “Apart from never wanting to take myself too seriously, there are so many things that can—and do—go wrong,” Whittaker said. “The weather, uncooperative wildlife, malfunctioning equipment. If I didn’t keep a sense of humor, I’d probably go crazy.”

GWC’s social media followers also voted on four semi-finalists for the People’s Choice Award. A camera trap image of a defiant pampas cat was the winner with 352 votes out of nearly 600 total votes. The photo caption, submitted by a small conservation project, explains that the team was trying to put a GPS collar on a pampas cat, which ignored the trap completely and instead took a seemingly mocking selfie:

(Photo in screenshot by: Terry Whittaker)

“Photography contests abound that recognize technical and artistic brilliance, but few celebrate the process of getting there,” said GWC Communications Director Robin Moore, a wildlife photographer represented by National Geographic Creative. “The Wildlife Photo Fail Awards were launched as an excuse for photographers to share their most epic blunders in the pursuit of the perfect wildlife photograph. The entries did not disappoint, and the winning images speak to the truth that it is often the wildlife, not the photographer, who has the last laugh.”

*The winners of GWC’s wilderness adventure drawing will select a dream vacation to his or her choice of the Galápagos, Costa Rica or South Africa. Individuals may also directly enter the drawing, which closes Dec. 2.