Global Wildlife Conservation, the GRAMMY Museum® and The California Science Center partner to raise awareness of the need to preserve Earth’s biodiversity 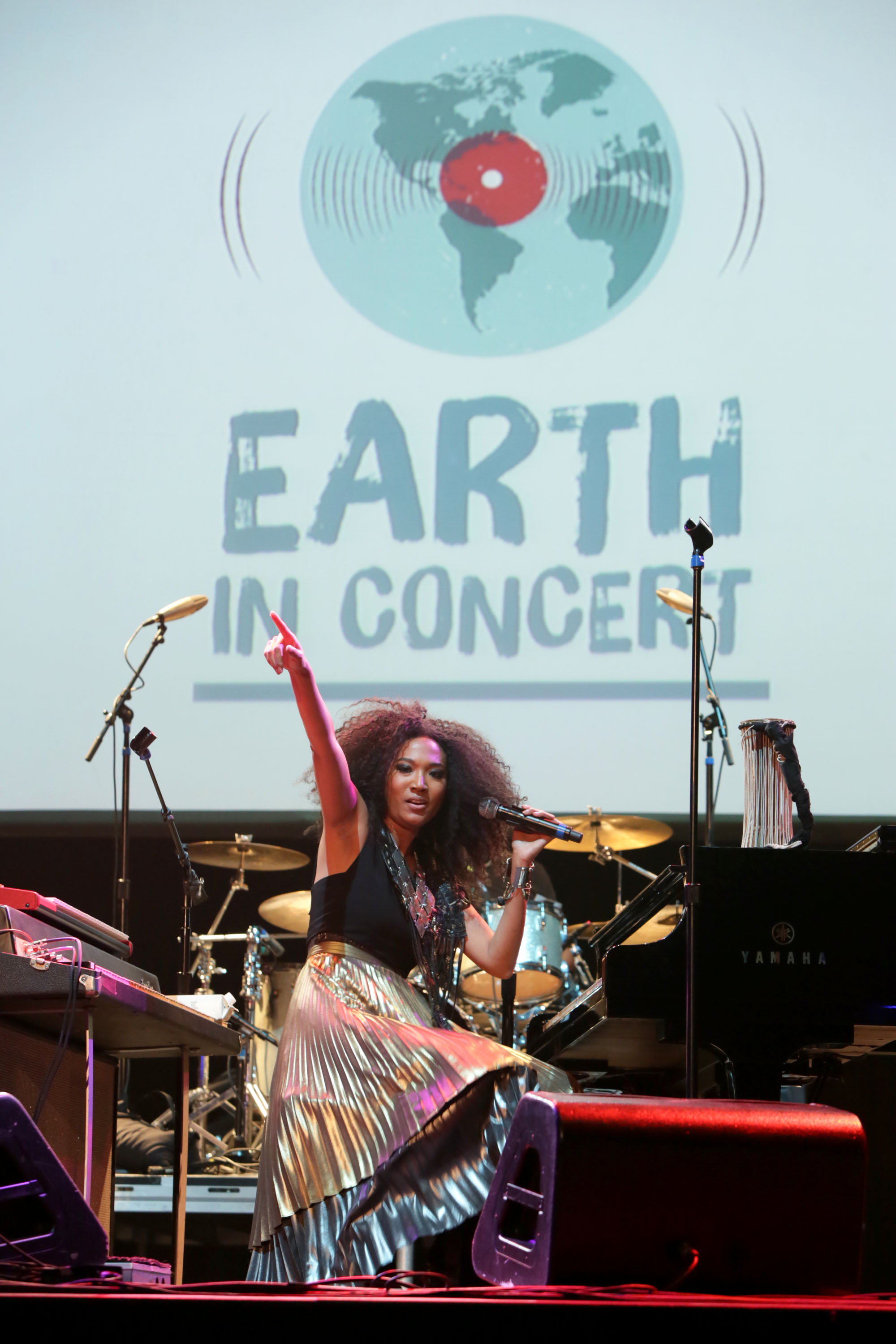 LOS ANGELES (Nov. 17, 2015) — The California Science Center, in partnership with the GRAMMY Museum® and Global Wildlife Conservation, announces the opening of Earth in Concert: Protecting the Planet Through Music – a first-of-its-kind multimedia and interactive exhibition focused on raising awareness about the importance of conserving Earth’s biodiversity. Earth in Concert examines the current status of biodiversity in our oceans, grasslands, and forests, while exploring how several musicians have helped raise awareness of the global issues that threaten our planet. Artists featured in the exhibit include Sheryl Crow, Jack Johnson, Ziggy Marley, Willie Nelson, Sting, and Pharrell Williams. 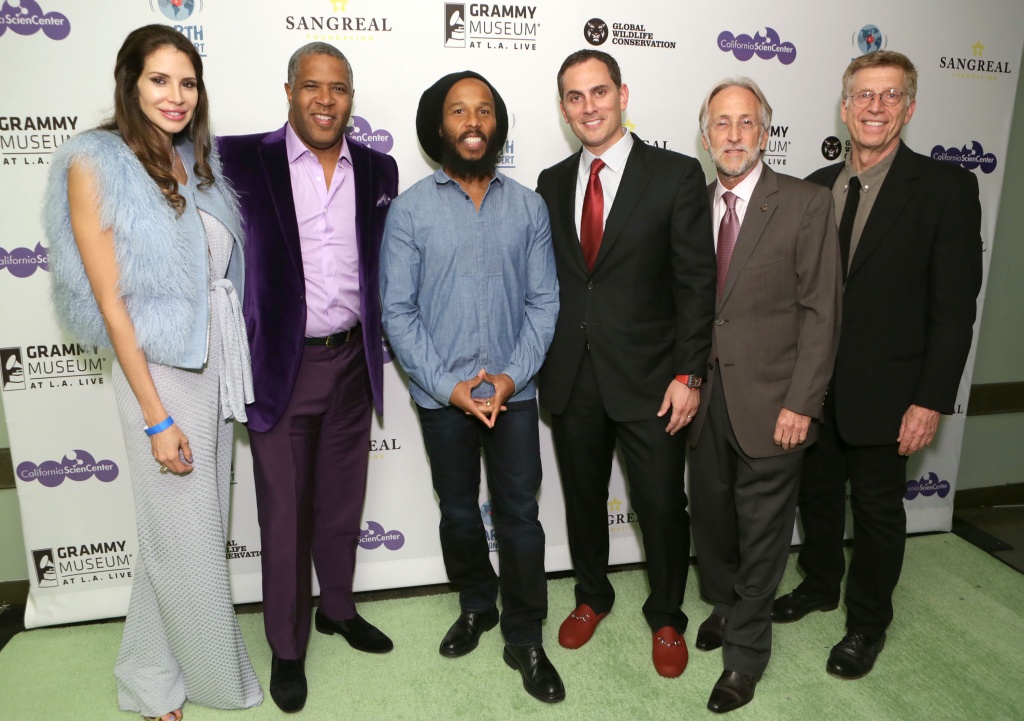 To celebrate the opening and the unique partnership between the GRAMMY Museum and Global Wildlife Conservation, on Wednesday, Nov. 11,the organizations hosted a star-studded concert with performers committed to raising awareness of the need for preserving Earth’s biodiversity. Seven-time GRAMMY-winning reggae artist Ziggy Marley, 21-time GRAMMY-nominated and multiple GRAMMY-winning country legend Dwight Yoakam, GRAMMY-winning soul singer/songwriter Judith Hill, and pop sensations Us The Duo performed to a packed house at Club Nokia in Los Angeles. All proceeds from the concert will benefit Global Wildlife Conservation and the GRAMMY Museum.

“We couldn’t be more excited to have these artists help us launch what is undoubtedly one of the most unique and creative conservation awareness exhibits of our time,” said Bob Santelli, Executive Director of the GRAMMY Museum. “We look forward to continuing the excitement and energy generated by the concert for years to come as the exhibit travels around the country sharing its important message of conservation and hope.” 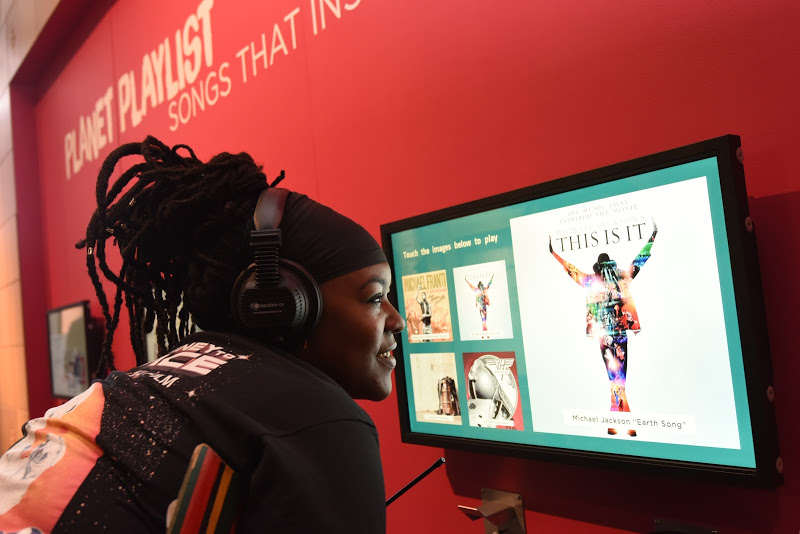 “We thought it would be great if we had a platform where musicians could get more involved in one of the biggest challenges of our time – saving our planet. And this exhibit and concert was the answer,” said Brian Sheth, Chair, Global Wildlife Conservation. “We hope that both will not only inspire us to celebrate the richness of life within our seas and throughout our continents, but also inspire us to become more active caretakers of this fragile planet we all call home.”

The “Earth in Concert: Protecting the Planet Through Music” event is made possible by the Sangreal Foundation and by Brian and Adria Sheth in partnership with the GRAMMY Museum at L.A. LIVE and Global Wildlife Conservation.

About the GRAMMY Museum

The GRAMMY Museum is an educational and interactive music museum in downtown Los Angeles committed to engaging children and adults in the power of music – through music education programs, interactive exhibits, workshops, and performances celebrating all musical genres. With four floors of dynamic and innovative exhibits, the GRAMMY Museum takes visitors on an unparalleled musical journey. For more information, please call 213-765-6800 or visit www.grammymuseum.org. For breaking news and exclusive content, follow @TheGRAMMYMuseum on Twitter and Instagram, and like “The GRAMMY Museum” on Facebook.

About the California Science Center

The California Science Center is a dynamic destination where families, adults and children can explore the wonders of science through interactive exhibits, live demonstrations, innovative programs and awe- inspiring films. Its mission is as follows: “We aspire to stimulate curiosity and inspire science learning in everyone by creating fun, memorable experiences, because we value science as an indispensable tool for understanding our world, accessibility and inclusiveness, and enriching people’s lives.”