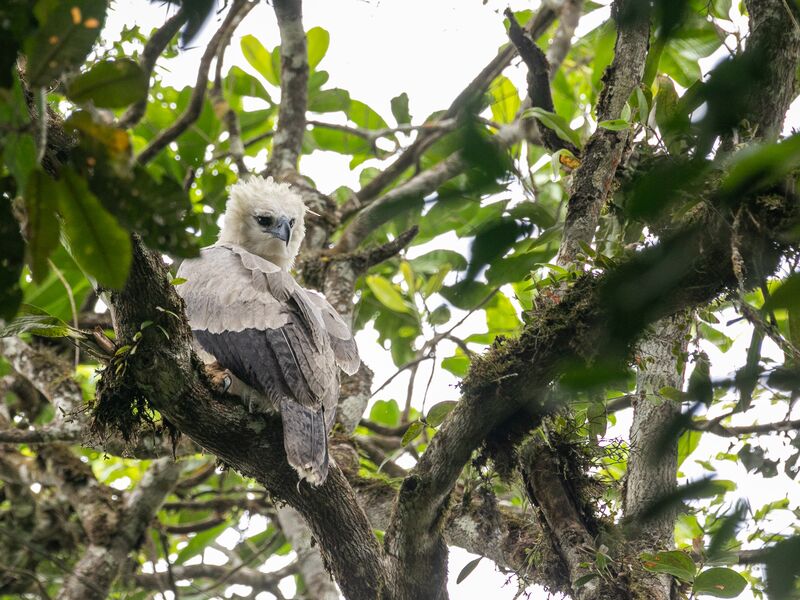 Today, Sept. 1, the Provincial Court of Orellana in Ecuador’s Amazon announced its decision in a high-stakes lawsuit concerning a massive oil spill that occurred on April 7 in the biodiverse headwaters region of Ecuador's Amazon, affecting the health and livelihoods of thousands of Indigenous Kichwa community members. The lower court judge dismissed the case, citing that it was the incorrect legal venue. Instead, he asserted that administrative, civil and criminal mechanisms exist to address plaintiffs’ claims for remediation and redress, thereby denying that the constitutional rights of Indigenous peoples and nature were violated. Plaintiffs will immediately appeal the verdict and, with other Indigenous organizations and international partners, ramp up their global campaign “Stop Amazon Extraction” calling for a moratorium on all extraction in the Amazon.

“We denounce the judge’s decision today,” said Carlos Jipa, president of the Kichwa Indigenous federation, FCUNAE. “The judge failed to even so much as acknowledge our rights, when, in fact, his decision should have ordered the immediate suspension of crude oil through the compromised pipelines that continue to endanger my people. Oil operations are still contaminating our rivers and threatening our lives. We protect our rivers and our forest, and we are ready to fight this until the end. We will appeal the court’s decision.”

The spill was the result of the SOTE and OCP pipelines that ruptured from erosion and put at risk the safety and health of the Kichwa people; communities in Ecuador, Peru and Brazil that depend on the Coca and Napo rivers for drinking water. A number of endangered and vulnerable wildlife species in the area were also threatened by the spill. Aggressive erosion and massive landslides are threatening an imminent second oil spill.

The affected indigenous territories overlap the Bajo Napo Key Biodiversity Area (KBA), a site of global importance to the planet’s overall health and the persistence of biodiversity. The KBA is home to a remarkable diversity of wildlife. With more than 580 species of birds, including harpy eagles, zigzag herons and cocha antshrike, and high levels of biodiversity of species of ant birds, tyrant flycatchers, ovenbirds, parrots and tanagers, the KBA is a popular spot for ornithologists and birdwatchers.

The Bajo Napo Key Biodiversity Area includes flooded forests, land and riparian forests, blackwater lagoons and canals that connect to the Napo River by small tributary rivers. It encompasses a number of nature reserves, including a UNESCO Biosphere Reserve and Ramsar Wetland of International Importance.

The KBA’s imperiled species include giant armadillos, giant anteaters, lowland tapirs, mountain lions, jaguars, Goeldi’s monkeys, Amazon River dolphins and Amazonian manatees. In addition to the threat of another oil spill, these species face the threats of deforestation for cattle ranching and other agricultural activities, and poaching for wildlife trade.

Despite substantial evidence that the state and oil companies acted negligently and violated the rights of the Kichwa and of nature, which included extensive testimony from scientific experts and first-hand accounts from community members, the defense’s lawyers argued throughout the trial that the companies were not responsible. They claimed that the oil spill was an unpreventable “act of nature” and that the river would clean itself over time. They also claimed to have supplied adequate food and water to communities whose lands and drinking water were contaminated, but community members who received limited supplies over the past four months say the aid was wholly insufficient to survive on and came with strings attached.

“The court’s decision is unacceptable,” said Maria Espinosa, lawyer for the case from GWC partner Amazon Frontlines. “Twenty-seven thousand Indigenous people are still in grave danger and facing the imminent risk of another oil spill. Throughout the trial, we have demonstrated how the Ecuadorian government and the oil companies violated the constitutional rights of Indigenous peoples and the rights of nature, and that extractivism is destroying people’s lives and the Amazon rainforest. To this day, there is still no guarantee of justice or reparations for those affected. We will appeal this ruling, and fight together until justice is delivered.”

The harpy eagle is a species classified as near threatened on the IUCN Red List of Threatened Species and lives in the Bajo Napo Key Biodiversity Area, which is threatened by the ongoing risk of oil spills in Ecuador. (Photo by Sean Graesser/IG tag: @gourmetbiologist)