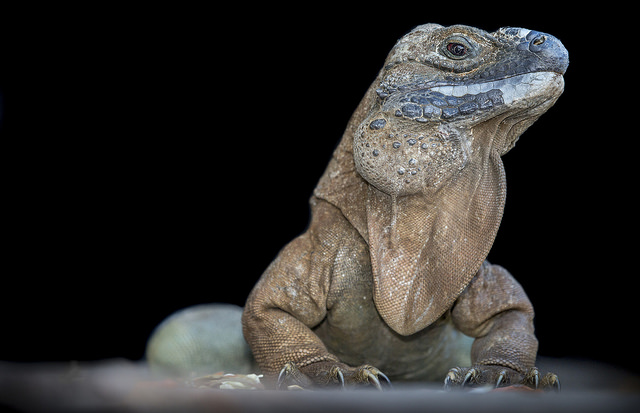 Global Wildlife Conservation and International Iguana Foundation offer their sincere congratulations today, Sept. 28, to Jamaica Environment Trust after receiving the news that the Jamaican government will not be handing over the Goat Islands to China Harbour Engineering Company to build a proposed $1.5 billion transshipment port. By working with partners to bring transparency to the process and encourage the Jamaican government to abide by its national and international environmental commitments, JET has led the way in thwarting this ecological disaster in the heart of the Portland Bight Protected Area, the country’s largest nature reserve.

“The development would have jeopardized the last remaining habitat of the critically endangered Jamaican iguana in the Hellshire Hills on the mainland, sending more than 25 years of work in recovering the species up in smoke, and killed the vision of creating a haven free of introduced predators for the iguana on the Goat Islands,” said Robin Moore, conservation biologist and GWC communications director. “Having spent so much time involved in this project, and for the most part feeling pretty discouraged about prospects for the area, the species, and all who have worked so hard to bring the iguana back, this news is like a powerful jolt of inspiration.” (Read Moore’s personal account and photos from his trips to the Goat Islands)

Under the leadership of Diana McCaulay, Jamaica Environment Trust has worked tirelessly to bring transparency to the process of deciding where else the new transshipment port and logistics hub could be placed, and giving voice to those living within the Portland Bight Protected Area–those who would be directly impacted by the development. JET has also raised concerns over the long-term repercussions of the development to both the health and productivity of the ecosystem and local communities.

News that the Jamaican government would not destroy the Goat Islands came at first in a tweet Sept. 22, relayed from a town hall meeting in New York City in which Jamaica’s prime minister, Andrew Holness, was asked directly about the status of the islands. Holness elaborated by stating “there are other locations [for the port] that would do less environmental damage.”

In April of 2014 and again in September of 2015, Moore traveled to Jamaica to work with JET and IIF partners to bring global attention to the ecological havoc the proposed project would wreak on the Goat Islands and surrounding habitats. The result was the Save Goat Islands documentary, featuring the Jamaican iguana and highlighting how the transshipment port would likely condemn the endemic species to extinction. Together the partners also secured a number of international news stories and ran a social media campaign around SaveGoatIslands.org and #SaveGoatIslands (now #GoatIslandsSaved).

The Portland Bight Protected Area is home to numerous globally threatened plant and wildlife species. Found only in Jamaica, the Jamaican iguana was presumed extinct for four decades. After a small population was re-discovered in the Hellshire Hills in 1990, an international consortium of conservationists mobilized to develop a program of headstarting, invasive predator control and re-introduction to boost recovery of the population.

Though the IUCN Red List of Threatened Species classifies the Jamaican iguana as critically endangered, the IUCN highlights these conservation efforts as “one of the greatest success stories in conservation science.” Recently researchers have observed an eight-fold increase in the number of female Jamaican iguanas nesting in the wild, and the news this week keeps the vision of creating a second haven for the iguanas on the Goat Islands—free from introduced predators—alive.

“I think I speak on behalf of numerous passionate individuals and dedicated organizations who have invested blood, sweat and tears into this project over the past quarter century, in congratulating Prime Minister Holness and the Jamaican government in making a responsible decision and recognizing the long-term economic benefits of a healthy environment for Jamaicans and thereby keeping this vision alive,” said Rick Hudson, executive director of the International Iguana Foundation, which has helped spearhead the recovery effort for the Jamaican iguana. “The future for this species depends on preserving the tropical dry forest ecosystem, but the Goat Islands are really the lynchpin in ensuring their long-term survival.”

The International Iguana Foundation supports conservation, awareness, and scientific programs that enhance the survival of wild iguanas and their habitats. Working to save the most threatened of the world’s 44 iguana species, the IIF provides critical support to field conservation, research and recovery programs. Learn more at http://www.iguanafoundation.org