Traditions & Tamaraw: The Challenges Rangers Face Protecting An Endemic Species In The Philippines

The heat and humidity were stifling as the Tamaraw Conservation Program (TCP) rangers and I mustered our kit for the trek to Mts. Iglit-Baco National Park on the Philippine island of Mindoro. The TCP rangers (a special unit of the Department of Environment and Natural Resources) formed in 1979 as a direct response to the multitude of threats faced by the Critically Endangered and endemic Tamaraw (Bubalus mindorensis). A species of dwarf buffalo, these animals exist in a few isolated populations on the island, and the national park is home to the majority, an estimated 400 individuals. 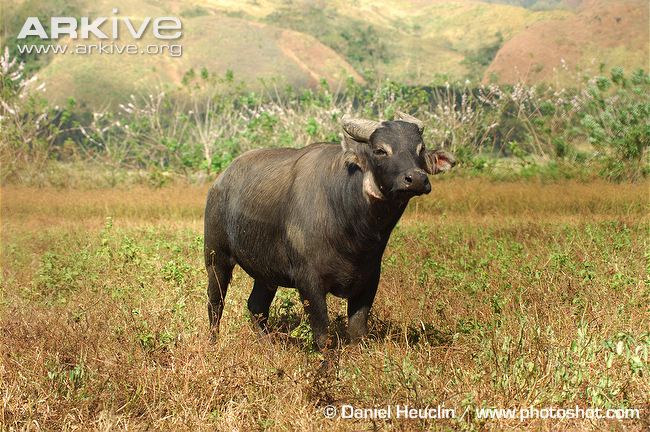 I traveled to Mindoro as a part of GWC’s mission to aid the Tamaraw by engaging with the TCP on the ground level and to gain a better understanding of the current situation. This was to be no standard anti-poaching assessment operation, however. While most of the threat comes from unscrupulous poachers, hunting Tamaraw for rare meat or a trophy, danger to the population size also stems from a combination of potential disease transferred from livestock, habitat loss or degradation across Mindoro, and unregulated traditional hunting practices.

Throughout the patrol it feels as if the forest has eyes, and it does, as we are often observed by the indigenous peoples of the area, who continue to lead traditional lives all over Mindoro, including within the park. Here, people of the Tau-Buid tribe often want very little to do with the Tagalog ‘lowlanders,’ and even less with foreigners such as myself. Yet, they have worked out agreements with the park, from seasonal hunting and trapping practices, designated ‘non-hunting’ areas and reporting on the overall number of Tamaraw taken each year. The situation is well-managed, but fragile. Sensitivity is needed at all times to maintain good relationships between the Tau-Buid and the park. 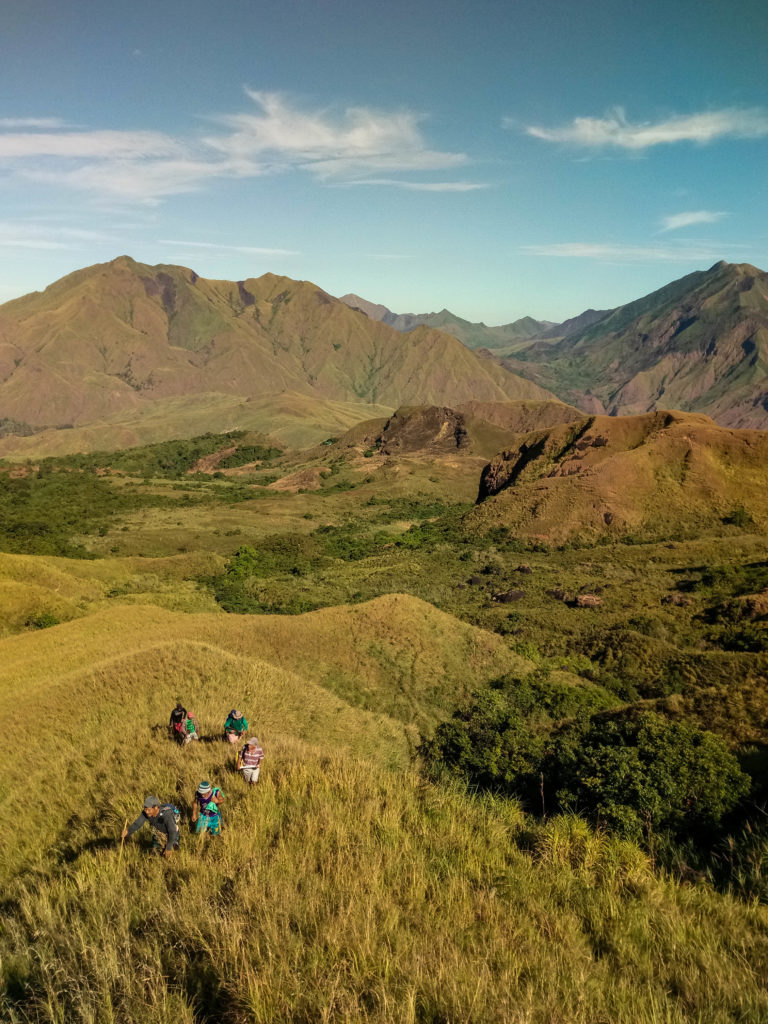 We patrol for days, searching for signs of illegal activity, through some of the toughest terrain I’ve ever encountered. We conduct patrols along mountainous ridge lines or through fields of grass; way above head height, forests of paper cuts through which we crawl on hands and knees. We wade through rivers, ascend and descend hundreds of meters of trail-less jungle, working our way through the dense vegetation. The rangers themselves face not only these tough working conditions but long shifts away from their families, sparse equipment and often a lack of support in their duties. The older rangers, many who have been with TCP for over two decades now, know this area intimately and can easily fall into routine. Meanwhile, some of the younger ranger staff, many from families who descend from the Tau-Buid, often stop to take ‘selfies’ or search for a phone signal, a stark reminder of how quickly people adapt to this globalized world. Still, they all persist, joking and smiling, discussing the plight of the Tamaraw and conservation strategies for the park, in the way only rangers can while patrolling through these harsh environments.

The skull of a recently killed Tamaraw. (Photo by: J. Slade)

It’s not long before we find indicators of hunting, including that of Tamaraw, which shifts the mood to an air of solemnity as we wait out a passing storm in a cave. Who is responsible? Was it an organized illegal hunt, or simply opportunistic? We all understand the need to reduce intensive hunting and have seen populations decline, but are also aware that surviving in a traditional lifestyle must be becoming harder each year. Better resources for TCP are needed here, to create solutions that mitigate the loss of Tamaraw, but keep in mind the rights and needs of the local people. There can be animosity at times here between the rangers and the communities, but to save the Tamaraw, there is a need to co-exist. 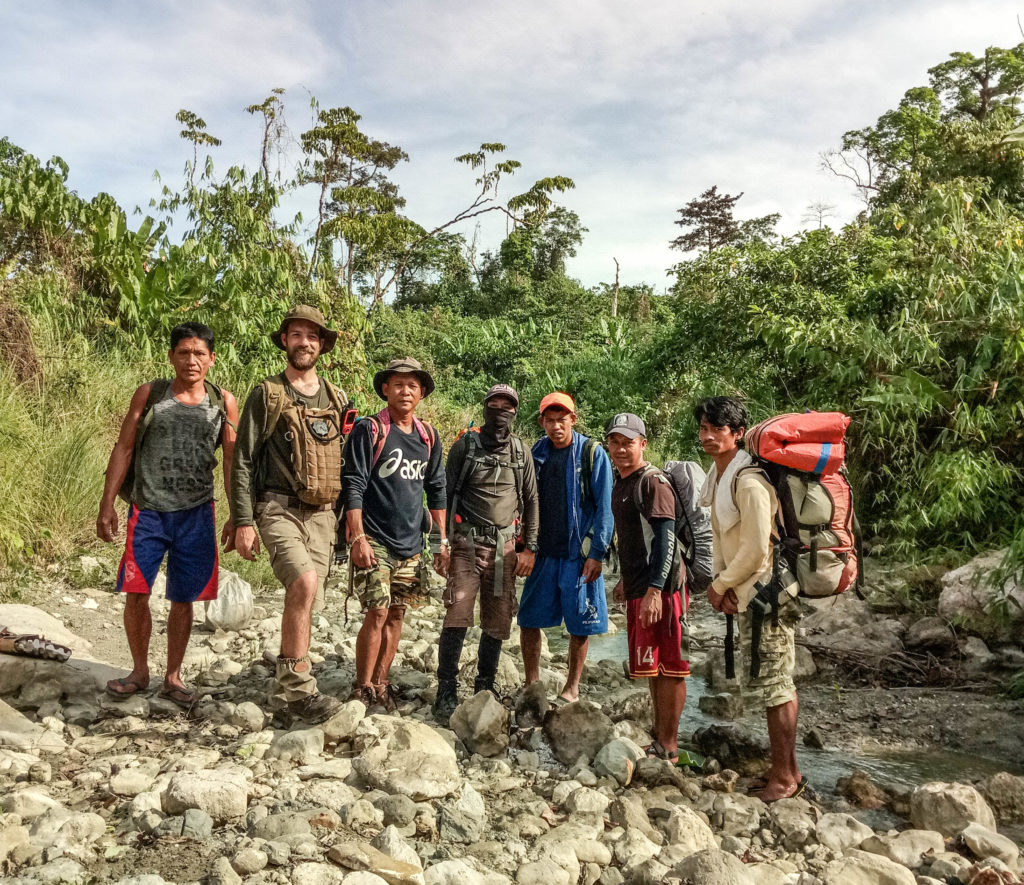 Setting off on patrol once again, this time in Aruyan Malati. The home of a second Tamaraw population, the area faces the same threats, without the protection status of a national park. (Photo by: Jackie Belmonte, Jr., D’Aboville Foundation)

We carry on the next morning with days still to go, patrolling the national park and Aruyan Malati, home to another isolated population of Tamaraw. Life is not easy here for the rangers, the Tamaraw or the indigenous peoples. Yet, as we step off on patrol once again, we know that a collaborative effort is the only way to succeed. Only together can we help save this iconic species, for the future for all is intertwined.

James Slade is GWC's wildlife crime prevention officer. Having spent the majority of the past 10 years working in Southern Africa, he engages crime prevention strategies with a holistic approach, working together with local partners and authorities to create area specific solutions. One of James’ primary focuses is on the role of the field ranger, ensuring effective management and welfare of front-line conservationists.