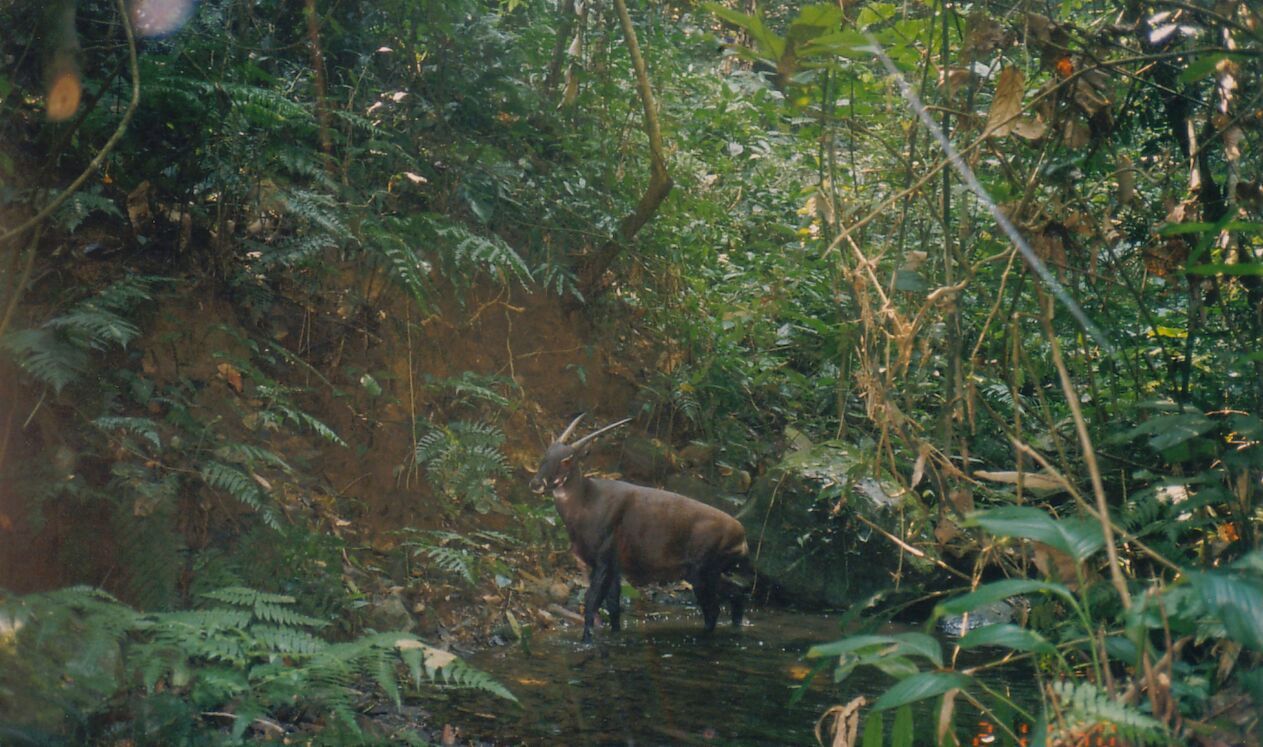 The second-annual World Saola Day, July 9, marks a renewed sense of hope and urgency for an international partnership developing the first-ever conservation breeding program for the saola, an antelope-like mammal so rare that no biologist has ever seen it in the wild. Although the partnership, coordinated by the Saola Working Group (SWG), has made significant advances in the protection of saola habitat in the Annamite mountain range on the border of Vietnam and Laos, commercial poaching remains rampant, leaving the saola teetering on the edge of extinction.

“Time is running out for the saola,” said William Robichaud, coordinator of the Saola Working Group of the International Union for Conservation of Nature (IUCN) Species Survival Commission (SSC). “A conservation breeding program for a species as elusive as the saola certainly faces challenges, but inaction now poses an even greater risk to the survival of this remarkable animal. With the support and expertise of some of the world’s premier field conservation organizations, leading conservation-oriented zoos, and governments of both range countries, we are well-positioned to make a difference before it’s too late.”

Vietnam’s Ministry of Agriculture and Rural Development, in technical partnership with the Saola Working Group, has selected Vietnam’s Bach Ma National Park as the site for the world’s first saola breeding center. The Bach Ma center is currently under development, with completion targeted for late 2017 or early 2018.

Before bringing animals into the center, however, the team will need to find them. Since the species’ astounding discovery in 1992, only about 10 saola have ever been captured alive, all caught by local villagers in Laos and Vietnam. Without professional veterinary and husbandry care, the longest that any of the animals lived was a few months. The last saola known to be captured alive was in 2010 in a village in Laos. It died in less than a week.

Biologists have also only photographed the species five times in the wild since its discovery, all by camera traps—twice in Laos and three times in Vietnam. The most recent camera trap photos were taken in 2013, when a WWF camera trap caught images of an animal in a saola nature reserve in central Vietnam. It was the first photo of a saola in the wild in more than 15 years. Saola are difficult to detect because of their elusiveness, which gives them the nickname Asian “unicorn,” and because they live in dense forest in remote and difficult terrain.

“We are in a race against the clock to save the saola and it will take an all-out effort to ensure their survival—through captive breeding and increased enforcement efforts against poaching, wildlife trade and habitat destruction,” said Thinh van Ngoc, country director, WWF-Vietnam. “The few confirmed sightings of saola are a testament to the dedicated and tireless efforts of the forest guards. We hope one day that these guards will be rewarded with a growing, healthy saola population in the Central Annamites Species Recovery Landscape.”

SWG biologists and partners are currently testing several techniques to detect saola, ranging from “tried-and-true” methods, such as the use of automated camera traps, to newer methods including environmental DNA.

Camera trap efforts in the saola’s range have provided invaluable information about other rare and endemic Annamite species in recent years, including the Annamite-striped rabbit and the critically endangered large-antlered muntjac, which is a species of barking deer. Large and medium-sized mammals in the Annamites are threatened by intensive poaching, usually accomplished by the setting of wire snares. SWG and partners will also use the breeding center to establish the first conservation program for the large-antlered muntjac, which was discovered two years after the saola. This will be the first organized attempt to breed either species.

The Saola Working Group works collaboratively to conserve Saola in nature, and to leverage Saola as a flagship for conservation of the bio-cultural diversity of the Annamite Mountains as a whole. The Saola Working Group is part of the IUCN Species Survival Commission’s Asian Wild Cattle Specialist Group. The SWG was formed in 2006 in recognition of the need for urgent, focused and coordinated action to save Saola from extinction. Learn more at https://www.savethesaola.org/