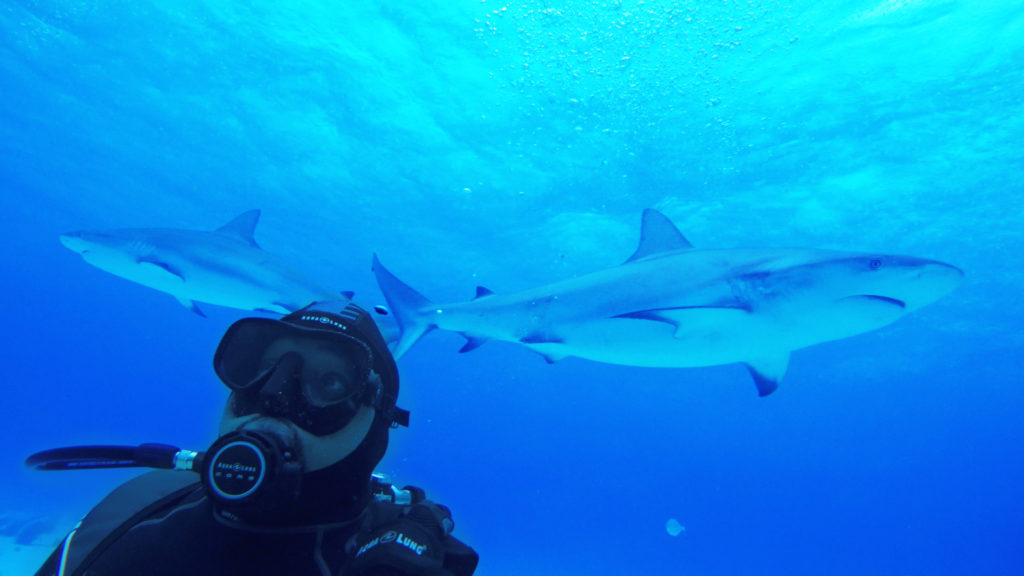 Daymond John might be known as “The People’s Shark,” but he is not your typical predatory fish. As a world-renowned businessman and star of ABC’s four-time Emmy Award winning series, Shark Tank, John’s career has been highlighted by many accomplishments, including winning the Shark Tank competition during Discovery Channel’s Shark Tank Meets Shark Week special. As part of the competition, John went scuba diving for the first time in his life, a transformational experience that spurred him recently to join Global Wildlife Conservation and Discovery Channel in supporting the protection of critical wildlife in the Bahamas.

Inspired by his experience in the water, John announced he is donating $50,000 to The Bahamas National Trust. The announcement was made July 25 on Shark After Dark, the after-show that immediately followed Shark Week on the Discovery Channel. In addition to John’s donation, Discovery Channel is matching these funds ($50,000), and Global Wildlife Conservation (GWC) has provided an additional $150,000, bringing the total donation to $250,000.

“GWC is a leading organization that protects wildlife and wild lands, and I am honored to join them in their quest to be guardians for wildlife in the Caribbean and Atlantic region,” said John, CEO of The Shark Group. “My mother hails from Trinidad, and I have seen the importance of the Caribbean as a global hotspot for wildlife and wild places. As a global citizen and businessman, I want to take action to protect the region’s staggering diversity of unique and threatened species, many of which are found nowhere else. The Discovery Channel and Global Wildlife Conservation have stepped up to work with The Bahamas National Trust to protect, manage and restore the country’s incredible natural heritage.”

Much like what is happening in oceans across the world, sharks and other marine life in the Caribbean Sea and Atlantic Ocean are threatened by unsustainable fishing, reef destruction, and marine “dead zones” that result from agricultural runoff. An estimated 100 million sharks are killed every year around the planet. As apex predators, sharks play an important role in maintaining healthy fish populations and marine ecosystems. The Bahamas National Trust is the preeminent conservation organization in the country, a trusted partner with a long track record of protecting and managing vital wildlife. The Bahamas does not allow the commercial fishing, sale or trade in shark products, setting a precedent for the region. Guardians on the ground in places such as the Bahamas are starting to turn the tide to protect sharks and other species.

“Shark Week is a great opportunity to educate and empower people to protect sharks, marine ecosystems and ultimately the planet,” said Wes Sechrest, GWC chief scientist and CEO. “In recent years, many countries and organizations have begun to understand that sharks, like other wild species, are critical to the health of our planet. Contrary to the notion that sharks are a threat to humans, humans have been the real threat to sharks. Local people and organizations are key to reversing the decline of sharks and their critical marine habitats.”

The Bahamas is a global hotspot of biodiversity, with more than 2,500 islands, cays and rocks, as well as countless reefs, and is home to incredible terrestrial and marine biodiversity. The Bahamas National Trust is a Bahamian and U.S. registered non-profit organization that manages more than 2 million acres of biodiversity-rich parks in the country. Many individuals rely on healthy marine environments to support their way of life. This includes fishermen and individuals involved in the tourism industry. Tourism provides around 45 percent of the gross domestic product and half of the jobs in the Bahamas, with shark tourism alone valued at nearly $115 million annually.

“We are overwhelmed by this very generous donation to Bahamian marine conservation,” said BNT President Janet Johnson. “The BNT began its quest to protect sharks in 2011, with the support of the Pew Charitable Trusts, and with this new donation from Daymond John, Discovery Channel and GWC, we will be able to begin the next critical stage of shark protection. As the manager of the Bahamas’ national park system, the BNT manages not only for species, but for people as well. When sharks win, so do people. Protecting sharks creates economic dividends for the community and a safe haven for these majestic kings of the sea.”