Hero for Primates and Champion of Biodiversity Receives $250,000 Indianapolis Prize 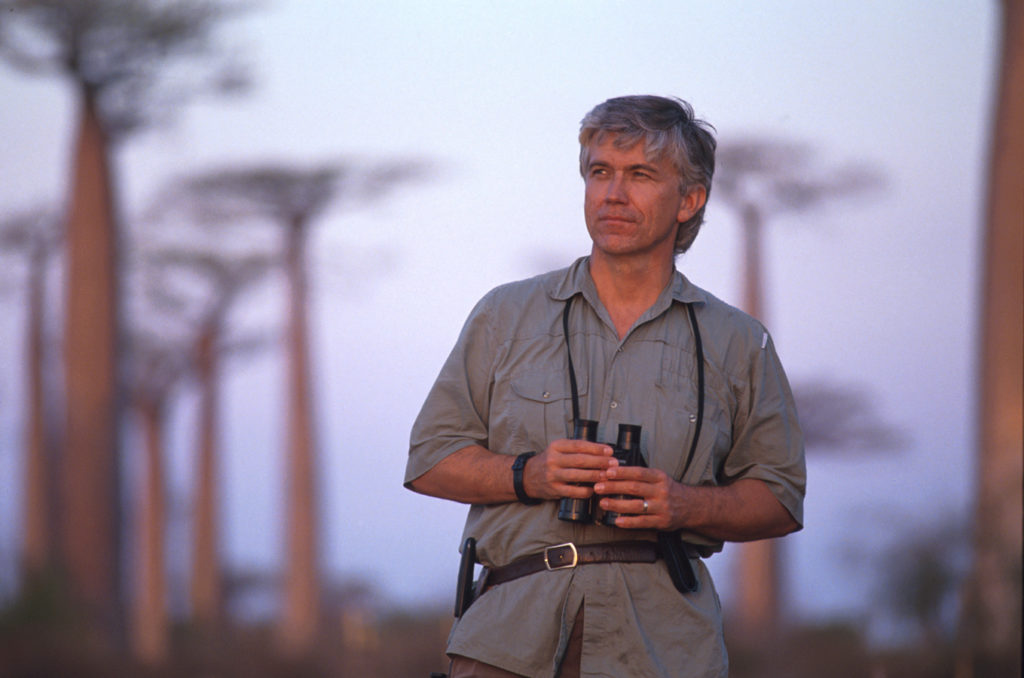 INDIANAPOLIS — Today, officials of the Indianapolis Prize — the world’s leading award for animal conservation — named biodiversity champion Dr. Russell A. Mittermeier the 2018 recipient. Mittermeier is chief conservation officer for Global Wildlife Conservation (GWC). The award recognizes his major victories in protecting animal species and vital habitats. It also adds him to the ranks of Indianapolis Prize Winners, who are some of the world’s most accomplished conservationists and heroes for the planet.

As the Indianapolis Prize Winner, Mittermeier will receive the Lilly Medal and $250,000 — the largest international monetary award given exclusively for the successful conservation of endangered or threatened species.

“Russ Mittermeier is a consummate scientist, a visionary leader, a deft policy advocate and an inspiring mentor to many. Perhaps most important, he is a consistent winner in the battles for species and ecosystem survival,” said Michael I. Crowther, chief executive officer of the Indianapolis Zoological Society, Inc., which awards the Indianapolis Prize. “Russ is considered the world’s preeminent primate conservationist and has observed more primate species in the wild than anyone else, ever. In part because of his efforts, primates remain the only larger group of mammals to have not lost a single species or subspecies to extinction in the last 100 years!”

Mittermeier has been responsible for protecting hundreds of species and millions of acres of critical habitat around the world. He is best known for his leadership in championing the concept of Biodiversity Hotspots — critical areas known for their biological diversity, endemic species and severe level of threat.

By promoting these hotspots, Mittermeier helped give the global conservation community a new framework to make more targeted, strategic investments in the places that sustain the majority of all life on Earth. Biodiversity Hotspots remain one of the most important conservation developments of the last quarter century.

Mittermeier’s resume also boasts impressive accomplishments for single species and groups of species. Through his more than 40 years of leadership as chair of the International Union for the Conservation of Nature (IUCN) Species Survival Commission’s Primate Specialist Group, primates have become a priority group for conservation worldwide.

In addition to primates, Mittermeier has a lifetime love of reptiles, particularly tortoises and freshwater turtles. That’s why nearly 40 years ago, he was instrumental in the creation of another IUCN specialist group focused on turtles. He has been involved in the description of more than 20 species new to science, including three turtles, seven lemurs, four tarsiers and seven monkeys. He even has eight species named after him by colleagues (three frogs, one lizard, two lemurs, a saki monkey and an ant).

“While other environmental challenges are large and growing, Russ’ laser focus on biodiversity reminds us that every species we can save stems the tide of irreversible changes to this planet,” said Chief Scientist and Chief Executive Officer for Global Wildlife Conservation Dr. Wes Sechrest. “Saving species is saving the environment, and Russ is a powerful messenger for the importance of saving species not only to prevent extinction, but also to conserve the fabric of life and the wildlife that sets apart our singular planet.”

Mittermeier readily adapts to a range of environments, from the tropical rainforest to the red carpet to the board room. During his 45-year career, he has held executive leadership positions at major global organizations including Conservation International and World Wildlife Fund – US. He has inspired people of all walks of life — foreign dignitaries, celebrities, donors, fellow scientists, students, indigenous peoples and more — to take actions that contribute to the conservation of Earth’s biodiversity.

A jury composed of distinguished scientists and conservation leaders chose Mittermeier as the Indianapolis Prize Winner from a pool of six esteemed Finalists, each of whom will receive $10,000. The Finalists are Dr. Joel Berger (Colorado State University and Wildlife Conservation Society); Dr. P. Dee Boersma (University of Washington and Center for Ecosystem Sentinels); Dr. Sylvia Earle (Mission Blue and Deep Ocean Exploration and Research); Dr. Rodney Jackson (Snow Leopard Conservancy); and Dr. Carl Safina (The Safina Center at Stony Brook University). The 2018 Indianapolis Prize Winner and Finalists will be formally honored at the Indianapolis Prize Gala presented by Cummins Inc. on Sept. 29, 2018, in Indianapolis.

“The Finalists for the Indianapolis Prize are all amazing colleagues and good friends of mine, and to be considered for this award in their company is humbling,” said Mittermeier. “I am honored to be the 2018 Winner and applaud the Indianapolis Prize for giving a larger platform to conservationists doing important, significant work. It’s my hope that more people will be inspired by their heroic stories and moved to take actions that save species around the world.”

The Indianapolis Prize was first awarded in 2006 to Dr. George Archibald, the co-founder of the International Crane Foundation. The 2008 Winner was George Schaller, Ph.D., known as one of the founding fathers of wildlife conservation, and both vice president for Panthera and a senior conservationist for the Wildlife Conservation Society. In 2010, Iain Douglas-Hamilton, Ph.D., founder of Save the Elephants, received the Prize for his pioneering research in elephant social behavior and for leading the way in the fight against the poaching of African elephants. Steven Amstrup, Ph.D., chief scientist for Polar Bears International, received the 2012 Prize for his work protecting vital habitat for the world’s largest land carnivore. In 2014, Dr. Patricia C. Wright, founder of Centre ValBio, became the first woman awarded the Indianapolis Prize for her dedication to saving Madagascar’s famed lemurs from extinction. Dr. Carl Jones received the 2016 Indianapolis Prize for his species recovery success on the island of Mauritius, including the echo parakeet, pink pigeon and Mauritius kestrel.