Breaking: 95 Percent Of World’s Lemur Species On Edge Of Extinction 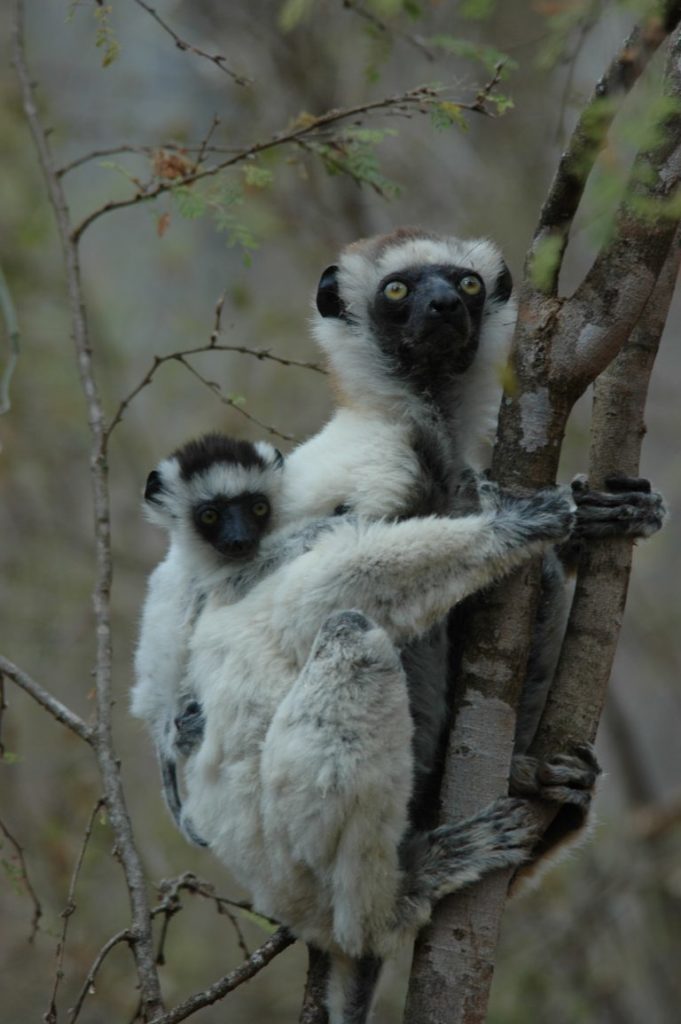 The vast majority of lemur species—unique primates found only in Madagascar—are on the brink of extinction, according to leading primate conservationists who gathered to review the conservation status of Madagascar’s 111 lemur species and subspecies. The newly updated assessments for the IUCN Red List of Threatened Species finds that 105 species are provisionally evaluated as critically endangered, endangered or vulnerable, underscoring lemurs’ position as the most endangered primates in the world.

“This is, without a doubt, the highest percentage of threat for any large group of mammals and for any large group of vertebrates,” said Russ Mittermeier, Chief Conservation Officer for Global Wildlife Conservation and chair of the IUCN Species Survival Commission (SSC) Primate Specialist Group (PSG). “This assessment not only highlights the very high extinction risk Madagascar’s unique lemurs face, but it is indicative of the grave threats to Madagascar biodiversity as a whole. Madagascar’s unique and wonderful species are its greatest asset, its most distinctive brand and the basis for a major ecotourism industry.”

Madagascar is one of the world’s top megadiversity countries and one of the highest priority biodiversity hotspots on Earth. It has an amazingly rich and unique biodiversity, including its nonhuman primate fauna: the world-famous lemurs that live nowhere else on Earth. From the tiny mouse lemur to the iconic ring-tailed lemurs, these animals represent about 20 percent of all primate species in the world.

Lemurs are in danger of becoming extinct as the result of a variety of threats, including widespread destruction of their tropical forest habitats from slash-and-burn agriculture, illegal logging, charcoal production and mining. New data also indicate that hunting of these animals for food and live capture for pets has emerged as a serious threat.

The updated assessments resulting from the recent PSG-led workshop will require further validation through a review process, but provisionally find that primate experts consider a staggering 38 lemur species to be critically endangered, 44 endangered and 23 vulnerable on the IUCN Red List. This represents an increase of 12 threatened species from the last workshop conducted in July 2012.

The greatest increase was in the critically endangered category, which rose from 24 species to 38. Only two widespread mouse lemur species were considered least concern, while four others were placed in the data deficient category, meaning there is not enough information about the species to determine their risk for extinction at this time.

Among the most spectacular species of lemurs up-listed from endangered to critically endangered in the assessment is the indri, the largest of the living lemurs and a species of symbolic value comparable to that of China’s giant panda; as well as Madame Berthe’s mouse lemur, which, at 30 grams, is the world’s smallest primate.

“This is very alarming, and we have noticed a particularly worrying increase in the level of hunting of lemurs taking place, including larger-scale commercial hunting, which is unlike anything we have seen before in Madagascar,” said Christoph Schwitzer, director of conservation at the Bristol Zoological Society and one of the organizers of the workshop. “We are investing a lot of time and resources into addressing these issues and will be implementing our Lemur Action Plan over the coming years, which we are confident will make a significant difference to the current situation.”

The five families of lemurs, 15 genera, and 111 species and subspecies are all endemic to Madagascar, the fourth largest island on Earth and the largest oceanic island. This amazingly rich primate fauna makes Madagascar one of the four major regions on Earth for primates, even though it is only about 2-3 percent in size compared to the three other continental regions where primates occur (mainland Africa, Asia and the Neotropics). Madagascar is also the second richest country on Earth for primate diversity, surpassed only by Brazil, which is more than six times larger, and is the world’s number one country in terms of primate endemism.

The IUCN SSC Lemur Red List and Conservation Planning Workshop was held in Antananarivo, the capital of Madagascar, and included more than 50 experts from the United States, UK, Canada, Germany, Italy, France, Portugal, and Madagascar. All of these experts are working together to implement a major action plan for lemur conservation, updating a very successful plan published in 2013 using information from the July 2012 workshop. That plan succeeded in raising more than $8 million for lemur conservation, which is now being disbursed to dozens of conservation projects.

The lemur workshop was sponsored by IUCN’s SOS Program, the Houston Zoo, the Marat Karpeka Lemur Foundation, the Bristol Zoological Society, and Global Wildlife Conservation, and was held at the Carlton Hotel in Antananarivo, the capital of Madagascar.