Update From The Field: Search For The Santa Marta Toro

I have spent six weeks exploring the Sierra Nevada of Santa Marta (SNSM), Colombia. The SNSM is the world’s tallest coastal mountain range and rises from 0 to 5,000 meters in under 50 kilometers. It is a remarkable region known for high levels of biodiversity and endemism. My main objective is to find the elusive Santa Marta Toro. The Toro is an incredibly rare tree rat that was rediscovered (after presumed extinct for over 50+ years) at the El Dorado Reserve in 2011. Since this initial rediscovery, the species has not been documented again, most likely because the species is secretive, nocturnal, arboreal, solitary, and likely very rare. During my six weeks in Colombia I have conversed with local Colombians, biologists, and national parks employees about my research and the Toro, placed camera traps, and am currently conducting nocturnal surveys for the Toro. 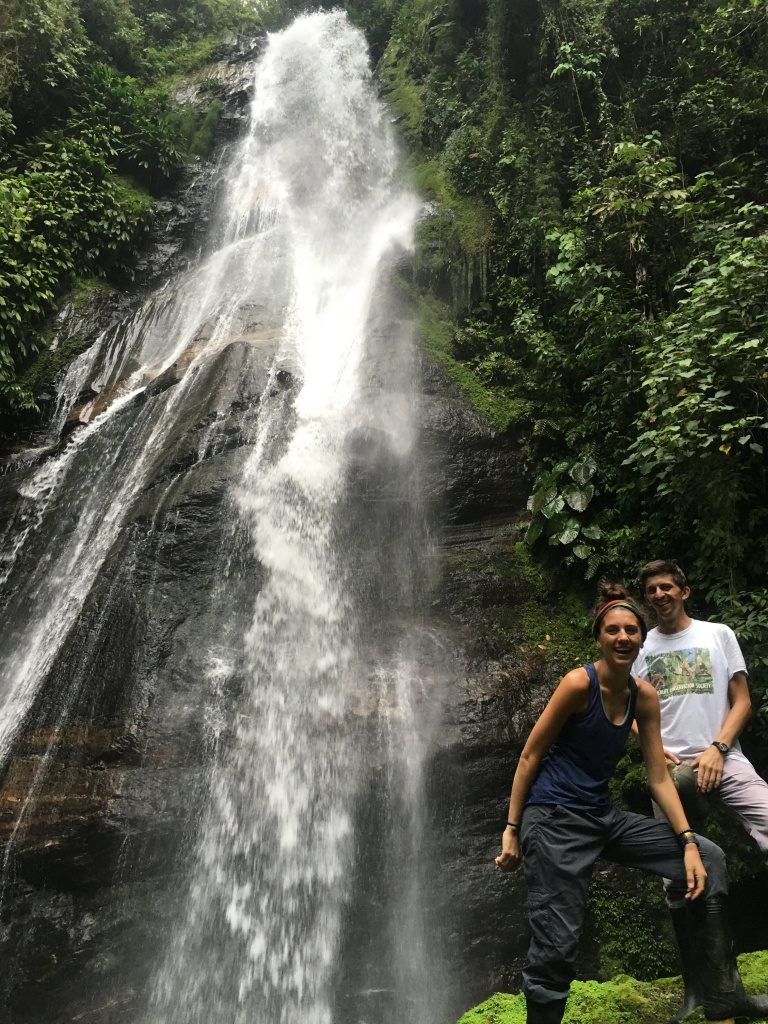 For me, my favorite season is field season. I love being in the field; fleeing the Texas heat toward the cloud forest, documenting incredible wildlife, making new friends and colleagues, and embracing a new culture. I feel at home when I am conducting fieldwork. However, being in the field has its challenges. For instance, schedules are hectic—from surveying from 9 p.m. until 3 a.m. in the morning to waking up at 4 a.m. to go change camera traps. And your body is tired—getting stuck on trails due to landslides, hiking 57 miles in three days, finding enough food, and then getting the traveling stomach bug…it is rarely glitz and glamour. Yet the tough days are countered by good days, where I have been able to witness incredible wildlife species including some of the world’s most critically endangered frogs (Atelopus carrikeri, A. laetissimus, A. nahumae) and elusive mammals such as the Margay (Leopardus wiedii), Tayra (Eira Barbara) and Night Monkey (Aotus griseimembra).

I never thought I would become a biologist focused on rare and elusive species—documenting their distribution and habitat use—but now I can’t imagine doing anything else. Studying elusive species can be discouraging, but being a field biologist means being passionate about your career and it is this passion I lean on in times of difficulty. Working in the SNSM is an exciting experience because it is Colombia’s most understudied region and new species are still being discovered. While we have not found the Toro yet, I remain hopeful. I have met Colombians who have seen the Toro, and for a species that remained hidden for more than 100 years, I take this as a good sign.

Nikki Roach is a GWC associate conservation scientist and a conservation biologist. She is a Ph.D. student at Texas A&amp;M University, where her research focuses on conservation planning for threatened species through assessments of species distribution, abundance and vulnerability to land use and climate change impacts, using a mixture of modeling and field-based data. For the next year she will be collecting her dissertation data in Colombia on a Fulbright Fellowship.