By Global Wildlife Conservation on October 23, 2018

In the mountains of north-central Vietnam, Pu Mat National Park perches on more than 900 square kilometers of rugged, forested mountainous terrain in the Annamite Mountains on the border with Laos. It is one of the most remote areas in the country—and is consequently a refuge for a number of Southeast Asia’s imperiled wildlife, including the Annamite Striped Rabbit, the Large-antlered Muntjac, and one of the rarest of all large terrestrial mammals: the Saola.

As a hotspot of biodiversity, Pu Mat is a prime location for conservation and research. In 2007, it was declared a World Biosphere Site. However, the challenging terrain means that so far no wide-ranging and systematic camera-trapping studies have occurred there. The only camera-trapping projects in Pu Mat have been highly localized and opportunistic. 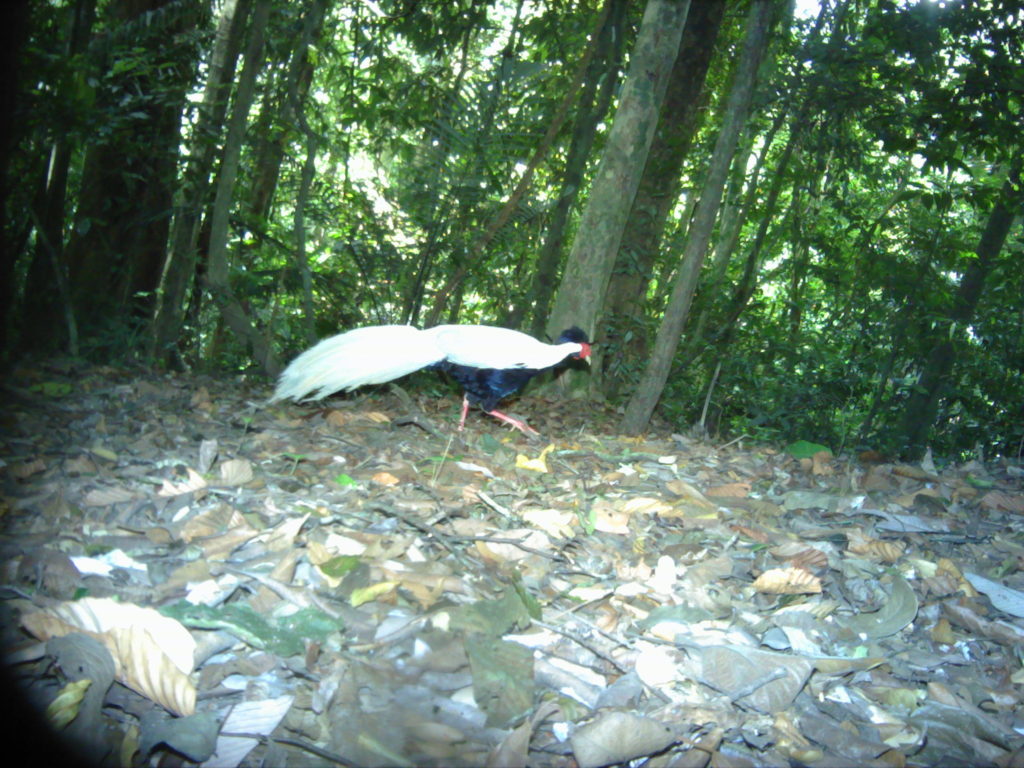 Until now. A team of scientists with the Leibniz Institute for Zoo and Wildlife Research (IZW), Fauna & Flora International, Pu Mat National Park, and Save Vietnam’s Wildlife, with support from Global Wildlife Conservation, launched the first-ever comprehensive study in the park to get a glimpse into a world that we’re only starting to understand. And the results are starting to come in.

“When I was working in Pu Mat in 1999, we had only a handful of camera-traps and were lucky to record which species were present,” says Barney Long, our senior director of species conservation. “Now we are able to survey in a systematic way to create a snapshot of the mammal community across the park. We can target patrols and other conservation solutions to focus on key areas or species based on. Creating these baselines will also enable us to see species recover as we implement our conservation efforts, helping us to adapt our work and document our impact over time.” 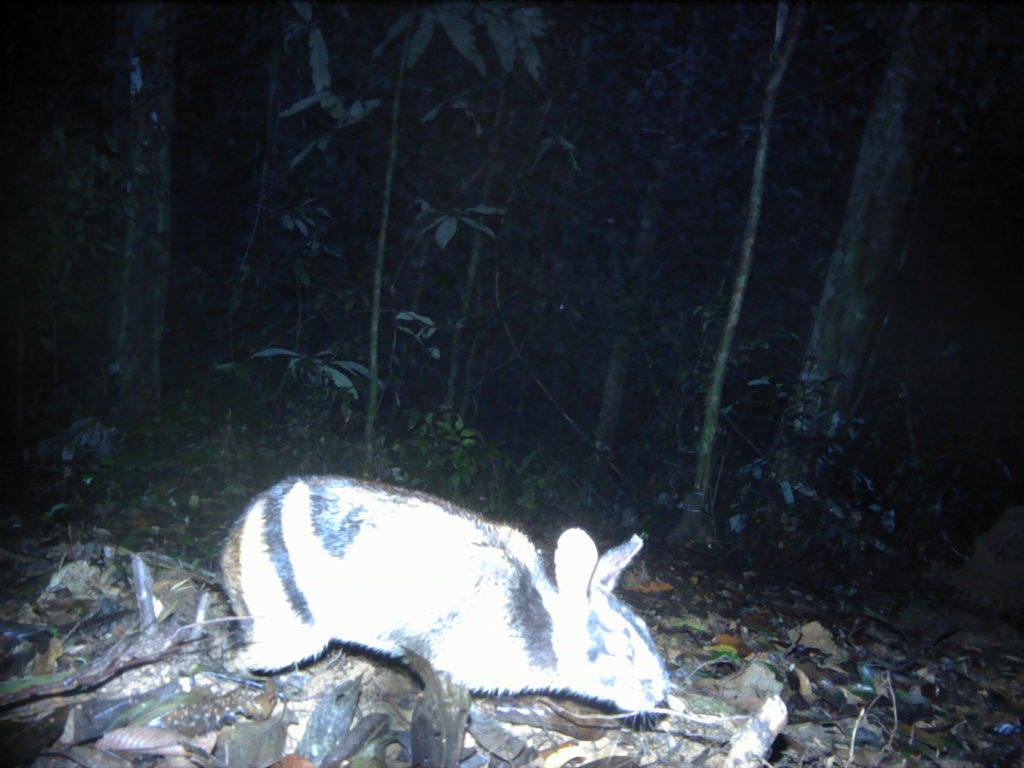 Though the scientists have yet to analyze the more than 52,000 images they’ve already collected from the survey’s first phase, they are already excited by what they’re seeing. Several photos captured the Annamite Striped Rabbit, an animal only described by science in 2000. They’ve also recovered photos of the Crested Argus, a large pheasant that is increasingly rare across its range, and the Sunda Pangolin, a highly threatened species.

“The goal is to establish a conservation baseline, so that we can repeat this in the future and know that the conservation initiatives are working—or not,” Tilker says. “The baseline survey is one part of a bigger picture: Biologists and conservation stakeholders must work together. To protect animals, to do effective conservation, you need the science so you can make informed decisions and track your project. These two halves of the equation work in synergy.”

The wildlife that the team has already caught on camera trap—and a host of other species that live there, including the Northern White-cheeked Gibbon, Owston’s Civet, and a number of tortoises and terrapins—are struggling against a rising tide of poachers and black market exporters. 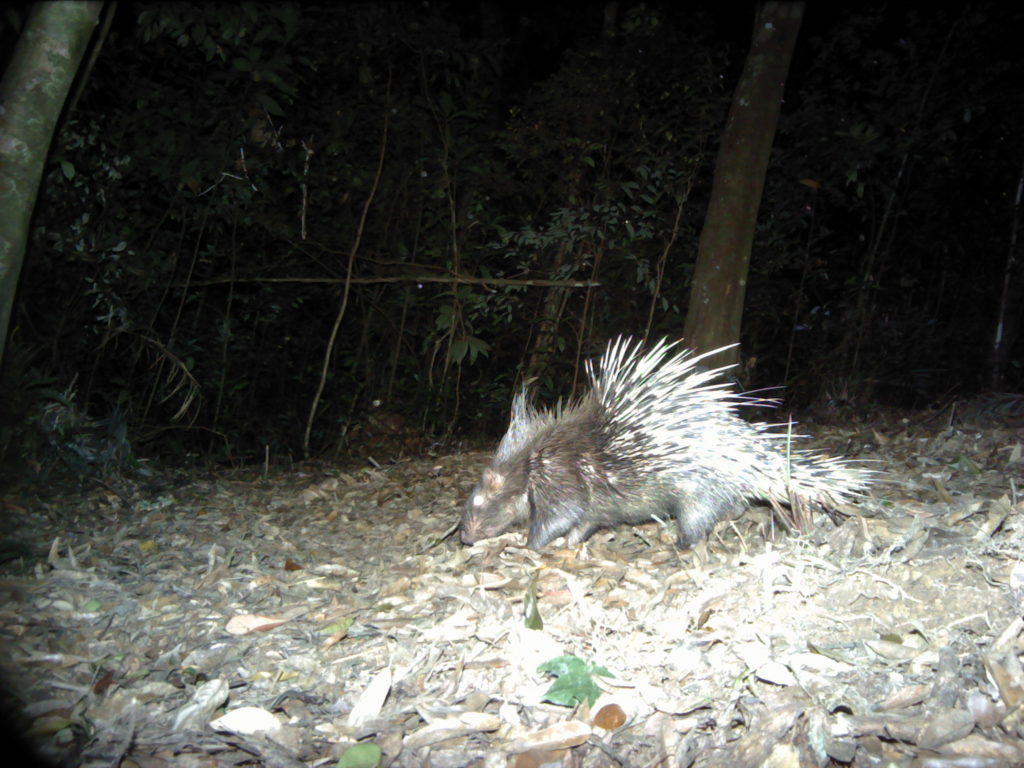 Poaching of wildlife is widespread throughout Vietnam. Even in the national parks like Pu Mat, rangers can find hundreds of snares in a single day. The snares are responsible for the decline of much of the area’s wildlife, including the small mammals and ground-dwelling birds, resulting in seemingly empty forests. Many of the animals are sold into the illegal meat trade or passed on for use in traditional medicines.

Pu Mat’s size and remoteness, scientists hope, mean it may be one of the last refuge of some of the species that have disappeared from other forests, including the Saola, which was recorded in Pu Mat National Park by a camera trap in 1998. It was the first time the extremely rare large mammal, which was only discovered in 1992, had been caught on camera in the wild.

Conservation efforts in the region are hampered by the lack of knowledge of which specific animals are present, where they are found and how healthy their populations are. Future results from this survey will help inform conservation efforts, such as where to focus patrol efforts, and will form a foundation for further studies and research.

“We are looking for a suite of endemic mammals, several of which were only recently discovered within the past 25 years,” Nguyen says. “Historically Pu Mat had all of these animals, but we don’t know whether they’re still there or not. We hope they are.” 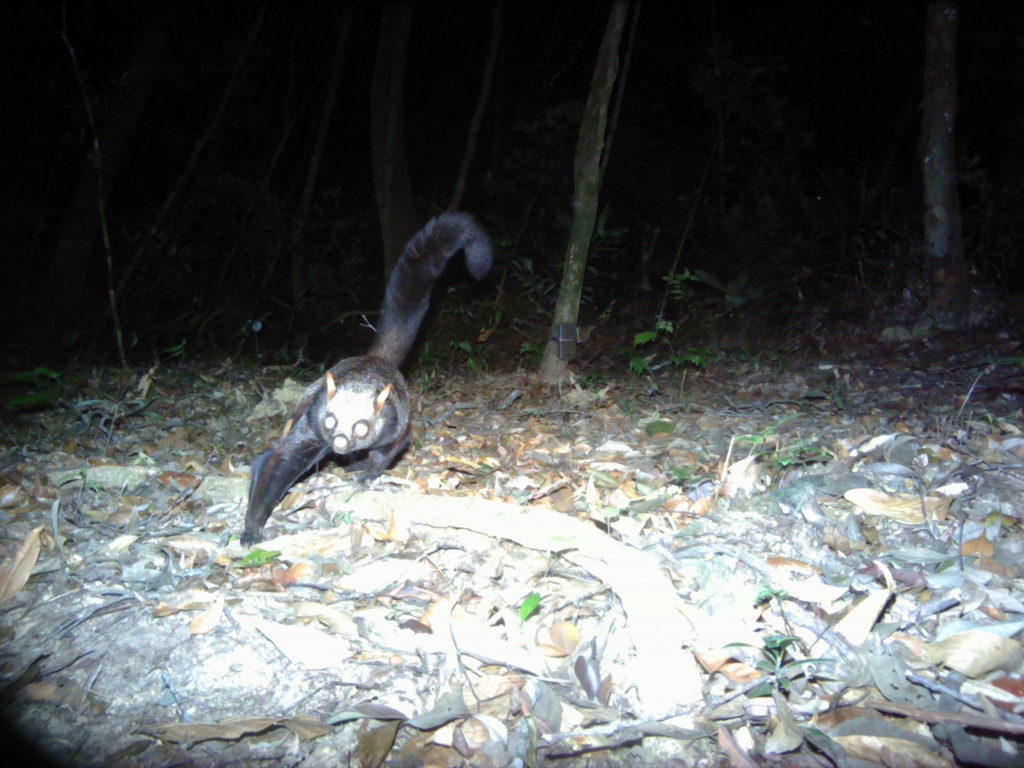 Evidence of any of these rare species at a camera-trapping site would result in immediate emphasis on snare-removal in that area.

Nguyen is also leveraging the opportunity to utilize his background as a conservation geneticist. He plans to collect leeches around the camera trapping sites and analyze them for evidence of rare mammals in the area.

“Many species have become rare or disappeared entirely because of illegal hunting in Vietnam,” Nguyen says. “Pu Mat is one of our last hopes because of its size and remote terrain. Even the hunters most adept in the field find Pu Mat a challenge, so we hope these animals are still there. With this survey, we can create an effective anti-poaching and protected area strategy for priority areas to give this incredible wildlife a future.”