It’s blazing hot, the mountains are steep, and with every crest comes another. We drop our packs atop a crest, gulp back some water, then start to enjoy the amazing vista that had seemed so daunting just seconds before. We all gaze at the beauty of our surroundings listening to the beating of our hearts in our ears as we recover from the last steep ascent. Suddenly an arm goes up pointing into the distance: “What is that, a rock? I’m sure it moved.” It is far away, but the black shape in the tall green grass is definitely moving. A Tamaraw! I never expected to see such a rare animal on the walk to camp. I wonder if that is it, a lucky first-day encounter with a distant black blob, never to be seen again.

Having been involved in Saola conservation for more than 15 years, I have often wondered about the other reclusive wild cattle of Asia, especially the dwarf buffalo: the Anoa of Sulawesi, Indonesia, and the Tamaraw of Mindoro, Philippines. These species are all found in small numbers and only in remote areas as they are the target of hunters and poachers. I’m sure there are lessons that can be learned from conservation initiatives for each species that can help the other, so engaging in the conservation efforts of each species seemed obvious.

Besides the intriguing conservation challenges and biogeographical wonders presented by these species, I’ve always been interested in the importance of wild relatives of domesticated species. Especially in a time where our world is facing major and rapid climatic shifts, the incredible amount of genetic diversity among wild cattle represents an invaluable resource and has the potential to help domesticated livestock become more resistant, resilient and adaptable to new conditions. The Kouprey of the Indochinese savannah woodlands, now presumed extinct, was thought to be resistant to rinderpest for example. Just think how useful its genetic resources would have been to humankind had we prevented its extinction. 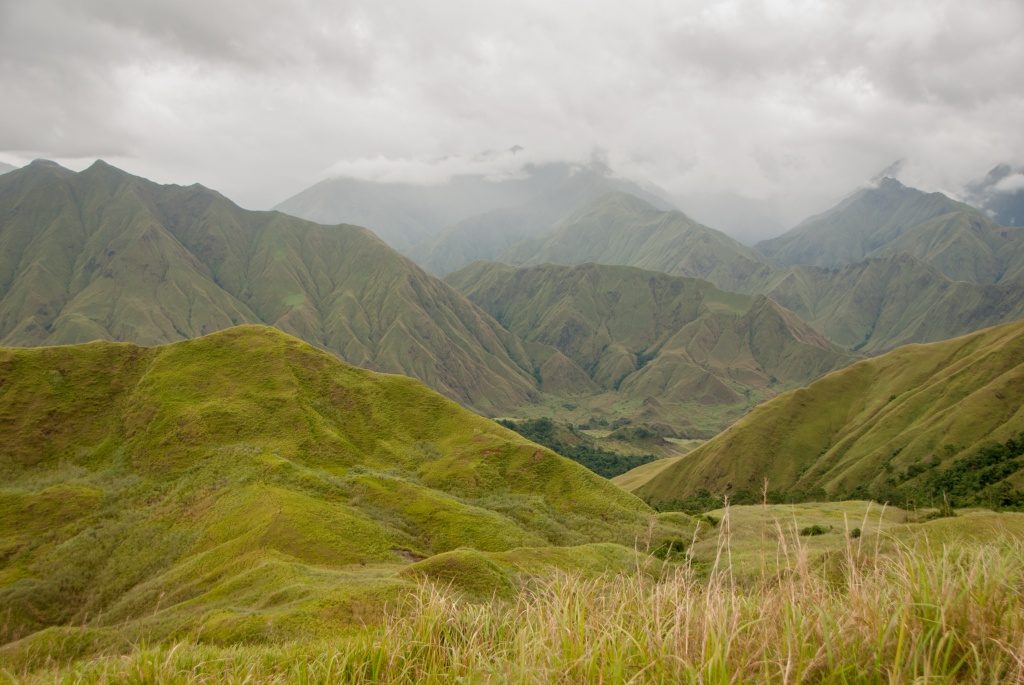 With these concepts in mind, GWC has formed an alliance with the IUCN Asian Wild Cattle Specialist Group and is working through them to develop an array of wild cattle conservation projects. The first one to mature has been the Tamaraw project. A few years ago, Dr. James Burton, chair of the IUCN Asian Wild Cattle Specialist Group and GWC associate conservation scientist, directed a keen conservationist, Emmanuel Schütz, toward the Tamaraw. So James and I reached out to him to see how things were going and how GWC and the Specialist Group could help. A single email started a chain reaction.

After a few months discussing the Tamaraw’s status, the conservation actions a range of organization are undertaking, and what additional work needed to be done, GWC and the D’ABOVILLE Foundation, which supports Emmanuel’s work, formed a partnership to enhance the work they were doing with local communities around the main Tamaraw population. We agreed a site visit was a good idea to see how GWC and the Specialist Group could advise and support.

So that’s how I ended up on the top of a grassy mountain in the middle of Mindoro, one of the Philippines’ 7,000 islands looking for walking rocks in the distance. With new-found energy, we quickly ascended the rest of the mountain to our basecamp known as Station Three. Set just under the crest of a hill, Station Three is in the heart of Tamaraw country. As Tamaraw populations have blinked out across the island, the one here in Mounts Iglit-Baco National Park have grown steadily over the years thanks to protection, community engagement and annual monitoring. However, the global population remains below 450, and 413 of those are within 1 kilometer of Station Three. 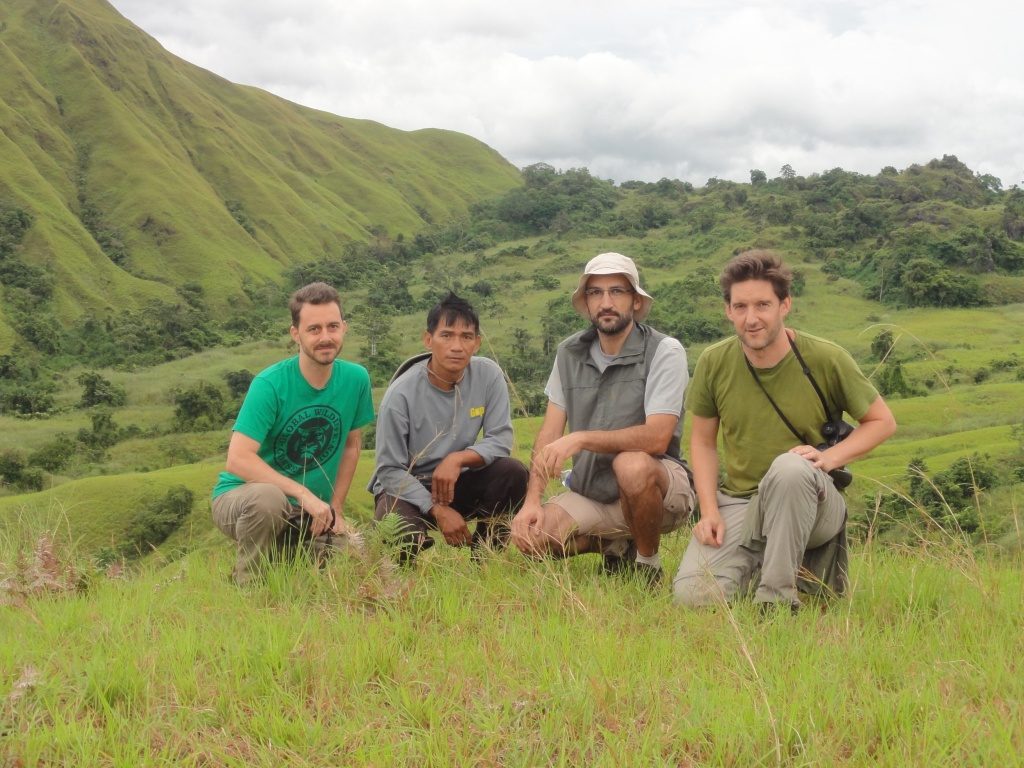 The scenery of Mounts Iglit-Baco National Park never seems to tire, and round every bend a new vista leaves you wanting to stop, take it in, and take yet another photo! A combination of slash-and-burn agriculture, industrial ranching in the 1950s, and fire, have turned the area into a mosaic of grasslands with forest patches in the valleys and hard-to-reach hillocks. At first glance it seems perfect for a dwarf buffalo. But over the past 20 years, and probably much longer, the Tamaraw’s population has been concentrating in a smaller and smaller area, while its population has steadily grown. This has led to ideal conditions to see Tamaraw, and in one morning we had multiple encounters with this wary miniature buffalo. Although good for tourism, the situation is not healthy for the species. Why the Tamaraw is facing this strange and daunting situation became the discussion topic for the trip and continues today. How do we reverse this trend so we can increase the population size and increase its area of occupancy before it shrinks into oblivion?

Looking purely at the annual count data, anyone would think the Tamaraw was on the road to recovery, but Emmanuel’s years of investigations have uncovered this major conservation question. We probably won’t succeed in recovering Tamaraw populations without understanding this issue and finding solutions. Additionally, in 1996 a Population Habitat Viability Analysis report for the Tamaraw proposed a range of activities that needed to be implemented to prevent the extirpation of various sub-populations. In Mounts Iglit-Baco National Park most of the recommendations were implemented, but for the other sub-populations they were not. Many of these sub-populations have since disappeared and the ones remaining are only just hanging on. How do we both prevent these populations from going extinct and manage the meta-population in a way to bolster the viability of these small, remnant populations is the second major challenge identified during the trip. 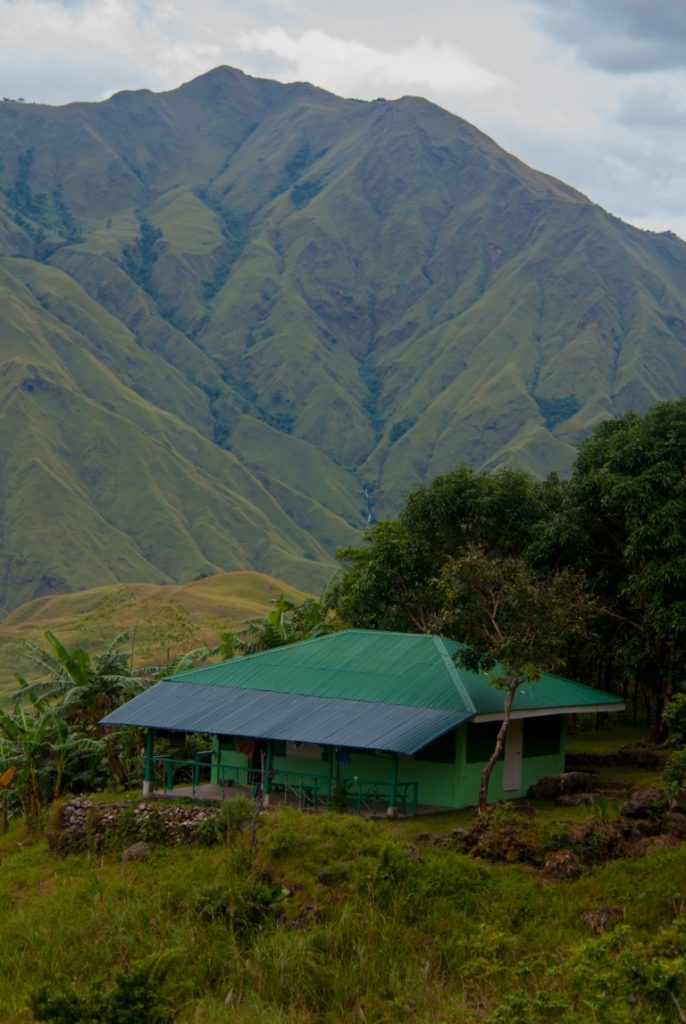 Ranger Station Three and our basecamp in Mounts Iglit-Baco National Park for surveying for the Tamaraw. (Photo by Barney Long, Global Wildlife Conservation)

Conservation is hardly ever successful when one person or group tries to solve problems alone, so armed with the most pertinent questions, meetings were held with the government agencies responsible for Tamaraw conservation, as well as other conservation groups working on the species, especially the Mindoro Biodiversity Conservation Foundation, and WWF Philippines. Securing the recovery of the Tamaraw will be a long, hard battle and it will take the collective efforts of everyone. I’m looking forward to helping, and excited that such a dedicated group of partners is willing to work together for the Tamaraw.