Warning: The pictures in this story may be disturbing to some readers, especially young audiences. Reader discretion is advised.

The diverse tropical forests of Southeast Asia are home to some of the most mysterious and beautiful wildlife species in the world, some of which have only been discovered in the last few decades. Home to species such as the antelope-like Saola (the Asian “unicorn”), which was only discovered in 1992 and that no biologist has seen in the wild, capturing the imagination of scientists, reporters and the public alike. Home to an extensive community of animals small and large, from civets to muntjacs, striped rabbits to Doucs, porcupines to pigs, tortoises to wild cattle.

However, Southeast Asia also holds a higher proportion of globally threatened vascular plant, reptile, bird and mammal species than any other region on the planet. Today, these irreplaceable forests are often harboring the ghosts of these amazing species, victims of a barbaric and widespread hunting technique—the use of homemade and cheap wire snares that catch animals, leaving them trapped, often to suffer for days, before death.

This hunting technique makes no distinction between common and Endangered species and is indiscriminately laying waste to any wildlife species regardless of their size and shape: Saola, Grey-shanked Douc, Southeast Asian Porcupine, Sambar Deer, Marbled Cat, Hog Badger, and the list goes on and on. Imagine walking into the Adirondacks in the northeastern United States and not seeing a single squirrel or raccoon. This idea appropriately has an ominous name: “empty forest syndrome.” 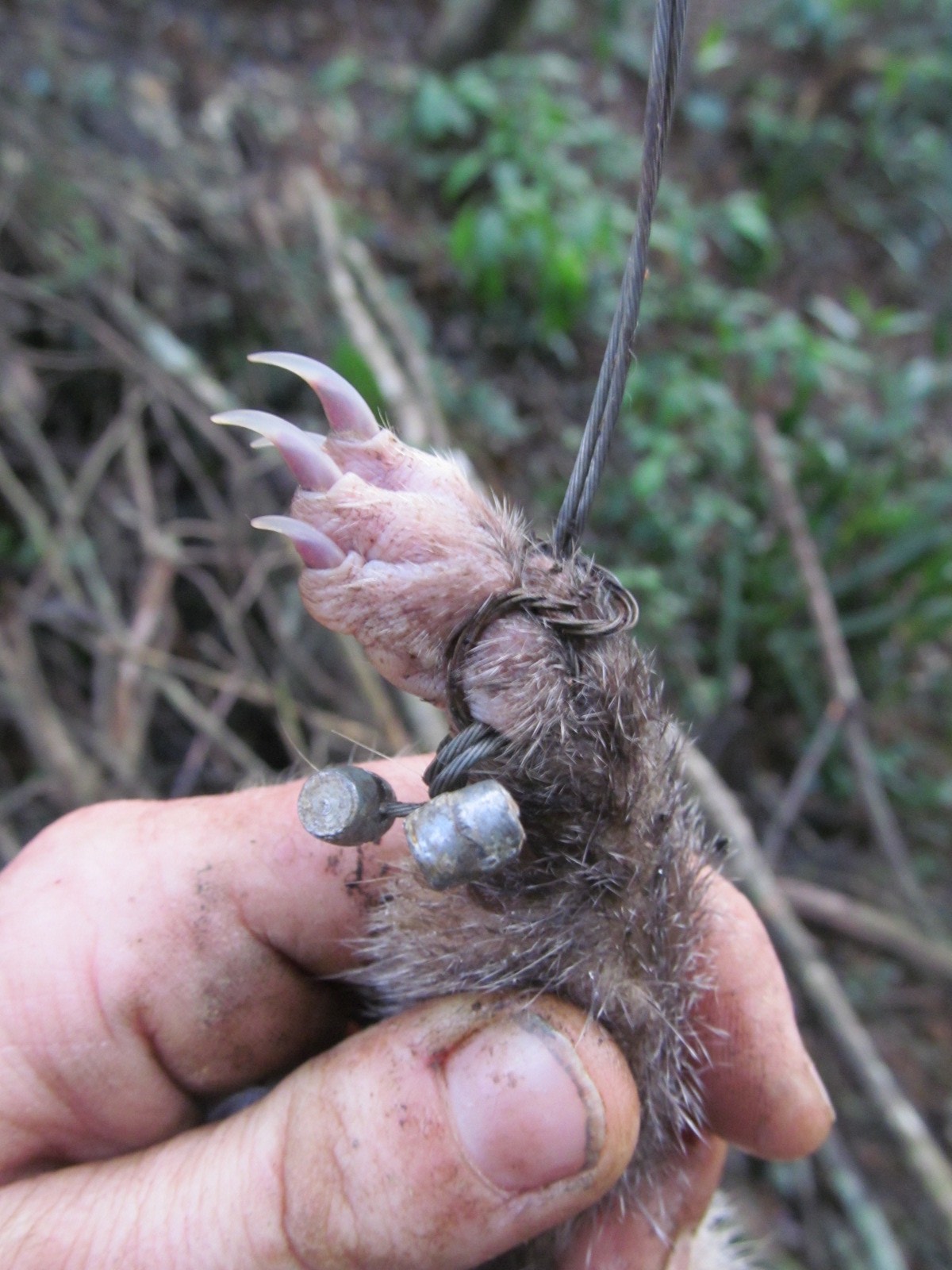 As we wrote recently in the international journal Science, ranger patrols, which are already removing hundreds of thousands of snares annually from Southeast Asia’s protected areas, simply can’t keep up with the pace of poachers setting those snares. We’ve witnessed an exponential increase in the number of snares set both inside and outside of protected areas over the past 20 years, despite rangers’ best efforts.

In Cambodia’s Southern Cardamom National Park, for example, snares collected by law enforcement patrols increased by 93 percent between 2010 and 2015, from 14,364 to 27,714. According to our research, this snaring crisis is unfolding at a similarly rapid rate in other protected areas and wildlife sanctuaries in Vietnam and Lao PDR, driven by local consumption of bushmeat and by local restaurants responding to that market demand. This trend appears to be rapidly spreading as we see areas like Peninsular Malaysia and Sulawesi, Indonesia starting to suffer the same fate. 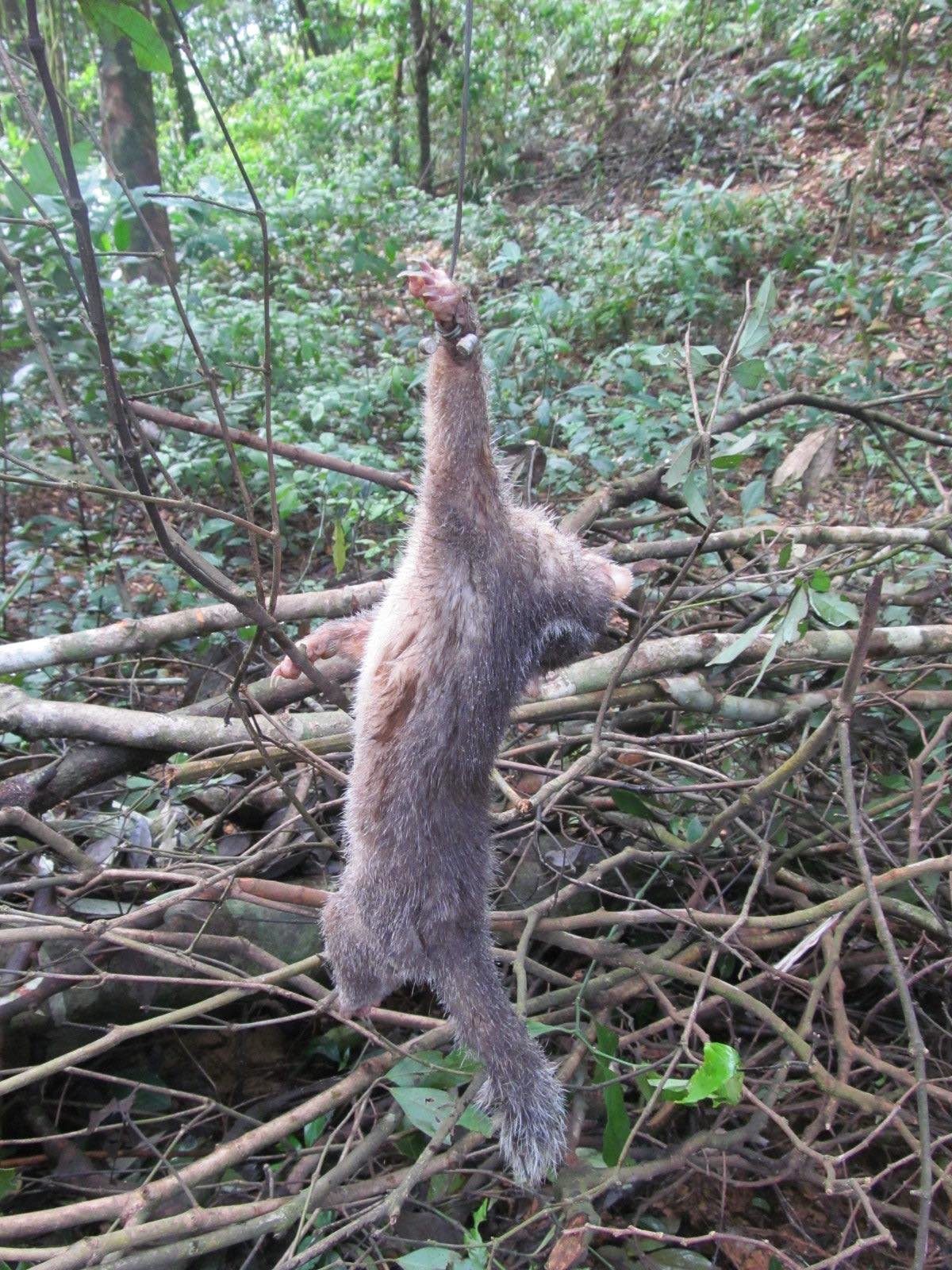 The good news is, it’s not too late to stop this draining of Southeast Asia’s forests of its terrestrial wildlife species, but we need to start with bolstering our rangers’ capacity and ability to combat the crisis. Of equal importance is a major focus on increasing the arrest and prosecution of the individuals caught in the act of setting snares and/or possessing snares in protected areas. In most countries, to fully prosecute a poacher, someone must be caught in the act of setting a snare. This means that poachers caught with the supplies to set a snare (usually bicycle brake cable), and poachers walking out of the forest with a dead animal, cannot be prosecuted. At most, they may pay a minor administration fee.

That’s why we’re calling for the creation and enforcement of laws in these countries that can punish poachers caught in the act of snaring, and penalize individuals possessing snares and material used for trap construction within protected areas. 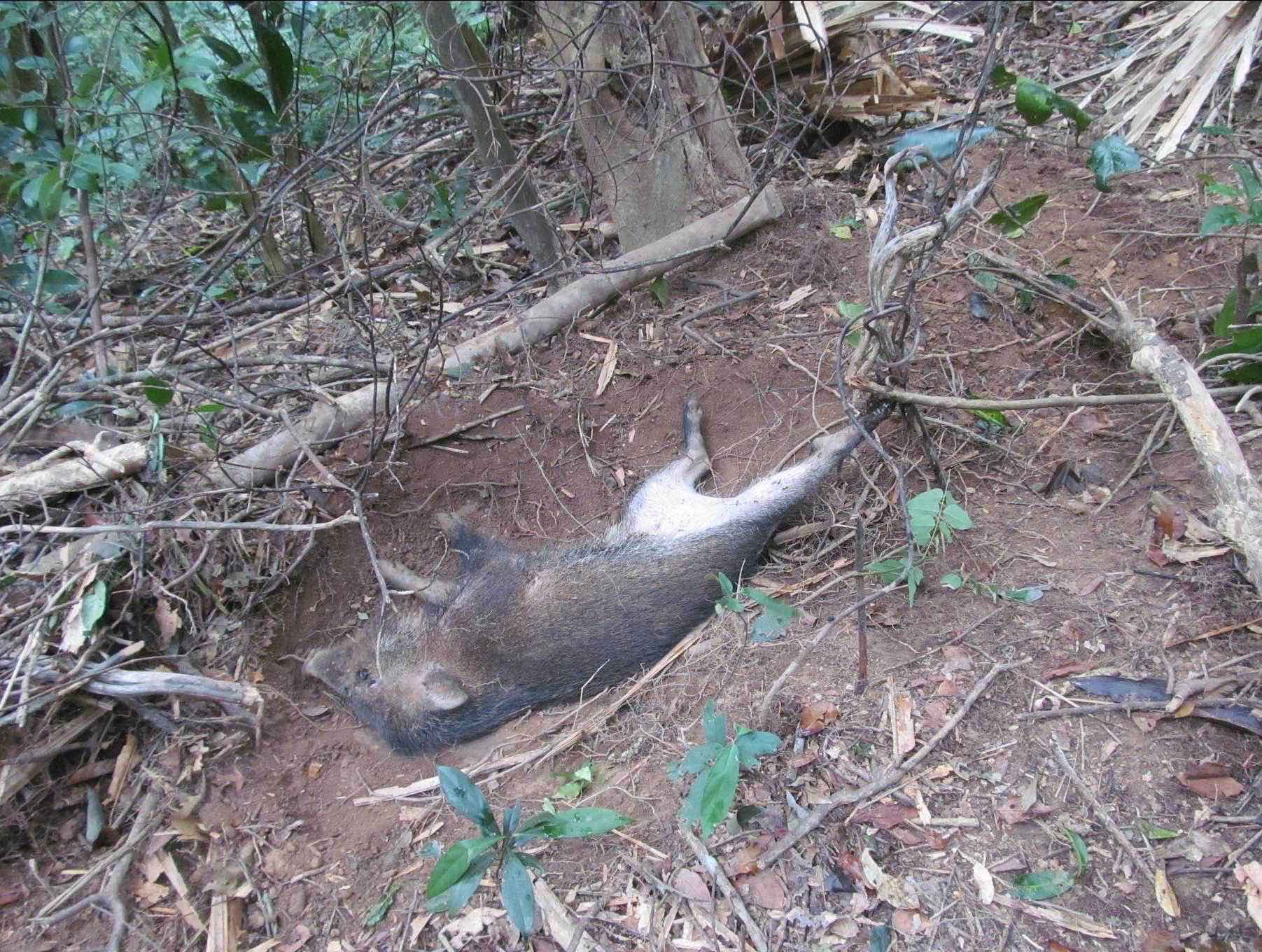 Wild Boar caught in a snare. (Photo by Lorraine Scotson/Free the Bears)

For the last few years we’ve seen global uproar over the poaching crisis of African Elephants and Rhinos. The finger of blame points to international criminal syndicates, and to the elite in China and Vietnam, for driving the demand. Efforts to prevent elephant and rhino poaching, however, won’t stop the snaring crisis in Asia, which tends to be locally driven. In addition, while poachers and traders sometimes take wildlife snared for local trade across international borders, the species they move are often not covered by global wildlife trade conventions, such as Red Muntjac, Wild Pig And Southeast Asian Porcupine.

Trade in snared wildlife is often local, going to local markets and restaurants. While much of this trade falls under the banner of organized crime, it is not necessarily driven by powerful international criminal syndicates (except, perhaps, in the case of high-value species such as tigers, leopards, and bears). Demand is driven by local aspiring middle class people, who purchase wildlife products and meat to demonstrate their social status at business meetings or with friends. 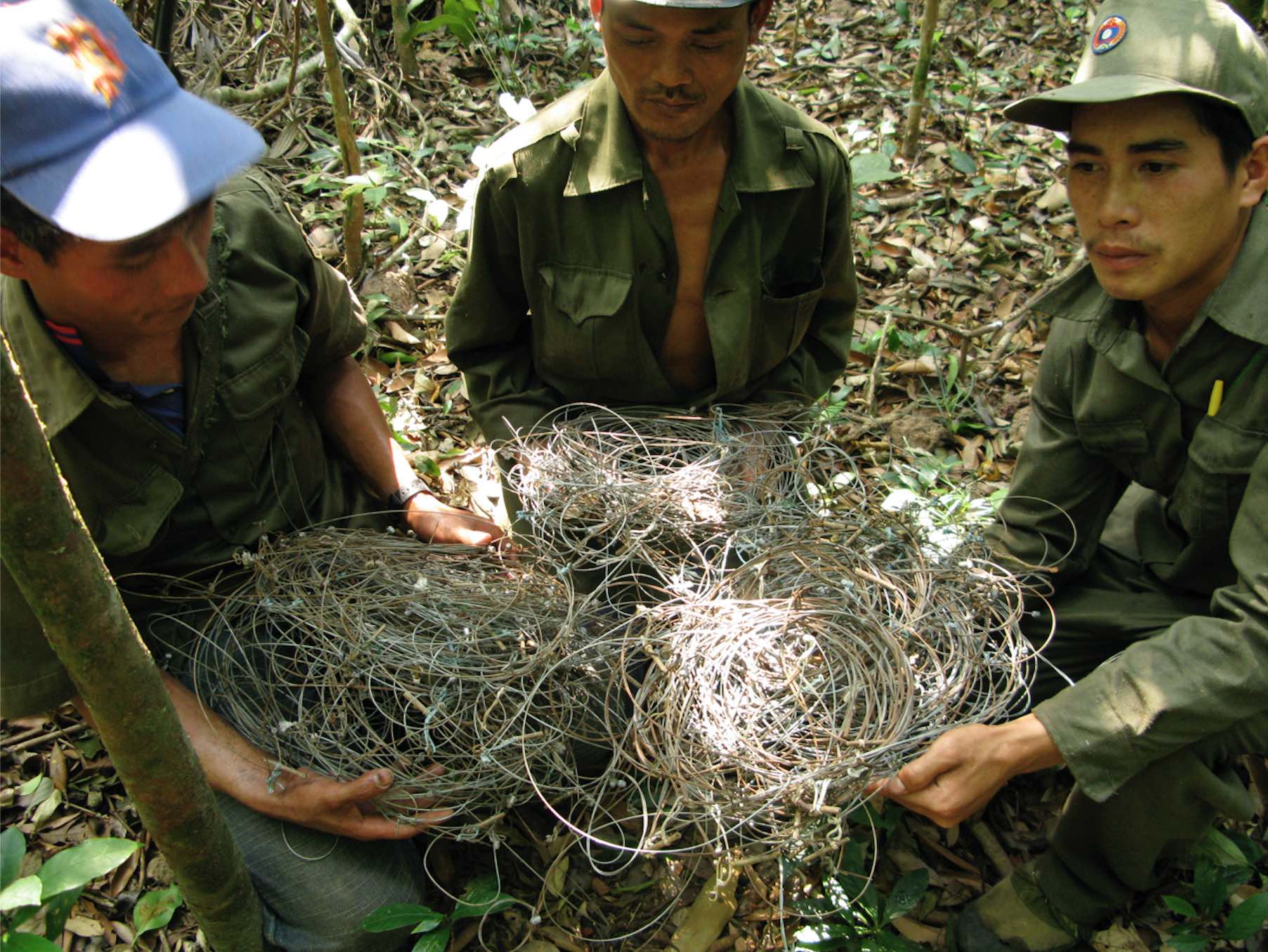 Three things need to change outside of enforcement activities in protected areas:

The inherent value of our planet’s biodiversity is more than any monetary amount that we can ascribe to it. Yet, unless governments and local communities take swift action, the wildlife of Southeast Asia will vanish entirely as the result of the demand for “prestigious” meals. We are committed to preventing this travesty, and to ensuring that Southeast Asia’s forests are transformed back into safe havens for many of our planet’s most precious wildlife.