By Global Wildlife Conservation on August 16, 2018

From afar, the tiny island of Redonda appears to be nothing more than an uninhabited, steep-sloping rock popping out of the Caribbean Sea, overshadowed by its neighboring islands of Antigua and Montserrat.

But look closer these days and that mile-long rock transforms into a playground for fierce little dragons found nowhere else in the world, and into a refuge for seabirds that blanket the island’s shores during their breeding season.

This wasn’t always the case, however. A tremendous transformation is unfolding on Redonda, from a barren lunar landscape to an island restored to its natural lush green state and teeming with life, thanks to the incredible conservation leadership over the last year of the Antigua and Barbuda Department of Environment, the Environmental Awareness Group and Fauna & Flora International. Now, as Redonda’s native species rebound after decades of predation by and competition with animals brought there by people, Global Wildlife Conservation is helping plan for the island’s future.

“Redonda is recovering at an extraordinary rate,” says Mike Appleton, GWC’s director of protected area management, who heads to Redonda this week to help a group of partners begin the process of establishing Redonda as Antigua and Barbuda’s first Environmental Protection Area under the country’s Environment Law of 2015. “These island restorations demonstrate that nature truly does respond with just a little bit of help. Now all of the major players are coming together to decide how to protect the rapidly transforming island and its special wildlife into the future.”

Redonda safeguards a number of wildlife species that live nowhere else in the world, including five reptiles: the Redonda Ground Dragon, Redonda Tree Lizard, Redonda Pygmy Gecko and, at one time, the Redonda Skink and Redonda Iguana—both extinct after the destruction of their habitat. In addition, dozens of species of seabirds depend on the island to provide food and shelter during their breeding season, including Magnificent Frigatebirds, Masked Boobies, Red-footed Boobies, Red-billed Tropicbirds and Bridled Terns. 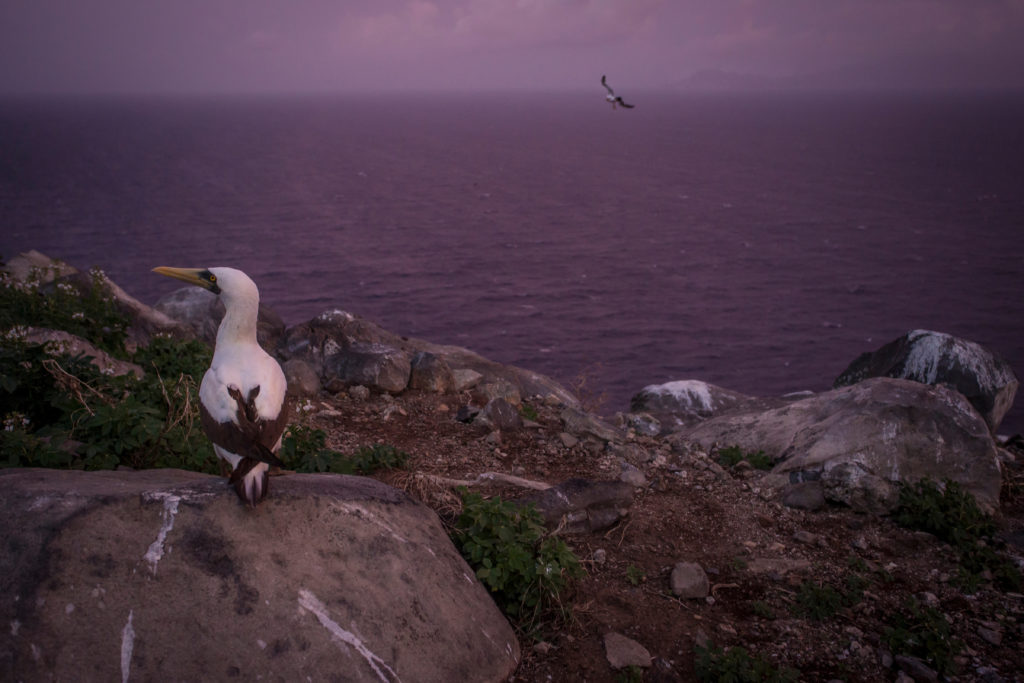 A Masked Booby sits atop a rock on Redonda. (Photo by Robin Moore, Global Wildlife Conservation)

With so many notable species of breeding seabirds, Redonda has been designated an Important Bird Area, which means it is globally important for the conservation of bird populations. It is also considered a Key Biodiversity Area—a site of global importance for wildlife conservation—in particular because all of Redonda’s reptiles are Critically Endangered and live nowhere else.

“Redonda is one of the world’s truly irreplaceable places for biodiversity,” says Dr. Penny Langhammer, GWC’s KBA and Red List senior director. “The heroic efforts of our Antiguan and international partners to restore this Key Biodiversity Area have prevented the extinction of the Redonda Ground Dragon and secured a future for the island’s other unique species as well.”

In addition to the establishment of a protected area, GWC is now working with the government and other stakeholders to develop a management plan for the island. This will include a plan to protect not only land, but the sea around the island, which is an important feeding area for the Endangered Green Turtle and Critically Endangered Hawksbill Turtle. 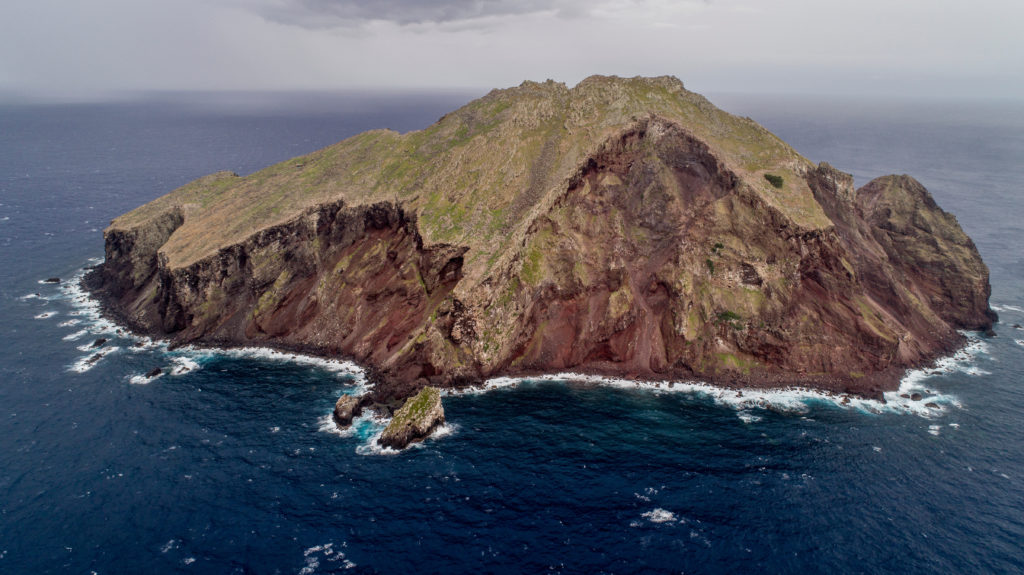 Redonda Island as it transforms from a lunar landscape to a lush green island teeming with life. (Photo by Robin Moore, Global Wildlife Conservation)

The partners will identify which species need to be protected, the challenges to doing so, and the strategies that will ensure success. This will include preventing non-native species from being brought back on the island, figuring out whether to plant trees and restore vegetation, and could even include reintroducing species such as the Burrowing Owl that had been eradicated by introduced species in the past. The process will bring together the various groups with an interest in the future of the island, including fishers who use the waters around the island, archeologists interested in the pre-Columbian remnants on Redonda, and tourism companies.

Protecting the (Animal) Kingdom of Redonda

“The island is a symbol of pride, even if most people in the country will only ever see it from a distance,” Appleton says. “There is this genuine enthusiasm around the idea that this is a really, really special place. Many people seem to like the idea that there’s an island that’s just being left to nature.”

Not only does Redonda have a unique natural history, but its cultural history straddles the line between fact and fiction. In the 1860s, a man by the name of Matthew Dowdy Shiell allegedly founded the Kingdom of Redonda with Queen Victoria’s permission, turning the island into a micro-nation—a myth that still persists today.

Redonda was also the site of one of the region’s largest guano mines, the result of countless centuries as home to massive seabird colonies. The miners brought with them goats, and their boats brought with them hitchhiking Black Rats, non-native species that have since been wreaking havoc on Redonda’s native wildlife, causing populations to plummet and the island’s ecosystem to teeter dangerously out of balance. In the year since the ambitious restoration program, Redonda Ground Dragon populations have doubled, Redonda Tree Lizard populations have tripled, hundreds of new trees have sprung up and land birds have increased tenfold. And the island’s globally important seabird colonies are having their best breeding year on record.

“It’s incredible to see this radical and rapid transformation of Redonda from a bare rock to a carpet of vegetation,” said Dr. Robin Moore, GWC’s communications director, who visited Redonda in August 2017. “As plants and animals continue to rebound—and as GWC, the government, the Environmental Awareness Group and their partners create and implement this protected area management plan, Redonda could truly be a showcase sanctuary for wildlife.”