Two hours up the fast-flowing Indian river, our boats were forced to stop in the driving rain by a fallen tree blocking the channel. Debris from Hurricane Otto back in November 2016 was rapidly piling up behind it and I thought our journey into Nicaragua’s Indio Maíz Biological Reserve was over. Quickly though, my traveling companions climbed out onto the floating logs, hauled the boats over the obstruction and we were on our way again, our boatman Caste expertly guiding us between the debris and the overhanging branches. 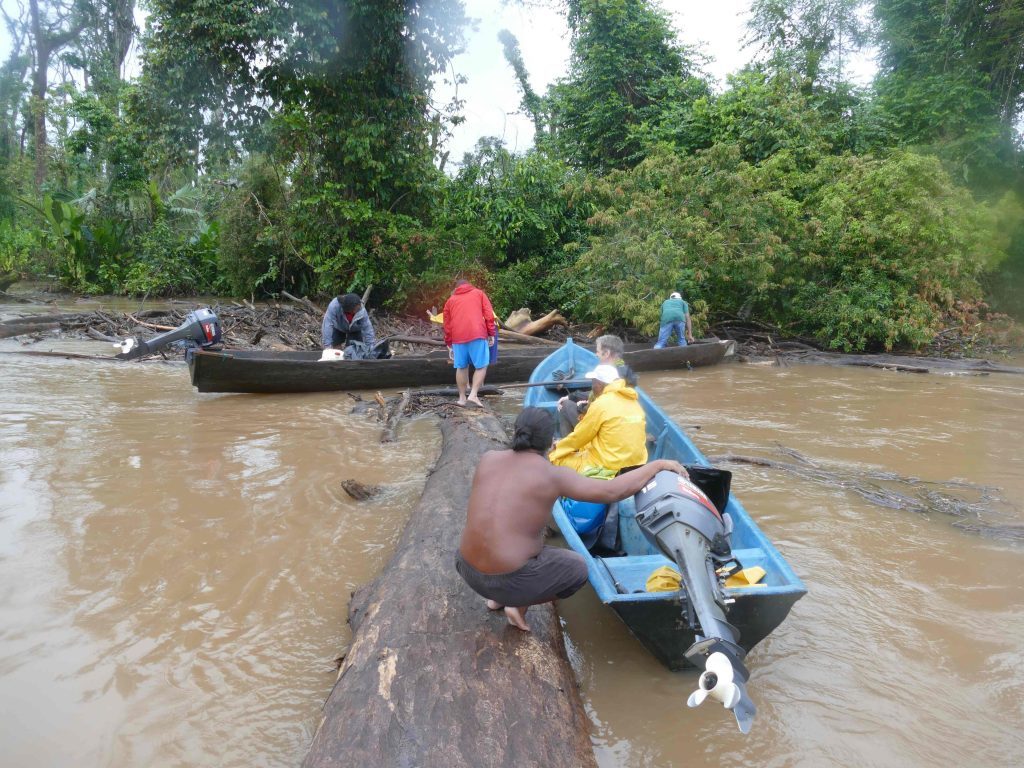 Hauling our boats across a fallen tree.

My journey had started three days before, traveling by road and river with GWC’s Nicaragua Program Director Chris Jordan and a group of community leaders, NGO representatives and local people. Its purpose was to evaluate how GWC could support planning the future conservation of the wildlife-rich forests and waters of Indio Maíz.

Hurricane Otto dealt a devastating blow to the area (as described in Chris Jordan’s blog post). In a few hours, much of the dense green jungle was flattened. Countless animals perished in the catastrophe, and there was also a huge psychological impact on the forest dwellers and users, whose world was literally torn apart. Many spoke in the aftermath of losing heart and hope. 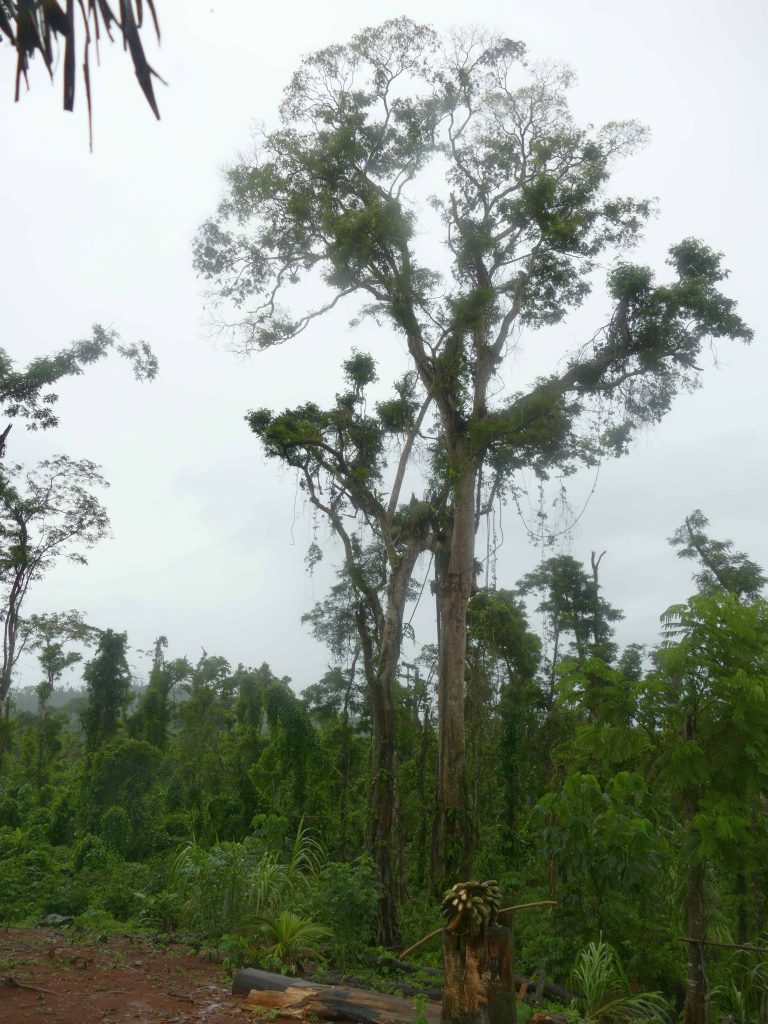 Yet just eight months later, the forest is showing signs of recovery and the community is mobilizing itself to protect it as it regrows. While we are on the river, Caste spots an illegal gill net strung across a creek; with a few machete strokes it is soon dismantled and confiscated. Three ranger teams supported by GWC patrol the forests and rivers, intercepting poachers, erecting boundary markers and deterring illegal settlers and ranchers seeking to clear the damaged forest. Armed only with GPS units, they log every violation and their records are collated to plan coordinated responses to the threats, including an ongoing action to remove a large illegal cattle ranch. 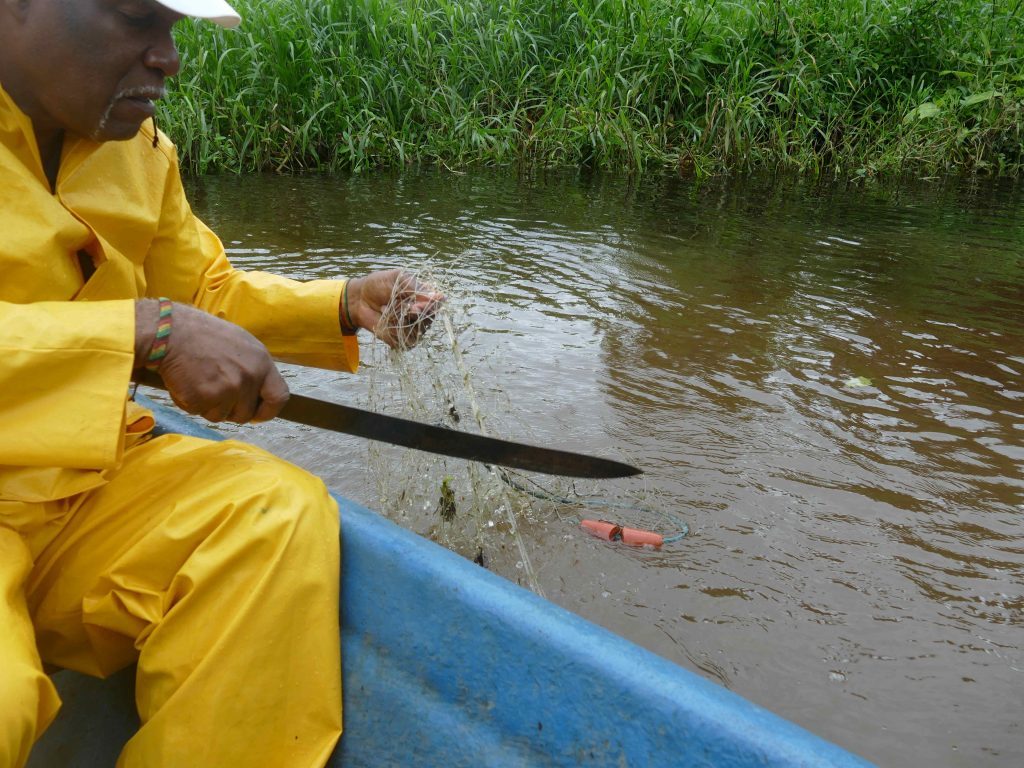 Conservation also requires action beyond the forest. In 2009, after years of effort, the indigenous Rama people and the Afro-descendant Kriol secured autonomous management of the Rama Y Kriol Territory, more than 9,000 km2 of land and sea, including most of the 2,630 km2 Indio Maíz reserve. In 2011, the Rama Y Kriol Territorial Government, the Ministry of Environment and Natural Resources and the Regional Autonomous Government signed a landmark agreement to coordinate management of natural resources in the area. Following a series of meetings during my visit, officials and local stakeholders from the Rama Y Kriol territory decided to build on this agreement by creating a shared plan that sets out their common vision and agreed actions for maintaining the values of the area, countering the threats and building on the opportunities. 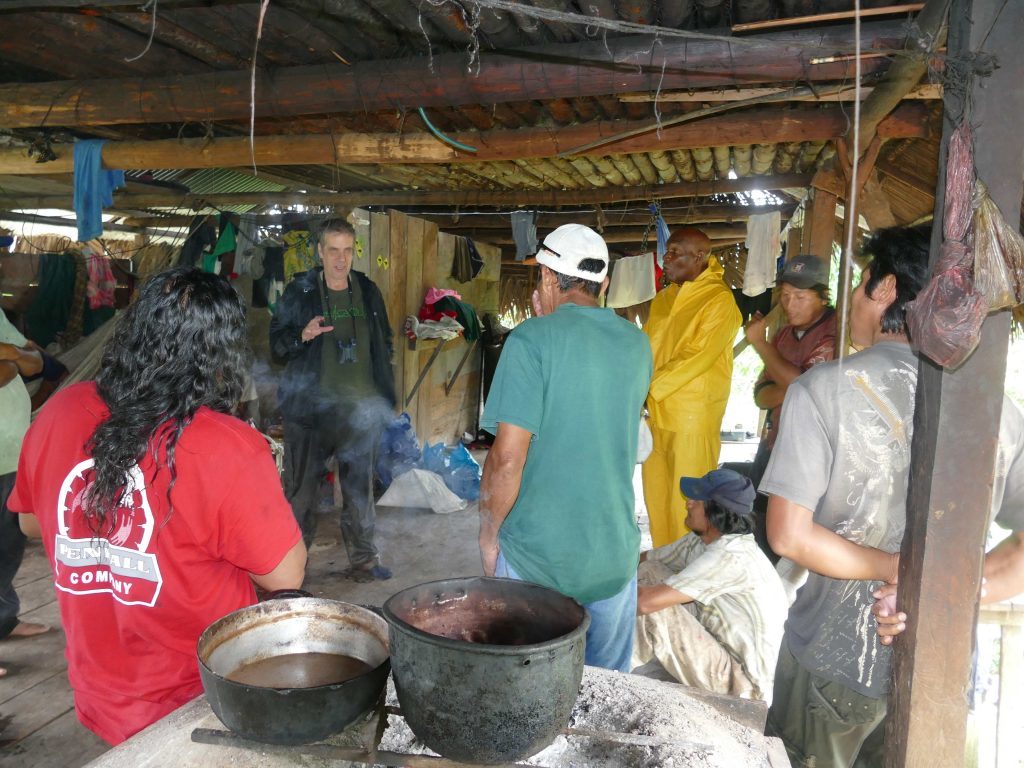 The plan they want is not a long complex technical document, but instead something much more concise and accessible (in the words of one participant, “short but rich”) that can be readily communicated to government authorities, donors, investors and communities. GWC will be supporting the planning process, linking the recovery and protection of the forest with strengthened intercultural bonds, healing of past conflicts and emergence from the trauma of the hurricane. 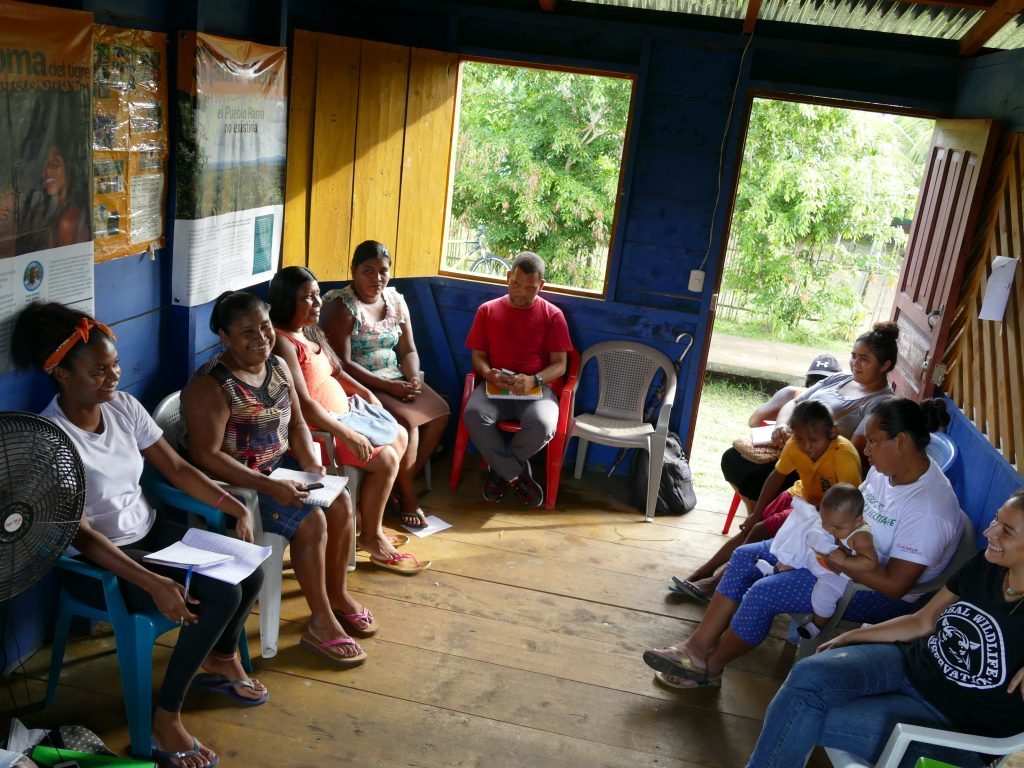 Women from Greytown present their proposals for a new micro enterprise center.

Most of the world’s major protected areas are managed by government staff, but Indio Maíz is very different. Conservation is led and implemented from the grassroots: by local people, their leaders and representatives, by community rangers, by women organizing themselves to develop new nature-based livelihoods and by micro entrepreneurs offering services to the growing number of visitors. Indio Maíz is at the vanguard of a new global movement of ‘Indigenous and Community Conserved Territories and Areas’ (ICCAs), recognizing that conservation often works best when it is led by empowered and supported local people. The way ahead will not be easy, but the people are determined and committed and GWC, alongside other organizations, is ready to help. 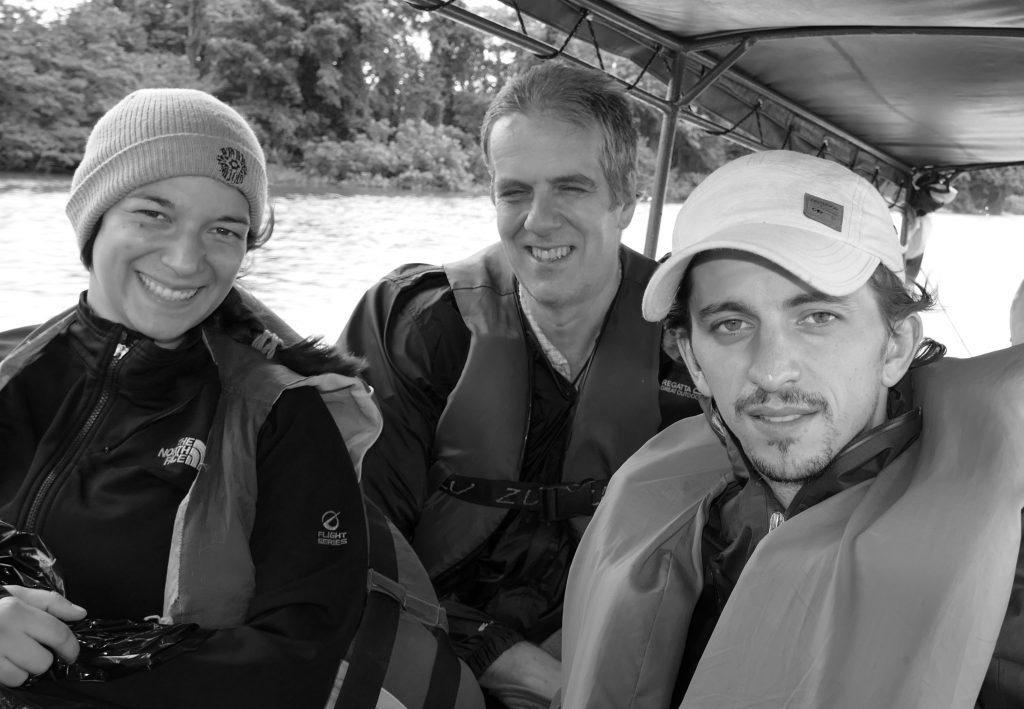 Our journey upstream ended at a riverside stilt house, where local rangers gathered to share their news, collect their monthly stipends and make plans to install conservation signage in vulnerable areas of the reserve. We spent the night in a simple forest lodge constructed by one of the rangers, where visitors can stay and learn about local nature and culture. As I lay in my room listening to the thunder and the sounds of the night-time jungle I recalled how Joseph Conrad wrote of journeying up a remote jungle river to find a heart of darkness. Our journey found something very different: a heart of hope.

Mike Appleton is GWC's director of protected area management. He focuses on applied, area-based conservation, building on scientific findings to achieve conservation results on the ground.