By Global Wildlife Conservation on November 17, 2017

Over the past month members of the GWC team have been working with local people on the Caribbean coast of Nicaragua to create a community-driven, protected area management plan for Indio Maíz Biological Reserve. 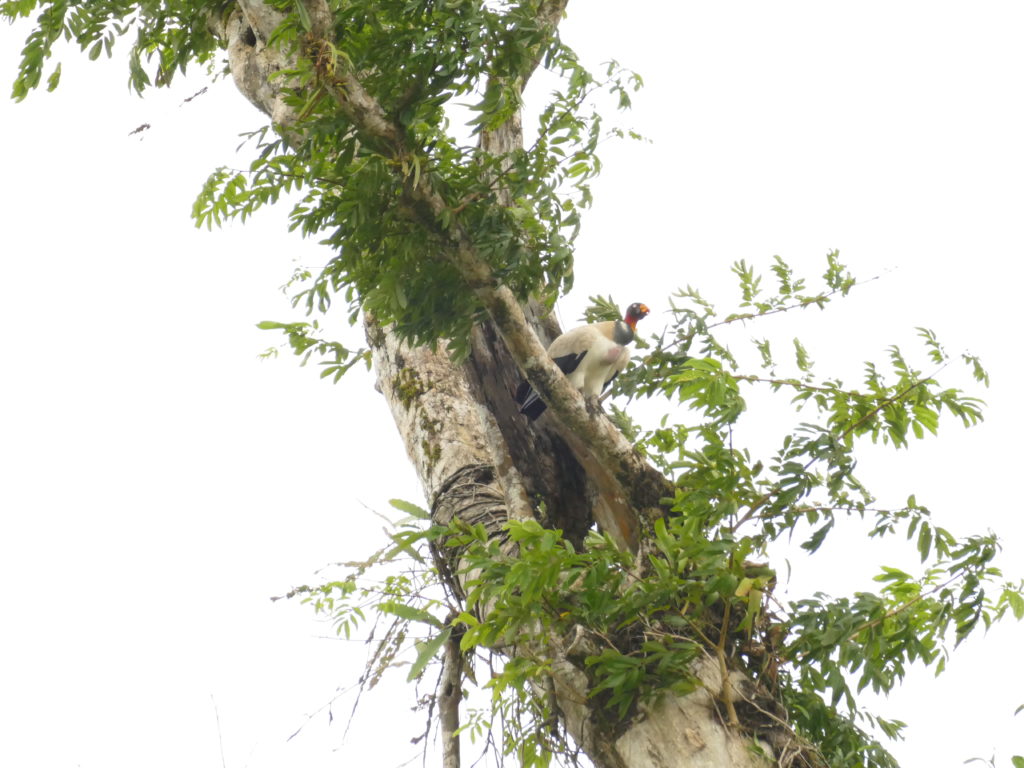 The reserve forms part of one of the five biggest forests remaining in Central America and is home to Baird’s Tapir, Jaguar, macaws, anteater and a host of other fantastic wildlife–such as this King Vulture the team was excited to spot. 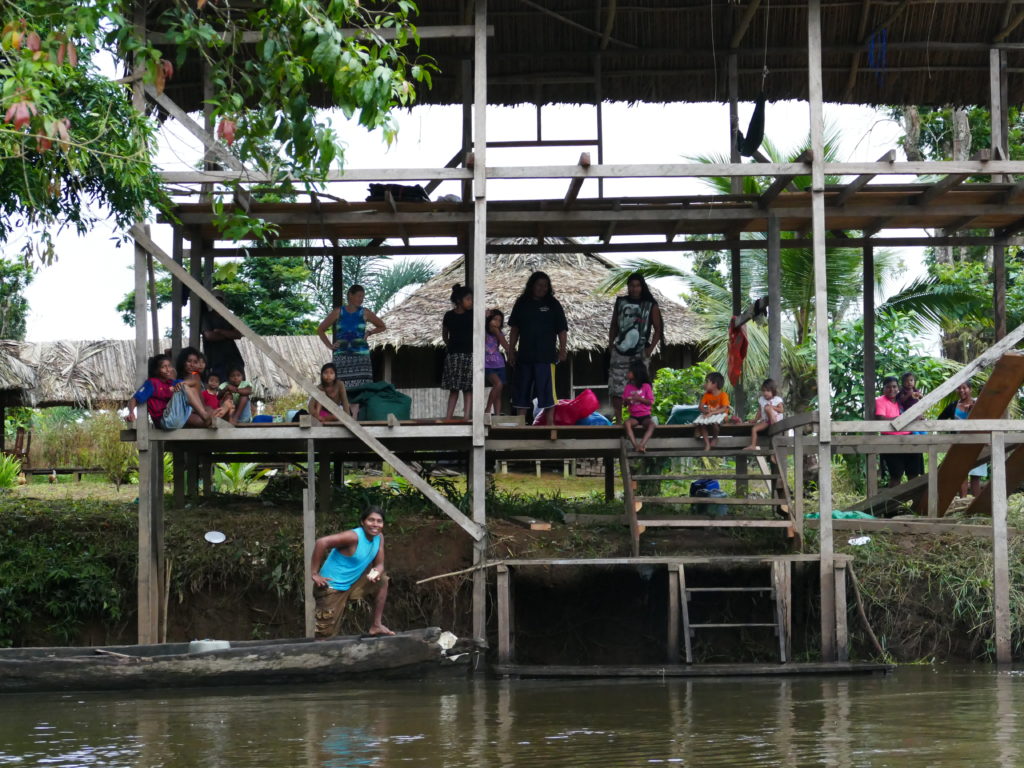 The reserve is also home to the Rama indigenous people of the Indian River community. 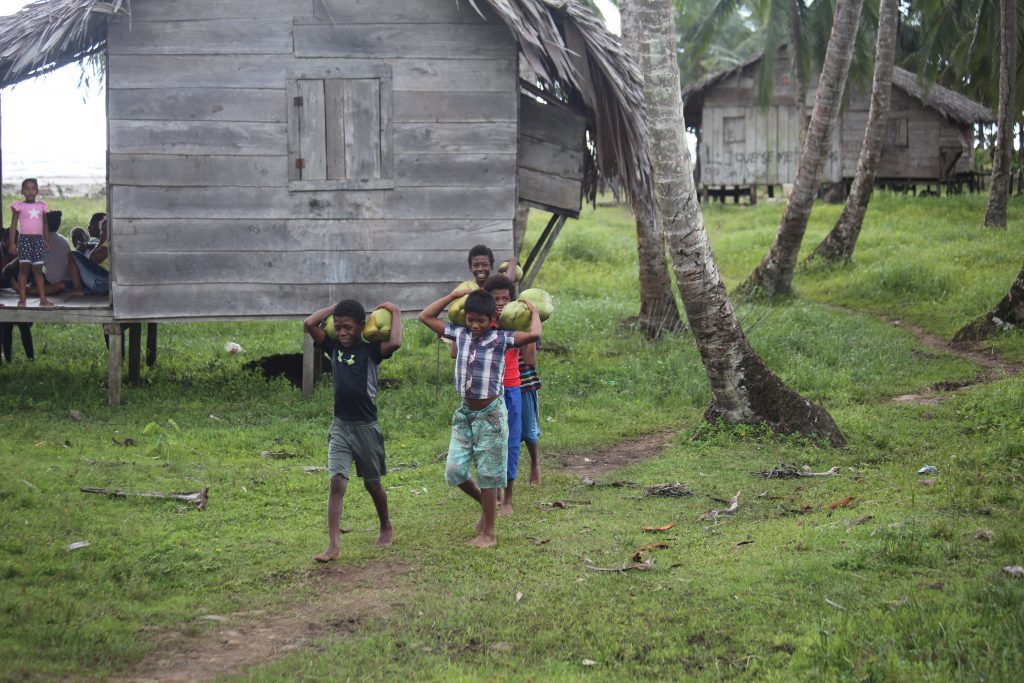 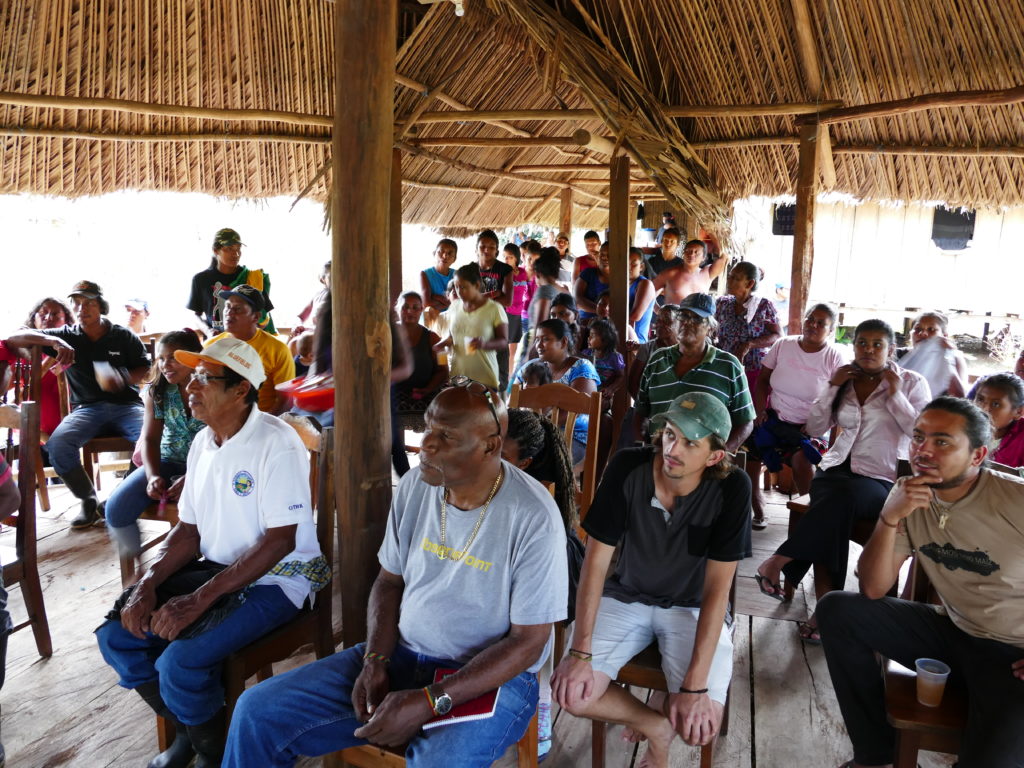 Members of the government of the Rama and Kriol and Global Wildlife Conservation met with communities in Greytown, Corn River and Indian River (above) to gather input for the plan. 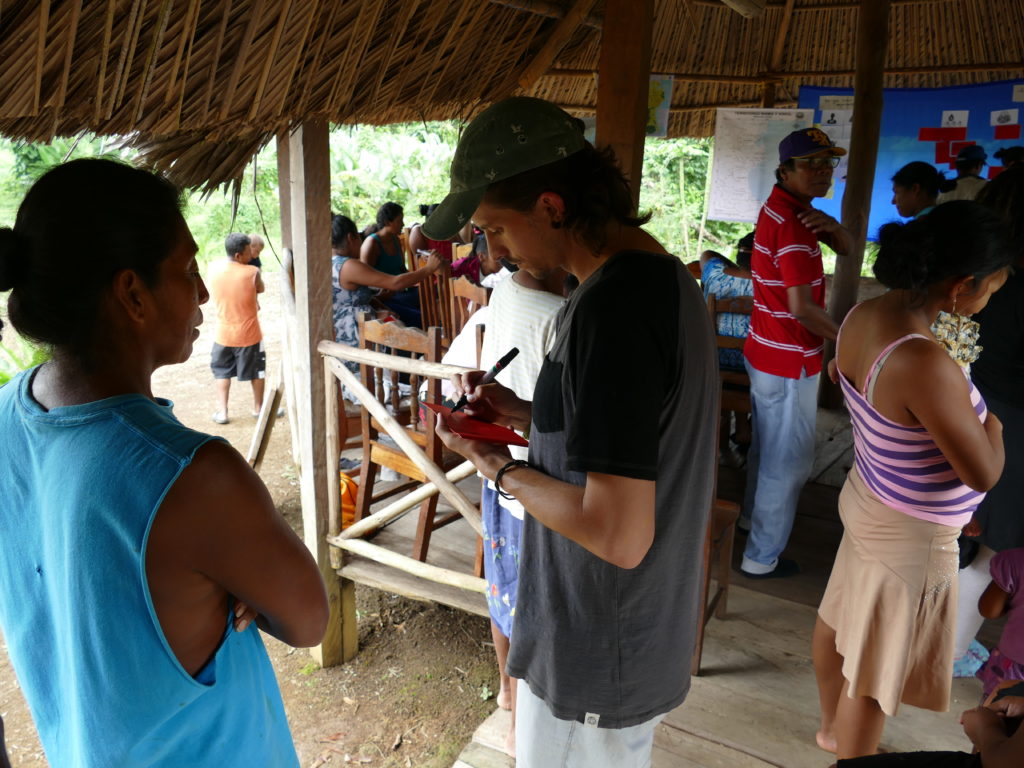 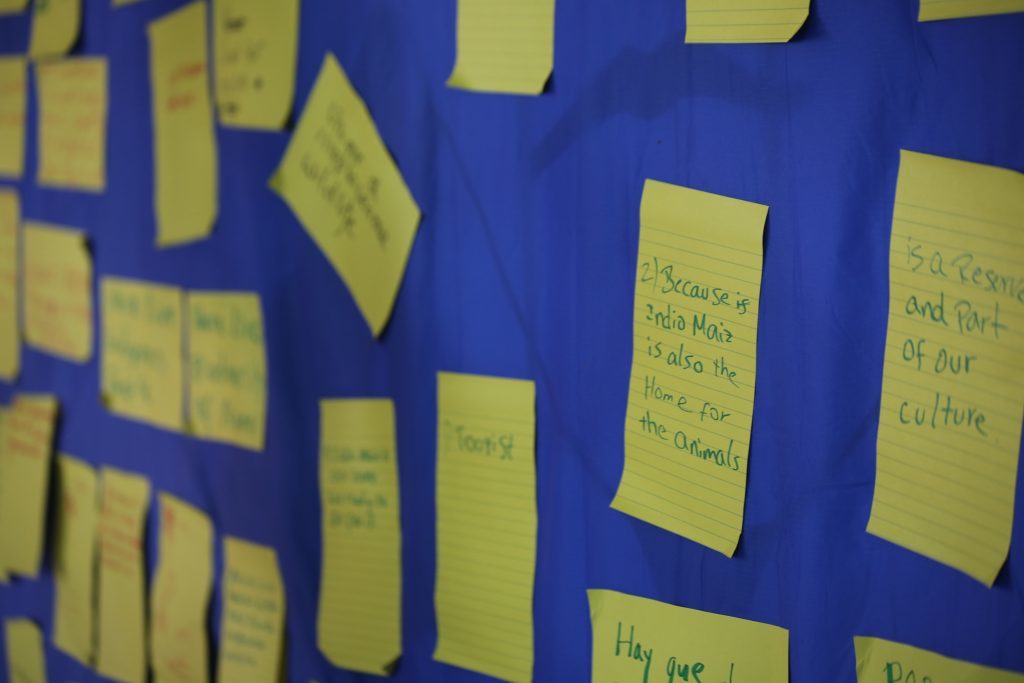 Many discussed the importance of biodiversity, as well as ecosystem benefits such as clean air and water, as very valuable. 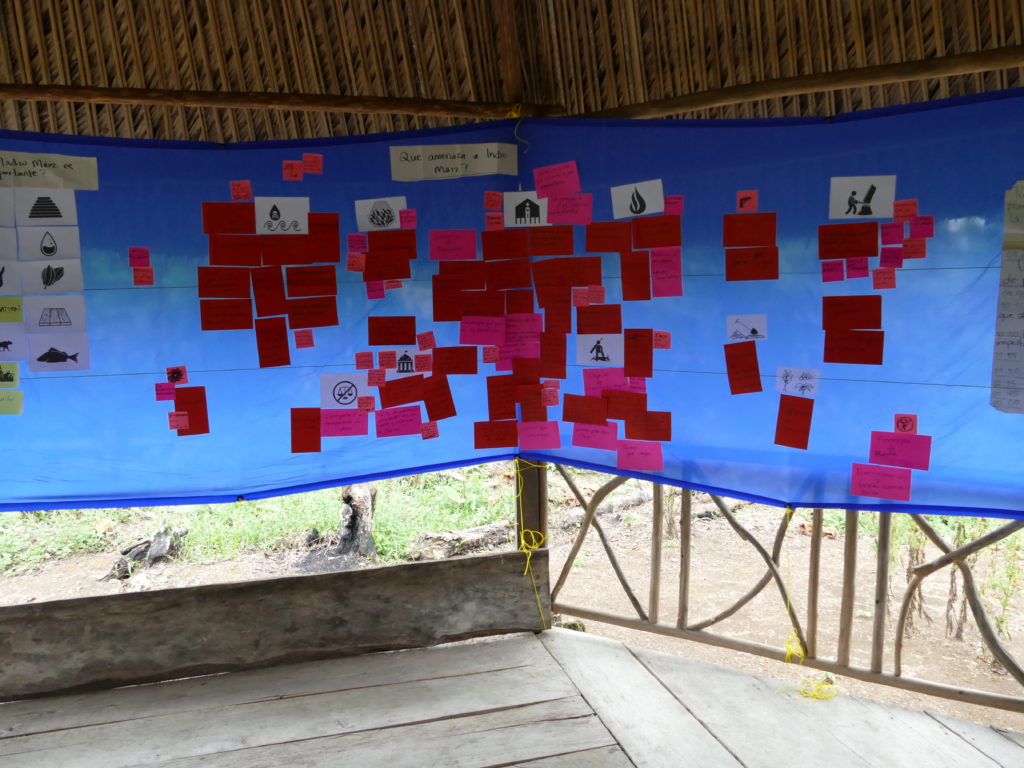 Indio Maíz faces many threats, particularly from ‘colonos’–cattle-ranching settlers who illegally come into the reserve. Related to colonos’ presence are other major threats such as the use of chemicals for fishing, illegal hunting and deforestation. 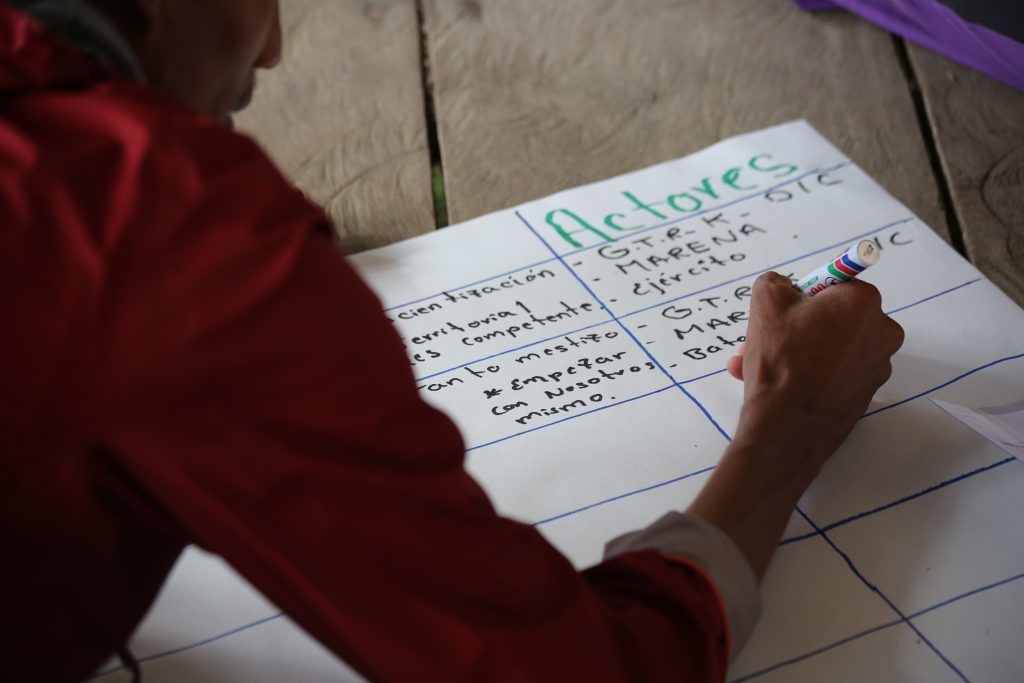 People were keen to get their ideas down at each community meeting, suggesting actions and identifying who needs to do what to address the threats. 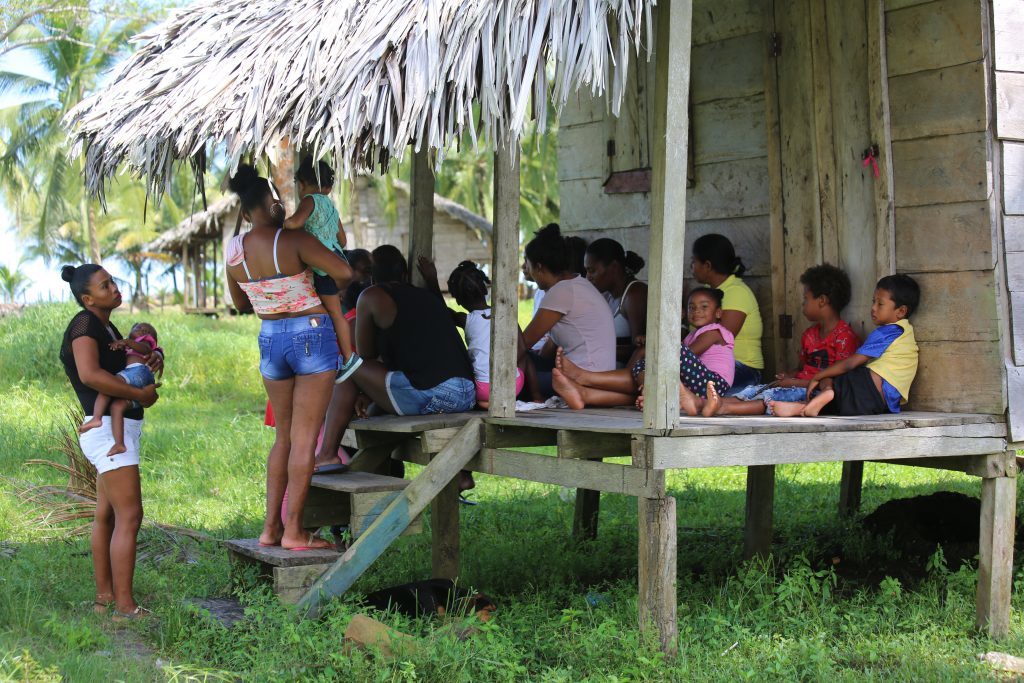 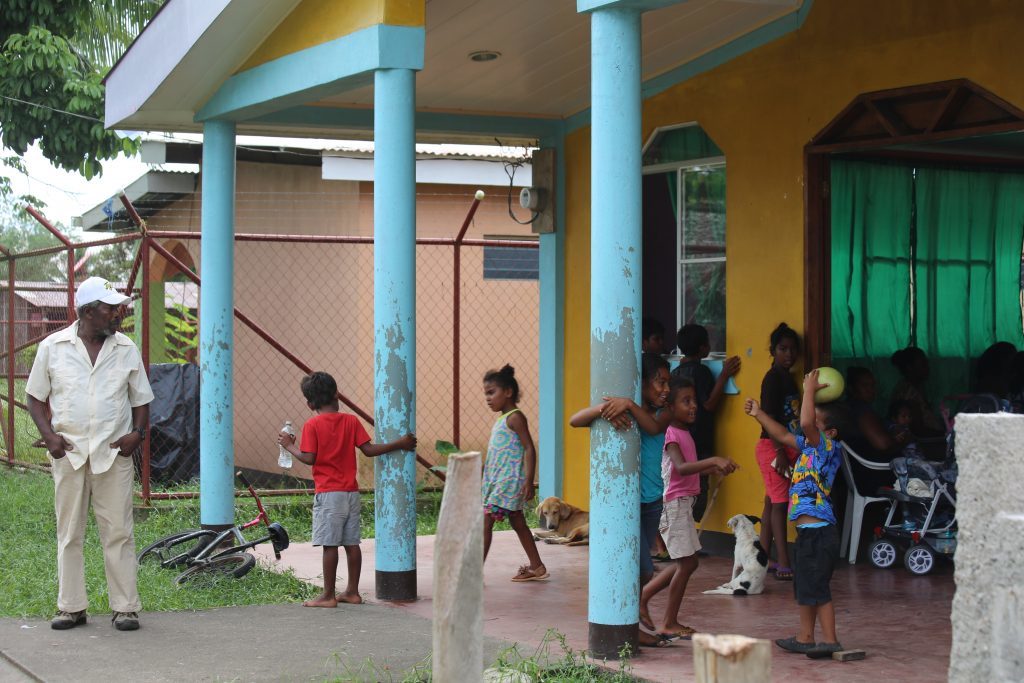 Every meeting had a swirl of activity going on around it: curious onlookers, rambunctious kids, barking dogs and laughing babies. 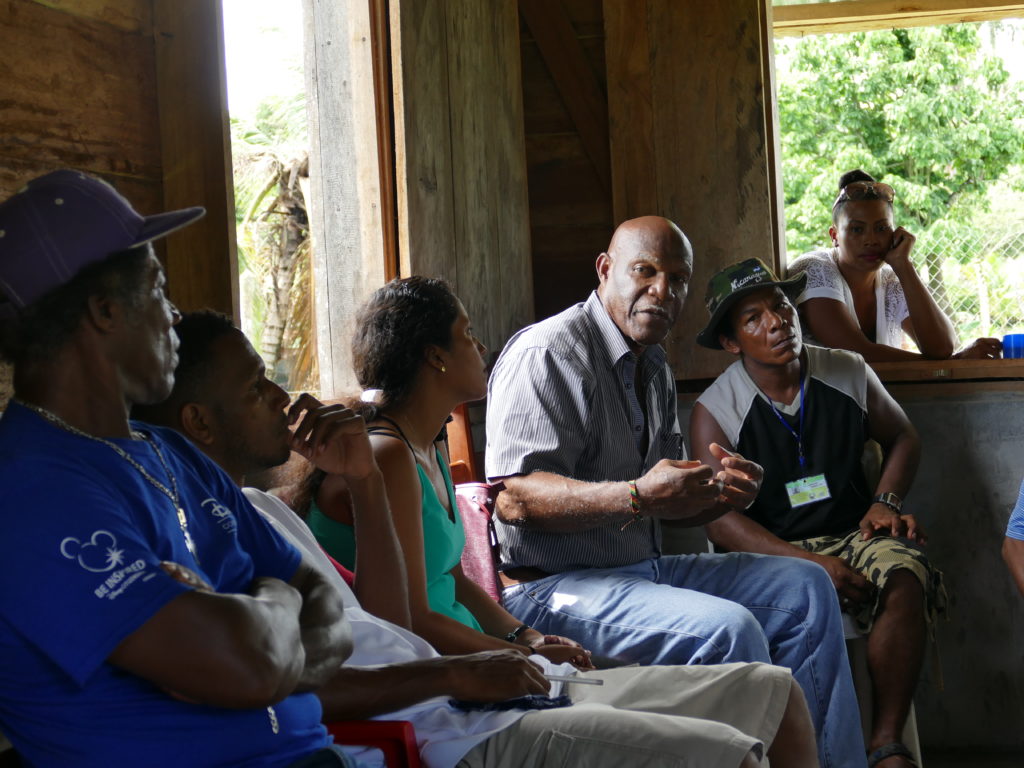 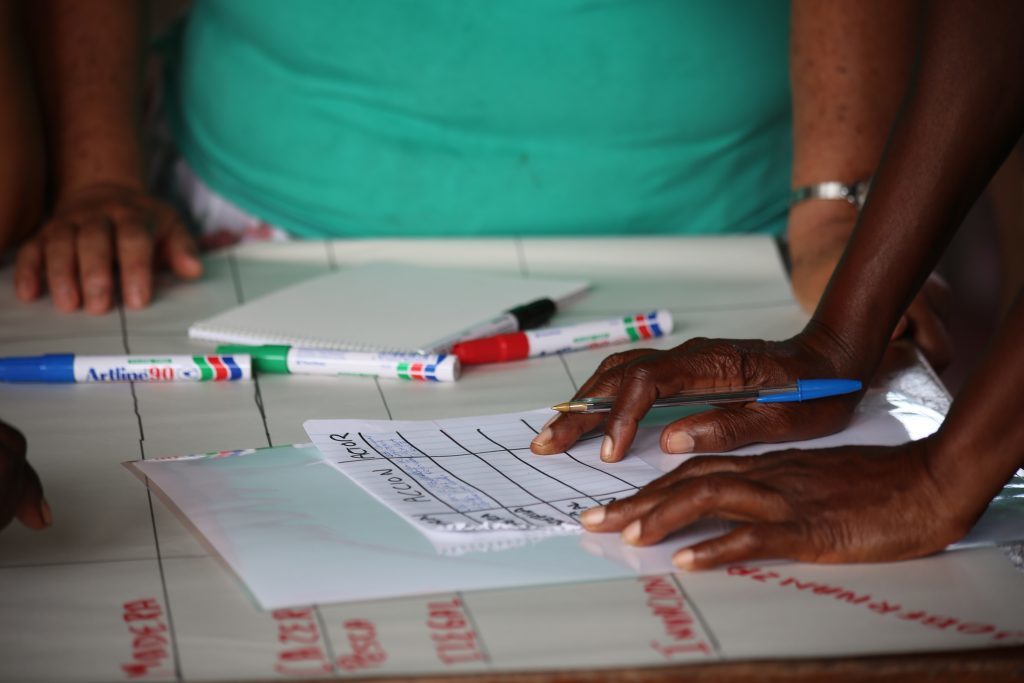 Next steps: compile all the information generated by the communities and working groups into a visual plan. 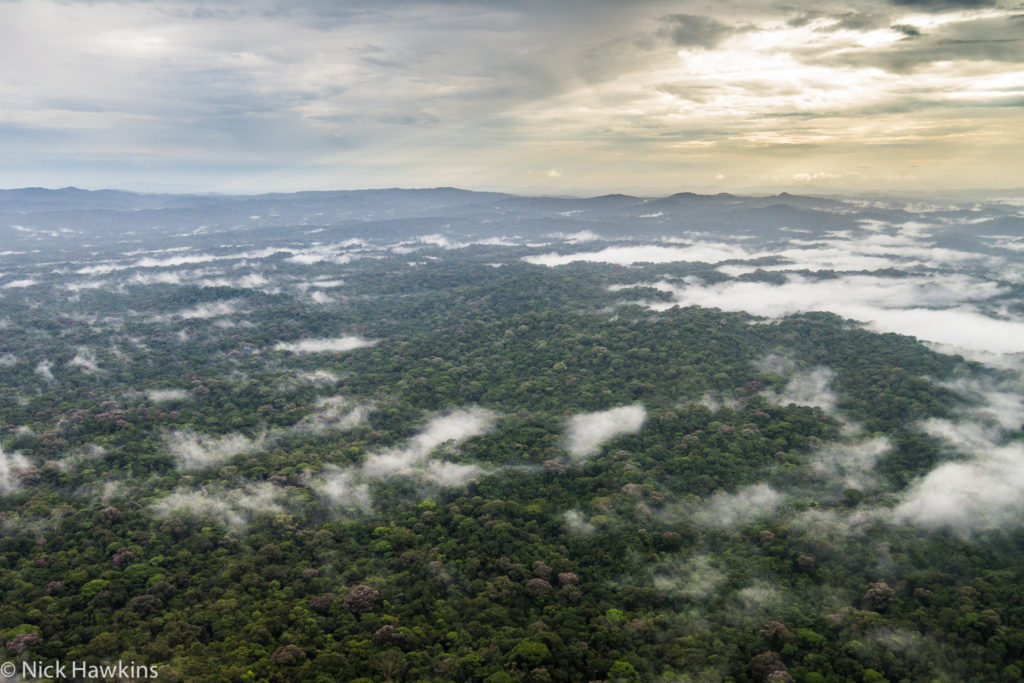 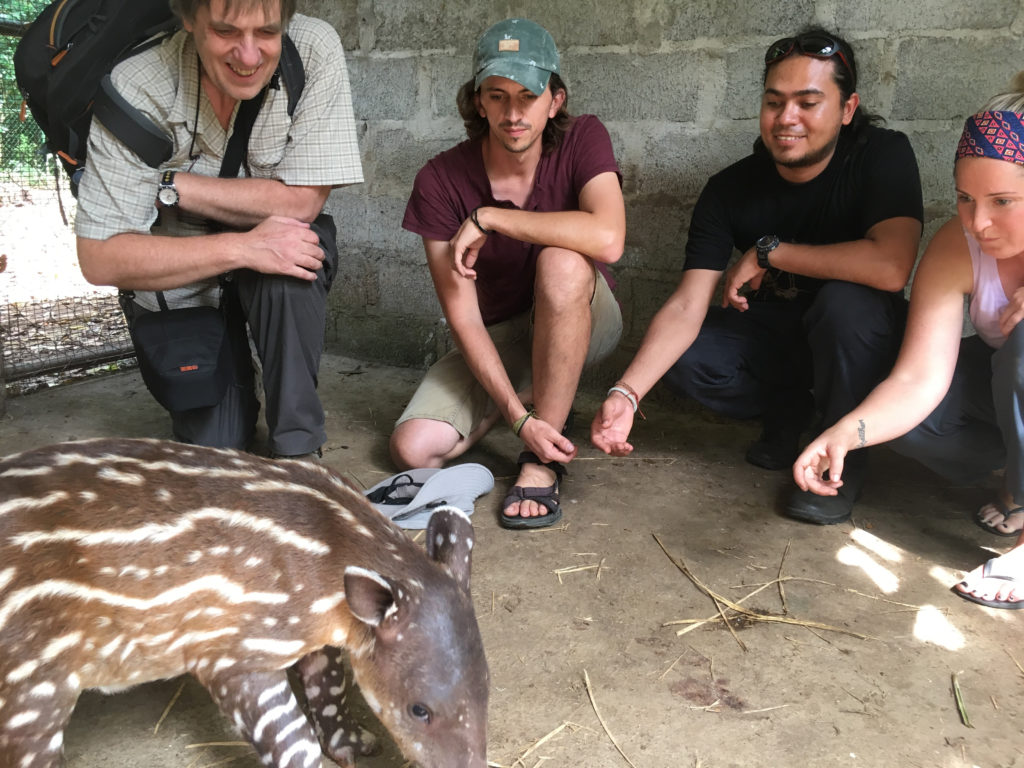 The team moving toward a secure future for Indio Maiz–with a baby Baird’s Tapir.

(All photos courtesy of Global Wildlife Conservation unless otherwise specified)