How #RangersDeserveMore Helped Illuminate All That Wildlife Rangers Do

Cara Martel is an Emerging Wildlife Conservation Leader (EWCL) 2019-2020, working to further conservation for Black Rhinos and increase recognition for the wildlife rangers that protect them. In honor of World Ranger Day 2020, Global Wildlife Conservation collected stories from rangers and the people who work with them. Below is a Q&A with Cara about her work with EWCL and creating the #RangersDeserveMore campaign.

When you started your career in conservation, how much did you know about rangers and their role?

Growing up on a farm in the midwestern United States, I learned from a young age that soil and water conservation are vital parts of sustainable farming initiatives. Plant and animal conservation were a part of that culture—part of what made our farming practice stable within the greater picture of regional environmental stability.

It was through Ranger Rick that I learned how habitats and wildlife were connected and why preservation of protected land was necessary. And all of these conservation efforts were happening through wildlife rangers. But my understanding of rangers was still limited to local and state parks in the region.

It really wasn’t until I was a teenager that I BEGAN to understand the scope of global conservation lands and the teams of rangers needed to conserve the biodiversity for the planet. Still, at that point, I believed the role of the wildlife ranger was to interpret the natural world for park visitors and to monitor habitats and wildlife within the park borders for population management. In my understanding of the outdoor world, I had already limited my idea of rangers, whether due to lack of knowledge of the vast connections to other pieces of the economy, on the level of difficulty in protecting habitats and animals, or on the interconnectedness through corridors and migrations. I wanted to understand more, but the information was not easy to find.

I earned my bachelors of science degree in biology and masters of science in Park Administration and Conservation Biology, educating myself on the species of the world and learning how the interwoven biodiversity of the planet needed the assistance of local, regional and global entities working in various careers and platforms. So, it should not have come as a surprise that those on the wildlife frontline—the rangers—play such a critical and multifaceted role in the world. Through all of the discussions, lectures, and presentations, at no point did I imagine the breadth of skills that a wildlife ranger would need to make an impact. And as a result, I did not recognize how THIS frontline career—a role that preserves our way of life on many levels—needed more support, more honor, and more recognition.

I wanted to do more for conservation efforts on a global level, and I left the Midwest for Florida, where I was able to start my career at a zoological facility. I engaged with park visitors regarding global conservation efforts daily. It was in this position that I began to understand the various roles that rangers play globally. For various conservation projects throughout the world, rangers were involved directly or indirectly with conserving and protecting the target habitats or species. These individuals were always in the field engaging with community members amid human-wildlife conflict scenarios, running patrols through countless acres, or working to eliminate poaching in their region through endless tracking and removals. Depending on the location, the updates from field were always different – there were always challenges and successes. I grew to admire the work and accomplishments of rangers but did not yet have an outlet for large-scale recognition for these efforts. 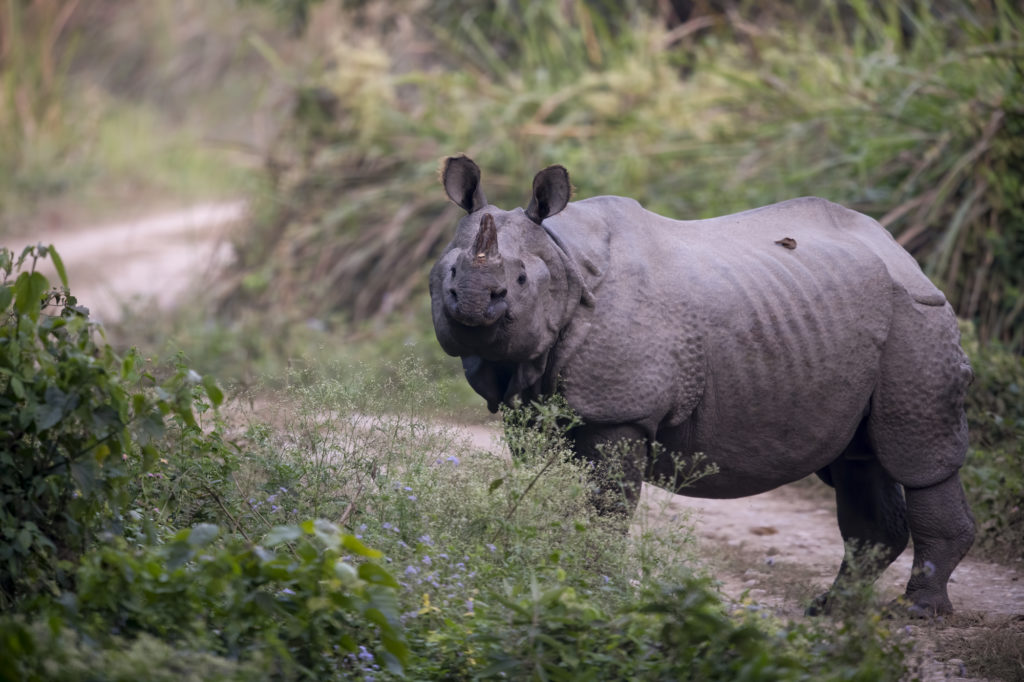 How did you start working with Emerging Wildlife Conservation Leaders and GWC and why the focus on rangers?

As my interest, efforts, and career in conservation grew, I knew that I would only become more effective by developing and networking locally and globally. I applied for a global conservation leader training program with Emerging Wildlife Conservation Leaders (EWCL). EWCL is an initiative that brings together 20 conservationists for capacity-building and intense training in campaign development. The program includes implementing a two-year campaign around an international wildlife issue.

The 20 members are now working on one of four projects regarding rhino conservation. During the project assessment phase, I quickly decided I wanted to focus my energy on an initiative GWC is also working on—recognizing wildlife rangers for their incredible efforts. Although the project began with and still has an incredible focus on rangers who are responsible for Black rhino conservation efforts, it’s grown beyond that. Our team worked on an infographic for the World Ranger Congress in Nepal in 2019 and attended the Congress to communicate about our project. It was well-received, and it has led us to expand the project for the global support, honor, and empowerment of wildlife rangers. They do so much for our planet—they ALL deserve more. 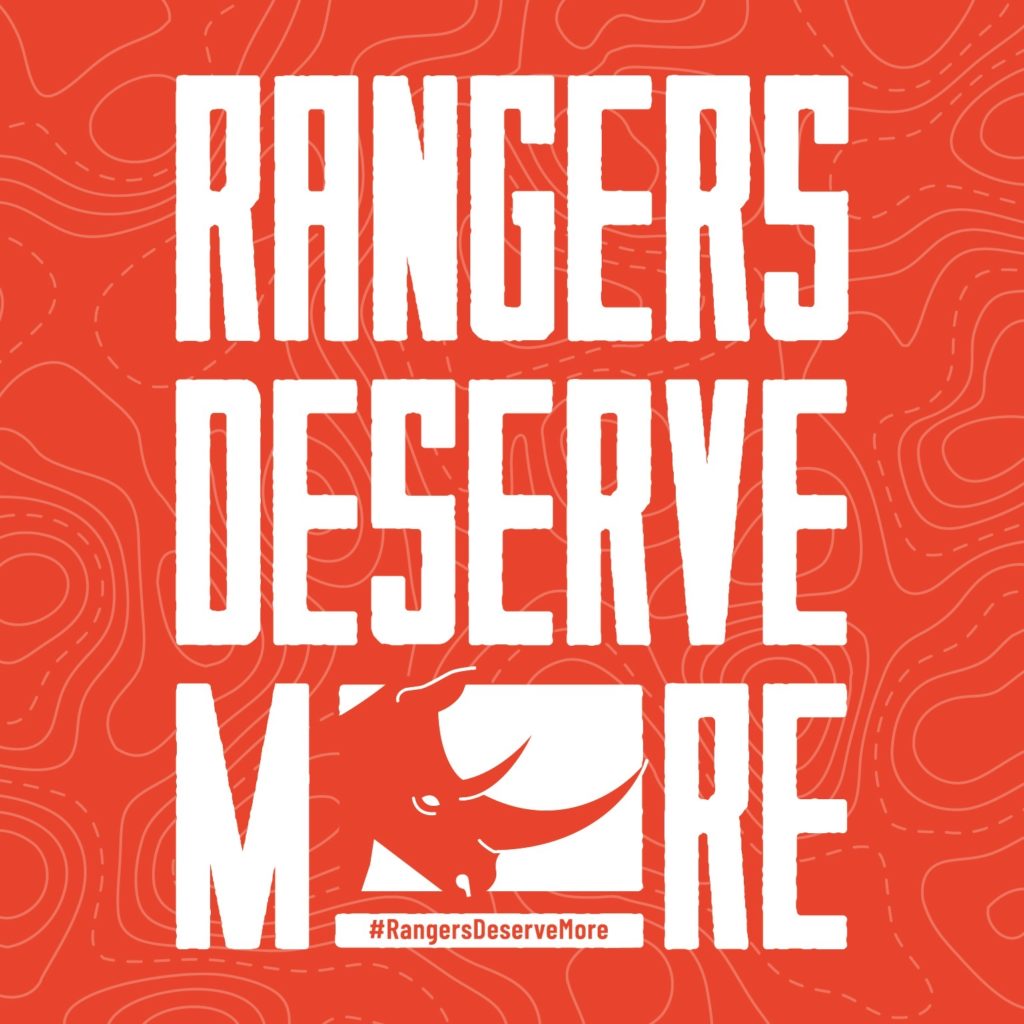 What do you feel are the key needs for rangers and why start #RangersDeserveMore?

As soon as our EWCL team began researching wildlife ranger needs, welfare status, and successes, we soon realized the vast realm of roles that rangers fill daily. Ranger stories from across the globe—their challenges and their successes—fill a huge space in the global economy. We started to understand the immense lack of global, regional, and local concern for their health, well-being, and regard within the community. They were putting their lives on the line—24hrs a day, 365 days a year—to protect habitats and Critically Endangered species.

Although rangers face several difficulties in their daily lives—from lack of health care to confronting threats from poachers, our team was hoping to focus on the positives of being a ranger and what the profession offers to the planet. Rangers really are the superheroes of the wildlife frontline, with several vital pillars of the economy relying on them: tourism, environment, education, health, safety, and international border and animal trade controls. Within these pillars, we are hoping to promote the ideas of gender equality, new technology usage, improvements in ranger welfare, ranger respect and professionalization, increase in ranger capacity through strong/trained skill sets, and positive community relations. Rangers deserve all of these recognitions and balances, just as they are found within other frontline roles such as police officers, fire fighters, and teachers.

Rangers know they deserve more; however, those outside the field of conservation may not fully understand the role of today’s wildlife ranger, nor understand what recognizing these heroes on the frontline might mean. Rangers deserve more support—support from decision-makers regarding on-going training, improved and maintained equipment, improved healthcare, and long-term benefits. Rangers deserve more honor—locally, regionally, and globally. Rangers work within communities to help wildlife, help economies grow, and to connect youth to nature for future generations. Rangers deserve more empowerment, with easily accessible tools for improvements and development within their career path. With rangers deserving so much for all that they do, it seemed only right for the hashtag #rangersdeservemore to evolve. We wanted not only the ranger community to learn of new developments, but those outside the ranger community as well. Rangers work globally, and it is time for this vital frontline role in our world to be recognized on a global scale. 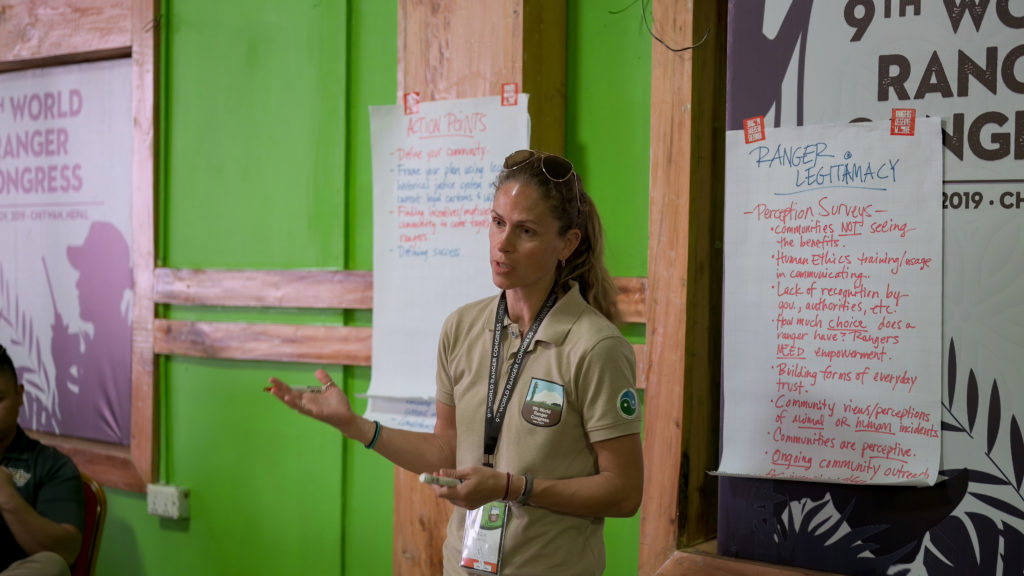 What did you learn attending the World Ranger Congress in Nepal, presenting to and engaging with rangers from around the world?

Being a part of the WRC in Nepal was surreal—very uplifting to be surrounded by so many positive, conservation-minded and motivated individuals and teams. Wildlife rangers from around the world were eagerly sharing stories from the field and how they overcame challenges in their regions and countries. They all had a story to share but were just as keen to listen. In presenting the initial Rangers Deserve More infographic at the Congress, we felt a huge amount of gratitude from the rangers. The infographic included detailed success from throughout the world as samples of wildlife ranger impact locally and globally, while also pointing out how other frontline professions performing similar tasks are paid on extremely different scales.