Conserving Endangered Wildlife in the Lands of Indigenous People: A Story of the Tamaraw and the Tau-Buid

The Mounts Iglit-Baco Natural Park is home to the largest population of Tamaraw, a Critically Endangered species of wild buffalo. At D'Aboville Foundation, we provide technical assistance to Mounts Iglit-Baco Natural Park, and we are a partner of GWC. D'Aboville Foundation and GWC are working with the national park, the government's Tamaraw Conservation Program and other cultural groups to implement consistent solutions that save the Tamaraw in the wild, integrate the cultural and development needs of the Indigenous People and address the non-sustainable use of natural resources in the region.

The park is one of more than 200 protected areas in the Philippines that shares boundaries with the ancestral domains of Indigenous Peoples. The Tau-buid, Buhid, Bangon, Tadyawan, and Hanunuo peoples within the park (there are others who live outside of the park as well) have lived there long before it was established as a protected area by the government, and they are our essential partners in preserving the park's biodiversity.

It is estimated that two-thirds of the indigenous peoples in the park belong to the Tau-buid and Buhid tribes. Both tribes are taking steps to ensure that their ancestral homes are recognized by the government. The Buhids have secured a Certificate of Ancestral Domain Title (CADT). The CADT application process for the Tau-buids, the largest indigenous group in the park, is underway.

When we work with Indigenous Peoples, we adapt our activities to fit their customs, cultural preferences and laws. Before we start engaging them, we carefully consider the processes we may follow to ensure that we are sensitive and effective partners, sharing the same overall objectives despite differences of approach and beliefs. 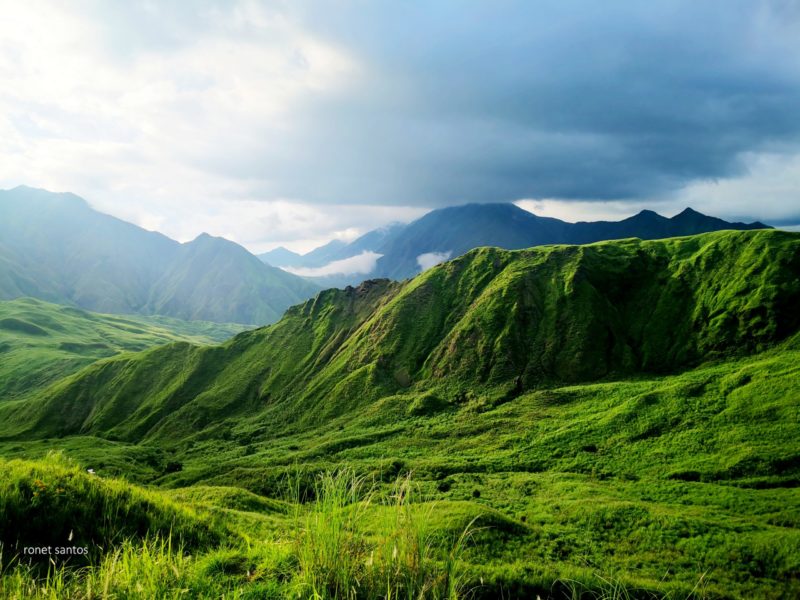 The ancestral domain of the Tau-buids, an area shared with the Mounts Iglit-Baco Natural Park

The key to any strong relationship is communication. We try to consistently maintain open lines of communication and consult with the indigenous tribes in Mounts Iglit-Baco Natural Park. That means that we sometimes have to take extra steps to adhere to their rules for communicating with outsiders.

The upland Tau-buids don't allow outsiders to visit their settlements, even park rangers. They are afraid that outsiders might be carriers of diseases that are lethal to the Tau-buids. Therefore, they send their community leaders to meet with park staff and other groups in a venue outside their settlement, usually at the ranger stations. As a result of the pandemic, they are currently self-isolating to prevent any exposure to COVID-19.

"We have sacred places, where the spirits of our ancestral and other spirits dwell," Tribal Chief Fausto Noveloso, reminds outsiders visiting and working in their lands. "We respect these places and do not visit them except for ritual purposes. We prohibit the outsiders from visiting our sacred areas."

They also require that treks, even by park staff, off the trails between ranger stations and established tourist destinations, be done in the company of a fufuama (a community leader) to avoid any violations of the traditional rules governing sacred places within their ancestral domain.

Not Lost in Translation

When we do meet with community leaders, we ensure that we are speaking a common language. The Tau-buids speak a distinct language. Many can speak Tagalog, the major Philippine language, but they switch to speaking Fanabuid, the Tau-buid language, in discussing serious matters in the company of fellow Tau-buids.

We always work with members of the community who can serve as translators, to facilitate meetings. The D'Aboville Foundation is fortunate to work with two Tau-buid representatives who can speak Tagalog and Fanabuid. Some of the park rangers have learned to speak Fanabuid as well.

Many of the Tau-buid leaders cannot read and write, so we use illustrations, visual aids and Tau-buid terms to ensure we better understand each other during discussions. Often, some of our visual aids are maps.

"I cannot read maps, but I know the locations of rivers, mountains, and forests," says Henry Mapilwi, a Tau-buid fufuama (elder, community leader).

On the map, we'll make sure to point out landmarks, essentially allowing it to serve as a miniature version of the landscape. So, instead of talking about the latitudinal or longitudinal coordinates of a specific location, or how many kilometers away something is, we'll use a landmark. 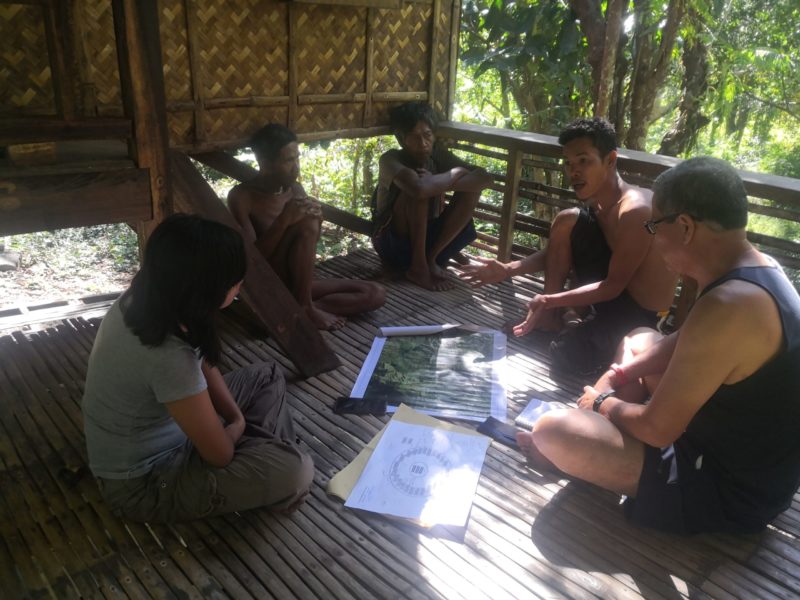 Outside of in-person meetings, we also strive to fit our work within Tau-buid rules and customs. They manage natural resources using a framework anchored in three concepts. The key concepts are sagrado, fangtungkudan mangilafang, and fagfanluan mangilafang.

The sagrado (sacred) is a place within the ancestral domain that Tau-buids defer to because ancestral and other spirits dwell in these areas. It can also be a place where specific cultural practices are performed. The fangtungkudan mangilafang (wildlife refuge), to the Tau-buid means an area where wildlife can take refuge and reproduce. It's therefore a "no-take" area for wildlife. The fagfanluan mangilafang (roaming area) is the place where wildlife roam and traditional hunting is allowed.

These three concepts have been guiding the Tau-buids for generations. In a healthy ecosystem, they are sustainable and consistent with the park's conservation objectives.

"We have shared living space with the Tamaraws for generations," emphasizes Chief Fausto Novelozo. "The Tau buid lifestyle in the uplands will not lead to the decimation of this species." 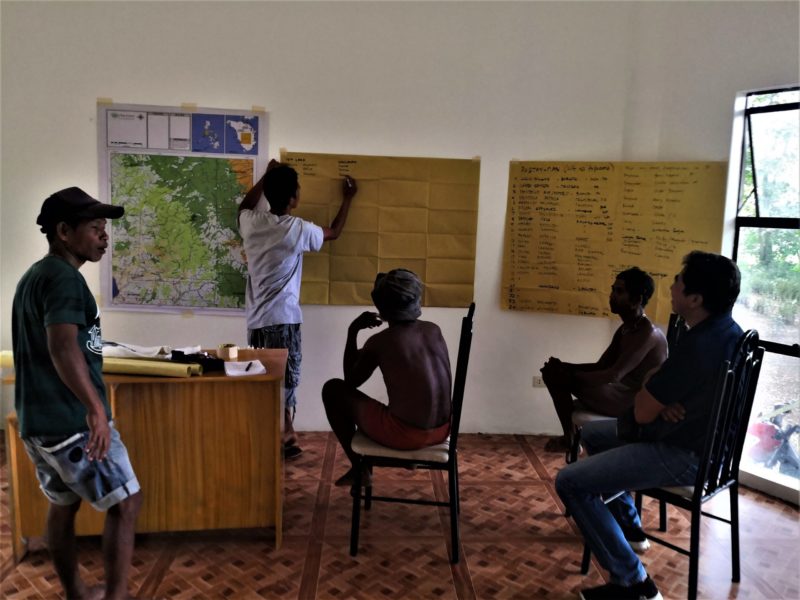 The Tau-buids have their own traditional political structure. There are designated mediators and advisors at each level of government.

Each Tau-buid settlement is led by a fufuama (elder) who is chosen by the community to communicate with lowlanders and other Tau-buid settlements. Some of the fufuamas are also fagtaynans (tribal leaders) that belong to the Council of Elders of the entire tribe. The Council of Elders needs to be consulted on matters pertaining to the tribe, or at least made aware of all the patrol and conservation activities in the upland settlements. For instance, the construction of all types of infrastructure (such as ranger stations, tourist facilities, and water systems) need the approval of the Council of Elders.

There are 24 fagtaynans for the more than 70 Tau-buid settlements in their ancestral domain. They meet regularly (almost every month) to discuss tribal concerns and make decisions through consensus on matters affecting the tribe, including their relationship with the park management.

There are currently three tanungan, or supreme leaders, one of which is the Tribal Chief. The Tribal Chief represents what the Tau-buid considers the three regions separated by rivers within their ancestral domains. The tanungans are consulted on major matters that will affect the entire tribe, such as the construction of a road within the ancestral domain, or the prohibition of the entry of tourists and lowlanders in the ancestral domain during the time of a pandemic. The tanungans serve as facilitators during discussions and decisions are made through consensus. 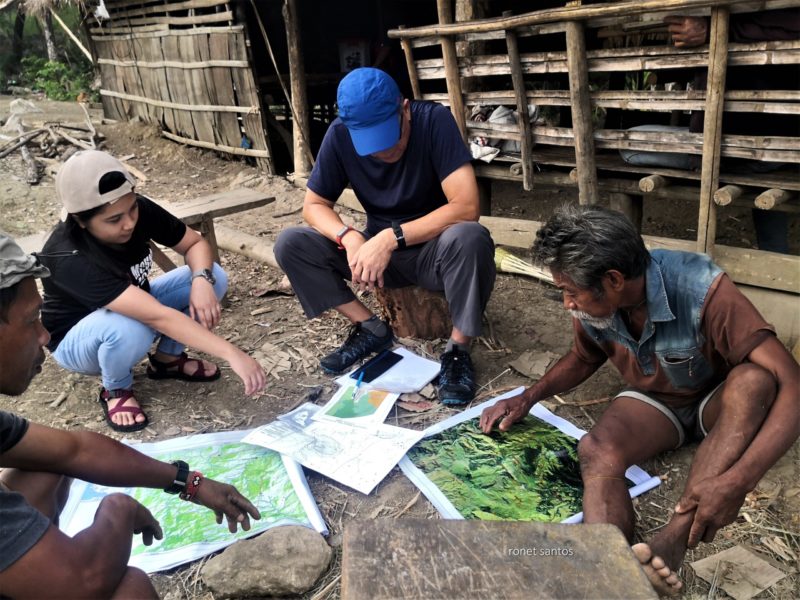 Including Indigenous Peoples in National Government

One of the committees of the management board have members who are Indigenous Peoples and specifically addresses concerns of Indigenous Peoples. The Mount Iglit Natural Park Protected Area Management Office consults the Tau-buids on a regular basis, and conducts meetings with the Tau-buid leaders on a regular basis to ensure that plans and activities of both sides are aligned and complementary. 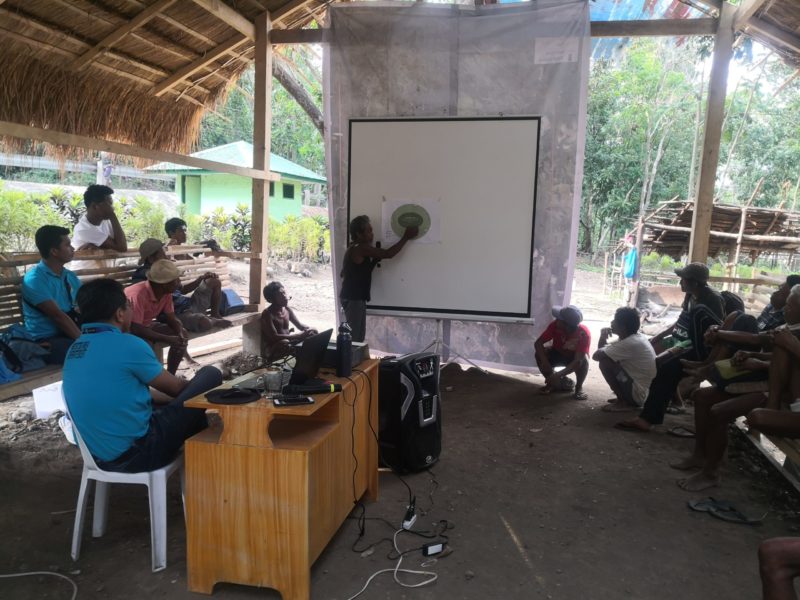 D'Aboville Foundation and Demo Farm Inc has provided technical assistance to the Mounts Iglit-Baco Natural Park Protected Area Management Office and the Tamaraw Conservation Program since 2013. The current work with the Tau-Buid communities is part of a long-term engagement that was initiated in 2014 through the collaboration of various experts and partners, especially the field study conducted by Dr. Christian Rosales in 2017 who has, for the first time, provided insight on the cultural practices of the upland Tau-Buid communities.

Ronet Santos is a program manager with D'ABOVILLE Foundation and Demo Farm Inc. D'ABOVILLE Foundation provides technical assistance to Mounts Iglit-Baco Natural Park in the Philippines to save Tamaraw in the wild, integrate the cultural and development needs of the Indigenous People and address the non-sustainable use of natural resources in the region.