By Global Wildlife Conservation on September 25, 2018

By Haley Mellin, artist and conservationist

Artist Ben Thorp Brown’s work addresses embodied experience, perception, and memory. Working across video, sculpture, performance, his projects consider the effects of ongoing economic, environmental, and technological change. This includes his Academic Forms with Rocks, which Thorp Brown generously contributed to Christie’s New York Post-War to Present Auction in support of the purchase and conservation of a large-scale forest in the Americas to form a new national park.

Recent work includes exhibitions at the St. Louis Art Museum; The Whitney Museum Dreamlands: Immersive Cinema and Art, 1905-2016; MoMA PS1 Greater New York; The Vienna Biennale 24/7 the human condition; and SculptureCenter Chance Motives. His work will appear in upcoming solo exhibitions at the Jeu de Paume, CAPC Bordeaux, and Museo Amparo. He has participated in residencies through the Lower Manhattan Cultural Council’s Workspace program and at the Chinati Foundation in Marfa, Texas. He received a B.A. from Williams College, an M.F.A. from the School of the Art Institute of Chicago, and attended the Whitney Museum Independent Study Program. He currently teaches in the BFA and MFA programs at Parsons and The New School, and has received awards supporting upcoming work from Creative Capital and the Graham Foundation.

Artist Haley Mellin asked Thorp Brown about the inspiration for Academic Forms with Rocks and what the work aims to convey. 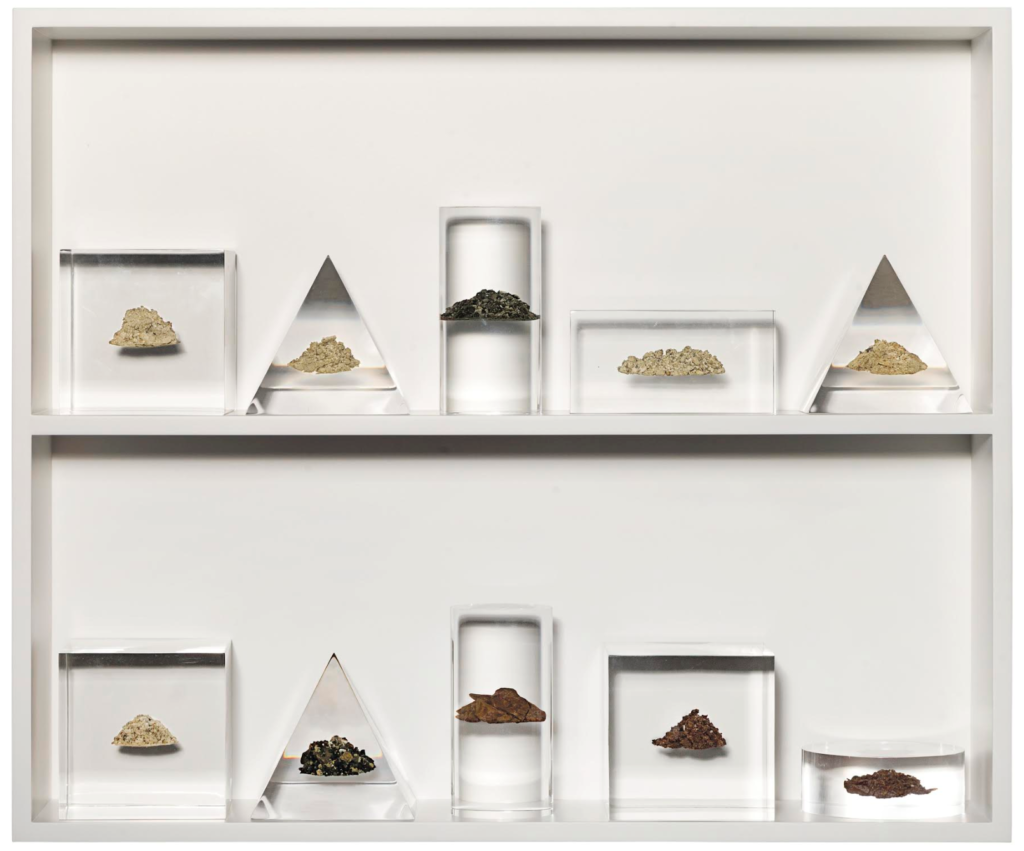 Mellin: What inspired Academic Forms with Rocks? What did you want to communicate through this work?

Thorp Brown: This is a work about the landscape, but rather than projecting a kind of horizon as we usually see it, the viewer sees a progression of the layers of the Earth. In each of these primary geometric forms, there is a small sample of sediment, which was extracted at 10-foot intervals down to around 100 feet (from left to right, across two rows). As you look across the samples, you can start to see subtle variations in mineral content moving from clay and sand to basalt and more ferric rock. I hope this makes people think about time, and our own human interaction with and perception of deep geologic stretches of time.

Mellin: Yes, it gives me a sense of time, and of what has come to pass. How did you come to work with rock samples, and why are the rocks taken in 10-foot segments? And what machine did you use to do this?

Thorp Brown: I made this work when I was living in West Texas on a residency at the Chinati Foundation in Marfa, Texas. I was making a video work called Drowned World, which was filmed in landscapes that are incredibly beautiful and raw, yet also had been domesticated through human intervention. One of my ‘scenes’ was filmed with a group of water well drillers who would use massive rigs (straight out of Mad Max) to drill down hundreds of feet to reach the water table. Sometimes it would take drilling down to 800-1,000 feet to reach water, and sometimes it was only 100 feet. The rock samples in this work are the byproducts of this drilling process, where we would take samples every 10 feet of depth. I collected these and encased them in lucite forms. 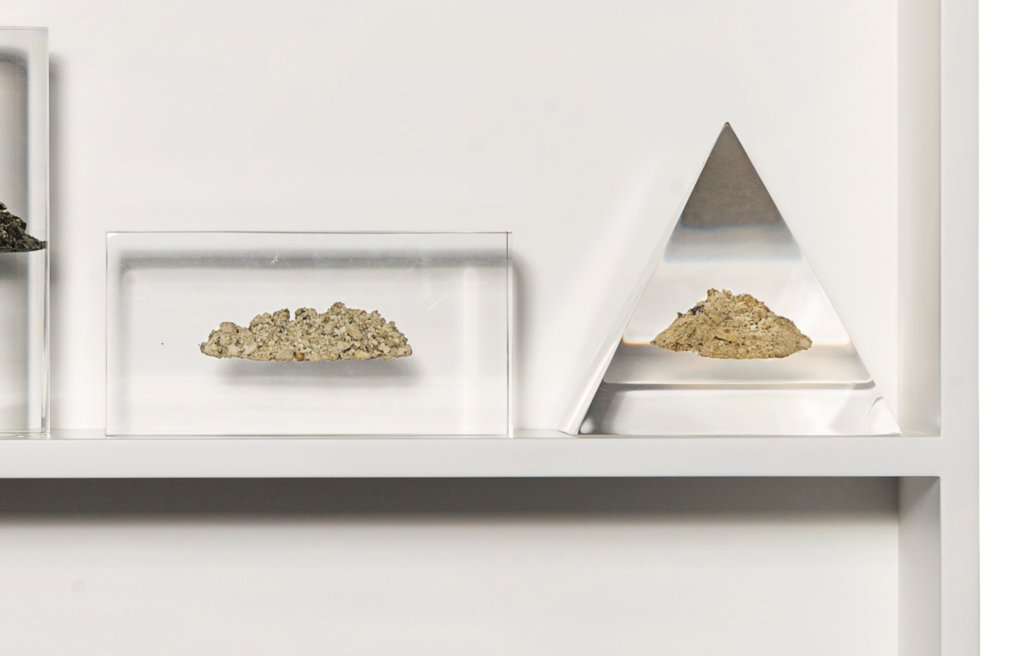 Mellin: What are some of the natural places you find particularly inspiring?

Thorp Brown: With Academic Forms with Rocks, I was really inspired by my time spent in west Texas, particularly Big Bend National Park. It’s otherworldly. I recently visited the Azores. It was quite magical. When I was 20, I spent a summer in a small town in the cloud forest of Ecuador. The town was organized, and collectively resisted selling their land to a mining company doing mountaintop removal. I want to go back, and remember being in this place. 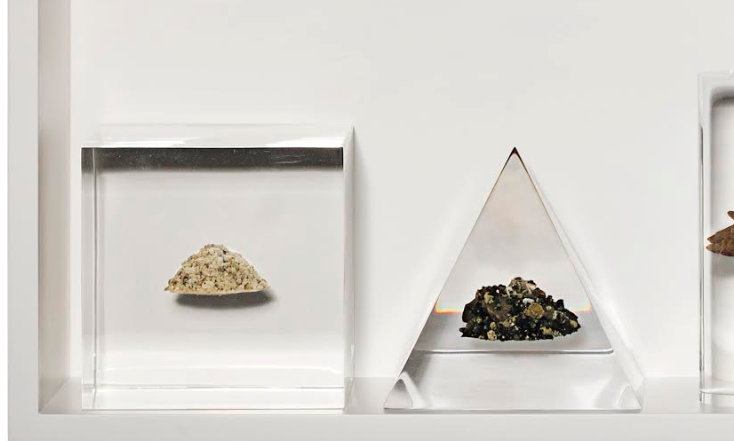 To learn more about Ben’s work and the other artists participating in the Global Wildlife Conservation benefit, see the public auction catalog.