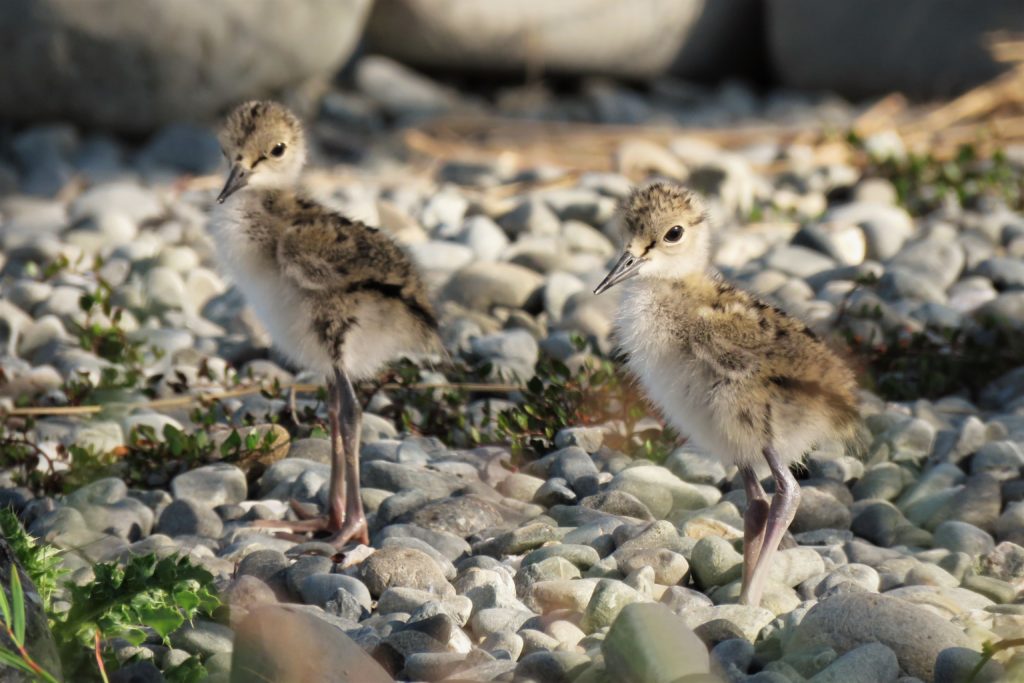 A nearly 40-year program to protect one of New Zealand’s critically endangered birds—the kakī, or black stilt—is paying off, with a record number of adult kakī now living in the wild. Thanks to the ongoing work of the New Zealand Department of Conservation’s Kakī Recovery Program, the population of adult kakī has increased by 30 percent to 169, the largest increase in nearly 40 years.

Global Wildlife Conservation, through the generous support of the Sheth Sangreal Foundation, funded the majority of newly expanded housing that has allowed the DOC to double the number of birds that they’ve been able to hatch and house as part of this successful breeding and reintroduction program. This includes a new brooder room for hand-rearing chicks and a new aviary for juvenile kakī, which could mean up to 60 extra birds released into the wild each year.

“New Zealand’s commitment to turn the tide on the decline and extinction of native species shows their leadership in biodiversity conservation,” said Wes Sechrest, GWC chief scientist and CEO. “The decades-long fight to recover the world’s rarest wading bird, the kakī, is turning a corner with this year’s success. I hope that New Zealand will continue to make significant progress with their massive goal of preventing extinction of the country’s unique and amazing species.”

Kakī were once widespread across a unique system of braided rivers in New Zealand. But introduced predators, including stoats, ferrets, feral cats and rats, decimated the population, leaving a mere 23 adults and four breeding pairs in the wild by 1981. The Te Manahuna Aoraki Project, which GWC also supports, is helping ensure that the birds that are part of the conservation breeding program have a safer environment to return to. This large-scale conservation project aims to restore the iconic landscapes and threatened species of the upper Mackenzie Basin and Aoraki/Mt. Cook National Park.

“This announcement is a tribute to nearly four decades of protection, research, and intensive management,” said Minister of Conservation Eugenie Sage. “Thanks to the team effort involved in the Department of Conservation’s successful captive breeding program and amazing support from partner organizations, there are 40 more adult birds living and breeding in the wild than this time last year, and the largest population increase since the program began.”

DOC currently has 116 juveniles and 11 older kakī in their care. Of these birds, 86 juveniles and seven older birds are in their Twizel facility and 30 juveniles and four adults are at The Isaac Conservation and Wildlife Trust facility in Christchurch. This season, DOC collected eggs from three breeding pairs in their facilities and 26 wild breeding pairs. They then artificially incubated the kakī and raised the young chicks, who were held over winter and released into the wild at nine months of age.

Kakī are found only in New Zealand, where the Māori regard the bird as a taonga species, or a living treasure. The adult birds have distinct black plumage and long pink-red legs. In addition to predation, they face habitat destruction and disturbance in the South Island’s Mackenzie Basin. The kakī are a key indicator species for the future recovery of the native fauna and flora of the unique basin ecosystem.

“With these impressive efforts, we hope to see the kakī join the ranks of species that have been successfully brought back from the brink of extinction, including the black-footed ferret, the California condor, and golden-lion tamarins,” Sechrest said. “We are proud to support the conservation not only of kakī, but of their incredible home in the upper Mackenzie Basin and Aoraki/Mt. Cook National Park.”

Photo: Kakī chicks represent hope for the next generation of this critically endangered bird. (Photo by Liz Brown/New Zealand Department of Conservation)