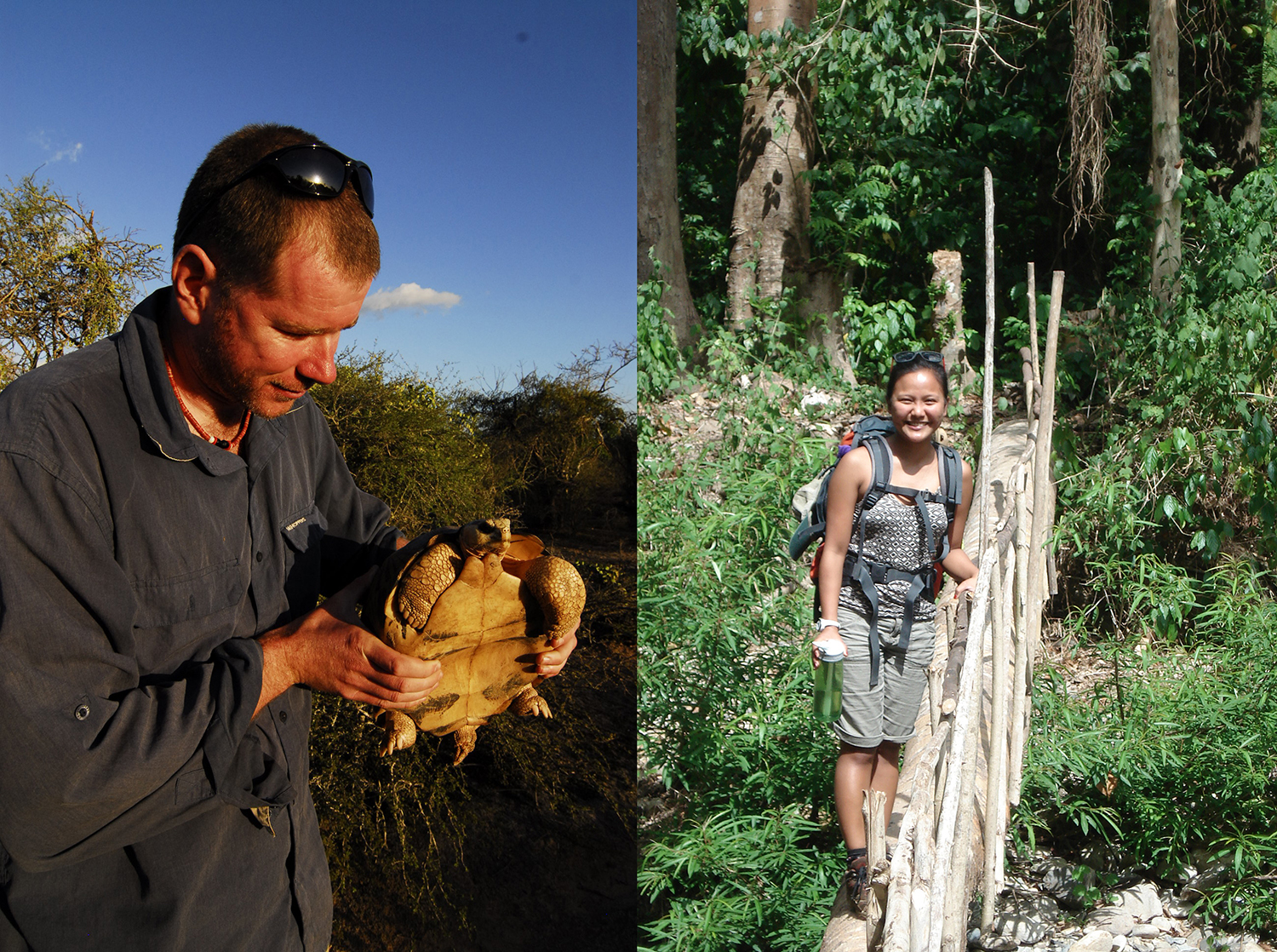 “In the conservation community, we talk frequently about how humans are directly causing the sixth mass extinction,” said Don Church, GWC president and director of conservation. “By honoring the incredible efforts of Jessa and Ryan, we’re celebrating the role humans can play in using their power to do something different: to help stave off the sixth mass extinction instead. Jessa and Ryan embody the kind of passion and dedication to wildlife and wildlands that are a true inspiration and have resulted in notable conservation wins.”

In 2016, Garibay helped lead a team of partners to successfully secure Palawan’s largest critical habitat designation to protect one of the world’s most irreplaceable areas for unique and threatened wildlife. Cleopatra’s Needle Critical Habitat safeguards 100,000 acres of forest and a diverse community of wildlife, including the Palawan hornbill, Palawan forest turtle, Palawan bearcat, Palawan monitor lizard and Palawan pangolin. The new reserve also protects two rare rediscovered amphibians that were thought to be lost to science for more than 40 years, the Palawan toadlet and the Malatgan River caecilian. Garibay is project manager for the Centre for Sustainability.

Ryan Walker has spent the last few years working with colleagues to determine the limits of the remaining range and distribution of two critically endangered tortoise species—the spider tortoise and the radiated tortoise—in southern Madagascar. Walker has helped lead efforts to maintain a monitoring program that provides critical data to on-the-ground NGOs that are prioritizing conservation efforts for both species. Both tortoise species are endemic to Madagascar and victims to poaching for the local and international wildlife trade, as well as habitat loss. Walker is a senior ecologist and ecological consultant for several small consultancies.

“I had the privilege to spend time in the field with Ryan in Madagascar to find endangered ploughshare tortoises and I’ve yet to meet a more dedicated conservationist,” said Eric Goode, president and co-founder of the Turtle Conservancy. “He’s worked in some of the toughest, most inhospitable places in the world, but he’s the type of person to put his life on the line for these animals. I can’t think of a better recipient for this honor and I can’t wait to see what the future holds for him and his work.”

The awards ceremony and the 2016 Sabin Conservation Prizes are made possible thanks to Andrew Sabin Family Foundation. Sabin has donated more than $20 million to wildlife conservation efforts over the past 40 years, supporting high-impact conservation through targeted projects around the world. Sabin has participated in conservation projects preserving more than 250,000 acres of critical habitat and protecting more than 80 species.

“These awards give us an opportunity to celebrate conservation champions and to help ensure that they can continue to do the work necessary for wins for wildlife,” said businessman Andy Sabin. “The future of our planet, and the future of the species that call this planet home, is in the hands of these incredible wildlife guardians like Jessa and Ryan. Their focus on saving these imperiled underdogs benefits our planet’s overall health and beauty, and inspires us all.”

After surviving more than 200 million years and outliving the dinosaurs, turtles are now among the most endangered creatures on Earth.

The Turtle Conservancy is dedicated to protecting threatened turtles and tortoises and their natural habitats worldwide. In doing so we also protect all the other biodiversity in these areas. We envision a world where all species ultimately thrive in the wild.

The Amphibian Survival Alliance (ASA) promotes the conservation of amphibians and their habitats through dynamic partnerships worldwide. The ASA raises awareness of amphibians and their plight, and help channel vital resources towards the implementation of the global Amphibian Conservation Action Plan, working directly with the IUCN SSC Amphibian Specialist Group and Amphibian Ark. ASA champions the extraordinary work of its partners, and seeks to recruit diverse new partners to build a strong, collaborative future for amphibian conservation. www.amphibians.org