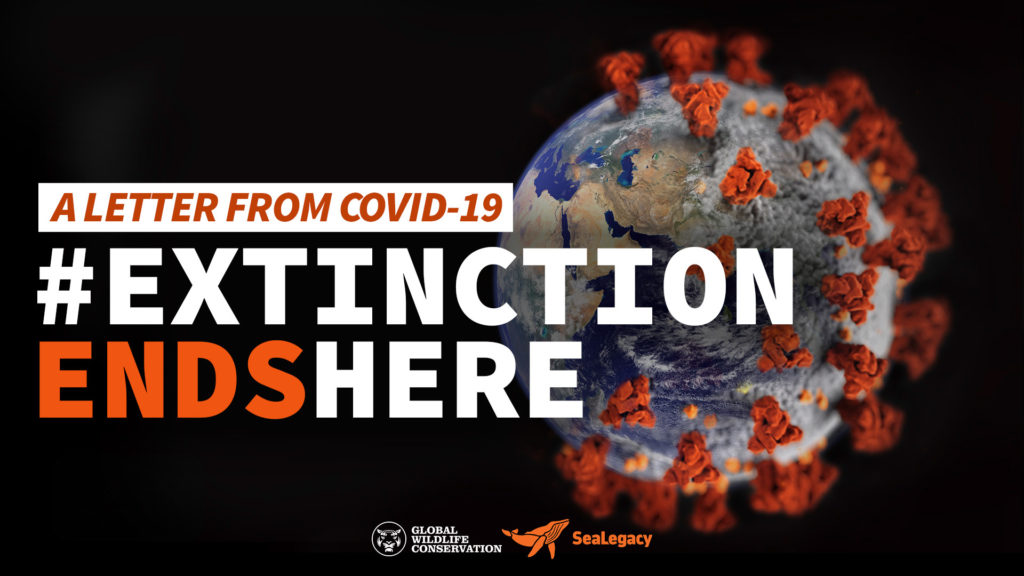 As the world prepares to digitally celebrate the 50th anniversary of Earth Day this week amid a global pandemic, Global Wildlife Conservation is releasing videos on social media featuring environmental and pop culture icons, and highlighting the interconnected nature of life on Earth.

The first video, a letter from COVID-19 to humankind, launched April 20. The video gives a voice to the virus that causes COVID-19 in humans, explaining why it may have jumped from its original host animal species. Narrated against a backdrop of alternating images of pristine healthy nature and destruction, the video illustrates the link between the shrinking biodiversity of the planet and pandemics that claim human lives. The imagery builds until the virus finally asks humankind, “Am I enough?” The video marks the launch of ExtinctionEndsHere.org--a new campaign calling for a paradigm shift in people’s relationship with nature. In less than 24 hours, this video had been viewed at least 2.3 million times and collectively shared at least 50,000 times.

As its first action, #ExtinctionEndsHere is calling on people and organizations around the world to sign the Declaration to #EndTheTrade, which calls for an end to the commercial trade and sale in markets of wild terrestrial animals for consumption—the likely source of the current COVID-19 pandemic and one of the major drivers of extinction. The declaration already has more than 30,000 signatures and has been endorsed by nearly 200 organizations. Celebrities who have supported the Declaration to #EndTheTrade include environmental activists and Academy Award®-winning actors Leonardo DiCaprio and Edward Norton, and singer-songwriter Bryan Adams.

In addition, GWC will release a new Earth Day video each day April 22 through April 26. Each video tells a personal story of its narrator’s unique connection to nature. GWC will send out a media advisory every day at 10 a.m. EST starting on April 22 to make that day’s video available.