Tragic Year For World’s Rangers, Many Of Whom Lack Even Basic Insurance 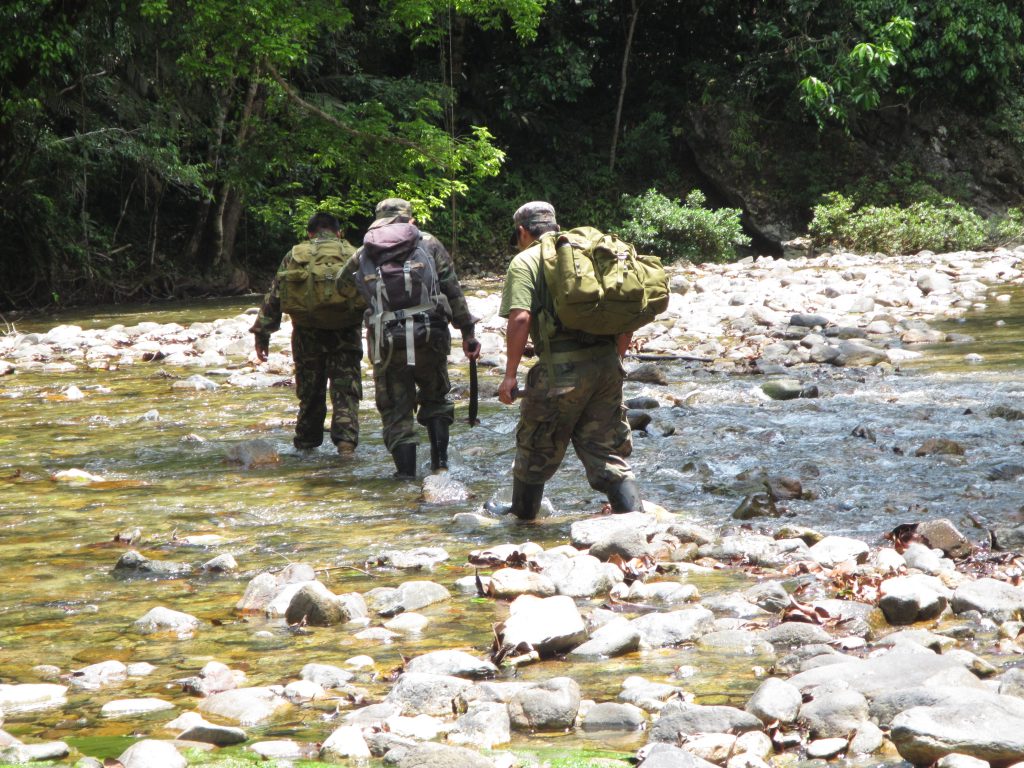 Gland – At least 107 rangers died in the line of duty over the past 12 months and yet a new survey finds many rangers across the world are still not covered by any health, long-term disability or life insurance schemes.

According to the figures released by the International Ranger Federation (IRF) to mark World Ranger Day today, July 31, 42 percent of the rangers who died in the past year were killed by poachers and 17 percent by wild animals. More than 1,000 have now died in the past decade.

However, despite the evident risks rangers face every day, the first-ever global ranger insurance report surveying 40 countries across the world found that 35 percent of government rangers have no life insurance, while 20 percent receive no health insurance and 45 percent lack long-term disability cover.

“On World Ranger Day, we stand with all of our remarkably brave men and women, and especially honour those who paid the ultimate price while striving to protect the world’s remaining wildlife and wild places for the benefit of us all,” said Sean Willmore, president of the IRF and director of the Thin Green Line Foundation. “Being a ranger will always be risky, but it is shocking that so many are killed in the line of duty and shameful that so many of their families do not even receive basic compensation.”

Commissioned by WWF and the Ranger Federation of Asia (RFA), and supported by Global Wildlife Conservation, the findings of the report highlight the lack of basic insurance cover across Asia and Africa, where almost 90 percent of ranger deaths were recorded over the last year. Half the government rangers in the countries surveyed on these continents have no life insurance, while more than half have no long-term disability cover.

The report also found that 38 percent of the countries, including half those in Africa and Asia, employed rangers on temporary contracts without providing any insurance coverage.

A single perception question within the survey showed that in the majority of countries, respondents believed that insurance coverage for rangers was less than that available to those with similar jobs, such as police, military, coastguards and fire fighters.

“Rangers are employed to protect national assets; the wildlife of a nation, the ecosystem services that national economies depend upon, the playgrounds of urban dwellers and the natural resources that sustain national economies,” said Barney Long, Global Wildlife Conservation’s director of species conservation. “The global community needs to recognize this and equitably support, train, protect and pay rangers as we owe them so much.”

Supported by the IRF, Global Tiger Forum and GWC, the report calls on governments and NGOs to take urgent steps to improve conditions for rangers. In particular, NGOs should conduct additional in-depth research, lobby governments for basic insurance cover, build the capacity of ranger associations and work with the private insurance sector to develop new schemes to cover rangers.

“Governments must also respond swiftly to the report’s worrying findings by reviewing the provision of insurance to their rangers and ensuring temporary workers have adequate cover since they face the same dangers,” said Rohit Singh, president of RFA. “But governments also have to provide rangers with the best available tools and training to do their job as safely and effectively as possible. If they did, we would not be mourning so many rangers every year.”

Two WWF perception surveys released earlier this year also highlighted just how dangerous it is to be a ranger in Africa and Asia, with 73 percent of the rangers surveyed across the two continents saying they had experienced a life-threatening situation on duty in interactions with wildlife or poachers. Worryingly, 66 percent said they do not have the right equipment to ensure their safety and 45 percent believe they have not had adequate training.

Notes to the Editor:

The Honours Roll and additional assets from the IRF can be found here.

WWF is one of the world’s largest and most respected independent conservation organizations, with over 5 million supporters and a global network active in over 100 countries. WWF’s mission is to stop the degradation of the Earth’s natural environment and to build a future in which humans live in harmony with nature, by conserving the world’s biological diversity, ensuring that the use of renewable natural resources is sustainable, and promoting the reduction of pollution and wasteful consumption. panda.org/news for latest news and media resources.

Ranger Federation of Asia (RFA) is a group of conservation-focused individuals who want to further the standards of the profession and vocation of rangers throughout Asia. RFA promotes and provides opportunities for members to gain and share their knowledge and experience in all aspects of wildlife conservation and protection work. The RFA is a platform for discussions on matters of interest to rangers and provides opportunities for members to interact with other national and international ranger associations. www.rangerfederationasia.org

The International Ranger Federation (IRF) is a non-profit organization established to raise awareness of and support the critical work that the world’s park rangers do in conserving our natural and cultural heritage. Founded in 1992, the IRF has a membership of 72 ranger associations from 53 countries, on six of the seven continents. The role of the IRF is to empower rangers by supporting their national or state ranger organizations, or assisting in the establishment of local ranger associations in countries where they do not currently exist. www.internationalranger.org

The Thin Green Line Foundation is solely dedicated to protecting endangered species and threatened ecosystems by supporting park rangers. They provide park rangers with essential anti-poaching equipment and training to assist them in patrolling on the front-line of conservation. They also provide financial support to the widows and orphans of park rangers killed in the line of duty. www.thingreenline.org.au