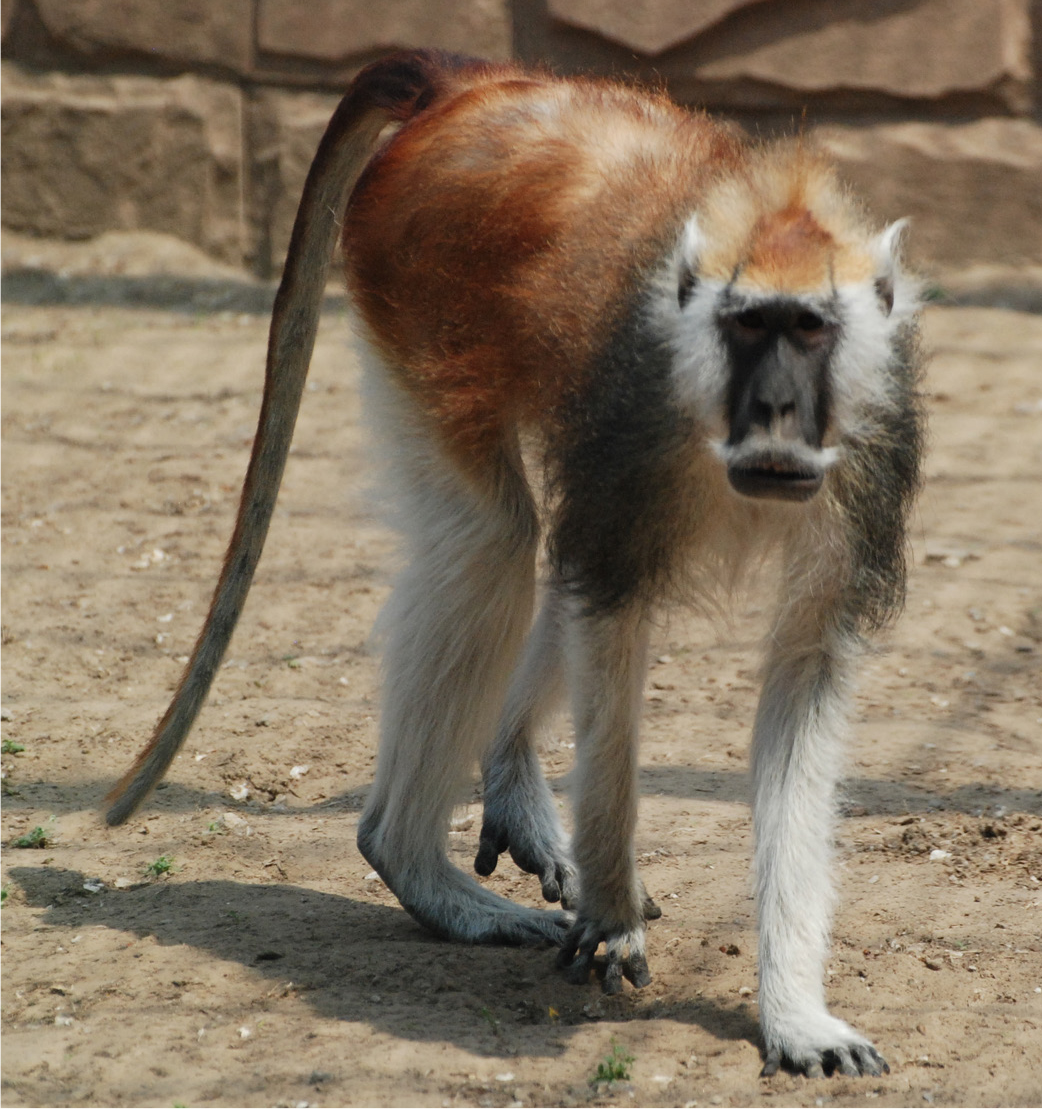 Using new data on the geographical distribution and uniquely dark physical appearance of patas monkeys in Ethiopia, Italian primatologist Spartaco Gippoliti has confirmed the existence of a second species of the dapper handlebar-mustached monkey. The study, published in the most recent issue of Primate Conservation from the IUCN Species Survival Commission’s Primate Specialist Group, is one of several papers in the journal to reveal new discoveries, including a new dwarf lemur in Madagascar, two new tarsiers in Indonesia, and two new subspecies of slender lorises in Sri Lanka, in addition to the Blue Nile patas monkey (Erythrocebus poliophaeus) that was first described in 1862.

“What is particularly interesting here is that this distinctive monkey was first described 150 years ago, but in 1927 it was incorrectly folded into just a single species of patas monkey,” said Anthony Rylands, Global Wildlife Conservation’s primate conservation director, deputy chair of the IUCN SSC Primate Specialist Group and editor of the journal. “Patas monkeys occur west to east across sub-Saharan Africa, and there is notable variation in these remarkable primates. It’s only through this kind of painstaking research that we get a proper handle on their diversity so that we can more effectively protect these species from the threats they face.”

Patas monkeys are among the fastest of ground-dwelling monkeys, able to reach a speed of about 34 miles per hour. The Blue Nile patas is known from the Blue Nile basin in western Ethiopia and neighboring Sudan, and geographically separated from other patas monkeys by Sudan’s Sudd swampy region and the Ethiopian highlands. Their face and nose are black and they lack the characteristic band between the ear and eye found on other patas monkeys. Gippoliti writes that the species, which is threatened by habitat loss, could serve as a flagship for conservation for the biologically rich wildlands in Ethiopia and Sudan.

“Refining the taxonomy of the patas monkey was particularly rewarding for two main reasons,” Gippoliti said. “The basic concept of the genus Erythrocebus was unchanged for about 100 years now, and the discovery of a distinct species living in eastern Sudan and western Ethiopia will put in the spotlight a little-known region of Africa, offering opportunities for new conservation projects in the area.”

Additional new species described in the most recent issue of Primate Conservation:

“These discoveries highlight how little we know about biodiversity, even that of our closest living relatives,” said Russ Mittermeier, GWC’s Chief Conservation Officer, long-time chairman of the IUCN/SSC Primate Specialist Group and co-author of the dwarf lemur and tarsier papers. “With tarsiers and lorises from southeast Asia, another lemur from Madagascar and an African monkey, we have new species from all four major regions in which primates occur—and these coming on the heels of the discovery of a new great ape. Rarely do we have so many discoveries at the same time.”

The most recent issue 31 of the IUCN/SSC Primate Specialist Group journal Primate Conservation, which was first published in 1981, includes 11 papers. The open-source journal is distributed free of charge and published with an ongoing subsidy from the Margot Marsh Biodiversity Foundation.