Photo Release: ‘Croc Whisperer’ Transforms Attitudes about Jamaica’s Largest Predator by Getting Up Close and Personal 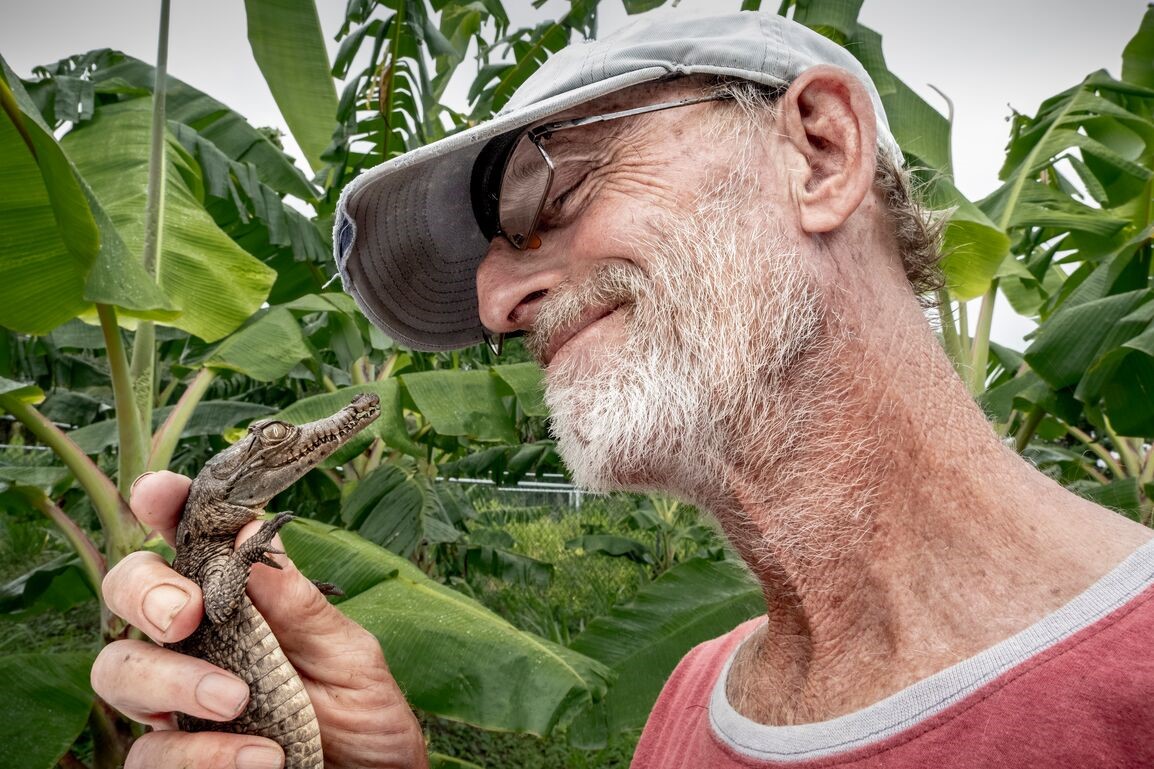 Caption: Lawrence Henriques, known nationally in Jamaica as the “croc whisper,” smiles adoringly at a baby Jamaican crocodile—a species that has appeared on Jamaica’s national coat of arms since 1661, but that has been nearly extirpated from the island over the last decade. A Jamaican native who has devoted his life to protecting the reptiles since the early 1980s, Henriques has built his reputation on developing close relationships with individual crocodiles, getting to know their personalities. With fewer than 700 crocodiles left in the country, Henriques is trying to change the attitudes and behaviors that have driven the species to near-extinction: poaching and habitat destruction.

[READ BLOG POST ABOUT GWC’S RECENT VISIT TO THE SANCTUARY]

Global Wildlife Conservation has partnered with Henriques, the IUCN SSC Crocodile Specialist Group and the Jones Family to establish the new Holland Bay Crocodile Sanctuary in Jamaica, a nearly 40,000-square-foot sanctuary nestled in a nationally designated protected area. Seventy-eight crocodiles currently live at the sanctuary, which is set to become the official rescue and rehabilitation center for the Jamaican crocodile, and a facility for conservation breeding, with the goal of providing offspring for the eventual reintroduction of the species into the wild. This project is made possible thanks to the support of the Sheth Sangreal Foundation and Andrew Sabin Family Foundation.