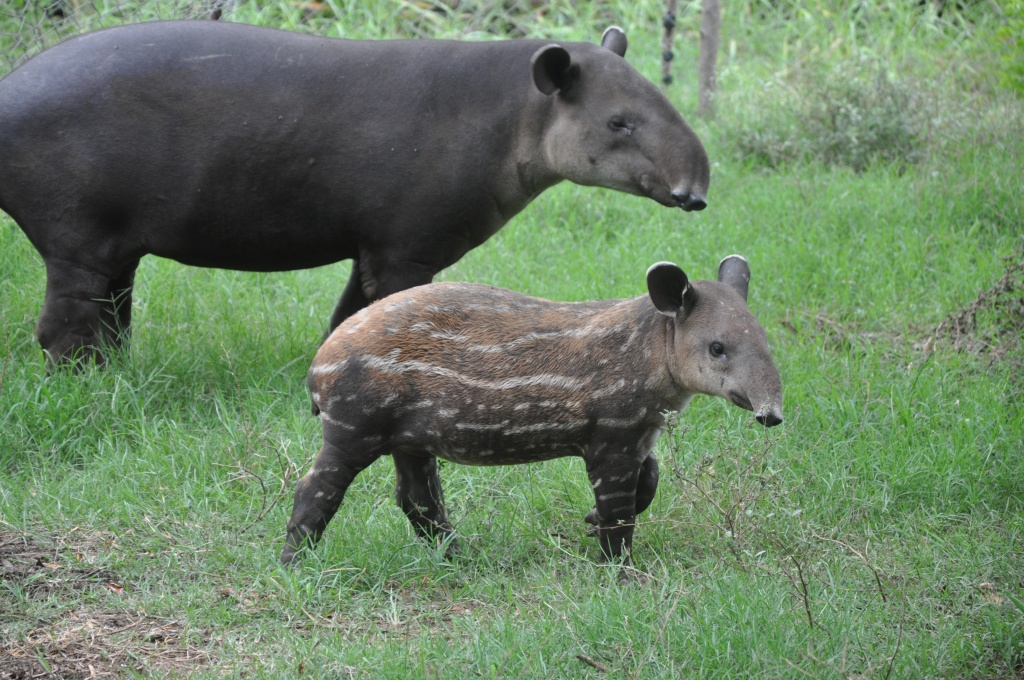 The proposed Nicaraguan Interoceanic Canal will pose an insurmountable threat to jaguars, the globally endangered Baird’s tapir and white-lipped peccaries without the implementation of a conservation plan designed to help them move through the canal zone, according to a new study published March 23 in PLOS ONE. The study—by researchers at Global Wildlife Conservation, Panthera and Michigan State University—used occupancy models to determine which part of the canal’s proposed path provides crucial habitat for the country’s rare large mammals.

“We need to conserve the genetic diversity of these species for them to have healthy populations, but the proposed canal could prevent this by impeding their movement into and out of the Indio-Maiz Biological Reserve,” said Wes Sechrest, chief scientist and CEO of GWC. “This study offers realistic recommendations to prevent a wildlife crisis in a country that is home to, and a vital corridor for, some of the planet’s most celebrated species. We urge the canal development company and the Nicaraguan government to implement these suggestions to ensure they avoid doing irrevocable harm to wildlife and the ecosystems that depend on these species.”

According to the study, the only remaining area of suitable habitat for large mammals in the path of the proposed interoceanic canal is a relatively thin strip of forest from the eastern edge of the proposed Lake Atlanta to the Caribbean coast. Without this strip of land, jaguars, white-lipped peccaries and Baird’s tapirs will struggle to find other individuals in neighboring core areas of habitat for breeding. This is key to conserving the genetic diversity of these species and therefore healthy populations, the article points out. Yet if plans move forward, the ecosystem here will have the highest density of canal infrastructure, including the canal itself, the proposed Lake Atlanta, an access road and a dredge fill area.

The paper’s authors make five recommendations to adjust the canal design to make it easier for large mammals to move through this area:

“Our previous surveys documented the severe loss of forest cover not only in the Wawashan Reserve, but also the corridor linking the key protected areas of Bosawas and Indio-Maiz,” said Alan Rabinowitz, CEO of Panthera and author of several articles and books on jaguars. “This was primarily due to unchecked agricultural encroachment progressing rapidly throughout the region. But if we can now save that thin line of coastal habitat, even where the canal is proposed, jaguars and other mammals will have a chance.”

In 2013, the Hong Kong-based Nicaraguan Canal Development Company (HKND) received a concession to build the approximately 170-mile long interoceanic canal. HKND defined the route of the proposed canal in 2014 and is set to begin major construction in late 2016. The proposed canal is designed to accommodate the world’s largest shipping vessels, including those unable to pass through the Panama Canal, and canal officials predict that the megaproject will double Nicaragua’s Gross Domestic Product (GDP).

The IUCN Red List classifies jaguars as near threatened globally, but they are rare in most of Nicaragua. Baird’s tapirs are globally endangered and many biologists believe that range-wide hunting has made the white-lipped peccary the most threatened mammal in Central America. All three play unique and important ecological roles.

Panthera, founded in 2006, is devoted exclusively to the conservation of wild cats and their landscapes, which sustain people and biodiversity. Panthera’s team of preeminent cat biologists develop and implement science-based conservation strategies for cheetahs, jaguars, leopards, lions, pumas, snow leopards and tigers. Representing the most comprehensive effort of its kind, Panthera works in partnership with NGOs, scientific institutions, communities, corporations and governments to create effective, replicable models that are saving wild cats around the globe. For more information, visit Panthera.org.

Global Wildlife Conservation protects endangered species and habitats through science-based field action. GWC envisions a world with diverse and abundant wildlife and are dedicated to ensuring that the species on the verge of extinction are not lost. The global organization brings together scientists, conservationists, policymakers and industry leaders to ensure a truly collaborative approach to species conservation. Learn more at GlobalWildlife.org.