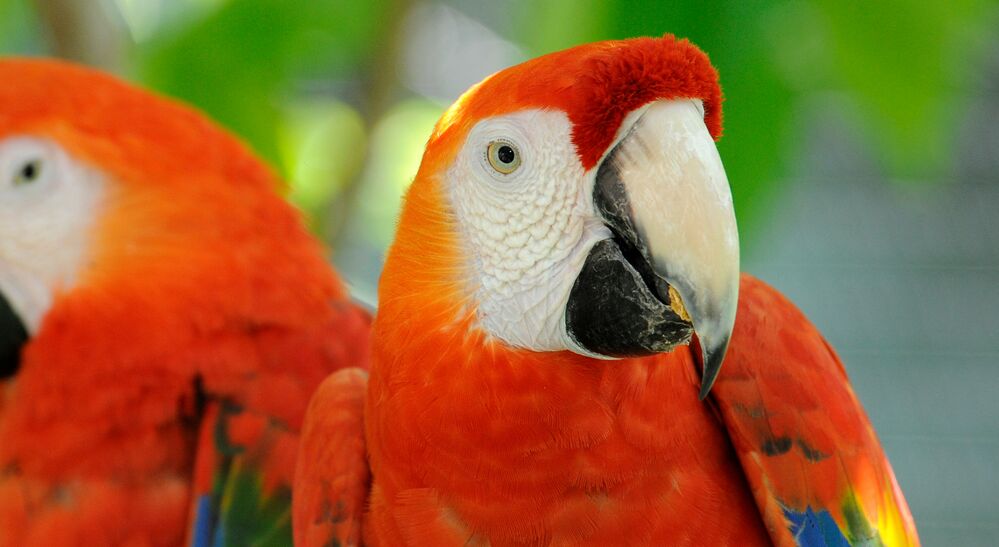 MADRID, SPAIN (December 12, 2019) – At COP25, for the first time, the eight countries of Central America presented their regional climate action plan, which commits to protect Mesoamerica’s five great forests as part of the natural solution to the climate crisis. This ambitious initiative aims to bring together the agricultural and environmental sectors to restore and conserve 10 million hectares of forests and degraded land by 2030 and achieve carbon neutrality in the agricultural and forest sector by 2040.

“This is a unique opportunity for Central America in which governments, indigenous leaders and civil society are coalescing around shared objectives and a shared strategy,” said Chris Jordan, Global Wildlife Conservation’s Central America and tropical Andes coordinator. “In the years to come, Mesoamerica has massive potential to empower indigenous peoples and local communities, continue to title indigenous territories, stop the deforestation of these critical forests, and harmonize policies and incentive programs to ensure their protection in perpetuity. We encourage others to join this important initiative.”

At the climate conference, Central American governments, indigenous peoples, local communities, and NGOs joined together in an alliance to protect the five great forests of Mesoamerica. The alliance highlighted the critical leadership role of indigenous peoples and local communities in forest conservation and announced governmental climate commitments by ministries of environment from Costa Rica, Guatemala, Panama, Nicaragua, Honduras, El Salvador and Belize.

“Nearly 50 percent of the carbon in Mesoamerica is stored in the five great forests,” said Carlos Manuel Rodriguez, Minister of Environment, Costa Rica, and a champion for the 5 Great Forests Initiative. “I hope that I won’t be back here in the future talking about the 10 medium-sized forests.”

Mesoamerica’s last five great forests—spanning from Mexico to Colombia—not only hold about half the region’s forest carbon stocks, helping to curb climate change, but are also critical for wildlife and people. They are biodiversity hotspots and strongholds for globally irreplaceable species, such as the jaguar, scarlet macaw, and critically endangered Central American river turtle. They are also vital flyways and wintering grounds for migratory birds. They provide water, clean air, food security, and other vital natural resources to 5 million people. Indigenous and local communities manage nearly half of the area encompassed by the five great forests.

Yet the five great forests are being destroyed at an alarming rate: in the last 15 years, three have been reduced by almost one-quarter in size, with illegal cattle ranching responsible for more than 90 percent of recent deforestation.

"We are sad to see the forests of the Amazon burning and the impacts on indigenous people,” said Cándido Mezúa, Mesoamerican Alliance of Peoples and Forests. “In Mesoamerica, we have our five forests. They still exist. We can still protect them, and even expand them."

In order to turn the tide, this alliance aims to spark a collective movement ensuring that: no wildlife species in the great forests go extinct; 10 million hectares of land are protected; 500,000 hectares of forest are restored; livelihoods are improved, especially for indigenous and local communities within the five forests; and illegal cattle ranching within the boundaries of the five forests ceases entirely.

“The 5 great forests initiative is not a project, but a movement,” said Jeremy Radachowsky, WCS regional director for Mesoamerica and Western Caribbean. “We’ve been honored to join with government and indigenous partners at the COP25, but the hard work lies ahead.  We must come together to protect Mesoamerica’s five great forests, and we invite anyone who can help to support this critical initiative.”

To mark this important commitment and celebrate the majesty of Mesoamerica’s forests, the alliance has launched a week-long social media campaign around the five great forests, which kicks off today, inviting everyone to join the movement.

The five great forests include Maya Forest in Mexico, Guatemala, and Belize; the Moskitia in Nicaragua and Honduras; the Indio Maíz-Tortuguero in Nicaragua and Costa Rica; the Talamanca Region in Costa Rica and Panama; and the Darien in Panama and Colombia.

The 5 Great Forests of Mesoamerica is an initiative of Forests for Life and is comprised of local and international NGOs—including Global Wildlife Conservation and Wildlife Conservation Society—the eight countries of the Central American Commission for Environment and Development (CCAD) (Belize, Guatemala, Costa Rica, Honduras, El Salvador, Nicaragua, Panama, and the Dominican Republic), indigenous peoples and local communities, including the Mesoamerican Alliance for People and Forests (AMPB), all committed to work together to protect Mesoamerica’s five greats forests.

MISSION: WCS saves wildlife and wild places worldwide through science, conservation action, education, and inspiring people to value nature. To achieve our mission, WCS, based at the Bronx Zoo, harnesses the power of its Global Conservation Program in nearly 60 nations and in all the world’s oceans and its five wildlife parks in New York City, visited by 4 million people annually. WCS combines its expertise in the field, zoos, and aquarium to achieve its conservation mission. Visit: newsroom.wcs.org  Follow: @WCSNewsroom. For more information: 347-840-1242.

The Mesoamerican Alliance of Peoples and Forests (AMPB) is an organisation facilitating the coordination and exchange of territorial authorities that administer or influence major forested areas of Mesoamerica. Indigenous governments and community forestry organisations in the Alliance seek to strengthen their own dialogue. They focus on community management of natural resources, seeking jointly to influence governments and international cooperation strategies for biodiversity conservation and for the climatic mitigation. They integrate the rights and benefits of traditional and local communities in all their decision making. Find out more: alianzamesoamericana.org

The Central American Commission for Environment and Development (CCAD) was established with the mission of developing a regional regime for environmental cooperation and integration that contributes to improving the quality of life of the populations of its Member States.

The 5 Great Forests is an initiative of Forests for Life, a partnership committed to working with governments, indigenous peoples, civil society and the private sector to halt and reverse forest degradation across 1 billion hectares of intact forests worldwide.

This initiative supports the Trillion Trees vision that by 2050 one trillion trees have been restored, saved from loss, and better protected around the world. Trillion Trees is a collaboration between Birdlife International, WCS and WWF-UK, founded on a joint vision for a world where tree cover is expanding not shrinking.