After a five-year effort, some of Madagascar’s rarest amphibian and reptile species have received protection within the newly created Ankaratra Massif Reserve. The Madagascan conservation organization Association Vondrona Ivon’ny Fampandrosoanavif (VIF) established the reserve with the support of its U.S. partners Amphibian Survival Alliance, Global Wildlife Conservation and Rainforest Trust.

Located 45 miles southeast of Madagascar’s capital, Antananarivo, the protected area encompasses a mixture of heathland, savanna and cloud forest environments. Its streams and forest are home to one reptile, the Marvelous Gecko, and two frogs, Williams’ Bright-eyed Frog and the Madagascar Frog, that are found nowhere else. 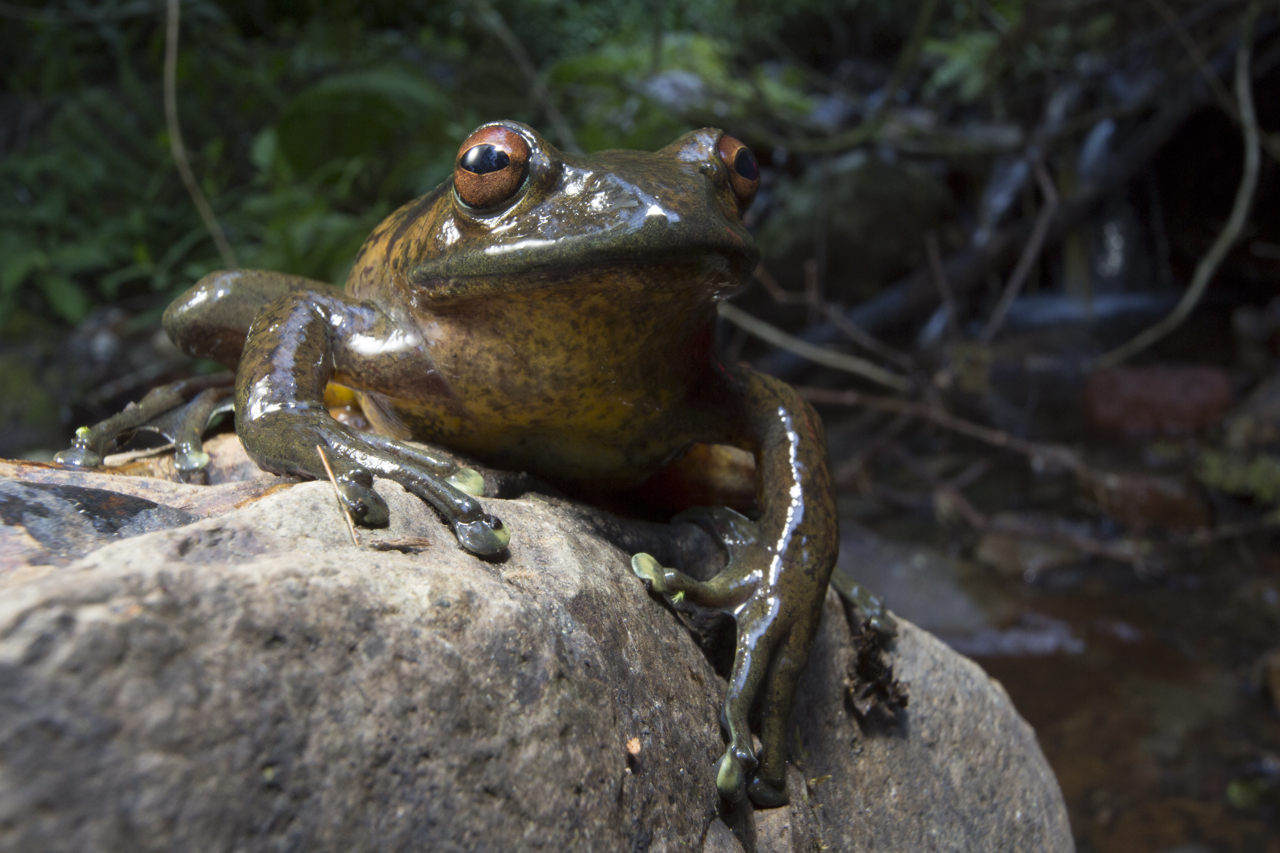 “This is an exciting time for amphibian conservation in Madagascar,” said James P. Lewis, director of operations for the Amphibian Survival Alliance. “The creation of the Ankaratra Massif Reserve shows that through broad collaborative approaches we can make a real difference to the survival of some the world’s most threatened and unique species.”

Due to highly specialized habitat requirements, these species—known as micro-endemics—inhabit tiny ranges. For example, the Madagascar Frog is known to inhabit a single stream and the Marvelous Gecko is found within an area covering 16 square miles. Agricultural expansion, overgrazing, and uncontrolled fires, however, have led to dramatic habitat loss, pushing these species toward extinction.

“Ankaratra Massif is unique in all of Madagascar for its treasure trove of rare species and its deep cultural significance,” said Robin Moore, conservation officer for GWC. “It is a testament to the vision and the dedication of local communities who have worked alongside VIF, with support from the international community, to to protect their forests – this is a wonderful collaborative victory for conservation in Madagascar.” 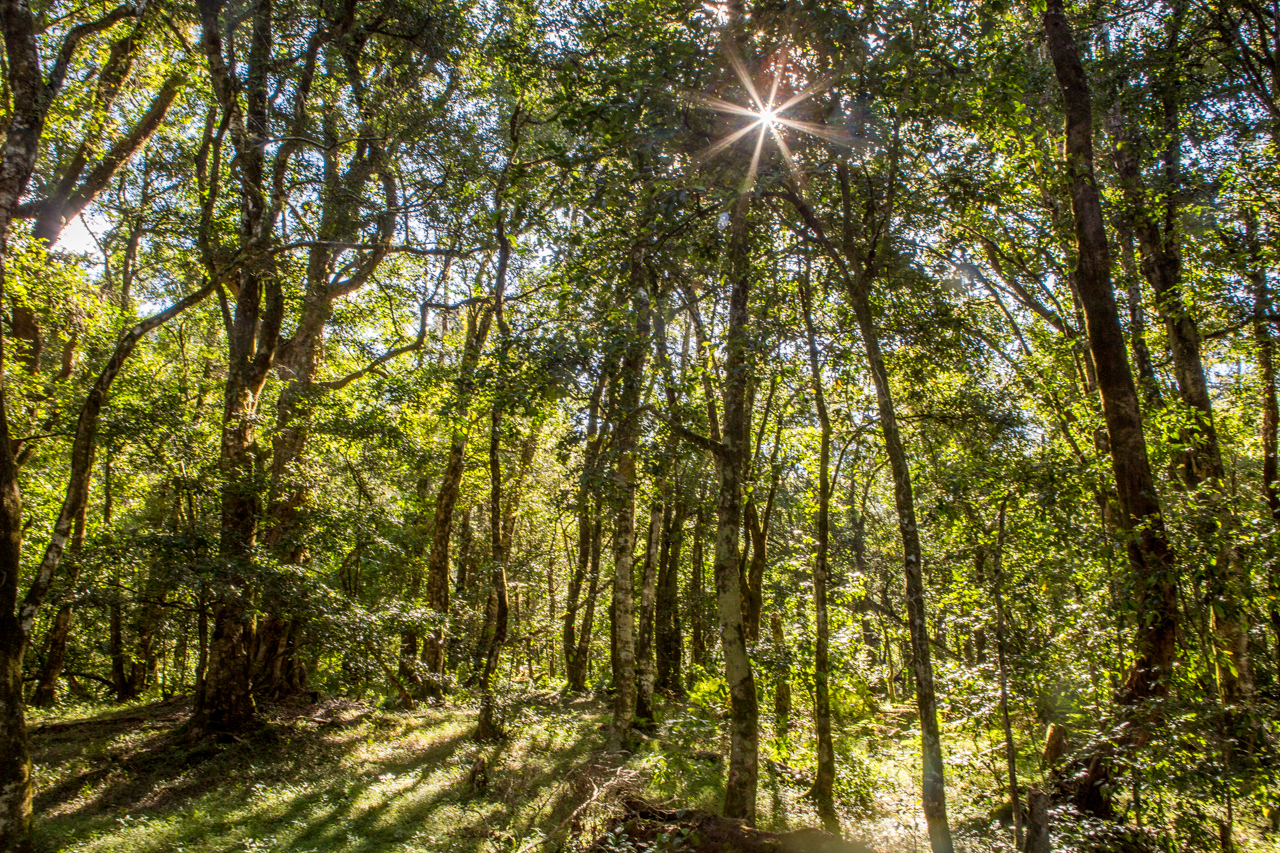 Native forest within the protected area at Ankaratra Massif. (Photo by Robin Moore)

Localized threats in the Ankarata Massif reflect a larger, destructive pattern that has transformed much of Madagascar’s natural landscape. Between 1950 and 2000, the island lost more than 40 percent of its forest. For Madagascar’s 300 frog species, 99.8 percent of which are endemic, this has meant ever increasing challenges. Twenty percent are now considered threatened and nine are listed as Critically Endangered by the IUCN Red List.

The situation worsened earlier this year with news that the deadly chytrid fungus (Bd), which has already devastated amphibian populations around the world, has been discovered in Madagascar. While the disease has yet to cause extinction in Madagascar it has added fresh urgency to protection efforts. 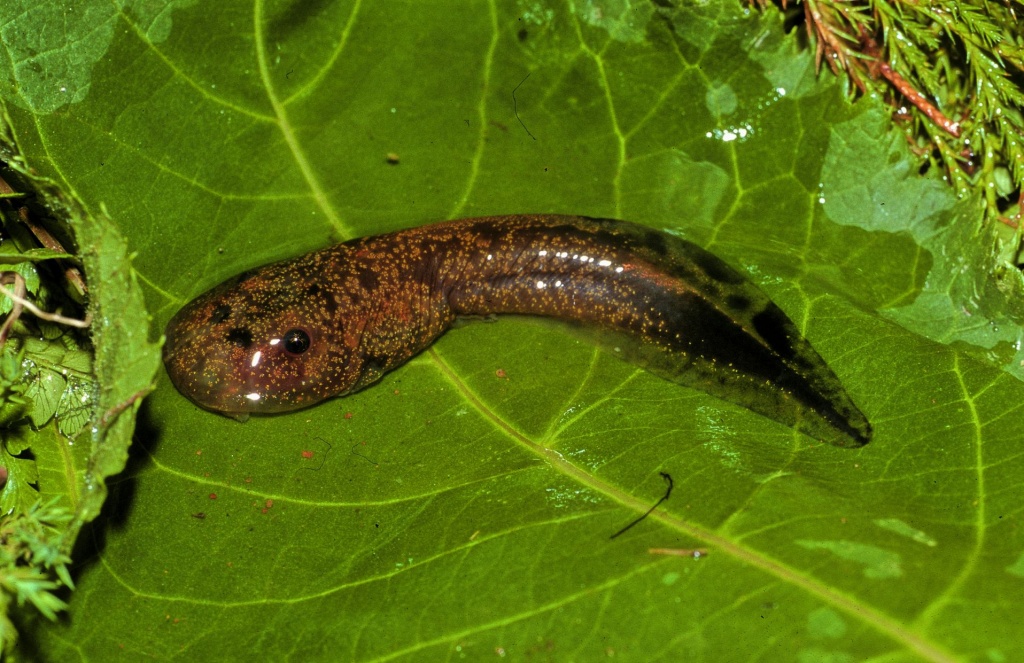 “Madagascar is home to one of the world’s most important and diverse frog populations,” said Dr. Paul Salaman, CEO of Rainforest Trust. “As threats to these species grow it’s critical that we work together to create and implement effective solutions. Our project with VIF is an excellent example of the progress that can be made when international conservation groups partner effectively with local conservationists.”

VIF will manage the new reserve in cooperation with local communities. VIF has collaborated with community associations to establish forest guard units that will regularly patrol the reserve to stop illegal logging. These patrols, established two years ago, have already proved effective and are helping to decrease logging rates.

Local communities are also engaged in reforestation efforts intended to improve habitat within the protected area. The results of these efforts have been promising. Although amphibian populations have fluctuated since monitoring began in 2010, they have shown positive signs of growth.

Photo: Thanks to the support of an international group of conservation organizations, local conservationists have protected 20,090 acres of critical habitat for three Critically Endangered species including Boophis williamsi. (Photo by Miguel Vences)

With a mission to protect cloud forest and endangered wildlife in Madagascar’s highlands, Vondrona Ivon’ny Fampandrosoana is committed to empowering rural communities while creating conservation solutions that benefit both human and animal communities.

The Amphibian Survival Alliance is the world’s largest partnership for amphibian conservation, formed in response to the decline of frogs, salamanders and caecilians worldwide. Without immediate and coordinated action we stand to lose half of some 7,000 species of amphibians in our lifetimes. The ASA draws on cutting-edge research to protect amphibians and key habitats worldwide, in addition to educating and inspiring the global community to become a part of the amphibian conservation movement. www.amphibians.org

Global Wildlife Conservation protects endangered species and habitats through science-based field action. GWC envisions a world with diverse and abundant wildlife and are dedicated to ensuring that the species on the verge of extinction are not lost. The global organization brings together scientists, conservationists, policymakers and industry leaders to ensure a truly collaborative approach to species conservation. globalwildlife.org