Leading Conservation Organization to Benefit from Expertise in Business and Wildlife 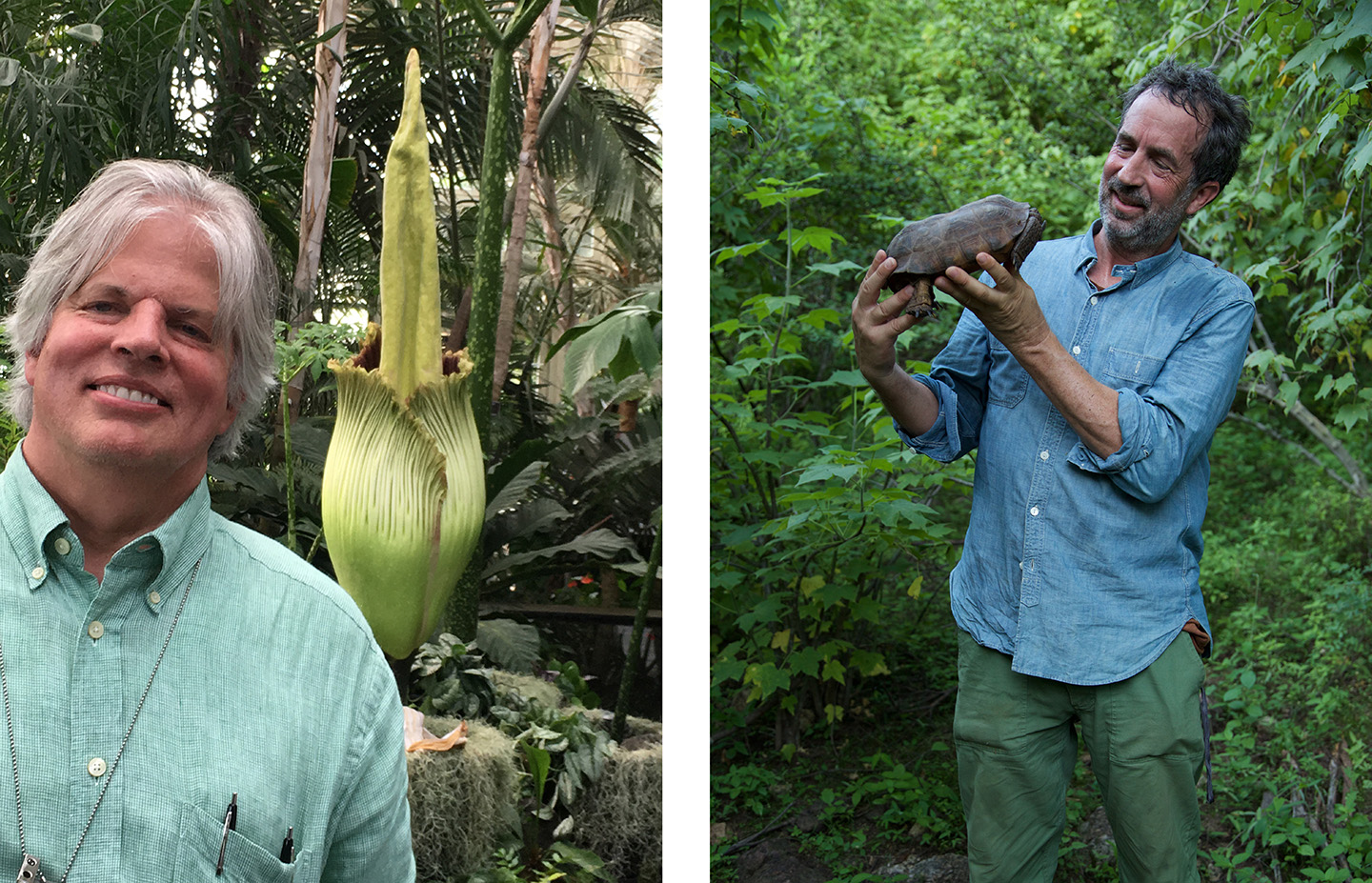 Global Wildlife Conservation recently welcomed two new members to its board of directors: Eric Goode, an American entrepreneur, conservationist, and founder of the Turtle Conservancy; and J.D. Mitchell, adjunct scientist at the New York Botanical Garden and research associate at the Smithsonian Institution’s National Museum of Natural History.

“Eric and John are joining our unique board of directors, which has a diverse range of backgrounds, from species conservation to financial investment, from digital retail to medical and evacuation services,” said Wes Sechrest, GWC chief scientist and CEO. “What they all have in common is an unwavering commitment to contributing their skills and resources to conserve the diversity of life on Earth.”

As part of his founding role with the Turtle Conservancy, a GWC partner, Goode created a conservation center and retreat in Ojai, California that serves as an assurance colony for endangered turtles and tortoises. The conservation center is the only Association of Zoos and Aquariums-accredited captive-breeding facility dedicated solely to turtles and tortoises around the world. He helped establish the first nature preserve in South Africa dedicated to the protection of the critically endangered geometric tortoise. He has also opened several night clubs and hotels in New York City.

“I’ve always been attracted to GWC because they focus on the relationship between humans and the smaller, forgotten species that exist on our planet,” Goode said. “I hope I can make a positive impact by adding a new perspective from my work in the field, purchasing land around the world for endangered species, and my relationships in New York and the arts.”

Mitchell is the former executive secretary and chairman of the Beneficia Foundation and now also serves on the board of directors of Turtle Survival Alliance, Rainforest Trust and Turtle Conservancy. He belongs to a wide variety of scientific and environmental organizations, and has special interests specifically in the biology of cashew, mango and poison ivy families. He has pursued these activities worldwide from the Antarctic and Africa to Borneo and South America. He has authored and co-authored publications describing 17 new species of plants, including one new genus from Madagascar. He is a fellow of the Linnean Society of London and a member of the Explorers Club.

“What excites my passion for GWC is its focus on saving the planet’s animals and plants from extinction using every practical method available in the conservation toolbox,” Mitchell said. “I believe that I can help GWC fulfill its mission by sharing my knowledge based on many years of experience serving on numerous conservation boards, chairing a family philanthropic foundation, and extensive field experience studying plants in the tropics. I would like to help GWC expand its already extensive network of partnerships with individual leaders in conservation and the best NGOs in the field of biodiversity conservation.”

Vista Equity Partners co-founder Brian Sheth serves as GWC’s chair of the board of directors and has made a $10 million matching gift to GWC through his Sangreal Foundation. The organization’s other board members are: Scott McDonald, an independent management consultant and financial advisor; Cotter Cunningham, founder, president and CEO of RetailMeNot, Inc.; Daniel Richards, founder and chief executive officer of Global Rescue; John Mitchell, cofounder and managing partner at Episode Six (E6); Wes Sechrest, GWC chief scientist and CEO; and Don Church, GWC president and director of conservation.