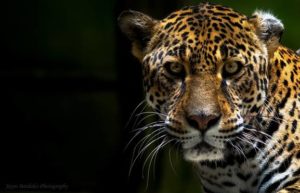 Mesoamerica’s five great forests—the Maya Forest in Mexico, Guatemala, and Belize; the Moskitia in Nicaragua and Honduras; the Indio Maíz-Tortuguero in Nicaragua and Costa Rica; the Talamanca Region in Costa Rica and Panama; and the Darien in Panama and Colombia—together cover more than 120,000 km2. They are home to more than 7.5 percent of the planet’s biodiversity, such as the jaguar and endangered Baird’s tapir, hold nearly 50 percent of the region’s forest carbon, and provide important ecosystem services to 5 million people, including clean water, clean air, food security, and climate stability.

“Mesoamerica’s people, culture, biodiversity, resilience to climate change, economic health – its very essence, all depend on these five great forests,” said Costa Rica’s Minister of Environment and Energy, Carlos Manuel Rodríguez, a champion for the initiative. “And these five great forests also provide services for all of humanity - if protected, nature can provide more than a third of the solution to climate change.”

Since 2000, three of Central America’s five great forests have been reduced by more than 23 percent. This decline is being driven by an insatiable global demand for beef, as 90 percent of deforestation in the five forests is the result of illegal cattle ranching—sometimes used as a front for organized crime and drug trafficking.

The 5 Great Forests Initiative, which was launched at an event during the UN Climate Summit by CCAD, the ministers of environment from Costa Rica, Guatemala, and Panama, and Minister, Private Secretariat for National Policies of Nicaragua, and supported by WCS and GWC, will ensure that over the next 10 years:

These forests also harbor World Heritage sites and the vestiges of ancient civilizations. Indigenous and local communities manage nearly half of the remaining Five Great Forests.

“Central America alone has approximately 80 different indigenous peoples, and many of these have territories that overlap with the Five Forests,” said Christopher Jordan, GWC’s Central America and Tropical Andes coordinator. “This means that the advance of illegal, expansive cattle ranching into these forests not only threatens biodiversity and depletes regional carbon stocks, but also threatens the food security of indigenous peoples, and endangers their cultures and languages. Nowhere are the profound negative impacts of animal agriculture more pronounced.”

Through this initiative, collaborating partners are committing to addressing the drivers of deforestation—especially illegal cattle ranching; improving forest governance by strengthening management of protected areas, community forests, and indigenous territories; and improving livelihoods with forest-friendly and climate-resilient economic alternatives.

“Indigenous leaders, community land managers, and park rangers are putting their lives on the line every day to protect Mesoamerica’s forests and the services they provide for all of humanity,” said Jeremy Radachowsky, WCS Regional Director for Mesoamerica and Western Caribbean. “We owe it to them to provide the financial, political, and technical support necessary to protect, restore, and secure these magnificent places.”

Photo: Mesoamerica’s five forests are home to more than 7.5 percent of the planet’s biodiversity, including the iconic jaguar (photo by Jayro Bardales)