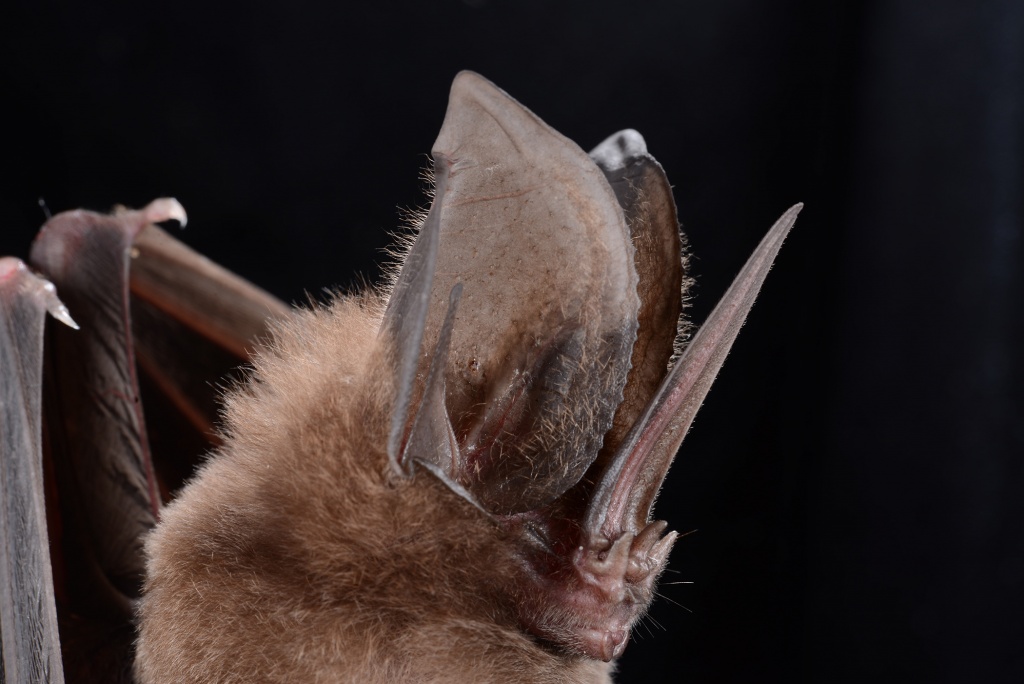 he Orinoco sword-nosed bat, a species classified as vulnerable by the IUCN Red List of Threatened Species, was recorded in Guyana for the first time during this survey. (Photo by: Burton Lim, Royal Ontario Museum)

A team of intrepid explorers has uncovered more than 28 species new to science as part of a Biodiversity Assessment Team (BAT) survey in Guyana’s little-explored South Rupununi Savannah. The first in a series of the team’s reports, which came out today from WWF-Guianas and Global Wildlife Conservation, outlines the discovery of 12 species of fish, 1 species of bat and 15 species of aquatic beetles new to science. Between 10 and 15 percent of ant species the team collected were also new to science.

“Our best chance at efficiently conserving our wild world starts with understanding where plant and animal species live,” said Wes Sechrest, Global Wildlife Conservation chief scientist and CEO. “The South Rupununi expedition has given us the first clear snapshot of life in this otherwise unexplored region. With this vital information we can now implement effective strategies to conserve the biodiversity in this unique place.”

The publication represents the most recent broad-based documentation of floral and faunal diversity in Guyana’s southern Rupununi region, specifically in the Kusad Mountain and Parabara areas. The report highlights some of the most striking characteristics of the South Rupununi Savannah, which is one of Guyana’s most unique and diverse ecosystems and among the last great wilderness areas on earth:

The report also includes an assessment of water quality of the area’s wetlands, creeks and lakes, and natural resource use by local indigenous Wai-Wai and Wapishan communities (Potarinau, Sawariwau, Karaudanawa, Parabara and Shulinab). The indigenous communities have depended on the resources of the savannah and surrounding areas for centuries and continue to do so today, even as they move toward more cash-based economies. At least 59 species of plants and 72 species of animals were identified by communities as important for food, construction, medicine and income generation.

“With such tremendous importance for nature and livelihoods, it is thus extremely important that economic development for the area and its inhabitants is based on the principle of using resources in a well-planned and sustainable way,” said Aiesha Williams, country manager of WWF Guianas – Guyana Office.

Until recently, the region’s ecosystems have been protected by its isolation, but increasing interest in the region for gold mining, petroleum extraction and large-scale agriculture is beginning to threaten the spectacular wildlife and natural habitats of the Rupununi. Conservationists aim to implement a large-scale management plan for the so-far unfragmented landscape based on a strong baseline of species and habitat information acquired in these surveys.

Photo: The Orinoco sword-nosed bat, a species classified as vulnerable by the IUCN Red List of Threatened Species, was recorded in Guyana for the first time during this survey. (Photo by Burton Lim, Royal Ontario Museum)

WWF-Guianas is part of one of the world’s leading conservation organizations with a mission to stop the degradation of the earth’s natural environment and to build a future in which humans live in harmony with nature. The Guyana office is involved in a plurality of site-specific objectives, often in partnership with civil society organizations and government institutions. These range from the protection and management of ecological landscapes, to educational and awareness campaigns on climate change and conservation. Learn more at http://www.wwfguianas.org/