All Eyes on Commitment of Ghana’s Government to Biodiversity 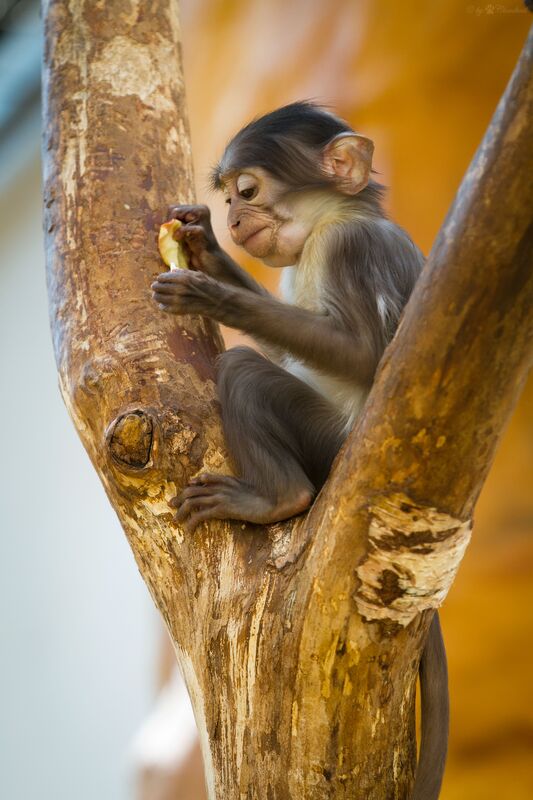 The white-naped mangabey is one of a number of wildlife species that will come closer to extinction if the government of Ghana continues with plans to mine bauxite from Atewa Forest. (Photo by snowleopard, via Flickr)

Recent developments over the last week suggest that despite a plea from concerned citizens and scientists alike, the government of Ghana may be set to mine bauxite from the irreplaceable Atewa Forest. These developments include bulldozers moving into the forest and comments that mining bauxite from Atewa Forest would not disturb the wildlife in the Key Biodiversity Area, a site of global importance to the planet’s overall health. Global Wildlife Conservation and the IUCN SSC Primate Specialist Group have joined a growing group of wildlife experts calling these claims patently false.

“Despite the government’s assertions, there are no international best practices or modern technology that would prevent the total destruction of life in the Atewa Forest if the country moves forward with bauxite mining here,” said Daryl Bosu, deputy national director of A Rocha Ghana. “Bauxite mining requires ripping up the forest floor and the habitat of all of the wildlife species that live there. We implore the government to take seriously the concern of conservationists around the world, and to instead be a champion of Ghana’s incredibly unique and rich natural heritage and the five million Ghanaians who depend on Atewa Forest as their source of drinking water.”

On Thursday, May 30, an A Rocha Ghana team and community members witnessed a bulldozer clearing trees and creating access roads in Atewa Forest, suggesting that the government is working on a deal to allow the mining of bauxite, the primary ingredient in aluminum. This news came even after a number of international groups, led by A Rocha, and local groups, led by the Concerned Citizens of Atewa Landscape, had spent years urging the government to protect Atewa Forest for perpetuity by converting it into a national park.

Unlike Ghana’s existing bauxite mine at Awaso, which locals describe as a “desert of red mud,” Atewa Forest is teeming with life, home to at least 50 mammal species, more than 1,000 species of plants, at least 230 species of birds and more than 570 butterflies—and many of these found nowhere else in the world.

“The recent U.N. biodiversity report made it clear that unless we’re willing to protect wildlife, all life on Earth will suffer, including humans,” said Russ Mittermeier, GWC’s Chief Conservation Officer and chair of the IUCN SSC Primate Specialist Group. “What an incredible opportunity for the government of Ghana to be a global leader in helping stem the loss of our planet’s biodiversity, here and now. Otherwise, to allow bauxite mining under the false premises that there’s a way to do so safely for wildlife will certainly lead to the loss of the rare white-naped mangabey, other wildlife, and the collapse of that ecosystem.”

In a recent book, acclaimed biologist and author E.O. Wilson lists Atewa Forest as one of the 38 most important places on Earth that should be set aside for nature’s benefit. And the forest’s impressive biodiversity has earned it the designation of a Key Biodiversity Area.

“As co-chair of the U.N. Sustainable Development Goals Advocates, President Nana Akufo-Addo and the government of Ghana can set an incredible example by safeguarding this KBA, counting toward Ghana's Sustainable Development Goals,” said Penny Langhammer, GWC’s senior director of science. “The international community will be watching in the coming days to see if the government makes the right choice not only for the country’s natural heritage, but all the people who depend on it.”

In 2016, A Rocha and partners published a report that showed that protecting Atewa Forest as a national park and a buffer area around it—rather than mining it for bauxite—had the highest economic value for the country over 25 years, with tremendous benefits to communities both upstream and down. In addition, a recent US Forest Service report released May 1 of this year called for the evaluation of “a range of development and management options (including conservation, restoration and other alternatives to mining) to protect drinking water and other ecosystem services.”

Individuals interested in asking the government of Ghana to save Atewa Forest by converting it to a national park can sign a Change.org petition, which has already resulted in more than 18,000 signatures around the world.

Photo: The white-naped mangabey is one of a number of wildlife species that will come closer to extinction if the government of Ghana continues with plans to mine bauxite from Atewa Forest. (Photo by Cloudtail the Snow Leopard, via Flickr)