For the local communities that live around Ebo Forest, in the Littoral Region of Cameroon, their connection to the forest is deep and touches nearly every aspect of their lives. At Cameroon’s independence in 1960, communities in the Ebo Forest were relocated, but the forest and the species found in it continue to be central to their lives and newer traditions.

The local communities that dot the border of Ebo Forest also rely on its resources. It is the only source of freshwater for nearly every community around it, if not all of them, and it is a vital source of food and medicine.

“Apart from the livelihoods that the forest provides, the cultural significance of this forest is critical,” says Ekwoge Abwe, manager of the Ebo Forest Research Project.

The history of the more than 40 communities that live on the edges of Ebo Forest is not well documented. Many communities that lived in Ebo Forest were moved during the second half of the 20th century, around the period of Cameroon’s independence. Today, many of the villages around Ebo are composites of original old villages that have expanded as new groups joined. 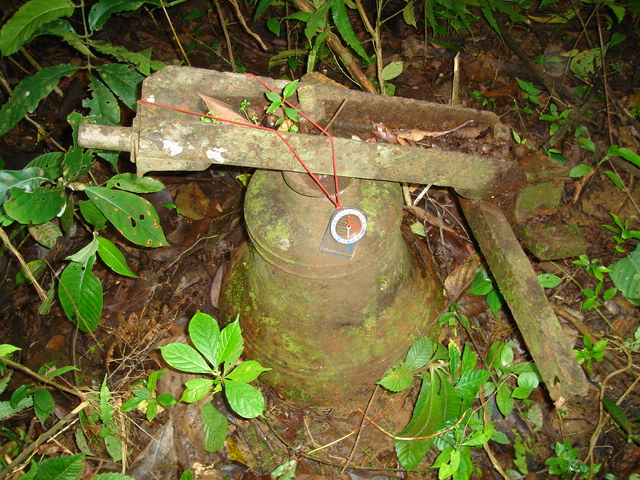 Despite no longer living inside Ebo Forest, many members of the communities still have deeply personal connections to it and consider it ancestral land. Before the arrival of Christianity, each family had a site in the forest for religious rituals, marked by a stone or special tree. Each site had at least one species of Crinum lily, which was used for rituals.

“Most of the elderly who live in communities around the forest were brought up in villages in the forest,” says Abwe. “Some of them still visit the gravesites of their ancestors, their family house sites. There are so many relics in the forest that are important to the people. There is really an important cultural and ancestral attachment to the area.”

Researchers with the Ebo Forest Research Project have unexpectedly come across many relics that remain. They have even camped within a stone’s throw distance of century-old structures without realizing it.

“The longer I was there, the more astounded I was by the history of the area,” says Bethan Morgan, head of San Diego Zoo Global’s Central Africa Program and long-time scientist with the Ebo Forest Research Project. “One day, we were camping there, [and] it had been raining all morning, so in the afternoon I finally went out for a walk and I fell over a bedstead in the middle of the forest, an old iron bedstead. It was just unbelievable.”

The bedstead had originally been in a hospital and a church that were built in an area of the Forest called Bekob before World War I by German missionaries. The bed had been built outside of the forest and then moved to the hospital. In 2002, during Morgan’s earliest days researching Ebo, she met an elderly man who still remembered the missionary who had built the hospital. All that remains today of the site are ruins.

In a nod to their ancestral heritage, the Cameroonian government recognizes the Traditional Chiefs of the communities around Ebo. The Chiefs are considered ancillaries of the government, and they have been champions of protecting Ebo Forest.

In 2011, the Traditional Chiefs formed the Association of Traditional Chiefs in Communities Adjacent to Ebo Forest (ACTRIFE) to improve the livelihoods of the people in their communities and protect the biodiversity of Ebo. They hold biennial general assembly meetings and the proceedings from those meetings are used to solicit support from the Cameroonian government for conservation and development efforts.

Abwe and his colleagues with the Ebo Forest Research Project have also helped members of local communities find alternatives to commercial hunting (which primarily only benefits urban populations), like cocoa farming.

Many former hunters now make up the Clubs des Amis de Gorilles, which translates to “Gorilla Guardian Clubs.” Instead of hunting in the forests for bushmeat, which was threatening Gorillas living in the forest, members of the Gorilla Guardian Clubs patrol the forest with staff from Ebo Forest Research Project. The three clubs have helped scientists capture the first-ever recorded video of the Gorillas in Ebo Forest. In 2016, camera traps they deployed recorded a pregnant female gorilla walking through the forest. 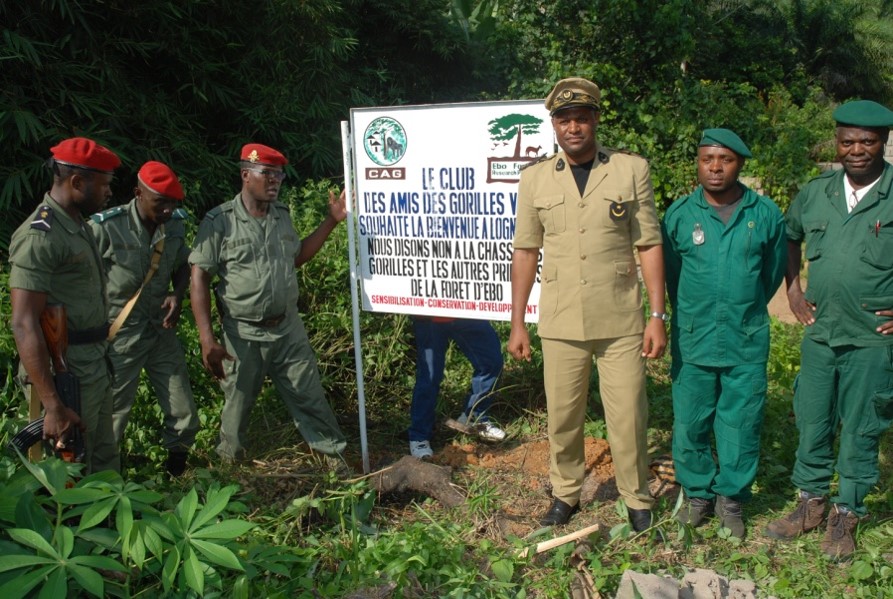 Outside of Ebo Forest, the Gorilla Guardian Clubs have elevated the pop culture status of Ebo’s Gorillas. The Clubs celebrate the Gorillas during the Gorilla Cup soccer tournament each summer, and the theme for the annual tournament is always tied to Ebo’s small population of Gorillas, which may possibly be a new subspecies. Every August, between 250 and 400 people attend the Gorilla Cup.

The tournament is more than an opportunity to show off fancy footwork and prowess on the pitch. Between matches, the tournament provides a forum for folklore story-telling, traditional dances and nature walks.

Two new logging concessions are threatening the work of the Gorilla Guardians Club, the livelihoods of local communities and nearly the entirety of Ebo Forest. Researchers, however, think there is a way to preserve Ebo Forest while still creating economic opportunities. In a letter to the Cameroonian government, they asked the government to suspend the plans for logging and involve all stakeholders including Ebo’s local communities in a land-use  planning process.

If Ebo Forest were preserved, researchers think it has the potential to remain a critical habitat for wildlife as well as allowing local communities to continue to depend upon its presence for life-sustaining functions. A land-use planning process involving communities, the government, conservationists and other stakeholders could result in a new type of protected are, run by and for the local population with conservation very much at its core. There is even the long-term potential for Ebo Forest to become a site for ecotourism, specifically for tourists to see primates, but also to learn about the ancestral heritage of Ebo Forest.