Want to be Awed By Our Wild World? Cameroon’s Ebo Forest Keeps the Wonders Coming.

With Nut-cracking Chimpanzees, an Unexpected Population of Gorillas, and a Dozen New Plant Discoveries, this Threatened African Forest is a Rich Research Paradise

Years before Cameroonian biologist Dr. Ekwoge Abwe became the world’s leading expert on Nigerian-Cameroon chimpanzees, he stumbled onto the discovery that launched his career: a troop of chimpanzees in the trees of Cameroon’s Ebo forest using stone and wood to crack open nuts to eat them. In the course of his research, Abwe would also find the chimpanzees “fishing” for termites, making Ebo’s chimpanzees the only known chimps in the world to both crack nuts and fish for termites.

Abwe’s mentor, biologist Dr. Bethan Morgan, made a similarly shocking finding in Ebo Forest in 2002, forever binding her to the special place. During a 2002 trip to Ebo Forest to study Drills (a short-tailed monkey related to baboons and mandrills) Morgan awoke in her tent one morning to the unmistakable sound of gorilla chest beats—in a forest where gorillas had never been scientifically recorded, though locals knew the gorillas were tehre. She spent the next 30 minutes running down a steep and mountainous valley to get to the source of the sound. And then there they were, a group of gorillas previously unknown to science.

“We were with the gorillas for about two hours and I thought, ‘nobody is going to believe this,’” says Morgan, who is head of the San Diego Zoo Global’s Central Africa Program. “I still don’t really believe it happened. It was honestly like finding a pot of gold. It’s one of the few things I think I’ll remember on my death bed.” 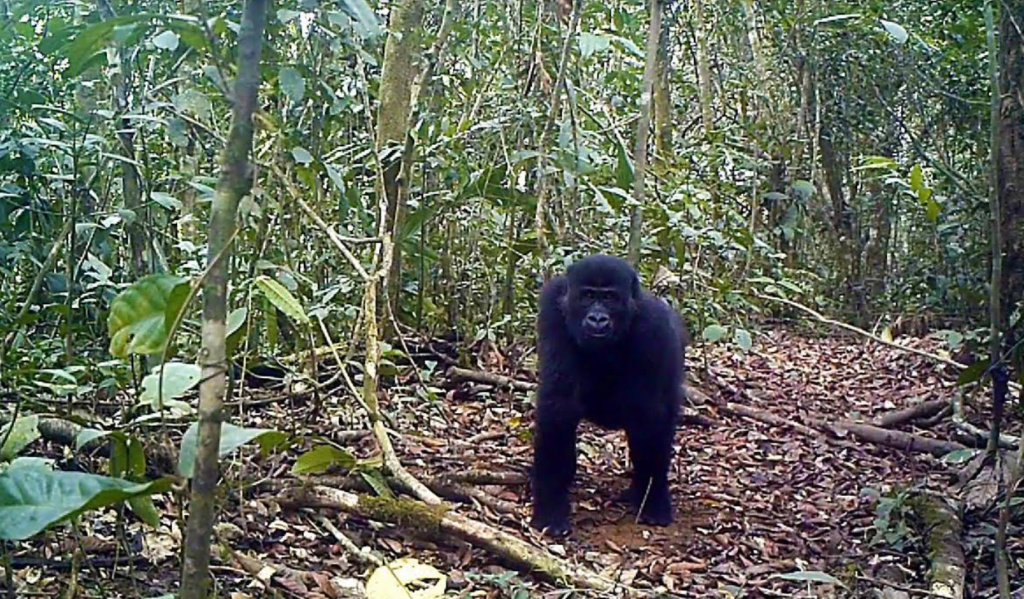 These kinds of surprising discoveries have become one of Ebo Forest’s most incredible defining features, in addition to its rich cultural heritage, distinguishing what is one of the last few remaining intact forests in West-Central Africa as an internationally recognized center of research for academics and students, and an irreplaceable natural laboratory to learn more about our wildlife and the home we share with them.

“Every time we bring another group of people from another discipline to the forest, you just see a whole new wide world opening up,” says Abwe, who is a San Diego Zoo Global postdoctoral fellow in Population Sustainability and manager of the Ebo Forest Research Project. “It’s mind blowing. Every single time people go out there, they find something new. And the more we keep going out there, the more we’re going to continue to find new things.”

In 2003, Morgan published a paper in the International Journal of Primatology on the newly discovered population of gorillas. Because the primates live geographically between two western gorilla subspecies—the Cross River Gorillas and the Western Lowland Gorillas—some researchers speculate that the Ebo gorillas may be their own subspecies, making them the fifth subspecies in the world and the third for Cameroon.

In 2006, Morgan and Abwe published a paper in Current Biology on the nut-cracking chimpanzees, which are the most threatened of the world’s four chimpanzee subspecies. Since then, Abwe has conducted several studies on the local adaptation of chimpanzees and how they adapt to landscapes that humans have modified. Small villages established in Ebo Forest hundreds of years ago left stands of oil palm—native to this part of the world—that the chimpanzees in this part of the forest use to make their nests and find food when other sources may not be available. In this way, Abwe discovered cultural differences within the chimp population, shaped by humans, that may help researchers in other places better understand the types of effects—bad and beneficial—people can have on wildlife habitats. 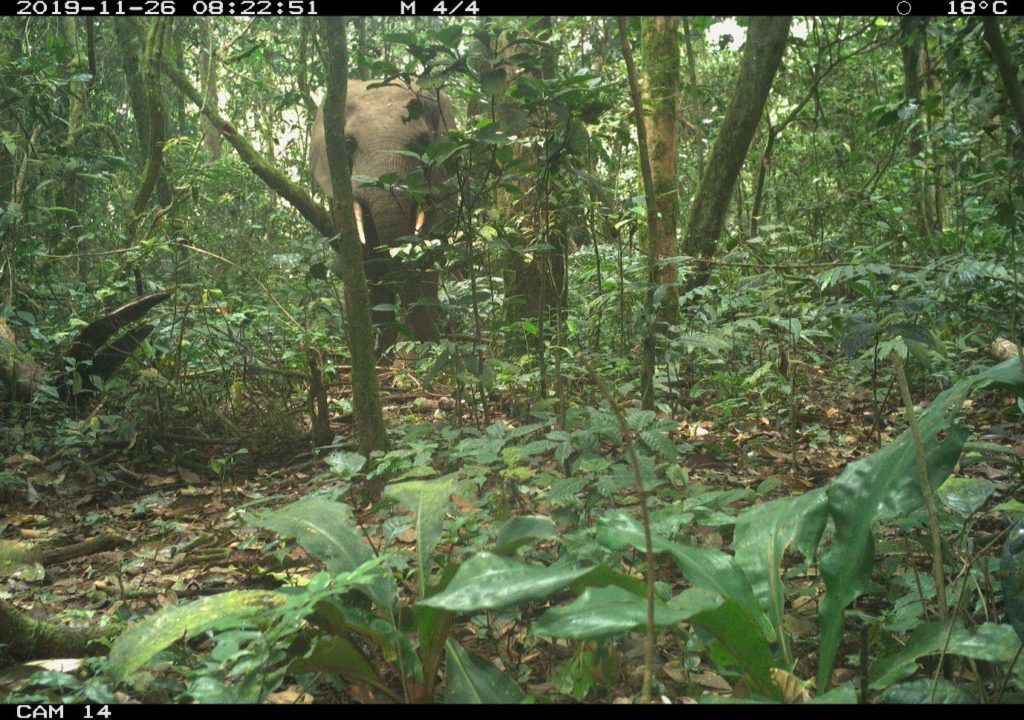 Ebo Forest makes up one half of the Yabassi Key Biodiversity Area, making it a site of global importance to the planet’s overall health and the persistence of biodiversity. In addition to the largest population of Nigeria-Cameroon chimpanzees and a small population of gorillas, it is home to more than 300 bird species, foot-long goliath frogs, forest elephants, one of two remaining populations of the Critically Endangered Preuss’s Red Colobus and has the highest potential for the long-term survival of Drills in Cameroon.

It is also considered the most important place in Cameroon for botanical research, according to botanists who conduct 1-2 surveys in Ebo Forest each year and have discovered and published at least 12 plant species new to science, many of which are endangered and endemic to the forest. This includes a strange triffid-like plant and a small herb with white flowers growing on the rocks of a fast-flowing river bed in the forest.

“Ebo Forest is very rich in rare plant species, therefore it is a unique destination for botanical research,” says Dr. Xander van der Burgt, curator and field officer for the Royal Botanic Gardens at Kew, UK, which conducts regular surveys in Ebo Forest. “Some of these plant species have been collected by a botanist, but many species have never even been seen by scientists.”

Kew and other botanists at Bekob. (Photo courtesy of San Diego Zoo Global)

All of this rich research, however, is only the start of the unveiling of what Ebo has to teach the world. Many parts of the forest need intense botanical surveys. Researchers need to continue bird surveys to better understand the community there, which has access to both lowland forest and sub-montane habitats. And very little has been done in the way of looking at the nocturnal primates, small mammals, bats, amphibians and reptiles that live here.

“There is still so much to learn from Ebo Forest,” Abwe says. “Despite all the time we have spent there, we still come across new species and things we’ve never seen before. There’s just so much knowledge in that forest that needs to be brought to the world outside.”

For years, the Cameroon government at every level has been incredibly supportive of research efforts in Ebo Forest, providing research permits and even collaborating on the Nigeria-Cameroon Chimpanzee Action Plan in 2011, which highlighted Ebo as one of the strongholds for the species. Yet in recent months, the government announced plans to create two long-term logging concessions in the Ebo Forest, which will destroy the entire gorilla habitat, level the western part of the forest where chimpanzees crack nuts, and could destroy food sources for animals with specific diets, like Preuss’s Red Colobus. 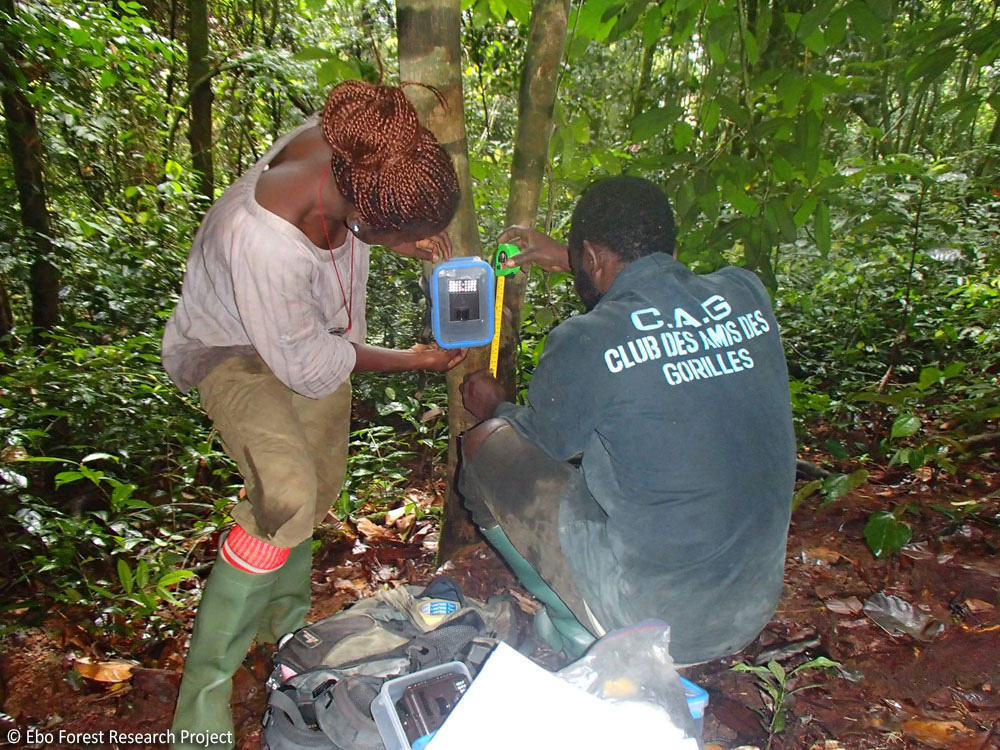 The IUCN SSC Primate Specialist Group and its Section on Great Apes have signed a letter this week to the Cameroonian prime minister, asking him to suspend the process, to include local perspectives, and to initiate an inclusive and transparent process to explore all options for land use and natural resource management in and around Ebo. 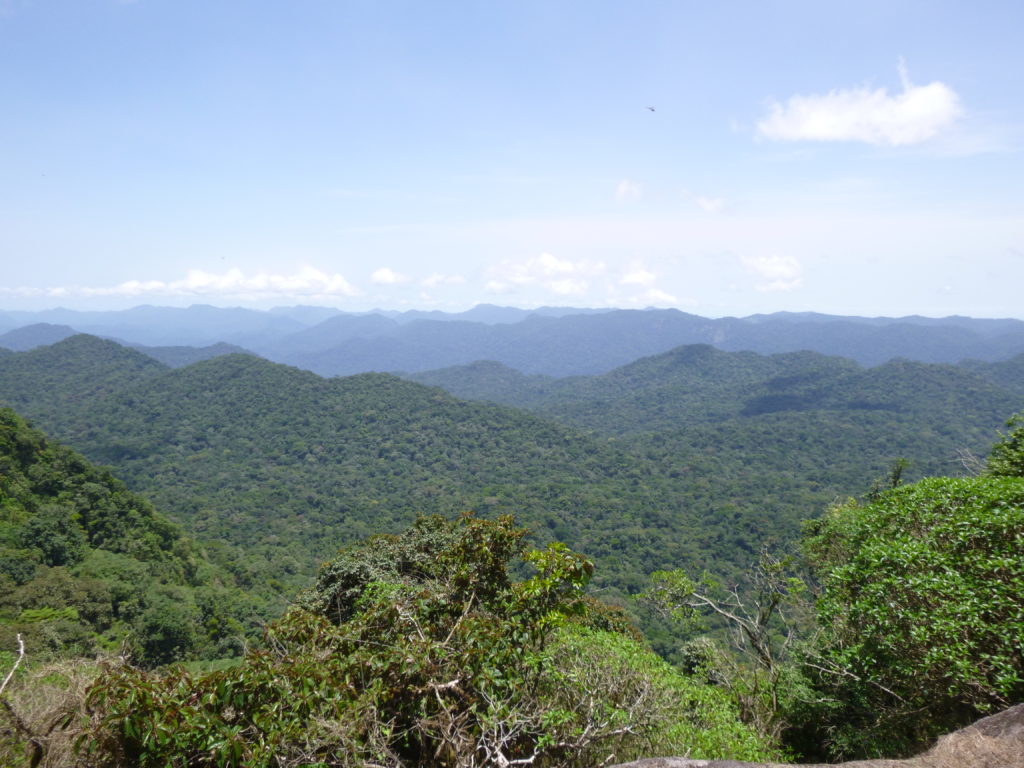 “Ebo Forest is a phenomenal place, a unique and irreplaceable wilderness that can teach us about the history of our planet, our relationship with nature, and the evolving cultures of our cousins, the great apes,” says Dirck Byler, Global Wildlife Conservation’s great ape conservation director and vice chair for the section on Great Apes of the IUCN SSC Primate Specialist Group. “Cameroon has consistently supported scientific research in Ebo Forest, so we are hopeful that they will now become a global leader in showing the rest of the world that the sustainable management of these kinds of places can be beneficial economically, culturally, and scientifically.”

And for researchers like Abwe and Morgan, who understand just what a special place Ebo Forest is, protecting the forest and its inhabitants is not a luxury, but a necessity.

“Ebo Forest is essential to the communities around it that depend on it, critical to the wildlife that live there, and part of Cameroon’s rich natural heritage,” Morgan says. “I’d go further than saying Ebo has shaped my career and Ekwoge’s career,” Morgan says. “It’s shaped our lives completely. And we hope it will continue to do so for future generations of researchers for decades to come.”