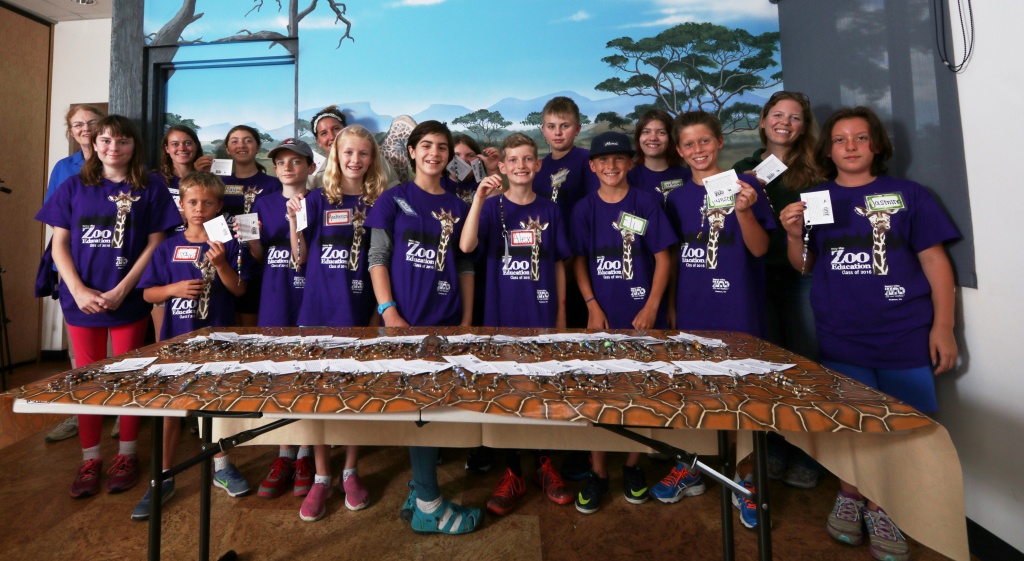 MADISON—Summer Zoo Campers at Henry Vilas Zoo’s Jr. Zookeeper “Conservation Connection” Camp this week are transforming one of the most serious threats to wildlife into creative artwork to help save an endangered animal in Southeast Asia, the saola.

The campers—who are in sixth through ninth grades—are creating artistic keychains and dream catchers from illegal hunting snares that ranger teams in Laos and Vietnam have collected. The Zoo sells the crafts to raise funds for Global Wildlife Conservation’s (GWC) work with the IUCN Saola Working Group (SWG) to support the patrol teams’ efforts to save the saola from extinction. Bill Robichaud, a Wisconsin native, is the SWG coordinator.

“Campers have a unique opportunity to learn about a relatively unknown, critically endangered species directly from a leading field expert and conservationist, and then take part in an effort to help that species,” said Erin Flynn, conservation education curator at Henry Vilas Zoo. “Participation in our Catching Hope program not only brings a message of hope to a dire situation, but empowers and affords the campers the opportunity to be active global citizens directly impacting the conservation of a critically endangered species and unique ecoregion across the world. This is especially important for children, who are the conservation heroes of tomorrow and may not always feel that they have the ability to make a difference today.”

When summer Zoo Camp is not in session, Flynn leads a core group of Zoo volunteers in creating the original crafts year round as part of the Catching Hope Re-purposed Poaching Snare program. In the first two years of the program, Catching Hope has sold more than 1,600 re-purposed poaching snare crafts and donated more than $4,600 to GWC. GWC and SWG send the funds back to hire local people in the saola’s range to remove more snares from the saola’s habitat, in the Annamite Mountains on the border of Laos and Vietnam. This helps not only the critically endangered saola, but many other threatened species in the same forests, and the livelihoods of local villagers. The region is home to some of the most mysterious and near-mythological wildlife species, such as the Annamite-striped rabbit, Annamite dark muntjac and Owston’s civet.

One of the main goals of GWC’s work in the Annamites is to prevent the extinction of a two-horned antelope-like species called the saola, which is so elusive that no biologist has ever seen one in the wild, earning the species the nickname Asian “unicorn.” Likely less than 100 saola are left in the wild, making it one of the planet’s most endangered mammals. Although poachers do not target saola specifically, the animals are killed as by-catch in poachers’ snares laid out for black-market species.

“I am very proud of my hometown zoo,” said Robichaud, GWC Saola Conservation Program coordinator and founding coordinator of the IUCN’s Saola Working Group. “Madison and Henry Vilas Zoo may not be large on the map, but they are making an outsized contribution, punching above their weight, in support of an urgent and high global conservation priority, saving the saola from extinction.”

Interested parties can submit orders for Catching Hope keychains and dream catchers in support of saola conservation to Henry Vilas Zoo via email at hvzcatchinghope@gmail.com.