Search For The Lost Pink-Headed Duck Gets Underway In Myanmar 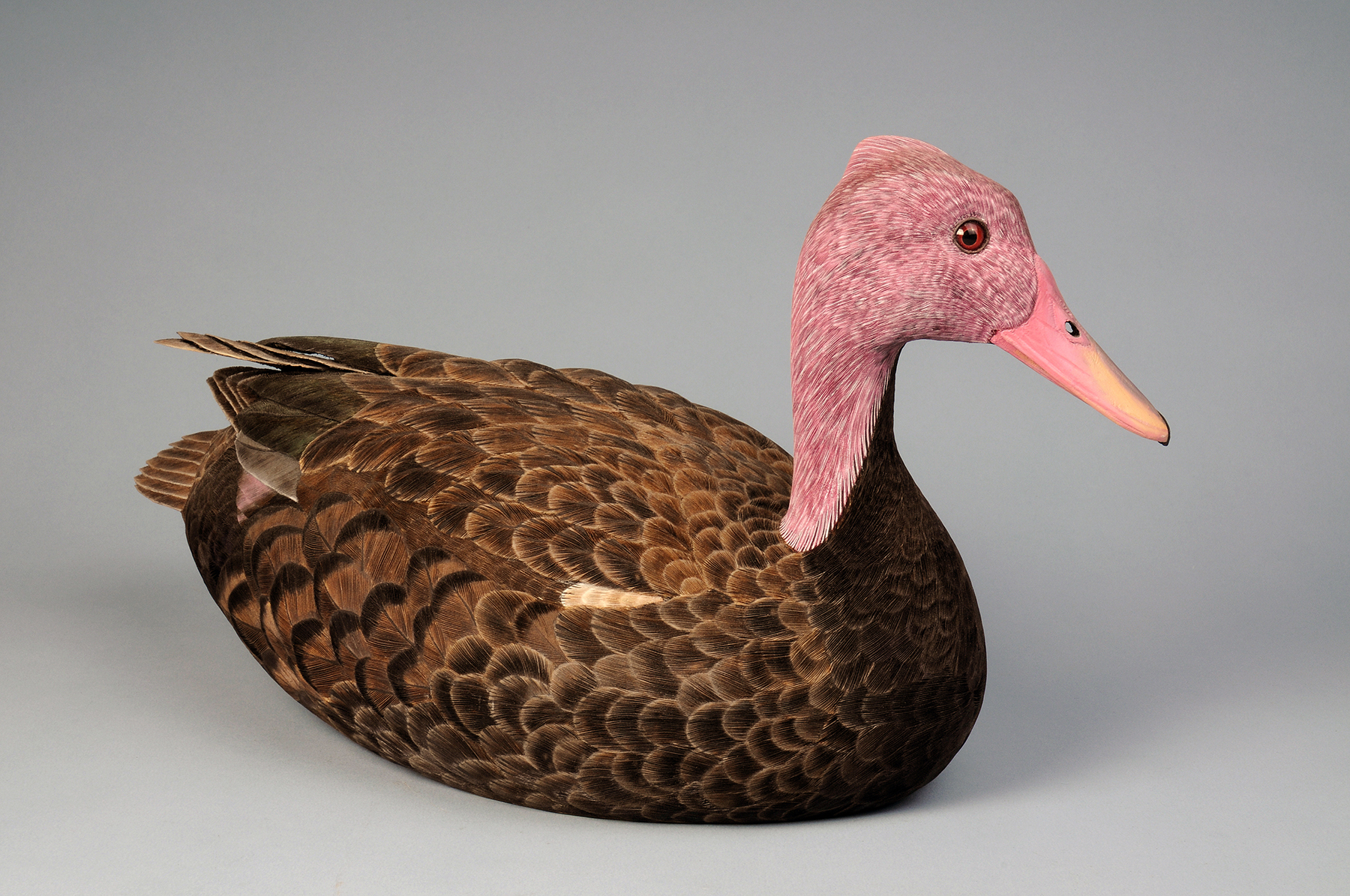 The very first Search for Lost Species expedition gets underway today, Monday, Oct. 23, with a quest to northern Myanmar to find the pink-headed duck, missing since 1949. Intrepid British explorer Richard Thorns, who has dedicated his life to looking for the species for the last 20 years, will lead a team into Kachin State, where he hopes wetland conditions will be just right to reveal the elusive bird if it is not extinct.

The pink-headed duck is one of the top 25 “most wanted” lost species in Global Wildlife Conservation’s Search for Lost Species initiative. According to the IUCN Red List of Threatened Species, the duck was once locally distributed in the wetlands of India, Bangladesh and Myanmar. The species was always considered rare, but its populations likely declined severely as a result of hunting and habitat loss. It has not been conclusively seen in the wild since 1949 in India and is known from Myanmar from only two specimens. Thorns’ team believes Myanmar is the most likely place for the bird to be holding on.

“The pink-headed duck has no real reason to be extinct in Myanmar,” Thorns said. “It was historically recorded there, there’s plenty of food, Myanmar doesn’t have the same environmental and human impact that India had and Myanmar has been closed for decades. But modern history shows it isn’t being seen, so we have to ask ourselves: what is happening that is preventing it from being seen?”

The possible answers to that question, Thorns said, helped the expedition team determine where to go, when to go, and what strategies to implement. The bird may have eluded detection in part, for example, because it visits a swampy, uninviting wetland near Indawgyi Lake in north Myanmar accessible only to locals in order to breed in the rainy season, and then retreats to an area even more closed off to people. So the team will be visiting this particular wetland in late October, during the crucial tail-end of the rainy season when the bird may be likely to be there. The wetland itself is in an area closed to foreigners and beyond an army checkpoint—the expedition team has been granted special permission from the government to go there.

Although Thorns has visited this wetland twice previously in both the dry and rainy season, he suspects that he may have missed the pink-headed duck because he used dug-out canoes to get around—while ducks generally fly from open water as boats approach, in thick grass they will stay put despite the perceived threat. So his team will instead be replicating methods used by the Victorians in India and West Bengal to hunt tigers—they patrolled waterlogged flood plains by elephant, which naturally caused the birds to fly out of the thick elephant grass.

The expedition team will record by video as any waterfowl flush. If members of the team see something unusual, they plan to wade or swim to the place they see a bird land and observe before setting out duck decoys and camera traps. Before this, however, they’ll spend their first few days going to two small villages and showing photos of the pink-headed duck to locals to see if they have spotted the bird.

“With Richard’s unparalleled passion and knowledge of the whimsical, near-mythical pink-headed duck—and just a little bit of luck—we have no doubt that if the species is still out there, Richard and his team will be the ones to find it,” said Don Church, GWC president. “And if they do rediscover the bird, GWC will be ready to work with partners to help put into place conservation measures on the ground that ensure we don’t lose it again.”

Anecdotal evidence seems to support the theory that the pink-headed duck is not yet extinct. The last time Thorns visited this location, a villager identified the pink-headed duck, without any prompting, as a bird he knew. Reports of pink-headed duck sightings in 2006 remain unconfirmed. If the team doesn’t find the species on this trip, they’ll begin planning for a follow-up expedition based on what they learn this time around. This marks the seventh pink-headed duck expedition in Myanmar since 2009 for Thorns, who quit his job as a shop assistant in 1997 to search for the bird after reading about it in a library book on his lunch break.

“I call the pink-headed duck the Estella duck,” Thorns said, referring to the Charles Dickens novel, Great Expectations, in which young orphan Pip falls in unrequited love with a young girl named Estella. “Exactly like Pip’s beautiful nemesis of perfection, sometimes I think the pink-headed duck was placed in the world just to break hearts. This time I hope things will be different.”

In addition to Thorns, the pink-headed duck expedition team includes John Hodges and Pilar Bueno, who will be documenting the expedition in Lost Species blog posts, video and photos, as they’re able; and writer and natural history expert Errol Fuller.

This expedition was made possible in part by the support of Global Wildlife Conservation, sports optics company Bushnell Corporation and Charles Martell & Son.