New Report Reveals 25 Of The World’s Most Endangered Primates 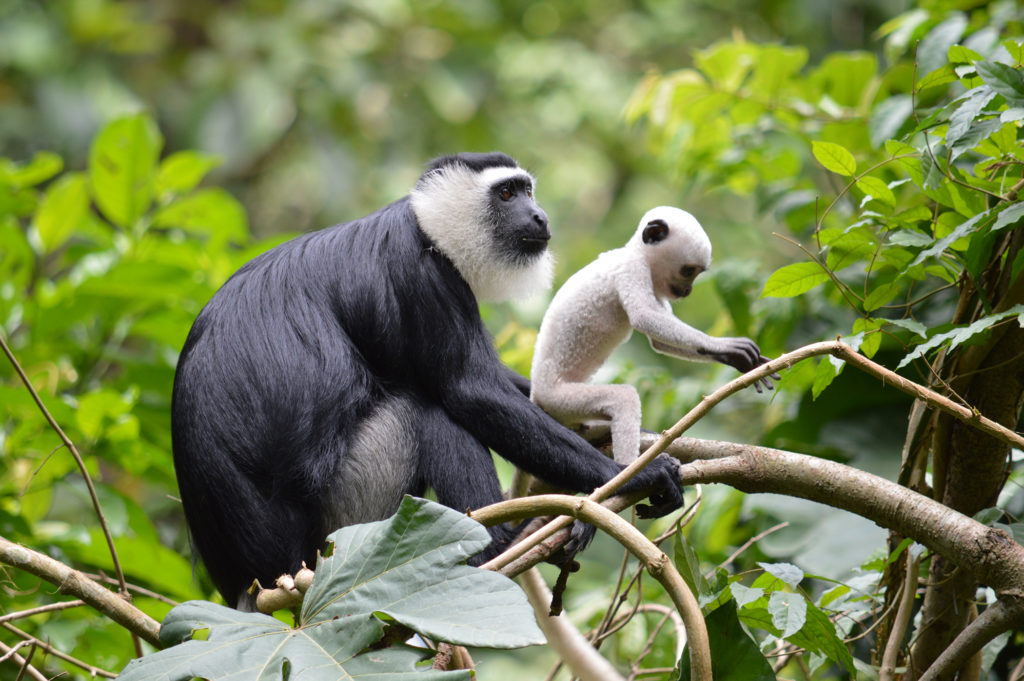 White thighed colobus' on a branch. (Photo by Luke Larter)

Many of mankind’s closest living relatives—the world’s apes, monkeys, lemurs and other primates—are on the brink of extinction and in need of urgent help, conservationists have warned. That trend continues, according to experts from across the world who have joined forces to highlight the plight of 25 of the most endangered primates on Earth.

Their findings have been revealed in a new report: Primates in Peril: The World’s 25 Most Endangered Primates, 2016–2018. The report, which is updated every two years, was launched at the Primate Society of Great Britain’s 50th anniversary conference in London today, Nov. 28.

“Primates are a prominent and essential component of a very large part of the world’s tropical forests and savannahs,” said Anthony Rylands, deputy chair of the IUCN SSC Primate Specialist Group, and recently appointed primate conservation director of Global Wildlife Conservation. “We are only now beginning to understand their diversity and their ecological role in these extraordinarily rich and complex environments, yet hunting and the degradation, fragmentation and loss of their habitats is devastating their populations worldwide—more than half of all primates are now threatened. This report draws attention to the severity of the situation for just a few of those most endangered.”

The report reveals the bleak prospects of some well-known and other less well-known and unusual species that are in danger of extinction from the relentless destruction of their habitats, illegal wildlife trade and commercial bushmeat hunting.

The Bornean orangutan appears on this list for the first time with dramatic population declines over the past 50 years, the result of widespread forest fragmentation and loss from forest fires, and the conversion of its forests to oil palm plantations. Since this list was compiled, researchers have described a new, third, species of orangutan, the Tapanuli orangutan from Sumatra. With about 800 left, this species is certain to appear on the next list of the 25 most endangered species.

The report also includes the well-known and loved ring-tailed lemur, which was estimated to number several hundreds of thousands two decades ago, but could now be down to the very low thousands because of the illegal pet trade and the loss of their forest habitat in Madagascar.

“Nonhuman primates are the most endangered larger group of mammals and one of the most endangered larger groups of vertebrates overall,” said Russ Mittermeier, incoming Chief Conservation Officer at GWC and long-time chairman of the IUCN Species Survival Commission’s Primate Specialist Group. “If you took all the remaining individuals of the 25 Most Endangered Primates list, you wouldn’t fill the seating of a large football stadium.”

Sixty-two percent of the world’s 702 primate species and subspecies are considered threatened, and 42 percent are listed as critically endangered or endangered, some of which are down to a few dozen or a few hundred individuals.

“This report makes for alarming reading and it is vital that we use it to highlight the desperate conservation need for so many primate species, many of which are on the very brink of being lost to extinction,” said Christoph Schwitzer, director of conservation at the Bristol Zoological Society, deputy chair of the IUCN SSC Primate Specialist Group, and the publication’s lead editor. “The report demonstrates the growing importance of collaboration between the international conservation, scientific and zoo communities in the protection of species and habitats. Bristol Zoological Society, for example, works closely with other conservation organizations and zoos to increase our understanding of the ecology, behavior and conservation status of many highly threatened species and conserve them in the wild.”

Primatologists discussed the conservation status of the world’s primates at the 26th Congress of International Primatological Society in Chicago in 2016. The list of 25 most endangered species is the result of a meeting of numerous primatologists there, who work in the field and have first-hand knowledge of the plight of primates worldwide.

Photo: The white-thighed colobus, pictured here, is among the species listed in the report. (Photo by Luke Larter)

The Primate Society of Great Britain

The Primate Society of Great Britain (PSGB) is a UK learned society. It was founded in 1967 to promote research into all aspects of primate biology, conservation and management. The Society’s 50th anniversary conference is being at the Royal Geographical Society, London on 28-29 November.

Bristol Zoological Society is a conservation and education charity that runs and operates Bristol Zoo Gardens and its sister attraction, Wild Place Project. Its vision is a sustainable future for wildlife and people and its mission is to conserve wildlife through conservation action and engaging people with the natural world. It does this by managing sustainable animal and plant populations, conserving wild populations, carrying out conservation research both in captivity and in the wild, integrated learning, communication and through its partnerships and community involvement.