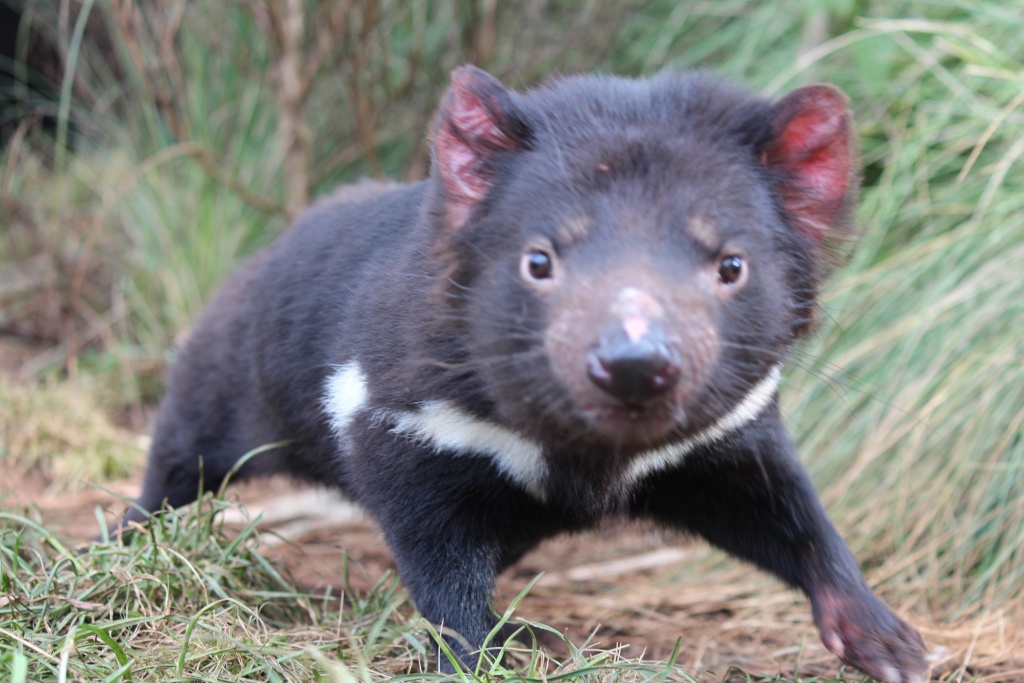 When scientists discovered the devastating Devil Facial Tumour Disease (DFTD) in Tasmanian devils in 1996, it could have meant a certain doom for the species. Now, 20 years later, Global Wildlife Conservation is continuing its commitment to the future of the species by pledging $250,000 to partner Devil Ark to double its insurance population of healthy Tasmanian devils. The increase from 180 to 360 Tasmanian Devils at the facility by 2020 will help provide a genetically diverse and healthy population for eventual reintroductions into the wild.

“Devil Ark is a powerful and effective model for species conservation,” said Don Church, GWC president and director of conservation. “The unexpected discovery of this disease required a bold response and together with Devil Ark, we’re fighting for the future of this incredibly charismatic and critical species. With the expansion of the insurance population, we are certain that in 20 years we’ll be able to say we won the fight.”

Once widespread in Australia, Tasmanian devils have been nearly wiped out by DFTD, one of the only cancers known to spread as a contagious disease. Scientists recently discovered a second strain of the disease. The devils are now extinct on mainland Australia and in Tasmania their numbers in the wild have plummeted to less than 10 percent of their historic population size. Just 25,000 devils persist today. Tasmanian devils play a critical role in keeping cats and foxes at bay and reducing predation by these invasive predators on birds and marsupials, including several endangered species.

“Doubling the Ark will guarantee Australia doesn’t see another iconic species become extinct,” said Tim Faulkner, general manager of Devil Ark. “We have already lost the Tasmanian tiger, and if we don’t act now, the Tasmanian devil could be gone forever. Australia has the worst mammal extinction rate on Earth and as the top order predator, the devil is critical in maintaining balance within the ecosystem.”

To create room for the population, Devil Ark will begin construction on a new facility in 2017 that will include “nurseries” for baby devils (or joeys) and “retirement space” for geriatric devils. As a nonprofit, Devil Ark will need to raise $1.5 million to cover the expansion costs. The facility is already home to 52 percent of the insurance population for the mainland, and aims to repopulation Tasmania once the disease has run its course.

“If an American organization can see the benefit in saving an iconic Australian species, we’re confident people from all over the world will stand up and help us raise the $1.5 million needed to save this species,” Faulkner said.

Devil Ark is a not for profit organization and registered charity. Dedicated in ensuring the survival of the endangered Tasmanian devil at risk of extinction due to Devil Facial Tumor Disease (DFTD). Devil Ark plays a critical role in managing an insurance population of the Tasmanian devil. Devil Ark’s facility was built in 2010 with only 44 founder devils. Over the past six years, we have grown to 150 adult devils and produced more than 200 joeys/babies, a number of which were returned to the wild in 2015. We are committed to increasing the population to 360 devils by 2020. Extinction is NOT an option. Learn more at http://www.devilark.org.au/