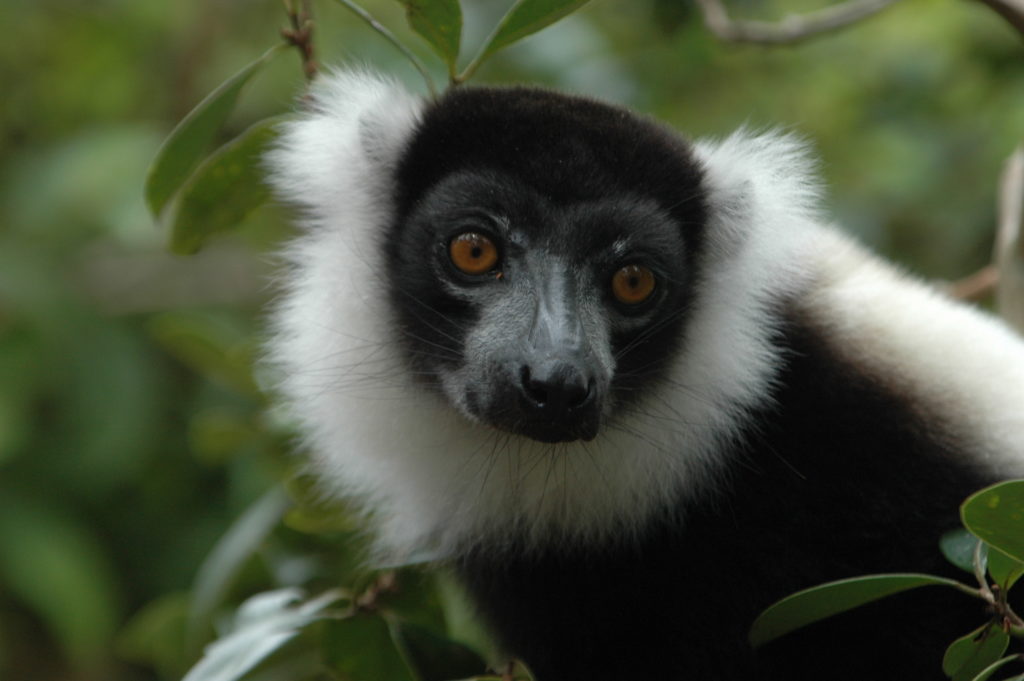 The International Union for Conservation of Nature (IUCN), which is the global authority for assessing the extinction risk for species around the world, announced today, July 9, that, according to new assessments, 33 lemur species are critically endangered and 103 of the 107 species are threatened with extinction. The primary threats to lemurs include illegal logging, slash-and-burn agriculture, hunting and the pet trade.

In response to the decline of lemurs across Madagascar, Global Wildlife Conservation (GWC) has worked with the IUCN Save Our Species Lemurs fund, the Margot Marsh Biodiversity Foundation, and Mohammed bin Zayed Species Conservation Fund to protect and secure lemur populations by supporting ecotourism, local conservation initiatives and anti-poaching efforts.

"One of the most important tools for the conservation of Madagascar’s wonderful lemurs is ecotourism,” said Mittermeier. “This has worked very well over the past few decades, providing income to local people, developing strong village-based guide associations, and encouraging the creation of local community reserves. Unfortunately, this approach has temporarily fallen on hard times with the closure of tourism because of COVID-19, but we are sure it will be back in force in the future. In the meantime, we are providing some communities with support to bridge them through this difficult period.”

GWC is prioritizing supporting ecotourism efforts throughout Madagascar, and especially in the eastern rainforest region. It will be sending the Association des Guides d’Andasibe, a community ecotourism association, immediate support to help them through the COVID-19 crisis. Beyond the pandemic, GWC is supporting the association’s work in Madagascar’s eastern rainforest where the indri and diademed sifaka—two of the largest lemur species—live, along with 10 other lemur species. The Association des Guides d’Andasibe is developing community reserves and anti-poaching efforts.

In Kianjavato, also in Madagascar’s eastern rainforest, IUCN Save Our Species Lemurs Fund, GWC and the Margot Marsh Marsh Biodiversity Foundation are supporting ecotourism and community education and expanding protection for lemurs via the Madagascar Biodiversity Partnership (MBP). Kianjavato is home to the critically endangered black-and-white-ruffed lemur and the critically endangered greater bamboo lemur.

The Madagascar Biodiversity Partnership is also focusing on anti-poaching and reforestation. During the past three years, the MBP has patrolled Montagne de Français (MDF) to prevent illegal logging. Montagne des Français is the last remaining habitat for the critically endangered northern sportive lemur (Lepilemur septentrionalis). Fewer than 100 are living in the forest. Last week, MBP began working with Eaux et Forêts, gendarmes and the Andavakoera VOI (a community association) to prevent illegal logging for charcoal. Reports indicate that the patrols are disrupting illegal charcoal enterprises. GWC is also supporting MBP’s reforestation efforts in Montagne d’Ambre.

Conservationists working with the IUCN SSC Primate Specialist Group have also found that the pet trade is a threat to 42 lemur species.

"Since the last update for lemurs on the IUCN Red List of Threatened SpeciesTM, the pet trade has emerged as a growing threat to lemurs,” said Kim Reuter, who studies the effects of the pet trade on lemurs. “Almost 40% of the species included in this update list the illegal pet trade as a threat to the species. A nationwide household survey of illegal pet lemur ownership in Madagascar published last year found that thousands are kept as illegal pets every year, with some species—like ring-tailed lemurs—particularly hard hit."

Outside of working in the field, conservationists have also been raising awareness about lemurs and their precarious position as the most endangered group of mammals in the world. The Groupe d’Etude et de Recherche sur les Primates de Madagascar (GERP) leads the World Lemur Festival each year. The festival promotes ecotourism, lemur conservation, education about lemurs, and lemur appreciation. It began in 2014 and is now celebrated all over the world. Each year in Madagascar the festival includes student parades to celebrate lemurs. GWC is providing support to GERP as it develops responses to COVID-19 since tourism to reserves such as Mahamsina is closed.

“For Madagascar, lemurs are our goose laying the golden eggs,” said Jonah Ratsimbazafy, president of the GERP. “They provide jobs for thousands of people and happiness for nature lovers. Saving lemurs means also saving people. I believe in lemurotherapy, so together do not let our therapy be vanished to extinction.”

During the next several years, conservationists are hoping that they can prevent any further declines for lemurs and expand programs as the result of the efforts of the IUCN SSC Primate Specialist Group.

“The Madagascar Biodiversity Partnership NGO initiated a collaborative patrol recently with Eaux et Forêts, gendarmes and Andavakoera VOI to look for illicit charcoal enterprises based out of the city of Antsiranana at Montagne des Français or MDF. This collaboration has been continuing for the past three years in conjunction with support from Omaha's Henry Doorly Zoo and Aquarium, IUCN Save Our Species, Global Wildlife Conservation, Margot Marsh Biodiversity Foundation, the Marat Karpeko Lemur Foundation and the National Geographic Society Species Recovery program. Two things come to mind. First, it is terrible that we are having to continue to spend resources to stop the destruction of MDF which is the last remaining habitat of the critically endangered northern sportive lemur (Lepilemur septentrionalis) which has a population of less than 100 individuals. A second more positive thought, as bad as it is with over 50 large endemic trees cut down over the previous weekend, it seems that this chess game for species survival is somewhat working. The illegal charcoal workers are having to work only on the weekends, thinking that government officials and rangers will not be around to do anything. And the illegal work requires these individuals to carry the wood out of the forest to make charcoal, which is not very productive. Progress comes in small portions, but every conservation step forward is in an important one toward preserving this sportive lemur through this pandemic and beyond.”

“The Lemur Conservation Network unites over 60 conservation organizations and zoos that work for lemur conservation. However, the Red List update has evidenced that there is a lot more work to do. It is necessary to work hard, united, and close to the Malagasy population in order to save lemurs from extinction. We invite everyone to join us at the Lemur Conservation Network and collaborate however it is possible. We are facing a crisis that goes beyond Madagascar and needs to be addressed by the world.”