Zoos and Aquariums Come Together To Help Trafficked Turtles

Turtles are tough. Despite boasting one of evolution’s more successful designs, turtles need a significant amount of specialized care, especially when they are removed from the natural environments they evolved to thrive in.

Within the last decade, turtle poaching in the eastern United States has exploded. The dramatic increase at times has left wildlife officers and the turtles they rescue in a tough spot. The officers need to quickly find the turtles safe temporary homes that are ideally near the turtles’ wild homes. 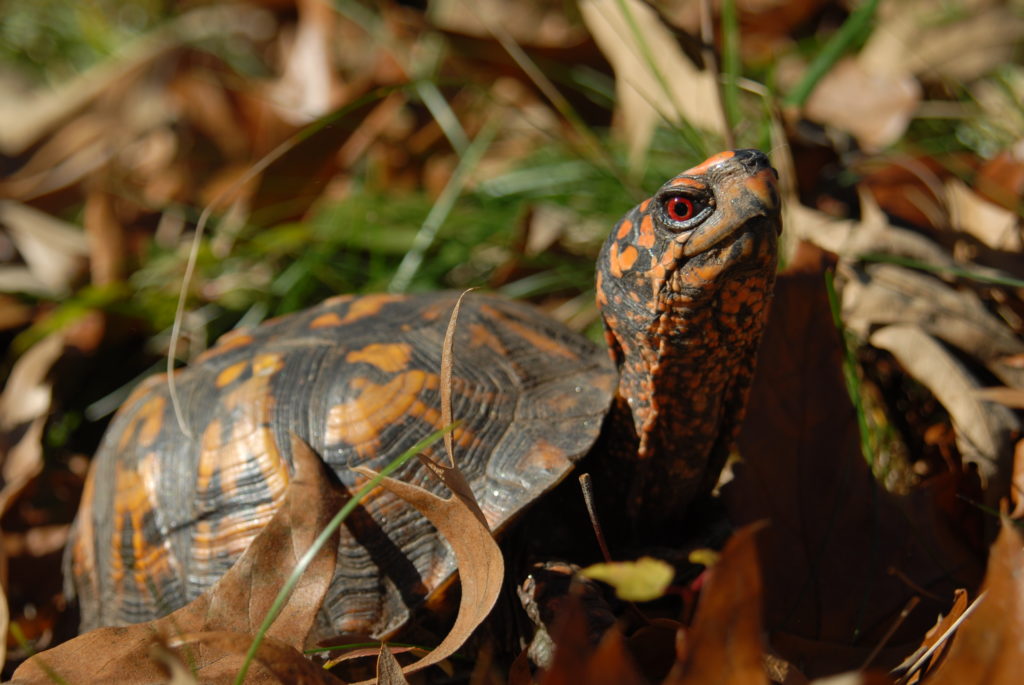 An Eastern box turtle. One of the species the SAFE American Turtles program will focus on. Photo: P.P.van Dijk/GWC & TC

Accredited zoos will help to law enforcement agencies to care for confiscated turtles, but there hasn’t been a formalized process for identifying zoos most ready to take in unexpected confiscations. The uptick in poaching has meant that individual zoos’ capacities to keep up with seizures was becoming exhausted.

“We know we have to build capacity, but we just don’t know how much,” explains Dave Collins, Tennessee Aquarium’s director of forests and animal behavior, who has been assisting wildlife officers with confiscations since the 1970s.

A coalition of zoos, conservation and academic organizations and government agencies came together in February 2020

to serve as a sort of rescue league for trafficked turtles. And it will increase the capacity zoos have to hold confiscated turtles. The band of turtle champions are partners in the Association of Zoos and Aquariums (AZA) SAFE American Turtles program.

SAFE, which stands for Saving Animals From Extinction, protects many species across the planet from the threats endangering their survival. In the American Turtle program, more than 30 partnering organizations, many of them AZA-accredited zoos, are working together to provide emergency care for turtles rescued from wildlife traffickers and release them back to the wild, when and where possible. 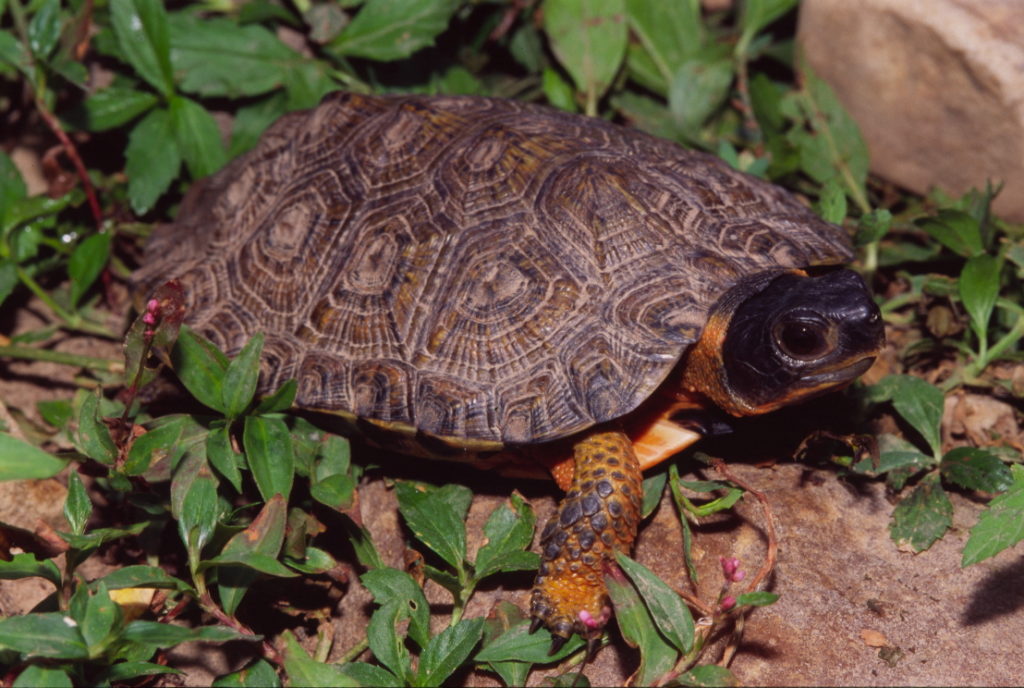 Some of the most commonly trafficked turtles from the U.S. are the Wood Turtle, Bog Turtle, Blandings Turtle, Spotted Turtle and Box Turtle. They are all found in the eastern U.S. Bog turtles are rare, and rarely seen, because they spend most of their time in tunnels in spring wetlands. Wood turtles are known for their amazing sense of direction and mental maps. Spotted turtles have bright yellow spots on their shells, which makes them sought out for and popular in the pet trade.

Hopefully soon, when wildlife officers rescue turtles from trafficking, they can call an American Turtles SAFE Hotline and get immediate help in finding the turtles temporary homes and expert care.

“I kind of got into this because I am the AZA SSP [Species Survival Plan] coordinator for Spotted Turtles,” explains Collins. “It’s very important that the populations we manage in zoos and aquariums are healthy and genetically appropriate to support field conservation projects when the opportunity arises.”

In addition to making breeding recommendations for Spotted Turtles living in accredited zoos and aquariums across North America, he’ll also be “building a bridge from confiscation to conservation” for wild turtles.

Turtles that fall victim to wildlife trafficking and poaching may be forced into unnatural, stressful and dangerous settings that could kill even the most resilient reptiles. The most common way to smuggle turtles out of the United States to other countries where they are sold as food, pets and for traditional medicine (though they have no medicinal values or properties) is by mail. In those situations the turtles likely don’t have access to food, water or the very specific temperatures and humidity levels necessary to keep them healthy. When they become stressed their immune systems can start to shut down.

“They can go into an imbalance,” explains Collins. “Many animals carry normal parasitic loads, but they can get out of balance and the parasites overwhelm them.”

A major goal of the SAFE program is to create a rapid response to confiscations that mobilizes AZA’s network of zoos, ideally near their natural climate zones. Once the legal case involving the turtles is closed, the turtles may be able to be released or join conservation programs that support wild populations.

Just because experts can identify a species of turtle does not mean they can pinpoint where it came from. Each of the five turtle species American Turtles SAFE is protecting can be found in many different states throughout the northeast. Correctly identifying which state, let alone which specific body of water a turtle came from, can be nearly impossible.

“Usually, with trade confiscations we don’t even know what state they’ve come from,” says Peter Paul van Dijk, senior associate with Global Wildlife Conservation and field conservation programs director for The Turtle Conservancy, a partner in SAFE. “If we do know where they came from, where they were poached, that’s actually very helpful because that way we know exactly where they have to go back to.”

If herpetologists can identify where a turtle came from, they can also help direct anti-poaching and monitoring efforts to specific sites from further attacks. American Turtles SAFE is partnering with researchers involved with developing genetic libraries of northeastern turtles. That will allow them to compare genetic samples from confiscated turtles to the DNA of turtles known to live in different areas and decide where the turtles may be released. 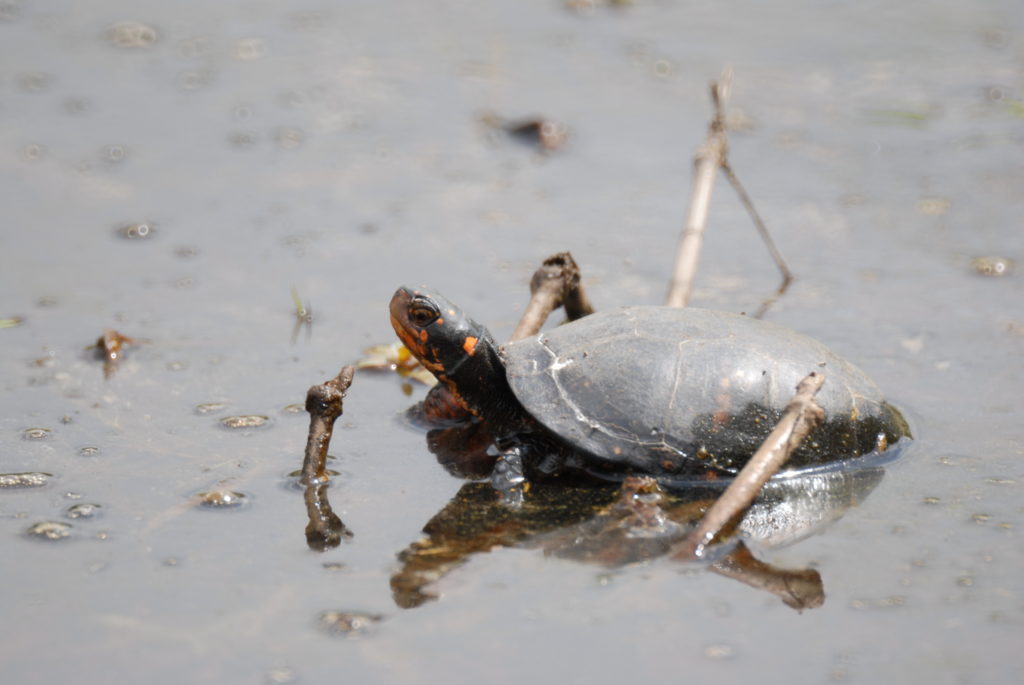 The Future of Turtles

Although turtles from the U.S. are poached for the wildlife trade, they are not yet being collected to the point of imminent extinction. State wildlife agencies work to intercept trafficked turtles before they get to ports leaving the United States. And the closer to the turtles’ original homes they are found, the easier it is to place them back in the wild.

“Compared to many other parts of the world, in the United States we have the luxury of still having many strong turtle populations to preserve,” says Collins.

Poaching, however, is not their only threat. Habitat destruction as a result of human activities is a much more pervasive threat for many turtles. But people can help turtles living in their areas.

“There are still turtles living close to humans and we want to keep it that way,” says van Dijk. “All they need is for us to give them some space.”