From getting the right permits, to determining the right time of year, to traversing rough terrain in treacherous weather, to figuring out where to look, the search for lost species can, at times, present an impossible challenge. And sometimes when an animal is found, determining with 100 percent certainty that it’s the lost species in question can require some patience.

That is especially true when the species in question is still a tiny tadpole.

Wildlife biologist Enrique La Marca and team have been monitoring amphibians in the Venezuelan Andes since the 1990s, soon after a number of frog species started mysteriously vanishing. Now we know that those disappearances are largely the result of a deadly fungal pathogen that has swept across the Neotropics, likely in addition to the effects of climate change and habitat destruction.

La Marca and his team have been hopeful that some of these species that were once abundant may somehow begin to rebound if they are not already extinct. They have not only maintained their regular annual monitoring program, but have launched targeted expeditions for species such as the lost Scarlet Harlequin Toad (Atelopus sorianoi), one of our 25 most wanted lost species.

This January, a team that had set out to do routine amphibian monitoring unearthed a few dozen tadpoles that turned out to belong to Jahn’s Tree Frog (Hyloscirtus jahni), a species that was last scientifically documented in March of 1991. 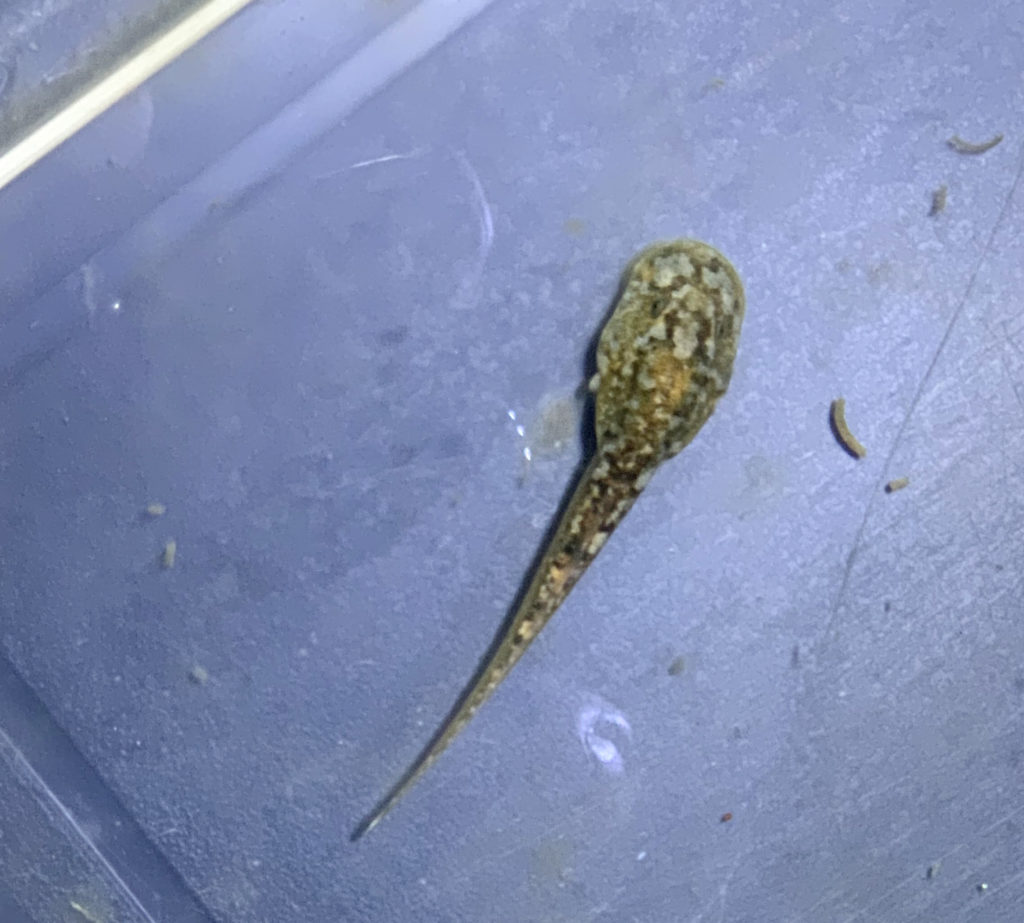 “The finding of Jahn’s Tree Frog is a major discovery for conservation science, since this is the first time in decades that the species has been seen,” says La Marca, who is executive director of the Rescue of Endangered Venezuelan Amphibians (REVA) conservation center. “It also illustrates that while some species of tree frog here are doing fine, others have vanished from the ecosystems without anyone really noticing or raising the alarm. We need to better understand what is happening to these species so that we can best protect them.” 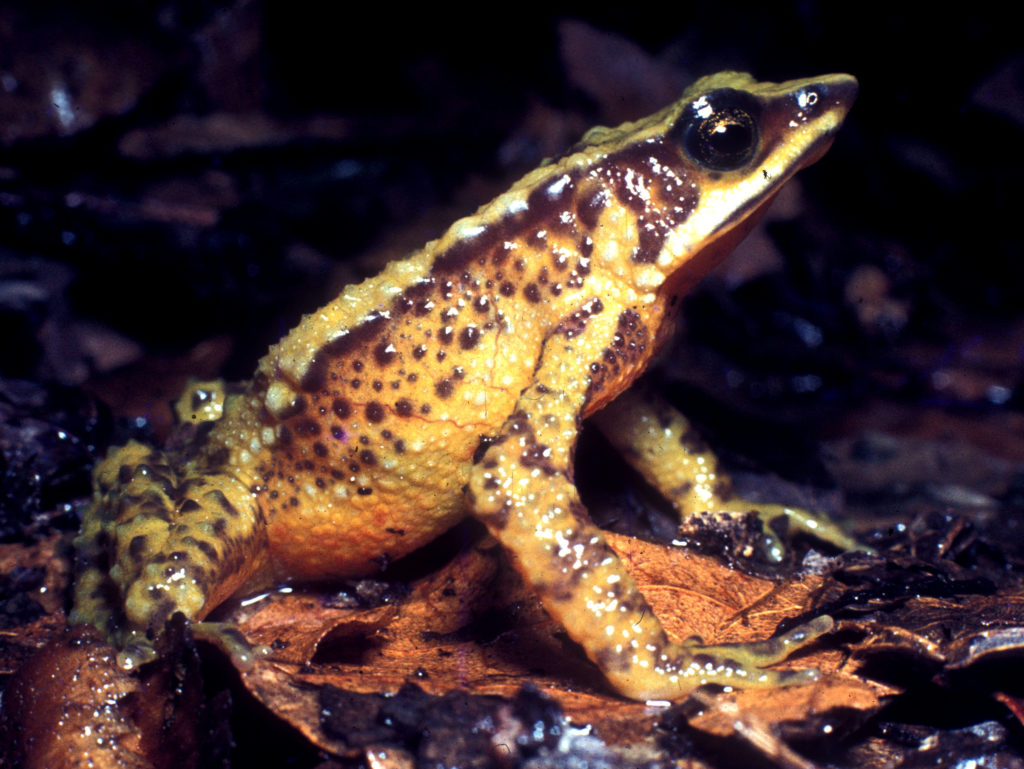 Only known photo of a Mérida Harlequin Toad. (Photo by Pascual Soriano)

“Every rediscovery of a lost harlequin toad is a unique opportunity to help solve the mystery of chytrid—why some species and even individuals are surviving it, and how we can use that knowledge to protect those that are left,” said Lina Valencia, Global Wildlife Conservation’s Colombia conservation officer and coordinator of the Atelopus Survival Initiative. “Harlequin toads are a beautiful and charismatic group that is in critical condition. More than ever, these amphibians, which often have tremendous cultural value across Latin America, need our help.”

In Venezuela, Mérida Harlequin Toads were once so abundant that locals could see hundreds at once during the breeding season, painting the streambanks yellow, red and orange. Younger generations today have no memory of that, La Marca said, so part of what would make the rediscovery of the Mérida Harlequin Toad special would be the opportunity to inspire young people by sharing with them one of their country’s jewels.

“Even though we didn’t find the Mérida Harlequin Toad at this time, at REVA we are not dismayed,” La Marca says. “On the contrary, finding this lost species has fueled our enthusiasm to intensify expeditions to find our lost harlequin toads, including Mérida and the Scarlet Harlequin Toad.”

The REVA team will continue to raise the Jahn’s Tree Frogs they collected, protecting them from their inhospitable home. When the researchers returned to the same place where they had collected the tadpoles just one week later, the pool they had collected them from had completely dried up, underscoring the threat of the dry conditions to amphibians across the region. 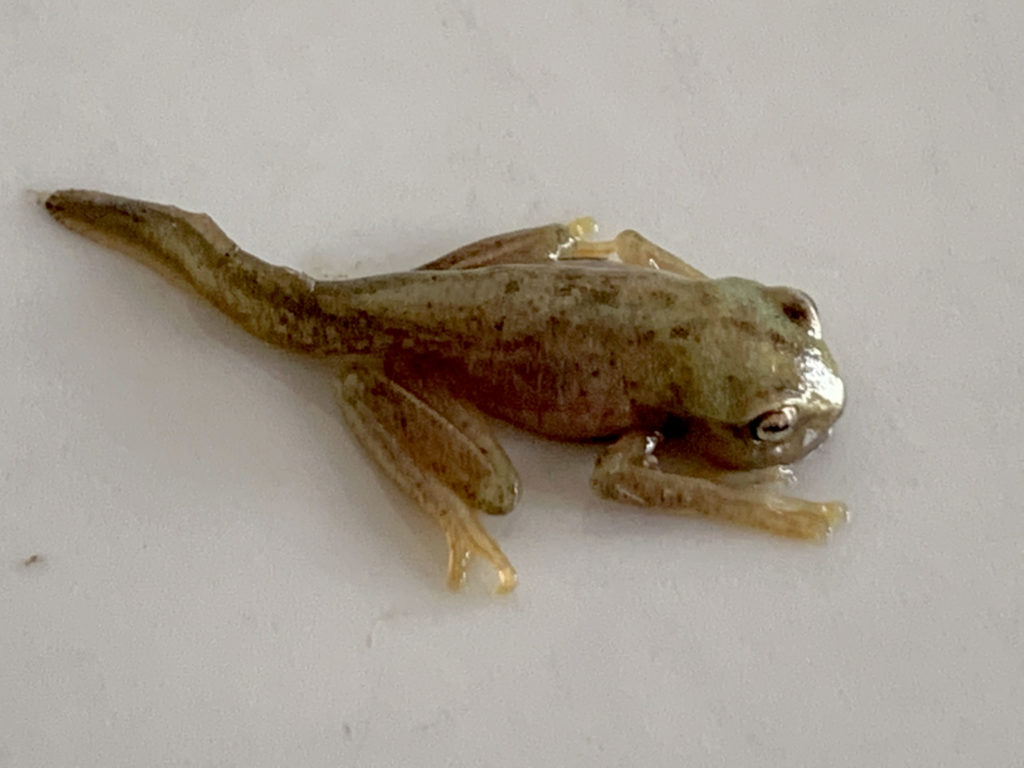 In the meantime, they will launch a number of expeditions in search of the Mérida Harlequin Toad, thanks to funding from Josh’s Frogs. And when he is able to safely visit with local communities in a post-pandemic world, La Marca plans to start a conservation program that involves training locals to keep an eye out for the toad.

“In all of these years that we’ve been monitoring populations of amphibians, we haven’t given up hope, and we don’t intend to do so now,” La Marca says. “Now we have a twofold challenge: to find the still-missing Mérida Harlequin Frog, and to rescue the now-found Jahn’s Tree Frog. We will continue to fight against the odds to find and conserve these animals, which are an important part of Venezuela’s incredible natural heritage.”