This Tiny Lost Frog is an Unexpected Success Story

As the end of October fast approaches, one of Brazil’s smallest and most Halloween-appropriate residents has made a splash onto the scene. After a century of uncertainty, a lost species of pumpkin toadlet has been spotted again in the Nova Friburgo Municipality, in the state of Rio de Janeiro, and we now have the clearest picture yet of how it looks and lives. Though it isn’t among Global Wildlife Conservation’s 25 most wanted lost species, the rediscovery of this tiny frog is nonetheless a great success story for wildlife conservation in the region.

Measuring no more than two centimeters in size, the pumpkin toadlets are among the world’s smallest frogs and, thanks to its bright orange-yellow colorings that make it a dead ringer for a miniature pumpkin, an altogether more appreciable sight at this time of year. They were originally called toadlets because of their warty appearance that makes them closely resemble their cousins, but they aren’t actually toads at all. Like other vividly colored amphibians, the orange-yellow skin of pumpkin toadlets serves as a warning to predators of their toxicity. They have also recently been discovered to have visibly fluorescent bones, which may be used as signals to other animals. 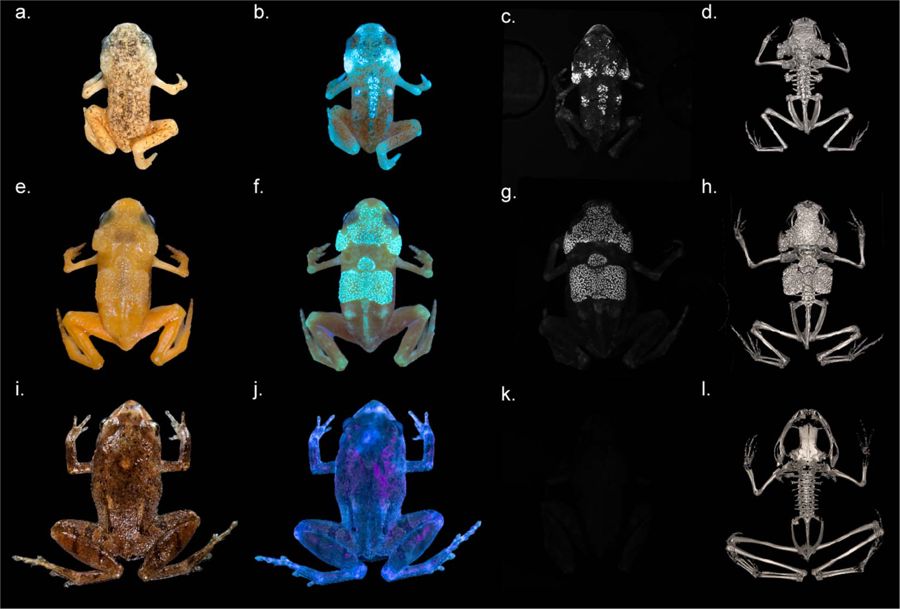 The most well-known and widespread species of pumpkin toadlet is Brachycephalus ephippium, which lives exclusively among the forest floors of southeast Brazil, particularly its Atlantic Forest. Not much is known about most of the frogs and toads in the Brachycephalus genus, including the pumpkin toadlet B. bufonoides, which was loosely described from just two specimens in the early 20th century. But earlier this year, an expedition to Nova Friburgo led by biologist Manuella Folly confirmed that B. bufonoides still exists, marking the first time this species has been reported since 1920.

The expedition team didn’t originally set out to look for this particular species. In fact, they were searching for another species of pumpkin toadlet, B. garbeanus, in the Environmental Protected Area (APA) of Macaé de Cima to collect more information for their records. A state guard, Leon Veiga, was instrumental in leading the team to the frogs by way of a trail going through the area. It was only on a rainy day that the team spotted B. bufonoides upon hearing its call, since pumpkin toadlets don’t like dry and sunny conditions. Despite their tiny size, they could be easily identified on the ground because of their bright yellow color, although Folly says they didn’t initially realize they had found a separate species, let alone one that had been lost for so long.

“Actually, I never thought about this. I was not hoping for anything ‒ it was really above my expectations,” says Folly, who is a postdoctoral student at the National Museum of Brazil. She says it is likely that some locals were already aware of these little yellow frogs but didn’t know that they were a lost species. 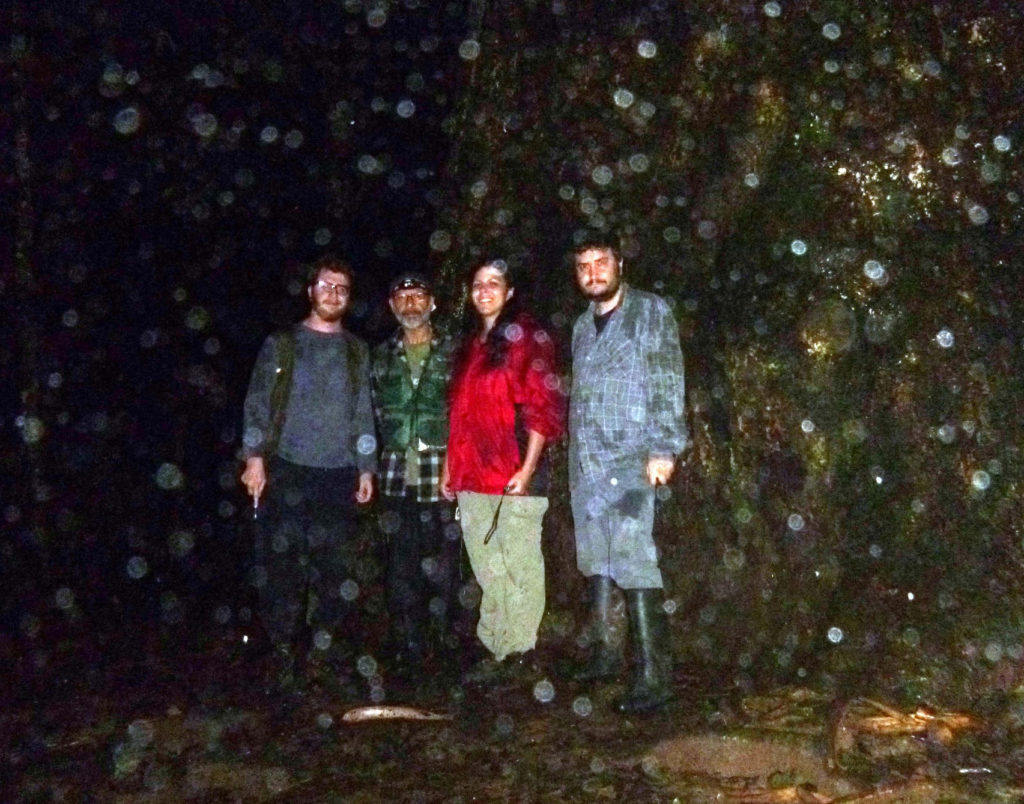 The team that rediscovered the lost pumpkin toadlet. (Photo courtesy of Manuella Folly)

Folly’s supervisor José Pombal at the Federal University of Rio de Janeiro recognized that this frog wasn’t the pumpkin toadlet the team were originally trying to find, leading to efforts to uncover whether it could be another distinct species. By carrying out morphological  analyses, the team was able to confirm that they had indeed found the lost species B. bufonoides. Some of the new physical details they unearthed about these pumpkin toadlets include a head and back with extra layers of bone (a feature called hyperossification, which is common in some frogs) and a distinct call males make to attract females--the call has a higher number of pulses, higher pulse repetition rate, higher dominant frequency, among others features.

Folly doesn’t think that the species is currently under threat as she managed to spot almost 20 frogs in the one area she studied. The expedition’s promising find spurred a second visit, this time including Pombal, which uncovered even more B. bufonoides individuals. For the time being, the protected status of APA Macaé de Cima will probably shelter the species from extreme habitat changes such as deforestation.

This should be easily confirmed by more expeditions to the area, says Folly, as well as to other nearby locations that might also house populations of pumpkin toadlets.