Hydropower projects threaten their lives, livelihoods and identity. These heroes are fighting back.

Take a sip of water from Bosnia and Herzegovina’s Neretvica River and you will find yourself not only irrevocably connected to the people of the Neretvica Valley river community, but you will also be imbued for life with extraordinary courage.

So the saying in the community of Klis goes. These days that mythology seems much more fact than fiction as residents of the community—whose sense of identity, nobility, peace and liberty are all wrapped up with the health and integrity of the river on which they live—are courageously rising up against the construction of small hydropower projects that otherwise promise to lay waste to the Neretvica River, their home.

“There is no danger that would prevent us from taking to the streets and defending our river, not a pandemic or anything else,” says Mirela Sarajlić, who grew up on the Neretvica River and is the secretary for an association of citizens called ‘Neretvica—Let me flow freely’. “The river is our lifeline, the main aorta of our being. We were raised to love and care for the river. My heart is full of hope and faith that we will come out of this fight as winners.”

And as one headline after another around the world announces the next apocalypse caused by humans’ destructive relationship with nature—from the deadly pandemic to catastrophic fires to superstorms—this small community is demonstrating how the celebration and safeguarding of our integral connection with nature can save our planet, to the benefit of all life on Earth.

The River is Life

The Neretvica River is one of the main tributaries of the Neretva River, the famous Balkan river known for its emerald green color. Neretvica flows through 60 villages and 100 hamlets and is home to dozens of fish species and spawning habitats. It flows within the Mediterranean Basin Biodiversity Hotspot, known for its globally important wildlife biodiversity.

And yet since 2006, it has faced the looming—and illegal—threat of 15 small hydropower projects that would dam the river and bring with it an influx of human activity that will destroy not only the river, but the forested areas around it, depriving local communities of clean drinking water and threatening their livelihoods. Investors of these projects argue that hydropower can help Bosnia and Herzegovina (BiH) meet its goal of 40 percent renewable energy (which is the highest target in Europe) to get the country a step closer to joining the European Union. But small hydro plants in BiH only produce around 3 percent of the country’s annual energy.

“Clearly small hydropower is not renewable given its devastating impact on the ground,” says Marsela Pecanac, founder of Atelier for Community Transformation - ACT. “We are destroying some of Europe’s richest places in terms of biodiversity under the guise of renewable energy and to generate only three percent energy in a country that is actually exporting electricity. There’s absolutely no rationale to be doing this.” 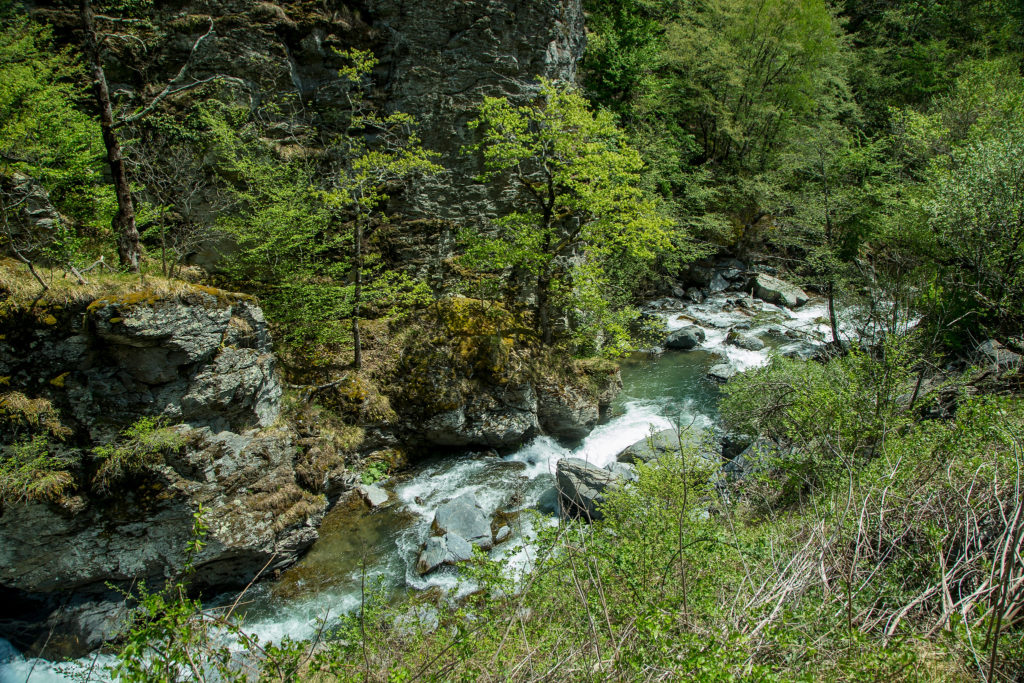 When a few members of the Klis community first heard about the dams in 2006, they immediately took action, visiting the nearby Vrbas River to document as a warning for their community the destruction that small hydroelectric power plants wreak. At that time the proposal for Neretvica River included 17 small hydropower projects, but because of the environmental impact, investors couldn’t get the funds for the projects. They scaled it back to 15 projects, then two. Then the investor went quiet…until February of this year.

Mirela was at home in February of 2020 when she got a phone call informing her that construction of the small hydropower dams in her community’s section of the river was slated to begin imminently. Like many residents of the community, she spent much of her childhood on the river, visiting every day, learning to swim there and playing games with friends. She says she cried when she got the news.

And then she got to work.

“If the projects moved forward, I can’t even imagine,” Mirela says. “We would lose everything. People would not be able to stay and live here. It would become a desert. Our people will give you anything, but if you touch something sacred to us, we will protect it with our life. The river is sacred to us. We will give our lives, but not the river. We will not give them our river.”

The community held their first mass protest on the Neretvica River, with more than 1,000 people, in February, preventing any construction vehicles from getting anywhere near the river. Mirela and others had started talking to community associations of fishermen, hunters and farmers, bringing together seven total associations dedicated to the fight for Neretvica, who showed up to demonstrate their support. The unified association got a meeting on the books with the Municipal Council in Konjic, but it was stalled by COVID-19 restrictions, and before they knew it, construction vehicles showed up yet again, this time to set up a sign indicating the start of construction work. Seventy locals showed up to create a human blockade and escort the vehicles away.

The most recent protest took place in June when the community learned, yet again, that construction machines were moving in to start the construction. Former politician Edhem Bičakčić joined the investors, unsuccessfully trying to avoid the more than 100 protestors who showed up with little notice to create another blockade.

The investor still hasn’t even been able to put up the construction notice sign, activists on the ground report.

15-year-old community activist Ali Sarajlić has been involved in all of the local protests against the construction of small hydropower plants on the Neretvica River. (Photo Amel Emric)

“From the beginning I have believed that we would save the river, that they would not put it in a pipe,” says one of the youngest community activists, Ali Sarajlić, who wore a t-shirt opposing the small hydropower construction when receiving an award from the municipal authorities for his role in fighting a forest fire that had broken out. “I am so glad to be here now, to defend the river in the same way I defended the forest. I hope that the politicians understand that when united, we can do anything. That this is a struggle for all rivers, for water, both in BiH and in the world. We want to send a message to the whole of BiH to wake up. Rivers connect us.”

A Bosnia to Believe In

For Lejla Kusturica, an activist from Bosnia and director of Foundation Atelier for Community Transformation – ACT , the story unfolding in the community of Klis demonstrates the best of her home country, whose citizens have largely lost hope, are tired of injustice, corruption and a dearth of opportunities—and are still traumatized 25 years after the end of the Bosnian War. Most of Kusturica’s friends have even left the country, she says.

“When I joined those protests in June, I saw a Bosnia I believe in and I don’t see that very often,” Kusturica says. “It is the Bosnia that I am fighting for, where people stand together, where we see our diversity as our richness, and where we want to protect this beautiful portion of the planet we were given. I think the only way for us as peoples living here is to unite and protect a dignified life—and that includes our natural resources. What these local activists are doing is absolutely contagious.”

Instead of small hydropower projects, local community members want to use the natural beauty of the Neretvica River to help support their economy. They are renovating 15 beaches to entice tourists. They aim to renovate an old mill to turn it into a museum dedicated to the battle for Neretvica. They plan to build two mountain cottages upstream to connect ecotourism opportunities on the river to ecotourism in the mountain. And they see solar power as the best option for renewable energy. 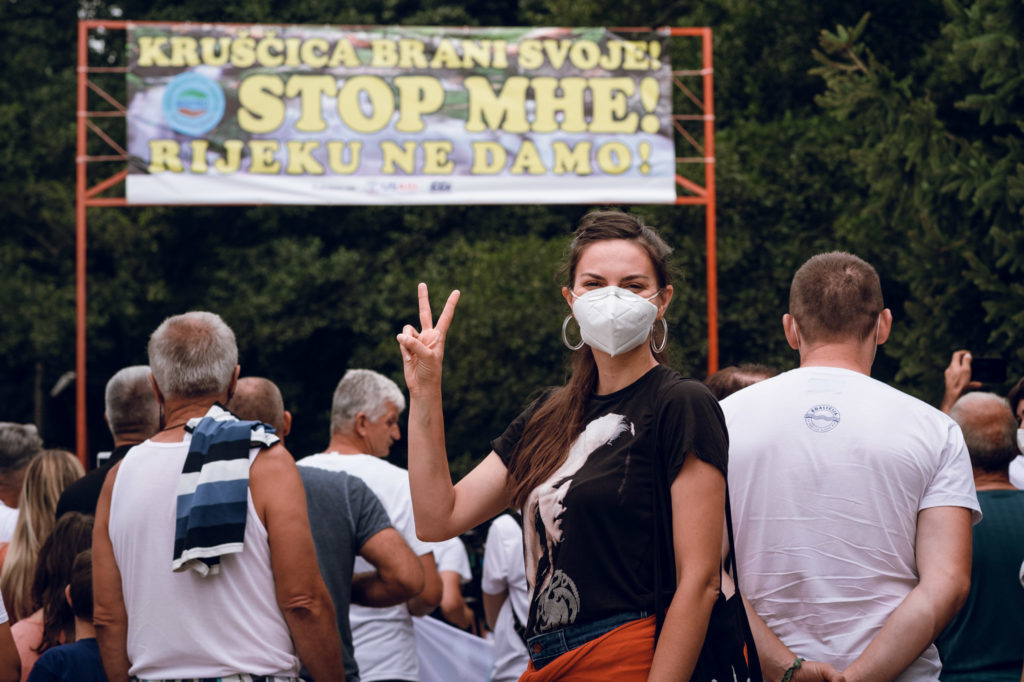 Activist Lejla Kusturica, director of Foundation Atelier for Community Transformation – ACT, at a protest against small hydropower projects in the Bosnian community of Kruščica. (Photo by Jakub Hrab/Arnika)

“They are trying to show that there is another way, rather than these destructive small dams that leave nothing behind,” Pecanac says. “We envision that they could be a renewable hotspot, a showcase for what a local community in Bosnia can look like.”

They have also officially joined the Coalition for the Protection of Rivers in BiH, becoming part of a broader movement for rivers in BiH. This includes joining forces with other communities, such as the community of Kruščica, that are taking the same actions, using their bodies to shield their bridges and protect their rivers.

“This has united us in BiH and across the region,” Mirela says. “The victory in Serbia on Stara Planina has made us as happy as if it were our own victory. Any catastrophe on any river is considered our catastrophe.”

There’s another saying around Neretvica: when the last tree is cut down and the last river is ruined, people will see that they are not rich because money cannot be eaten. If that is the case, the community of Klis is fighting to retain their status as one of the richest communities in the world.

Most recently an international coalition of conservation organizations, including Global Wildlife Conservation, have joined the local fight, urging the Federation of Bosnia and Herzegovina to sign into law the resolution to permanently and fully ban the devastating construction of small hydropower plants across this part of the country. 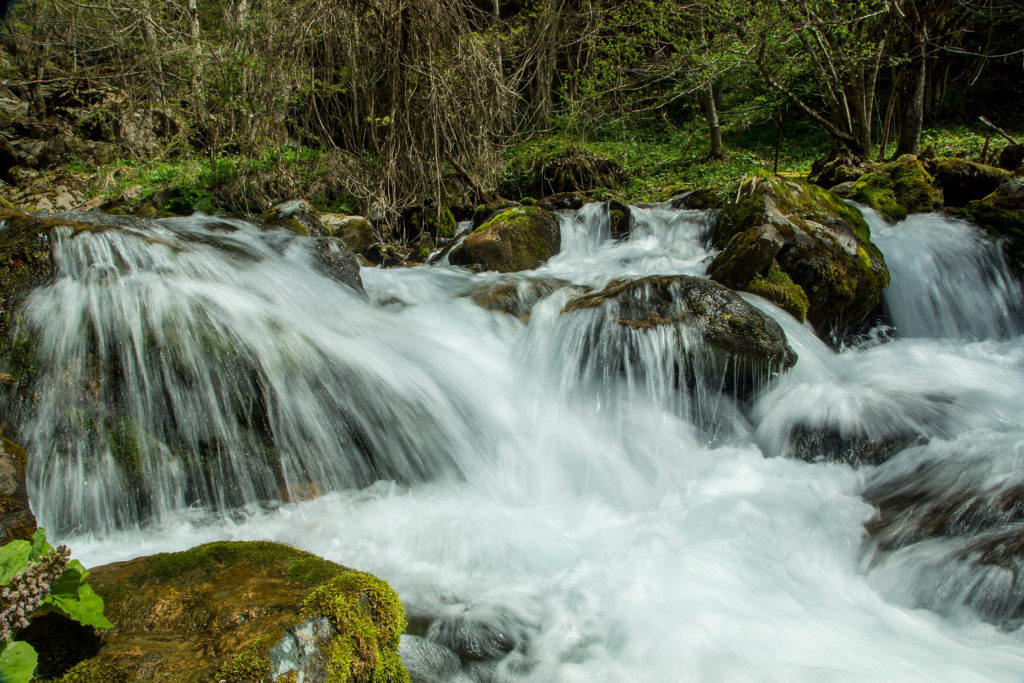 In the meantime, the community will continue its protests and is buying a mobile checkpoint for night shifts to defend the river during the night if necessary. They have hired a lawyer who filed two lawsuits and one administrative dispute against the Ministry of Environment and Tourism of the BiH Federation. They plan to sue the Municipality of Konjic for giving a concession to the investor before changing the spatial land plan, which does not allow for this kind of construction, and for giving those concessions without input from the community.

Neretvica’s activists agree: the fight will go on.

“This is a noble struggle, even though it is difficult,” Mirela says. “We fight for human dignity. We fight not to be evicted from here. We fight for the river.

And the river will be free.”