The jungles of the central Annamites are renowned for their incredible small carnivore diversity: the number of sharp-toothed furry critters roaming these forests should send a shiver of fear down the back of anything rabbit-sized or smaller: and a shiver of pleasure to any tropical biologist who happens to find himself in this corner of Southeast Asia. It’s an impressive list: Yellow-throated marten, Asian palm civet, Masked palm civet, Large Indian civet, Small and Large-toothed ferret badgers, Spotted linsang, Small Asian mongoose, Crab-eating mongoose . . . it’s like a small carnivore celebrity gathering.

But as spectacular as these mammals are, none can compare, in my opinion, to the star of the show: Owston’s civet. 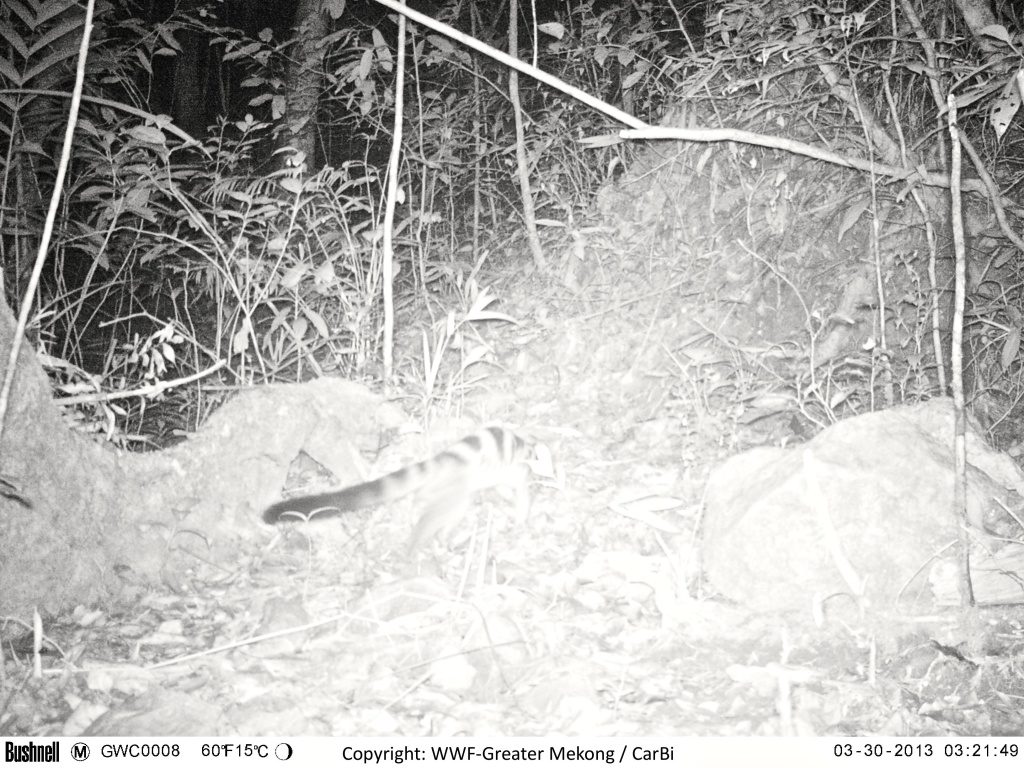 Never heard of a civet? A civet is a small carnivorous mammal similar to a weasel or mongoose. There are many species throughout Asia. Owston’s civet is unique for several reasons. It has an exceptionally small distribution: it is only found in Vietnam, Laos and a small corner of China. For all practical purposes it can be considered an Annamite endemic. It’s also one of the most striking mammals to stalk these jungles: it is slender and muscled, with a buff-colored background coat that is streaked by midnight-black bands that spill down the body and then dissolve into Pollock-like spots and streaks. And it’s as mysterious as it is visually stunning: very little is known of its ecology, distribution, or status in the wild. Most assessments consist of little more than best guesses from biologists working in the region. The species is currently listed as Vulnerable by the IUCN, which, at one step away from Endangered, means that it’s not doing great. In a region where wildlife trade flourishes, the days of this small forest phantom are numbered.

Fortunately, there are still areas in the Annamites that seem to support decent numbers of this species, though these havens are increasingly rare. I picture them as remnant species-pools fast evaporating in a scorching desert landscape. A new study, published in the journal Small Carnivore Conservation, and which is co-authored by yours truly, indicates that the semi-evergreen forests of western Xe Sap might be the last area in the central Annamites to support a healthy population of this elusive small carnivore. For those readers bold enough to step into the somewhat stuffy prose of scientific literature, the full paper can be accessed here. But the short summary is this: Camera-trapping work from western Xe Sap captured a surprisingly high number of Owston’s civet photos. In fact, during the year-long study, Owston’s civet was the most commonly photographed small carnivore, surpassing even run-of-the-mill species such as Asian palm civet and Crab-eating mongoose. These high encounter rates confirm what biologists had observed from other parts of the species range: that Owston’s civet is a terrestrial species that, unlike other small carnivores such as Spotted linsang, spends most of its time on the ground. This trait probably makes it more susceptible to snaring. 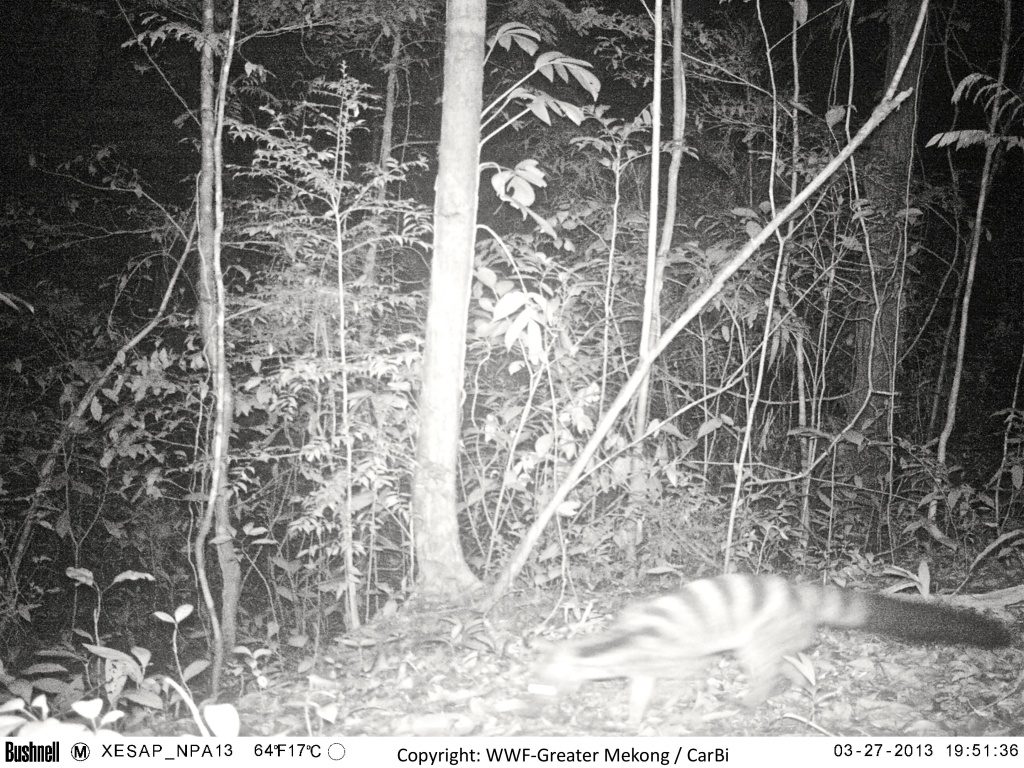 The most important insight, in my opinion, comes from the fact that if Owston’s civet is present in an area, it should be relatively easy to detect by camera-trapping. Therefore, if it isn’t detected given a reasonable survey effort, it is likely that the species is at such low densities that it is almost extirpated, or that it isn’t there. And this insight has profound implications: In more than 15,000 camera-trapping nights in the Hue and Quang Nam Saola Nature Reserves, WWF failed to detect Owston’s civet, despite the fact that this area was historically in the range of the species. In other words, it seems plausible that it’s gone. Another victim of the relentless snaring that has decimated wildlife populations in Vietnam. And so Xe Sap might now be the last and best hope for the survival of this remarkable species in the central Annamites. Let’s hope that we can hold on to it.

This blog post was reprinted from Saola blog: https://saolablog.wordpress.com/