The Kakī Gets a Larger Love Nest

The Black Stilt (Kakī) is the backcountry adventurer of the wading bird world. After all of its friends have left New Zealand's Southern Alps for the winter, the Kakī shelters in place, toughing out temperatures as low as minus 20 Celsius. It's the only non-migratory wading bird that breeds in this high country region. 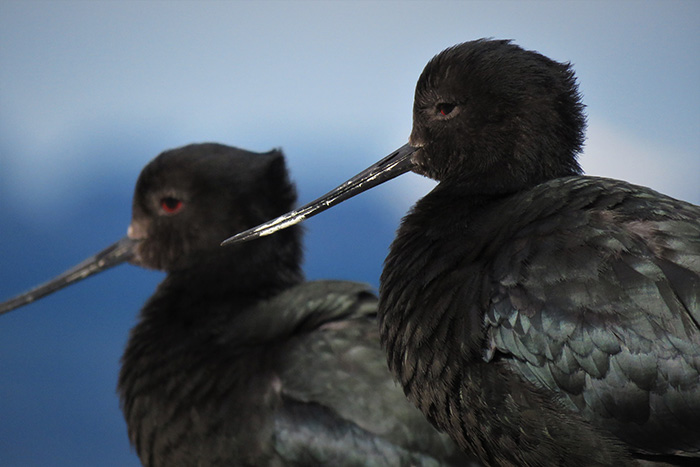 While the Kakī's survivalist skills have protected it from extreme weather, predators such as non-native introduced stoats, ferrets and feral cats are another story. With just 129 Kakī left in the wild, they've become the world's rarest wading bird. This proud bird needs some protection, and thanks to newly expanded housing at the Department of Conservation's captive Kakī breeding program, they're getting more support than ever.

In late 2019, the DOC opened a new brooder room for hand-rearing chicks. This complements the new aviary for juvenile Kakī that opened in 2018. Together the new facilities more than double the number of birds that can be hatched and housed. That could mean up to 60 extra birds released into the wild each year. 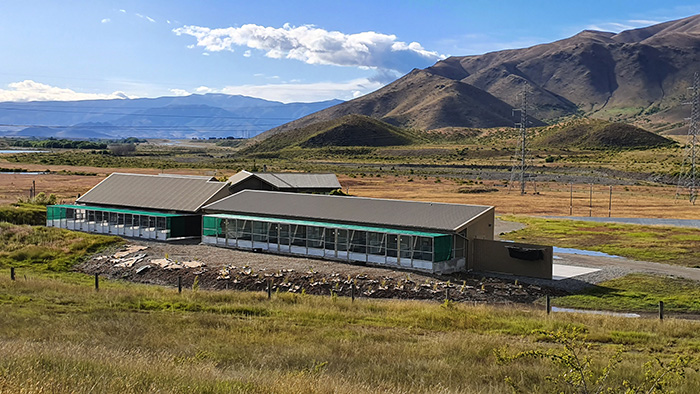 The new brooder room has allowed the DOC to rear 30 more chicks than previously. (Photo by Liz Brown/New Zealand Department of Conservation)

GWC, through the generous support of the Sheth Sangreal Foundation, funded the majority of costs for the facilities, which are located in the South Island's Mackenzie Basin. Brian Sheth, founder of the Sheth Sangreal Foundation, is a long-term supporter of conservation work in New Zealand through GWC. The breeding program is part of the Te Manahuna Aoraki Project, which GWC also supports. This large-scale conservation project aims to restore the iconic landscapes and threatened species of the upper Mackenzie Basin and Aoraki/Mt. Cook National Park.

"Ninety-eight percent of today's wild Kakī population was reared in captivity. They would be extinct without intensive conservation efforts," says Liz Brown, DOC aviculturist. "We can't thank GWC enough for funding this new infrastructure. This added capacity is critical to further increasing the population." 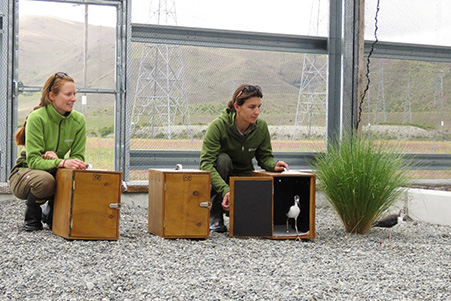 Staff from the DOC release the first Kakī chicks into the new aviary. (Photo by Liz Brown/New Zealand Department of Conservation)

The aviary and brooder room are built to support the program's short-term goal of releasing large numbers of birds into the wild and its long-term goal of creating a self-sustaining wild population. The DOC's program started in 1981 when there were only 23 wild Kakī.

The 2019-2020 breeding season kicked off in September with adults laying eggs in the wild, followed by chicks hatching from October through January. The eggs are collected and artificially incubated, and the resulting chicks are now being hand-reared in the brooder room. Flooding and weather fluctuations drove a lot of chicks to the brooder at once. But the new room meant Brown's team was ready. At peak capacity they had 78 chicks – 30 more than they could've reared the season before. 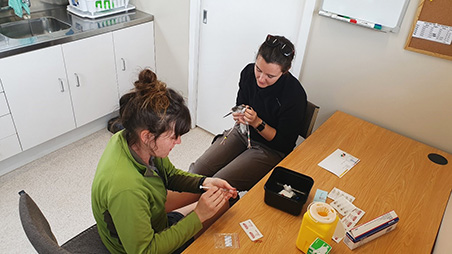 DOC staff puts bands on the first Kakī chicks to use the brooder room. (Photo by Liz Brown/New Zealand Department of Conservation)

The brooder room uses design innovations to increase staff efficiency. For example, the room contains two sets of plastic brooder tubs on wheeled trolleys. Chicks are raised in groups of up to six, and staff are able to move these groups of chicks directly into a clean tub after their morning weigh-in. The soiled tubs can then be wheeled away for cleaning later in the day when staff have time.

"We can complete our morning routine in about half the time," says Brown, who used her 11 years of DOC experience to sketch floorplans and work with an architect to turn vision into reality. "It's so nice to be working in a purpose-built, modern facility."

The design improves not only efficiency but also hygiene. The new double-tub system cuts down on the number of times staff must handle the chicks. Reducing handling is important for both preventing disease spread, and for producing birds that are fit for the wild and aren't habituated to humans. The main room also has more space to clean equipment and to house the chicks farther apart to prevent disease risk. 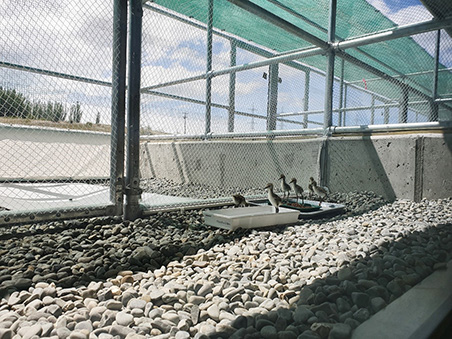 These Kakī chicks were the first in the outdoor rearing aviaries of the new brooder room. (Photo by Liz Brown/New Zealand Department of Conservation)

After the chicks are hand-reared for 35 days, they'll get bands and go to the aviary until August, when they'll be released into the wild. The new aviary can house 45-60 more juveniles than the old facility – up to 180 maximum.

The new aviary offers a safe and spacious home for the young Kakī, with free-flowing ponds, soft net walls and 3.5-meter-high ceilings to develop strong flight muscles. It is also modular, with partitions that can be made smaller or larger to adapt to each season's group. 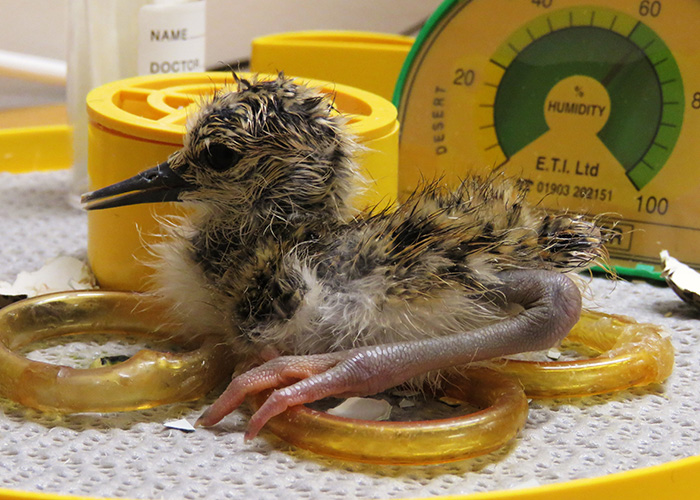 The Kakī are definitely feeling relaxed and comfortable in their new place.

"They love to dig up weeds and toss them onto their dinner plates," Brown says. "And they start chasing each other when the breeding season is near right before we release them, just as they would in the wild. They are curious and funny birds - and we are determined to save them."