The Call of Hope

For biologist Mauricio Akmentins, hope arrived not in the form of a promising discovery out in the jungle, but instead through his headphones during a break at a workshop for park rangers and biology students. What he heard break through the forest sounds he had recorded recently in Argentina’s Calilegua National Park shocked him — a soft call with the same dominant frequency as that of a marsupial frog (Gastrotheca christiani), a family of frogs that had seemingly suddenly vanished from Argentina in the ‘90s.

Akmentins and colleague Martín Boullhesen are unabashed marsupial frog nerds, and this recent discovery of a “funny thing” calling (as Akmentins describes it), while still unconfirmed as a marsupial frog, has helped fuel the pair’s excitement for their ongoing search for these species. In 2011, Akmentins and team rediscovered La Banderita Marsupial Frog (Gastrotheca gracilis), the southernmost marsupial frog species, missing to science since 1991. Later, in 2013 the team also found this species in Campo de Los Alisos National Park, outside of its historic range. For the last 10 years, Akmentins has been in search of two other lost species of marsupial frogs, so far with no luck: Baritú’s Marsupial Frog (Gastrotheca chrysosticta), missing since 1993, and Calilegua’s Marsupial Frog (G. christiani), one of the Search for Lost Species’ top 10 “most wanted” lost amphibians and missing since 1996. 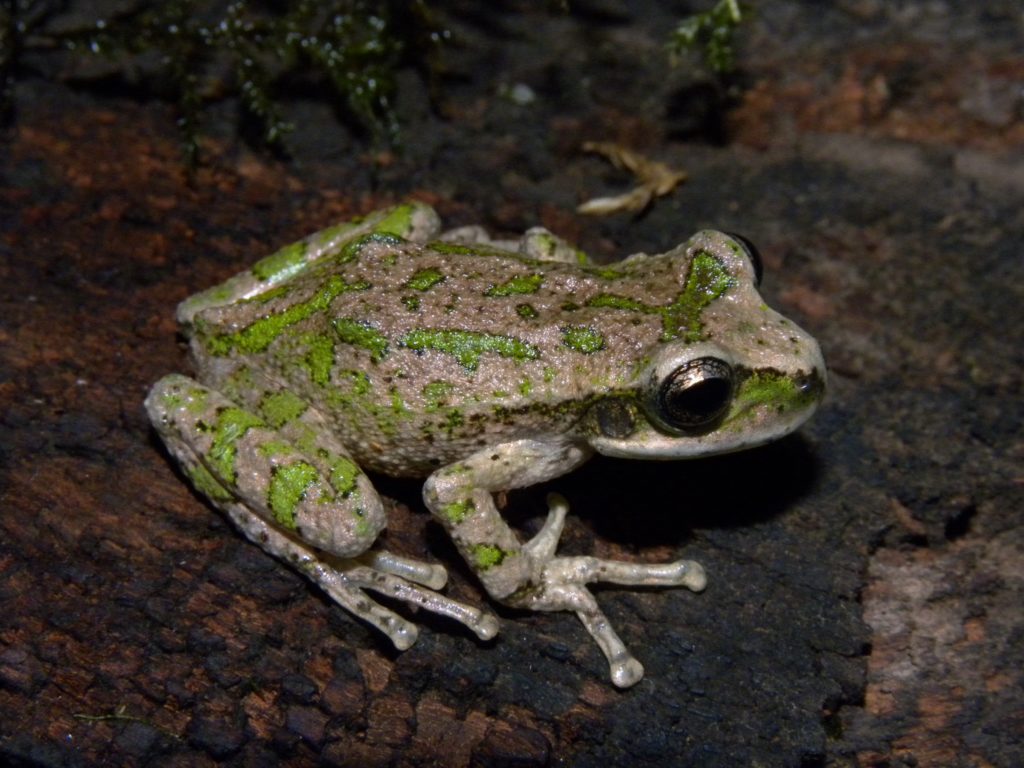 But the new recording may indicate that the team’s luck is about to change. Although the call is shorter than the traditional mating call of a marsupial frog and it was recorded during the day (marsupial frogs are thought to be nocturnal), it is the first hint of anecdotal evidence that Calilegua’s Marsupial Frog — which is endemic to Calilegua National Park and was once found where this call was recorded — may still be out there.

When Akmentins and Boullhesen answered the question about what they find most fascinating about marsupial frogs, they respond immediately, in unity, and as though the question need not even be asked:

“They are marsupial frogs!”

What makes marsupial frogs particularly unique is how they rear their young. Instead of laying eggs in water where tadpoles hatch, males place eggs in the female’s marsupial pouch. The eggs hatch and develop into froglets in the pouch. Because they don’t rely on water for development and the tadpoles stay with the adults in the tree canopies of the montane forests where they live, even when marsupial frog populations were more abundant, individuals were difficult to find. 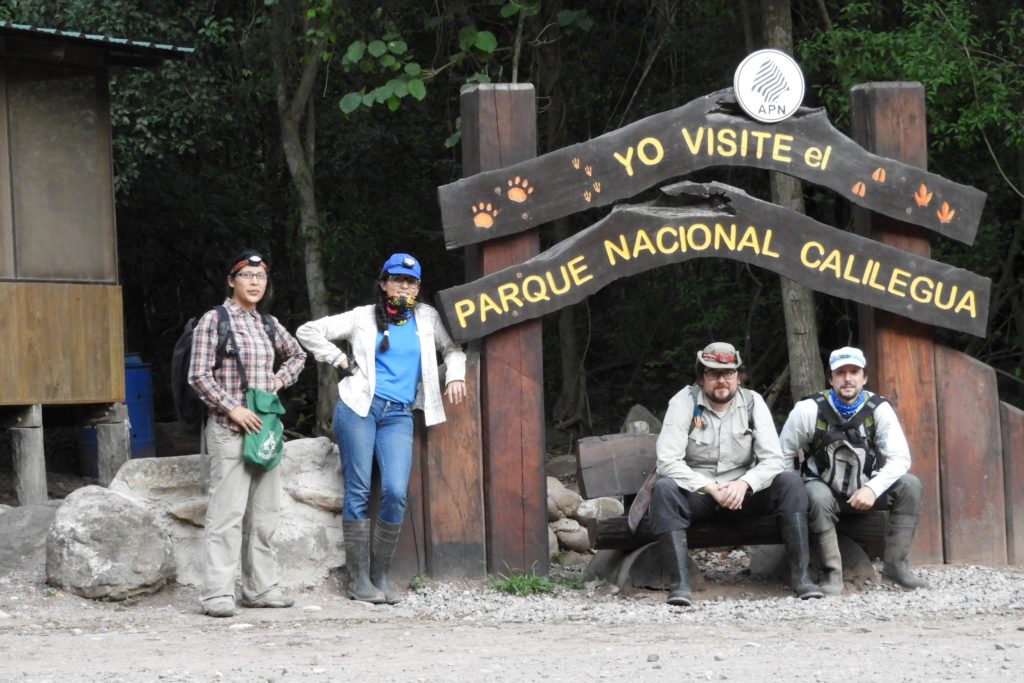 Akmentins and Boullhesen on the far right on a recent field expedition. (Photo courtesy of Martín Boullhesen)

But they were once easy to hear and watch every September in Calilegua National Park, Akmentins says, at least until 1996 when the calls suddenly stopped. While biologists are still trying to piece together the puzzle of what happened to the frogs, they suspect a complex combination of threats that has devastated amphibians across the Neotropics, including habitat loss, the deadly amphibian pathogen chytridiomycosis, and climate change.

The rediscovery of Calilegua’s Marsupial Frog would elevate the species to a flagship for conservation not just within the park, which is home to more than 25 amphibian species, but for Argentina more generally, which is a global amphibian hotspot with 177 total amphibian species. Akmentins and Boullhesen are already drafting a conservation action plan for Calilegua’s Marsupial Frog, which would include as a first step enforcing protection of the national park and establishing a long-term monitoring program to evaluate the current population status of this species.

But first they have to find the frog.

Since obtaining the first “funny thing” recordings with older equipment, Akmentins and Boullhesen have deployed top-of-the-line recording equipment (with help from The Rufford Foundation) with multidirectional microphones coupled with data loggers in strategic locations in the park in hopes that they’ll get a more definitive marsupial frog call — and one they could use in the field to spur a call back. They’ll be checking the recordings from the “frogloggers” monthly and using software recognition to help analyze the data. 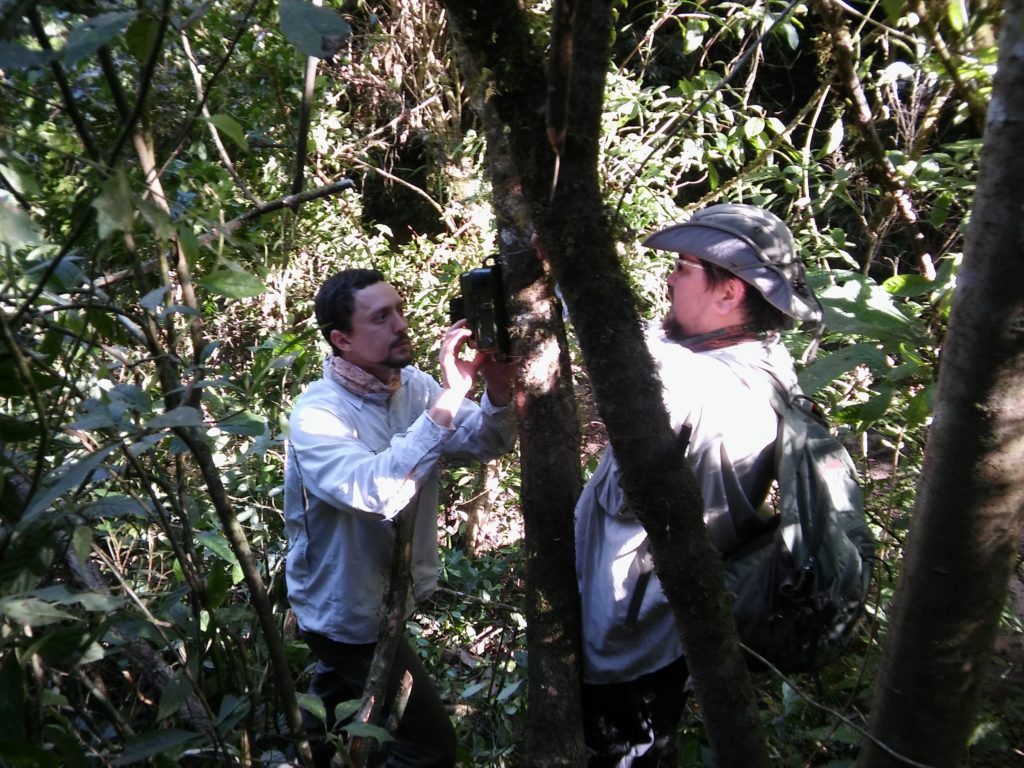 “With this new equipment, we’ll be able to tell where and when and how frequently this frog is calling, which we hope will lead us to it in the field,” Boullhesen says. “This is going to be the key to our searches going forward.”

Getting a frog in hand will require field work that is often grueling — on steep slopes, in cold and rainy weather, alongside ticks and mosquitoes and snakes — but Akmentins and Boullhesen say despite the challenges, they enjoy the adventure that comes with being in the field. They’re also trying to get other eyes — and ears — out in the park. The pair has been holding workshops and training park staff about what to look and listen for while out on patrol. This was particularly helpful in May of 2017 when they received the first sign of the “funny thing” from a cell phone recording provided by a Calilegua National Park firefighter. They’re also working with the birding community, which includes nature enthusiasts who are among the most adept at picking out calls through the din. And they’re helping to educate visitors about the incredible amphibian biodiversity as part of a citizen science program they are implementing. 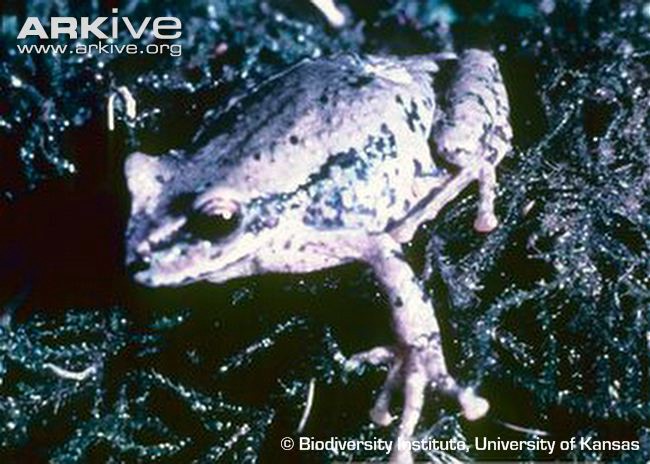 The lost Baritú’s Marsupial Frog is also on the team’s list of lost marsupial frogs to find.

“Local people and tourists have no idea that we have this kind of amphibian diversity within the park,” Boullhesen says. “They just go to see some birds, or go hiking, or do other activities that are really nice, really enjoyable, but they don’t know about these amazing amphibians all around them. How can they care about them if they don’t even know they exist?”

If the pair does rediscover Calilegua’s Marsupial Frog in the months to come, in addition to aiming to swiftly implement a conservation action plan, Akmentins says he is going to get a tattoo of the spectrogram of the species’ call on his arm.

The spectrogram of the “funny thing” Arkmentins heard in his headphones. (Photo by Mauricio Arkmentins)

“If we find the species, I want to be able to remember that call all my life,” Akmentins says. “It would be one of the most epic moments of my life.”

We’ll be following Akmentins and Boullhesen on their search for the lost Calilegua’s Marsupial Frog as it unfolds. Check back here for updates!