Rebounding from Hurricane Otto in Nicaragua’s Most Ecologically Sensitive Rainforests

November 24, 2016, is a day I will never forget. While many in the United States were sitting down to enjoy Thanksgiving Dinner, I was hunkered down with my forest patrol team in Nicaragua as Hurricane Otto lashed the rainforests around us. We received news of the hurricane via satellite communication about 12 hours before it was predicted to hit land—and we were already deep in the heart of the Indio Maíz Biological Reserve in southeastern Nicaragua, in the middle of an expedition to evaluate the illegal advance of cattle ranchers and land traffickers. Our only option was to find a “safe” place and try to survive as the category 2 storm passed directly over us. We observed firsthand the power of a hurricane, and when the winds had passed, our beloved Indio Maíz Reserve was torn apart.

We do not yet have formal estimates of the damage, but our initial observations while walking out of the heart of the reserve on Nov. 25 and 26, combined with extensive photos from overflights via helicopter and plane, suggest that the area of affected forest is extensive. Indio Maíz is one of the largest tracts of lowland tropical rainforest left in Central America and an area of critical importance for a number of threatened and emblematic species, including Jaguars (Panthera onca), Baird’s Tapirs (Tapirus bairdii), and White-lipped Peccaries (Tayassu pecari).  The response of Nicaragua’s natural resources authorities to the hurricane over the next few months will determine whether Indio Maíz continues to be a vital safe haven for the biodiversity it harbors, or if its future will be one of continued—and irrevocable—disaster. 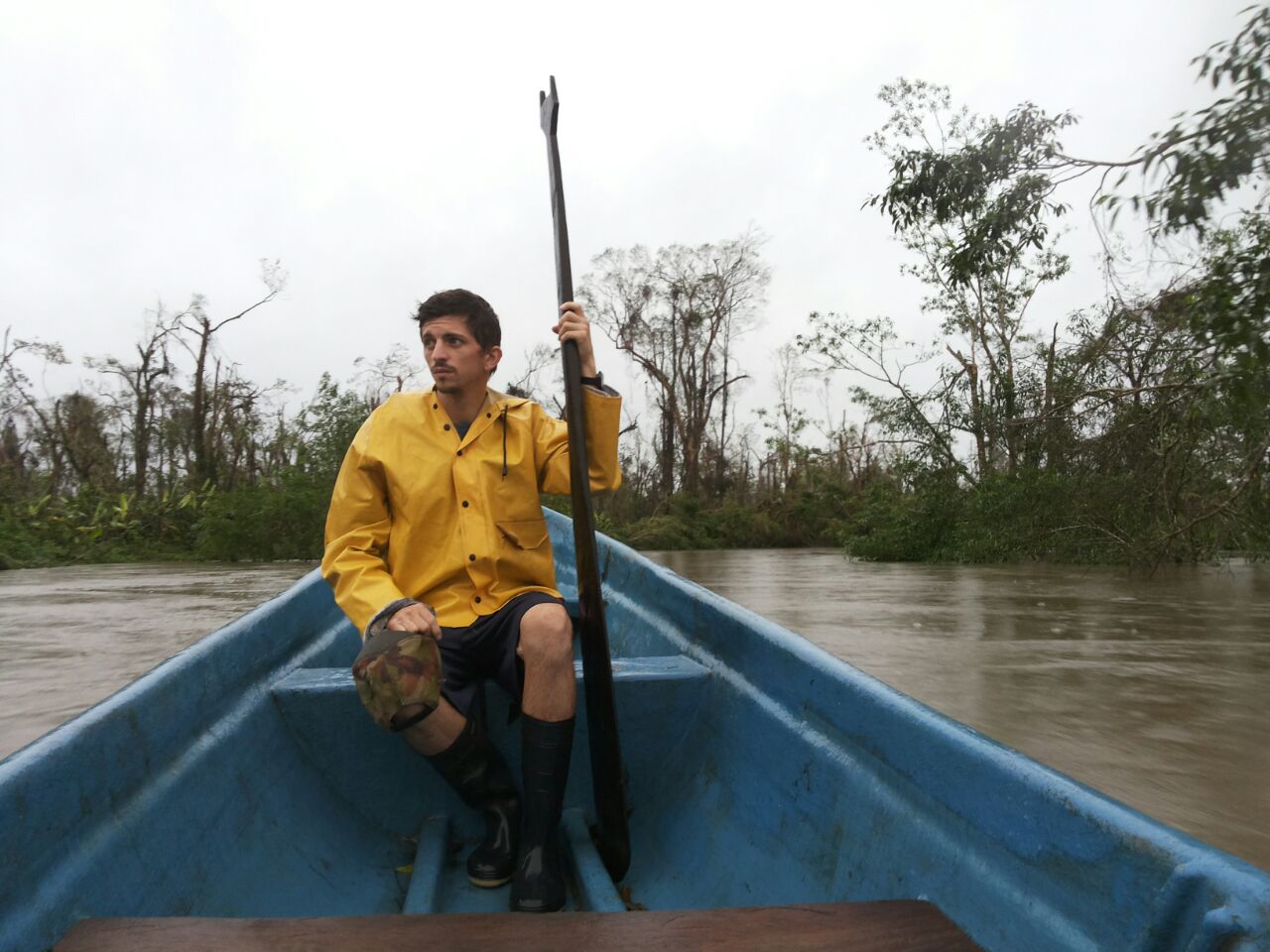 Looking ahead actually requires that we look back in time at Nicaragua’s two other recent large and well-documented hurricanes: Category 4 Hurricane Joan (1988 with >250 km/h wind gusts), and Category 5 Hurricane Felix (2007 with >250 km/h winds). The responses to these events offer cautionary tales that can help us re-build in a way that limits ecological and cultural damage: 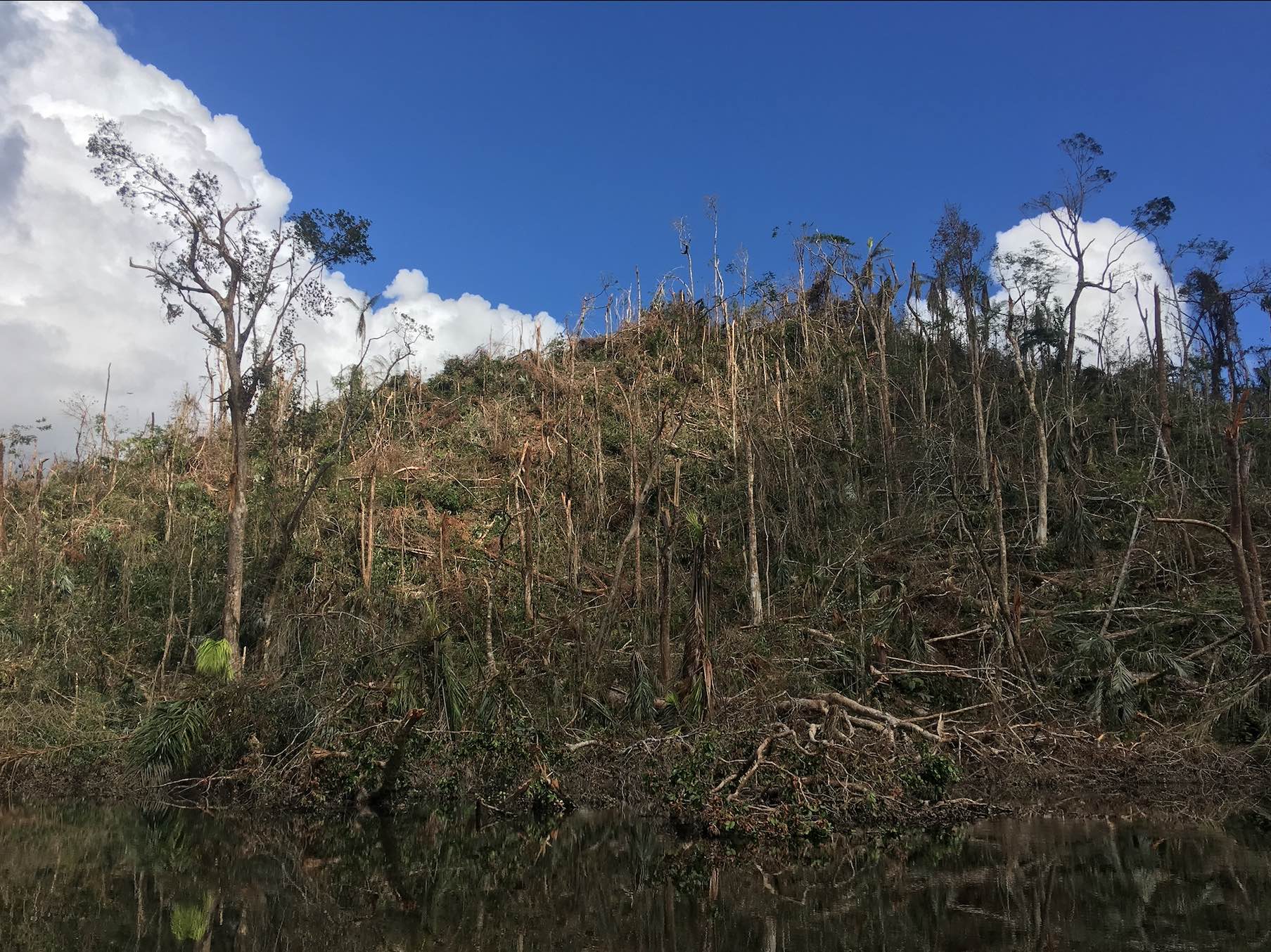 Tcucaracha Hill in Indio Maíz is one of the most significantly damaged locations. Very few trees were left unscathed by Hurricane Otto. (Photo by: Camilo De Castro Belli) 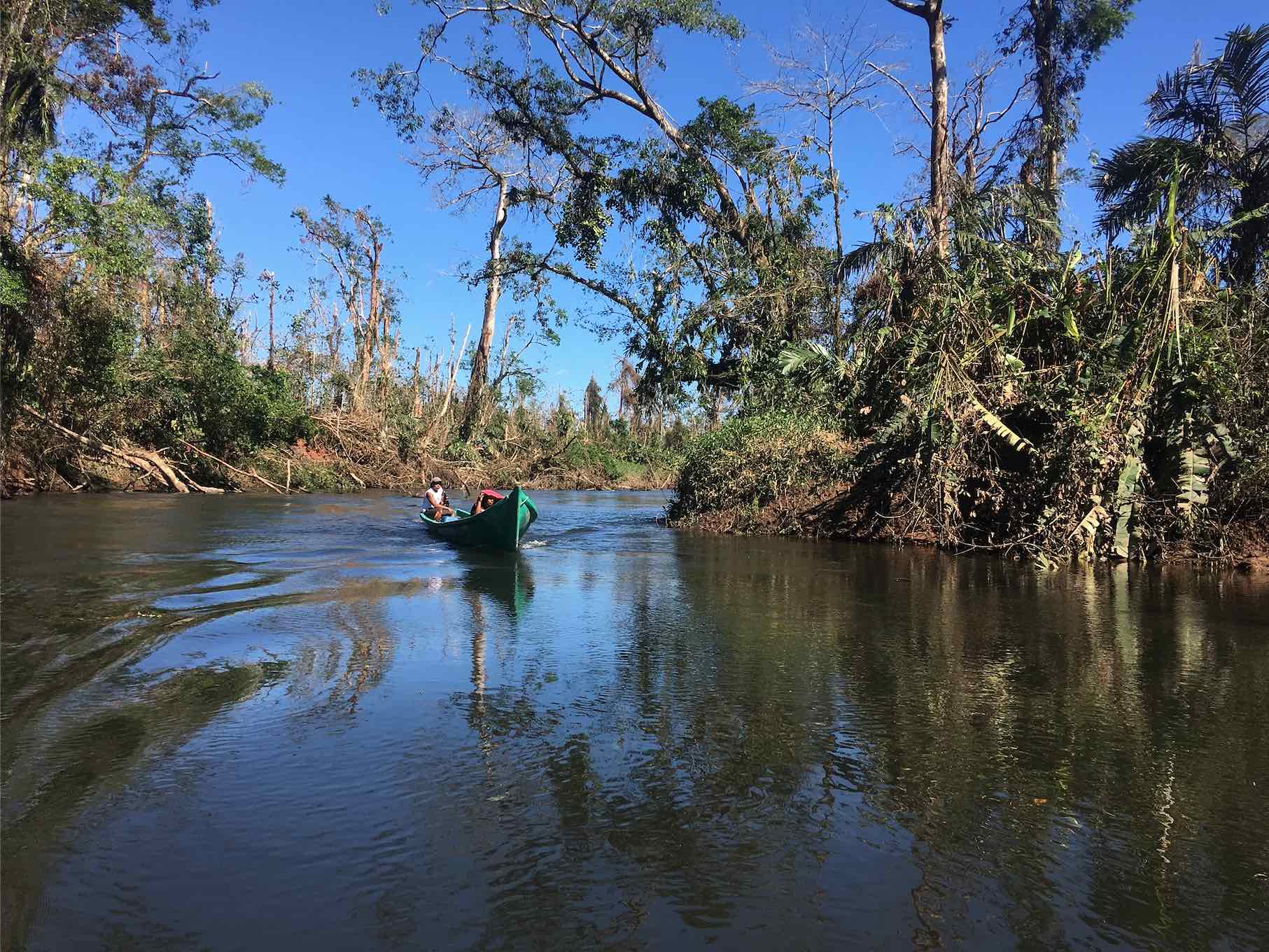 Although primary forest obligate wildlife species, especially birds and bats, may suffer in the short-term after Hurricane Otto, we are optimistic that Indio Maíz will remain a core area for a host of threatened, endangered and emblematic species. Based on studies that looked at past hurricanes in Nicaragua, it seems that we can expect that within five years, Indio Maíz’s canopy will once again close completely and the understory will become “as dark as in a primary forest” (Vandermeer et al. 1996). Hurricanes have caused a cycle of destruction and regrowth that have historically shaped the Caribbean forests of Central America. Some researchers have even proposed the theory that hurricanes help preserve biodiversity in forests. That means that Hurricane Otto in and of itself is not the death of Indio Maíz. In fact, if authorities work with local people to prohibit salvage logging and prevent the colonization of the reserve and its permanent conversion to cattle pasture, Hurricane Otto will instead mark a type of rebirth for this critical cog in the Mesoamerican Biological Corridor.