In 2016, Jessa Garibay, project manager at the Centre for Sustainability, helped lead a team of partners to successfully secure Palawan’s largest critical habitat designation to protect one of the world’s most irreplaceable areas for unique and threatened wildlife. Cleopatra’s Needle Critical Habitat safeguards 100,000 acres of forest and a diverse community of wildlife, including the Palawan Hornbill, Palawan Forest Turtle, Palawan Bearcat, Palawan Monitor Lizard and Palawan Pangolin. The new reserve also protects two rare rediscovered amphibians that were thought to be lost to science for more than 40 years, the Palawan Toadlet and the Malatgan River Caecilian.

As a result of these efforts, Garibay is the 2016 Sabin Amphibian Conservation Prize winner. We had a chance to catch up with Garibay about what drives her passion and what this award means to her:

Q. How did you develop your passion for wildlife?

A. Having been born and raised in Palawan–the Philippines’ last frontier–it is quite impossible not to fall in love with nature, and the beauty and benefits it brings. However, I was not one to go exploring and sightseeing when I was growing up. I just knew it was there and, perhaps, many times have taken it for granted! When I took up biology for my degree, I developed a deeper connection to my immediate environment as I got up close and personal. Nature and the wildlife in it had more meaning as I developed a deeper understanding of how things co-exist and are interdependent to each other. Being based in Palawan, nature is your big learning and PLAYING ground! Every nook, every bend of the rive, hides many interesting creatures waiting to be discovered and noticed. 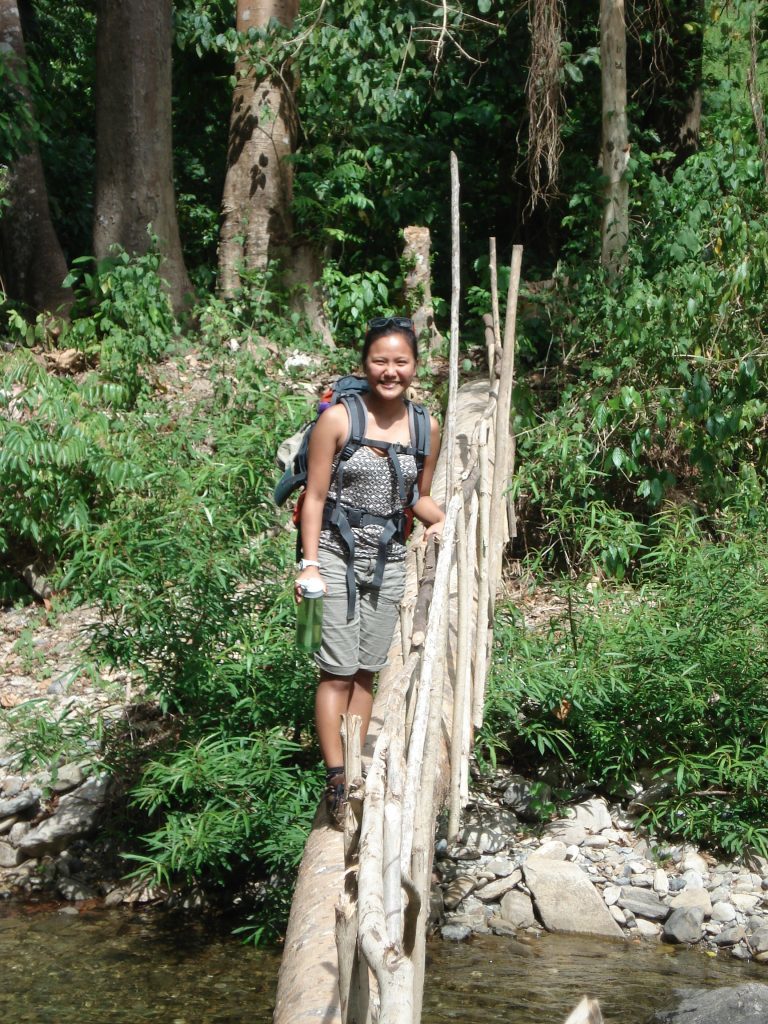 Q. What is your favorite part of working in the field?

A. My favorite part of being out in the field is being aware that I do not know much, and what I know is incomparable to what the indigenous peoples know about the environment! I will always be in awe on finding how a small plant or animal plays a big role in nature, especially to the communities that live near it. Also, being able to see the spectacular views and the interesting species found in it adds to the thrill of working outdoors. I have also worked with scientists who were very generous with their knowledge, and so I look forward to every encounter to learn and be inspired by them. Furthermore, working outdoors also means being in contact with its real ‘heroes,’ the indigenous peoples who have been living in harmony with nature since time immemorial. Their amount of respect and richness in tradition around the forests fuels me to do this type of work.

Q. What is the most rewarding part of your job?

A. Having the access to see the jewels of my hometown’s forest is probably the most rewarding part of my job. Additionally, having been given the opportunity to translate what I observe and experience into telling stories to children, or providing valuable information to community leaders, or to lobbying to government officials, is such an amazing chance to share how much beauty and diversity there is in Cleopatra’s Needle. I think it is one thing to know and be informed, but being able to become an instrument to share this knowledge and simplify it for the younger generation is an important task and vital to increasing people’s appreciation and participation in conserving the environment. For me, it is always a rewarding day when I see one of the community member’s eyes sparkle because he/she has learned something new from me, or if I pointed out something good that they are doing that we acknowledge as a big help for conserving wildlife. 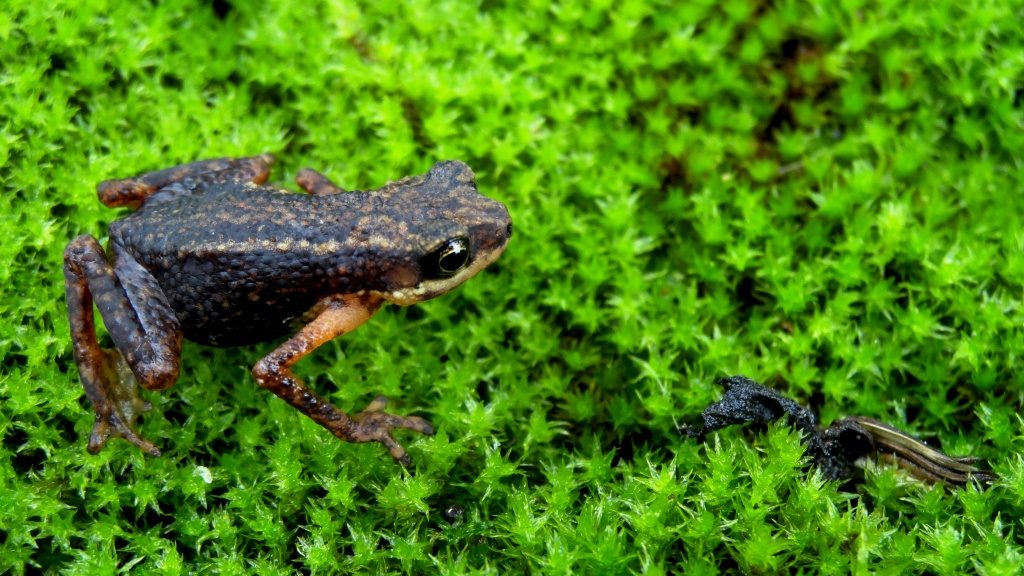 The Palawan Toadlet is a rare species. It had only been seen once in the 40 years before its rediscovery during a biodiversity survey carried out in late 2014 and early 2015 in Cleopatra’s Needle. (Photo by Jessa Belle B. Garibay)

Q. What do you love about amphibians in particular?

A. To be honest, I was not a fan of amphibians while growing up because there were so many myths around it. In the Philippines, they say that if you touch toads, you will get warts…or in some worse stories, you will go blind! It is so horrifying that you would want to stay away from them when you are young and have not yet discovered that all these myths are totally incorrect. I am very lucky to have met and worked with amazing and experienced herpetologists who are very seasoned when it comes to identifying species and providing in-depth information; they really increased my interest in such creatures.

What I love about amphibians is that they are almost the unsung heroes of the forests. Going back to the myths I mentioned, some may attribute them to negative things, but they provide so much benefits for all of us. What I love about them is that they are like a string that ties the environment: good indicators of environmental health, key role in the food chain, important in nutrient cycling and more! Plus, I think it worth mentioning that they come in different sizes and colors, and make different sounds, which adds up to their fascinating distinctions! 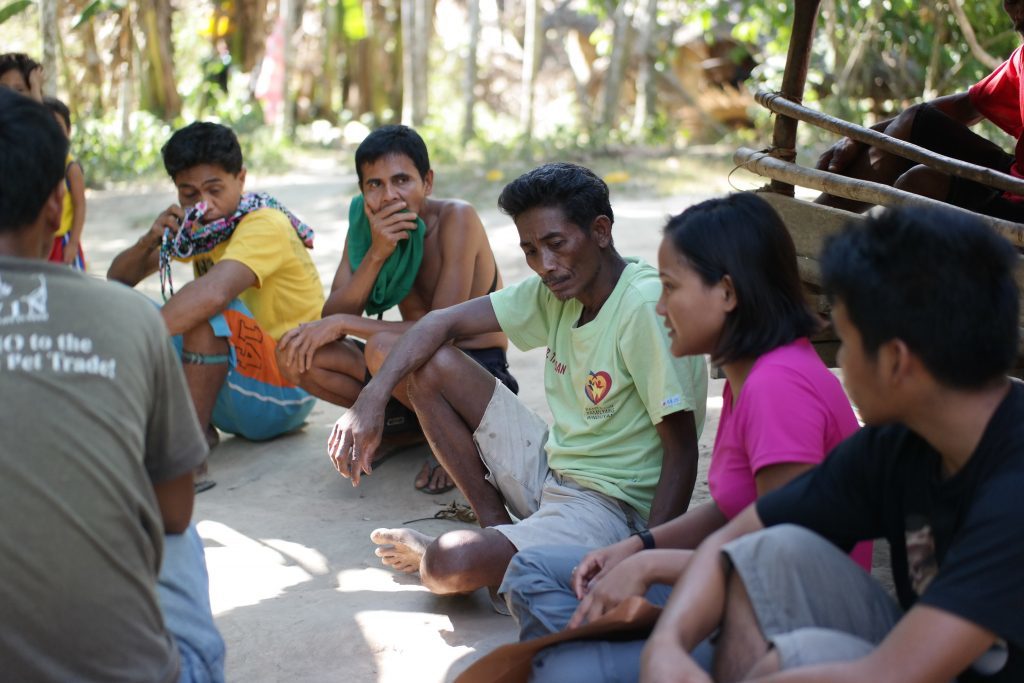 Q. What does this award mean to you?

A. This award means that you do not have to be the smartest or the brightest student, researcher or lobbyist there is in your field. You just have to be who you are and be really good at it. You also have to be true to what you care about, and know that there are people who are there to help you pursue your interests. I don’t consider myself an expert on anything, especially when it comes to wildlife, but one thing I am certain about is that this award affirms that my hopes of being an instrument to conserve the remaining forests of the Philippines–especially of Palawan–are becoming a reality.

Most importantly, this award signifies that a tremendous amount of work can be achieved when people work together to reach a common goal. I am sharing this award with all those who helped in the declaration of Cleopatra’s Needle as a Critical Habitat: those who wrote the proposals, communicators, scientists, photographers, community leaders, government officials, individuals, and to everyone who supported the protection of this environmental gem. This award is definitely not an individual win but an affirmation to those who have contributed–in ways big or small–to the project that Centre for Sustainability took part in. 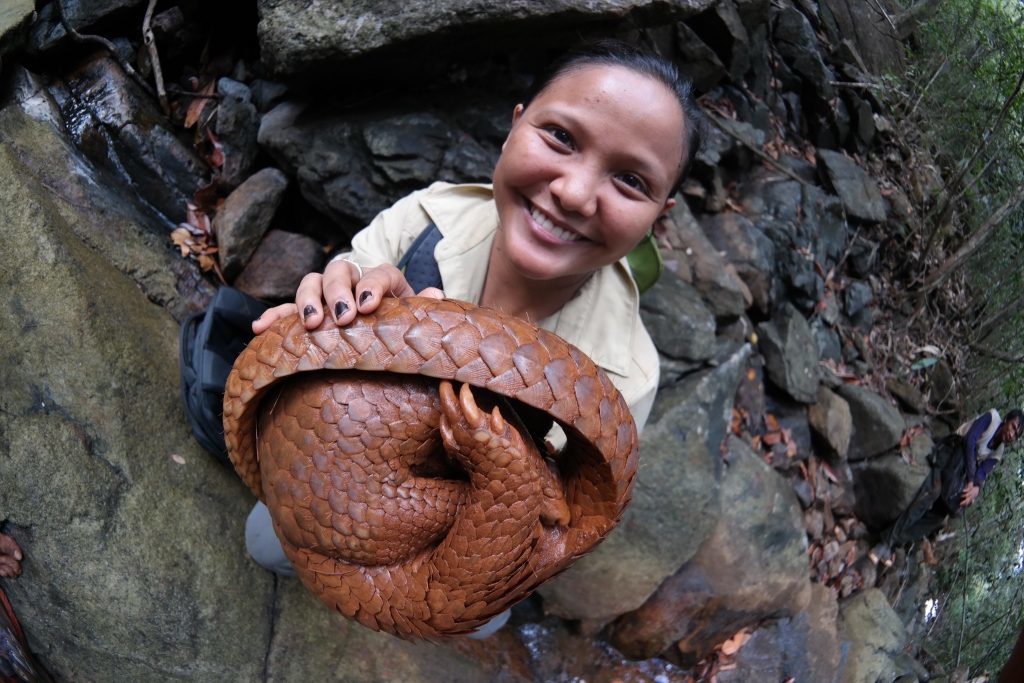 Jessa with a Pangolin, the mascot of Cleopatra’s Needle Critical Habitat. (Photo courtesy of Jessa Garibay)

Q. What makes Cleopatra’s Needle such a special place for you?

A. I first visited Cleopatra’s Needle around 2010–back then, I did not know much about it. After that trip, the image of the lush forest, the lovely Batak people and the clear refreshing river never left my memory. From the town proper of Puerto Princesa, it is very easy to spot Cleopatra’s Needle as it is the highest peak with a height of 1,593 masl. Since starting working in the area in 2014, we have learned so much about its forest and how it is teeming with so much wildlife. Every time I see it, I am always reminded of the positive image of my hometown even if ‘development’ is happening now in many places. Puerto Princesa will always be a ‘City in the Forest’ thanks to beautiful natural areas like Cleopatra’s Needle.

Furthermore, it will always be a symbol of inspiration for me to do more conservation work. That work does not end there, but in fact, our work just begun! I will never look at it the same way as I did in the past, and it will always have a special place in my heart no matter where I go. 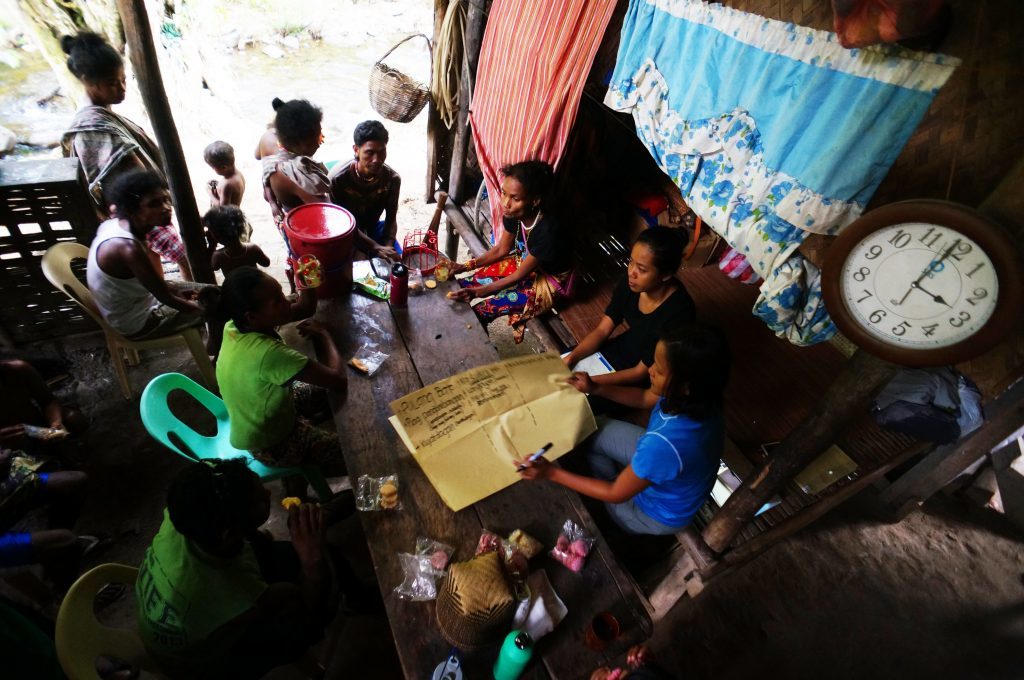 Q. You had a particularly big win in 2016 with the establishment of the Cleopatra’s Needle Critical Habitat. What comes next?

A. Our team is looking for opportunities to do more research in other regions of the province, and are looking forward to having more areas declared as conserved areas in the future. We are also developing projects to support the communities around Cleopatra’s Needle when it comes to sustainable livelihood opportunities, additional research studies with students and volunteers, as well as education campaigns at schools near the area.

Q. Are you hopeful for the future of wildlife? Why or why not?

A. Definitely! As a young person in conservation, I am seeing an increasing number of people my age appreciate nature more and more, and who are keen to study it. Also, there are a lot of environmentalists who are very supportive to younger people like me and have shared so much to inspire and educate their communities about wildlife. It will not be an easy thing–we are going up against unsustainable and damaging changes everywhere in the world! But, if we all do our share and continue to be advocates, there is no doubt that there is a good future for wildlife. 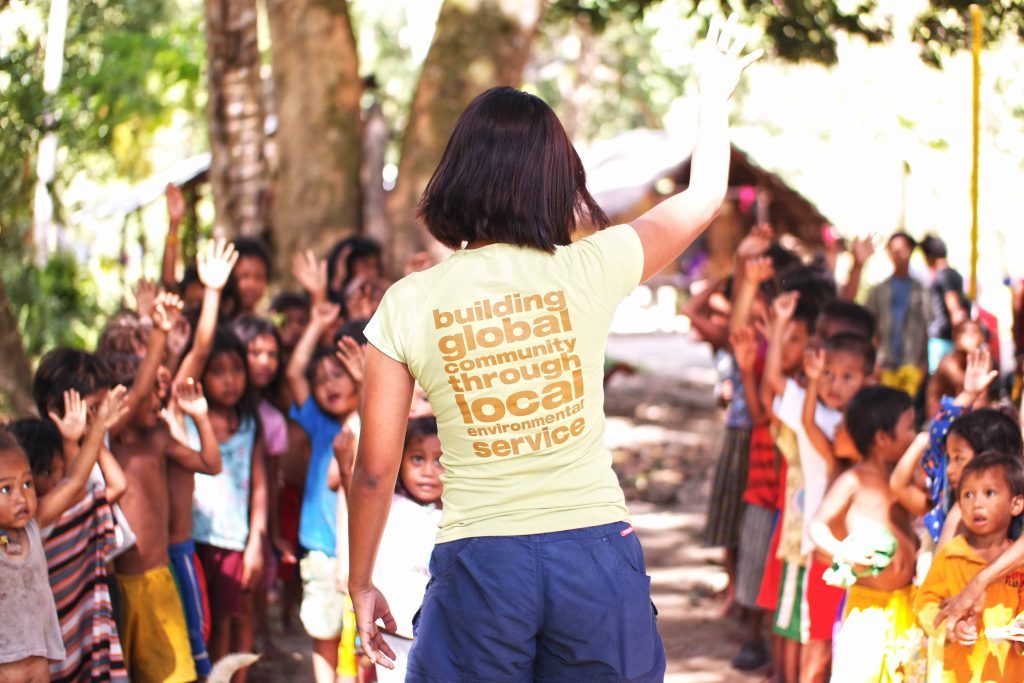 Q. Why should everyone care about saving wildlife?

A. Everyone should care about saving wildlife because this is not just an issue for those who work in research-orientated groups or environmental organizations, it is an issue that needs action from all of us who live on this planet. We need wildlife because they contribute so much for the balance of our environment. Without them, there will be no food on our plates, no clean water or air…in short, no future for our children and their children.