In January we were thrilled to welcome our new data and metrics manager, Carrie Stengel, to Global Wildlife Conservation’s growing team. Carrie visualizes programmatic and species conservation data for a range of purposes and audiences. She will help GWC focus on creating efficient systems of collecting monitoring and evaluation data to determine and track conservation impact. Prior to joining GWC, Carrie was a data visualization specialist at the WWF, working on global tiger conservation. Carrie responded to a few of our questions about her important work and love for wildlife, and she shared some of her past data visualization projects and favorite data visualization products from other sources. 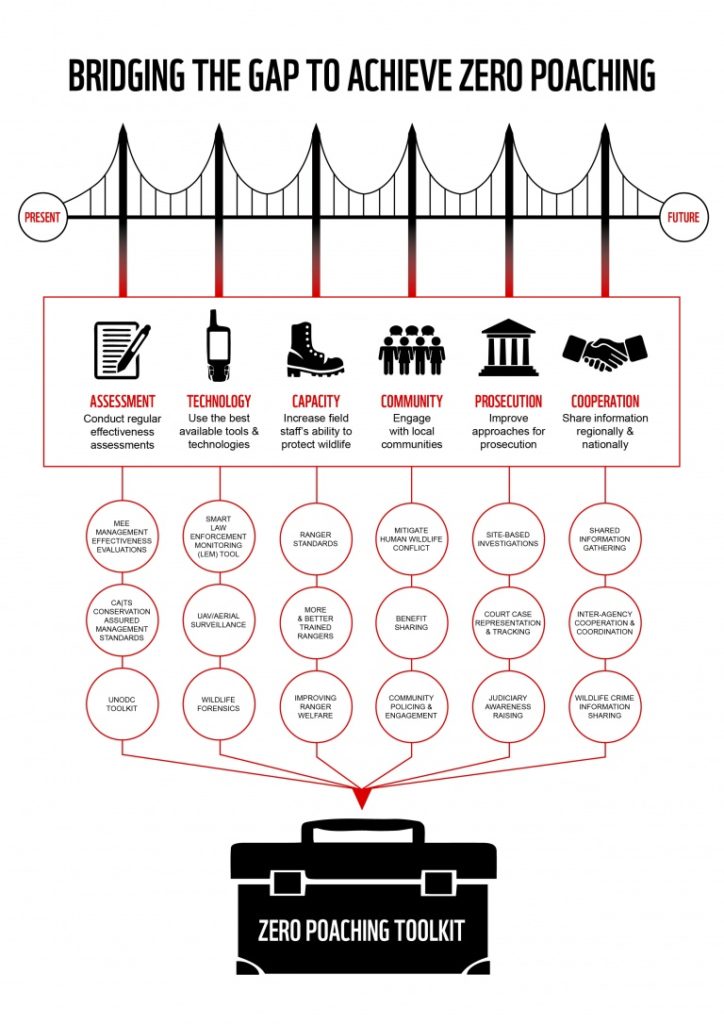 In this data visualization developed for WWF, Carrie shows the elements and goals of the Zero Poaching Toolkit.

Q. How did you develop your passion for conservation?

A. From childhood I’ve always been interested in nature and wildlife–I think most kids are, but maybe it fades for some. It never really left me; I still get that wide-eyed feeling of wonder when I get to the top of a mountain and see the view or learn about a species I didn’t know existed. It’s actually fairly addictive! There’s so much to discover and appreciate on our planet; I likely got into conservation as a somewhat selfish means to an end of keeping things around so I can see them.

Q. What will your primary objective be as GWC’s new data and metrics manager?

A. To design a clear and flexible system of tracking GWC’s conservation impact at multiple levels so we can see 1) how we’re doing on a GWC project, alongside 2) how the subject of that project (ex. a species, an area) is doing globally and, if applicable, 3) how projects are impacting global conservation status. We want to design a system of indicator questions that can roll up to summarize info at different levels as well as different spatial and temporal dimensions. 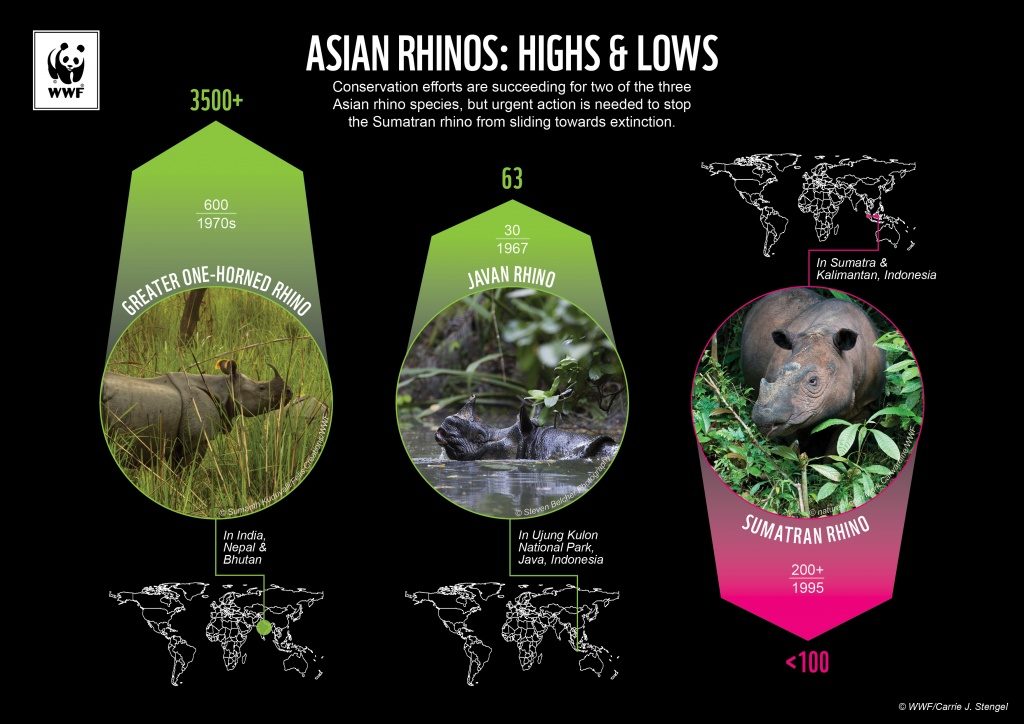 Carrie developed this data visualization during her time at WWF for World Rhino Day, highlighting the three Asian rhino species.

Q. How do the visuals that you create based on complex data help support conservation?

A. The goal is to create deeper understanding so we see impact and work more effectively, so people understand why it’s important, so our work continues to be supported. Conserving a species or place is something anyone can wrap their head around: generally it’s something like “The situation is ___ now and we want it to be ___ in the future.” It’s a simple goal-oriented thing, however the process by which long-term change is effected is typically quite complicated. Detailing the complexity of conservation work or, working the other way, distilling complex work down to something understandable, is key to getting people to understand what’s at stake with the choices we make for our planet.

Q. What is your favorite part of working in conservation?

A. Getting that wide-eye wonder feeling when learning new things and the satisfaction of creating a good system or visualization. Also meeting people; the people in conservation have got to be some of the most eclectic, weird, fun, engaging individuals on Earth. Things are never boring! 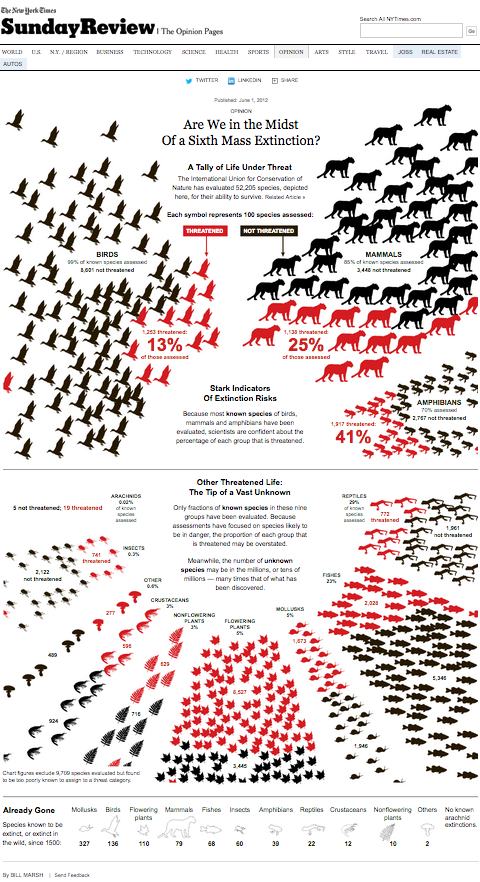 This data visualization is one of Carrie’s favorites, from The New York Times. She says: ” Bill Marsh’s black-and-red image shows species at risk of extinction based on data from the International Union for Conservation of Nature. I like the dramatic but clear color and icon use as well as the choice of layout. It’s got a fractional aspect to it which makes it really accessible, while avoiding all the pitfalls of pie-charts.”

Q. Why is a conservation impact monitoring system important for an organization like GWC?

A. An impact monitoring system is important for any organization, but it’s especially important for a conservation organization. Not only are we are trying to effect large scale change for species and places, we’re trying to fundamentally shift our species’ relationship with the planet. We’re trying to change the trajectory of our future. If we aren’t showing what we’re doing, why we’re doing it and the repercussions of failure/success, then we’ve lost the bigger picture, the argument for change.

Q. What is your favorite wildlife species or taxa? Why?

A. I don’t have a favorite species or taxa, which is probably why I got into M&E systems and visualization: so I can work on all of them! I do have an ever-growing and ever-changing list of species I want to see in the wild. Topping the list right now are whale shark, polar bear and snow leopard.