As of this year, I will have been studying and observing primates in the wild for exactly 50 years. I owe my lifelong love of wildlife in part to my mother, who had a passion for wildlife that she instilled in me as a child growing up in New York, mainly by taking me to the Bronx Zoo and the American Museum of Natural History many times beginning at a very early age. The other big influence in my life was Tarzan (of the Apes, of course), which drove me to seek adventure in the world’s wild places, and especially in rain forests. Indeed, in the first grade, when asked by my teacher what I wanted to be when I grew up, I immediately replied “Jungle Explorer”, which in today’s lingo would be something like “Biodiversity Conservationist”. Not much has changed since then. 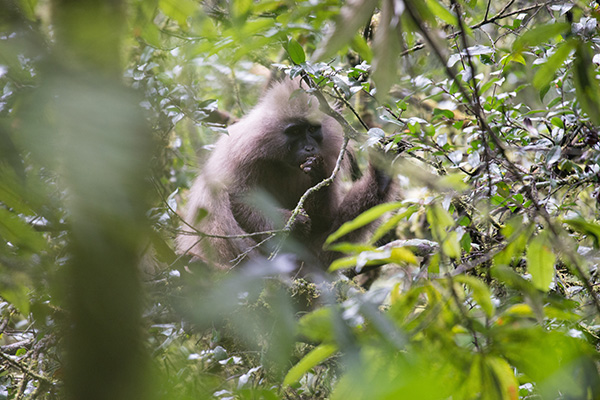 I am often asked why I am so interested in primates. First of all, they are some of the best symbols (or “flagship species”) for tropical rainforests where more than 90% of them are found. What is more, they are our closest living relatives, and are a particularly diverse and interesting group of animals in terms of the behavior and ecology. But in the final analysis, I work on them because they are cool, cute, endearing, and generally fun to search for and to observe. Some people are just naturally attracted to certain groups of animals for reasons that cannot always be fully explained, and I am definitely one of those as far as the primates are concerned.

It’s also true that most people don’t realize how many different kinds of primates exist, so I have spent a good part of my career trying to figure that out and trying to see as many of them as possible in their natural habitats. At present, there are a total of 80 genera, 514 species and 706 different taxa (species and subspecies combined) of primates. Indeed, it is amazing when we realize that just since 2000, we have described fully 95 new species of primates, and we know for certain that quite a few more remain to be described. It’s an exciting time.

Unfortunately, in spite of their great interest to us, primates are severely threatened almost everywhere that they occur, especially by the rampant destruction of their tropical forest homes. What is more, primates are hunted as a source of food, for sport, and often for live capture as pets or for medicinal purposes. As unusual as this may seem to those of us from the western world, hunting of primates for their meat is widespread in many parts of the tropics, to the point that primates are even a preferred food in some regions.

This combination of threats has led to primates becoming the most endangered larger group of mammals, with more than 60% of all known species now classed as Critically Endangered, Endangered or Vulnerable. The highest concentration of threatened primates is unquestionably on the island of Madagascar, which has 111 species and subspecies all of which are endemic and found nowhere else in the world. This makes Madagascar clearly the world’s single highest major primate conservation priority. But there are many other priority regions as well, including Amazonia, the Atlantic Forest region of eastern Brazil, the Guinean Forests of West Africa, the Congo forests of Central Africa, and both mainland and insular Southeast Asia.

Over the course of my lifetime, I have seen both encouraging success stories and dramatic losses of primates. Indeed, it is hard to generalize across the board because the situations vary so greatly. But the fact is that we as a conservation community have learned over the years how to conserve primates, and we have many examples of how this can be done. Many different actions are needed to achieve our goal of Zero Primate Extinctions in this century. Here I would like to focus on only one of them: primate ecotourism. 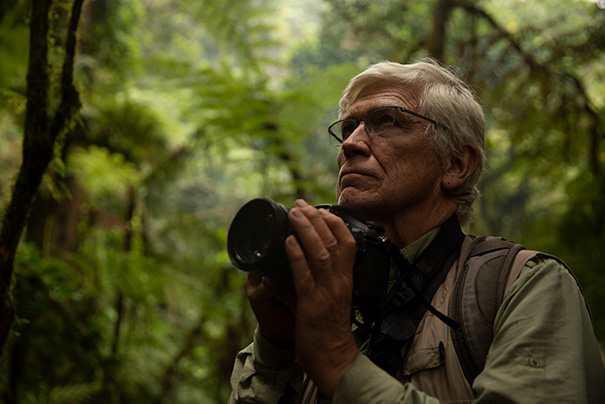 Russ Mittermeier in Tanzania during a trip to see the Kipunji Monkey, the 79th and last genus of monkey on his primate-watch list. Credit: Stuart Dunn/BBC

I first began to promote primate ecotourism about 20 years ago, basing it on the birdwatching model. My oldest son John is a world-class birder, and I was amazed by how interconnected the birdwatching community is. What is more, birdwatching is a major economic driver. More than 50 million people in the USA alone self-identify as birdwatchers, and the industry in the USA is valued at more than $50 billion. At a global level, it would be much more. So, I thought, why not try to do something similar, albeit it at a smaller scale, for primates.

Since several models for primate-watching already existed, of which Mountain Gorilla tourism in Rwanda and Uganda is the oldest and most successful, I decided to develop primate-watching and primate life-listing as a new endeavor. To facilitate this, we have produced over the years a wide variety of materials over the years, including field guides, pocket guides, posters, stickers, t-shirts, and, most recently, an App for lemur-watching in Madagascar. What is more, I have used my own primate life-list, now at more than 400 species and subspecies, as a stimulus to engage others. In fact, I have de facto been a primate-watcher and primate life-lister since I saw my first spider monkey in the Mayan ruins of Tikal in Guatemala back in 1970, and I have never let up.

Early on, I realized that it would be almost impossible to see all primates in the wild in my lifetime. I therefore set for myself a more achievable goal – to be the first to see all 79 genera in the wild. And I am delighted to announce that as of April 2019, I became the first person ever to achieve this when I saw number 80, the Kipunji (Rungwecebus kipunji), in the wild in the mountains of southern Tanzania. This was accomplished thanks to my good friend Tim Davenport of the Wildlife Conservation Society, who determined that the Kipunji Monkey should be its own genus in 2006. What is more, I had the great good fortune to have BBC along to film this encounter, and to include in their outstanding new series Primates.

I was also particularly pleased to have with me on this trip my birdwatcher son John, who was the inspiration for primate-watching to begin with.

So, what does primate ecotourism and primate-watching mean for primate conservation? Well, actually it is one of the most effective tools that we have available to ensure the long-term survival of these animals in their natural habitats. To begin with, it dramatically changes the way local people perceive the value of primates. With just one paying tour, they begin to realize that primates can provide economic benefits to them, and that conserving them, as opposed to hunting them for food or destroying their habitat, can have a major impact on their own lives. And it can quickly lead to the creation of local guide associations, hotels to house visitors, and all the other service activities associated with tourism. In addition, it can become a source of local pride when people realize that they are the only ones in the world who have these species in their forests and that they are responsible for their long-term survival. This is not conjecture. It works, and I have seen it work over and over again in many different cultural settings and in every region where primates occur. 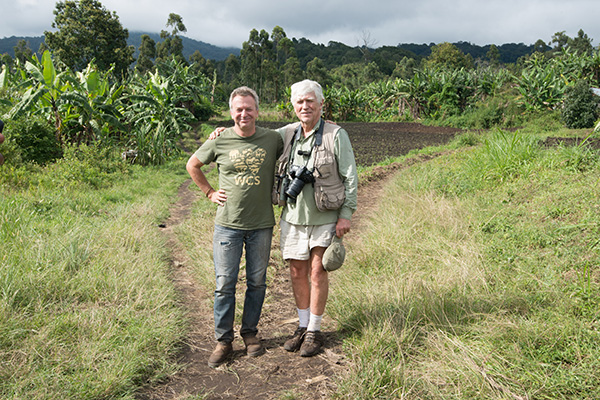 Tim Davenport (left), put the Kipunji Monkey in its own genus in 2006. Credit: John C. Mittermeier

Clearly, this is not the only thing needed to save primates. But I have found that it can be the fastest way to change behaviors and generate revenue, first at local levels and then, in cases like that of the Mountain Gorilla, at national levels—to the point that even central governments take notice.

What is the future for primates in the wild? Well, in spite of all the challenges that we face, I am optimistic that we will be able to save representative populations of all primate species around the world. We need to be creative; we need to be deeply committed; we need greater public awareness of their importance and their plight; and we need more resources to implement the conservation action plans that we already have available. In light of this, I am especially pleased that BBC, with its enormous worldwide influence, has chosen to include primate conservation themes, and especially a segment on primate ecotourism, in their amazing new series Primates.

Dr. Russ Mittermeier is Global Wildlife Conservation’s Chief Conservation Officer. In this role, he leverages his extensive experience and network to protect wildlife and wildlands—enormous reservoirs of biodiversity and key components in preventing runaway climate change— particularly in biodiversity hotspots and critical wilderness areas. Mittermeier came to GWC from Conservation International, where he served as president from 1989 until 2014, and most recently as executive vice chair. He also chairs the IUCN/SSC Primate Specialist Group.